With a mixed Portuguese and Chinese heritage, Macao's food is a revelation. We reveal the best places to eat in the destination that was recently named a UNESCO Creative City of Gastronomy...

Because of its history, Macao’s local fare draws on an array of influences and ingredients, from southern China to Portugal (via South America, Africa, India and Malaysia). But it all takes shape in one particular cuisine: Macanese, a style of cooking 400 years in the making. 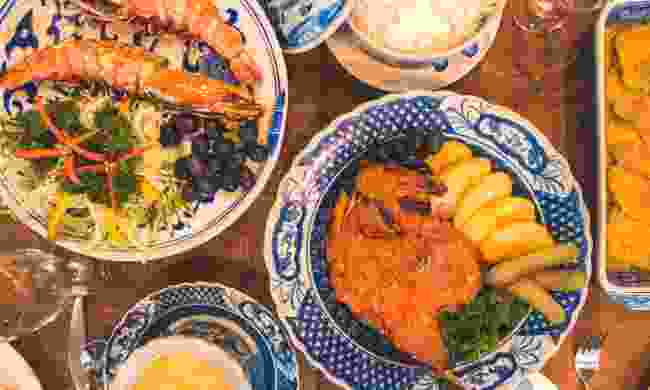 National dish African chicken is the perfect Macanese mash-up, its origins endlessly debated. It was reportedly dreamt up in the 1940s by a local chef experimenting with spices found on a trip to Portugal’s African territories. The dish is a half chicken smothered in a spicy peanut sauce – satay meets chillies, and every bit as satisfying as that sounds. Drop in on Restaurant Litoral on Rua do Almirante Sérgio to sample one of the best versions in the city.

“stir-fried minced beef or pork shot through with soy sauce, fried potatoes and topped with a fried egg”

Then there’s minchi, one of Macao’s best-loved dishes. Every Macanese family has a favourite version, but it typically features stir-fried minced beef or pork shot through with soy sauce, fried potatoes and topped with a fried egg. Hunt it down in the backstreets of Old Town at Riquexo Café, overseen by centenarian Aida de Jesus, who still converses in Macao’s little-heard Patuá creole, itself a fusion of Portuguese, Cantonese and Malay.

The influence of Macao’s location on the south coast of China can be spotted throughout the destination, and its restaurant scene is no exception. There are plenty of glitzy options, with The Eight in Grand Lisboa the first and only Chinese restaurant here to be awarded three Michelin stars – its dim sum is worth the airfare alone. But it’s not all high-end. 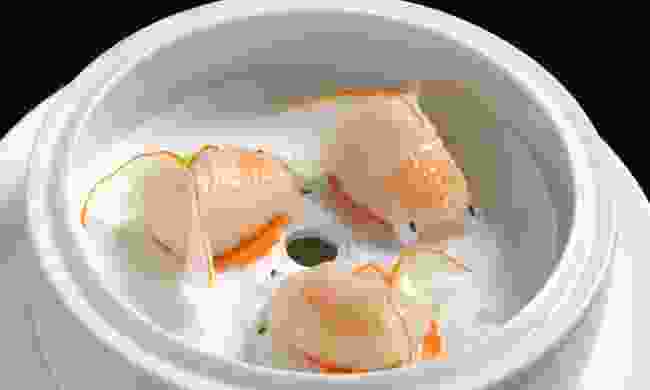 To see where the locals eat, head to the markets of St Domingos and St Lourenco. Hawker stalls dish out stocky beef brisket noodle and silky wonton soups by the gallon, but the local favourite here is undoubtedly the curried fish balls, swimming in spicy sauce. Hang Yau, nearby on Travessa da Se, is famous for theirs, offering kaleidoscopic shapes and sizes (candy-striped with fish roe, bristling lobster balls, or even stuffed with cheese). Finish with a steamed milk pudding at Yi Shun, off Senado Square – the perfect end to a Chinese Macao feast.

Grab a taste of Portugal

Chinese food is found everywhere in Macao, but the Portuguese influence runs deep, too. Classic dishes include bacalhau – cod that has been dried and salted – prepared in myriad styles. O Santos, a 30-year-old local favourite tucked into the backstreets of Old Taipa, serves this dish in nine different ways, but you’ll typically find it roasted, stewed or slaked in rich cream. 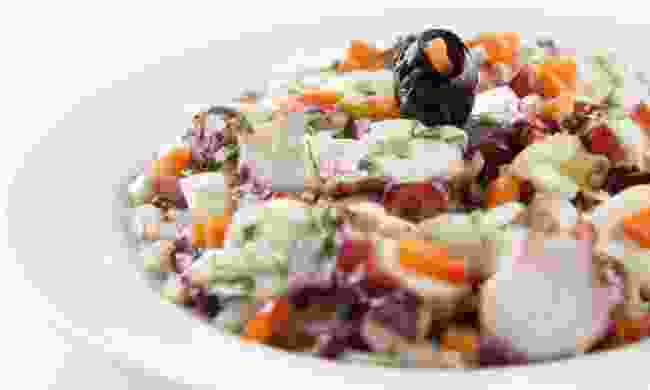 Other Portuguese favourites to make their way to Macao range from arroz do pato (duck rice) to suckling pig, with Taipa home to the bulk of its old-school restaurants. António on Rua dos Clerigos is famed for its seafood rice, while nearby O Manuel (if you order in advance) can roast up a whole hog on command. Be sure to also try açorda, a dish of thinly sliced garlicky bread that is cooked, mashed and served with an egg – or better still, sprinkled with fresh seafood at A Petisqueira on Rua de Sao Joao.

Take to the streets

Macao has street food gems aplenty (some Michelin-recognised), but if you want to sample them all in one area, make for Rua do Cunha in Taipa. Skip from the almond cakes and lard-filled cookies of the 120-year-old Fong Kei bakery to the famed durian ice cream of Mok Yee Kei, as the aroma of pastries, jerky and candy sweeps you along.

Just a few streets away, queues at another Macao favourite spill out the door. Tiny eatery Tai Lei Loi Kei has been in operation since 1968 in one location or another, dishing up thick, marinated pork chops (bone included) that are then fried and encased in a crispy bun. It’s a local speciality and much imitated, but it pays to head to flagship cafe on Rua Correia da Silva in Taipa for your first bite. 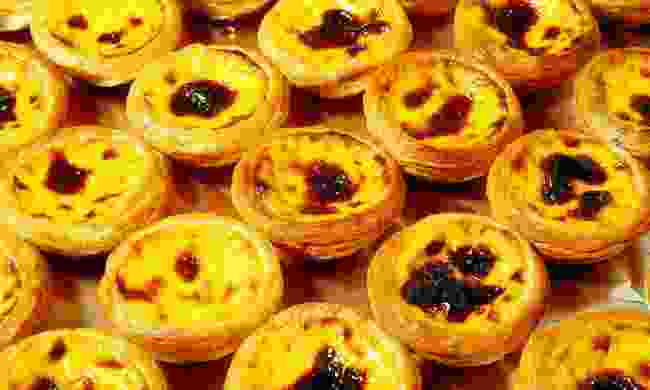 One snack is synonymous with Macao above all others, though. Some 30 years ago, Brit Andrew Stow took the classic Portuguese pastel de nata (egg tart) recipe and tinkered with it, adding a more solid, British-style custard. Today, his Lord Stow’s bakeries and cafes sell 14,000 tarts a day. Head to the original in Coloane to see where it started and ascend to foodie heaven.