Get active in Macao

The forests, coasts and viewpoints of Macao offer a glorious chance to stretch your legs and see a gentler side to the region, out among the trails and cycle routes of the south and beyond…

Hike the forests and coast of Coloane

The southern reaches of Macao are a world apart from the reclaimed glitz of the Cotai Strip or the bustling Peninsula; even the Portuguese didn't set foot here until the mid 1800s, some 300 years after they claimed the rest of the territory. This is the green lung of the region, following a huge reforestation programme that began in the 1980s, and whilst the trails aren’t tasking, they are immensely satisfying.

“Coloane is the green lung of the region, following a huge reforestation programme that began in the 1980s” 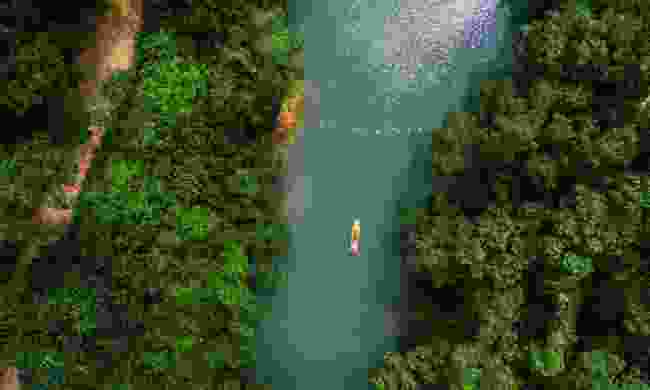 It's no secret that Coloane is Macao's wildest escape (MGTO)

The largest hike is the Trilho de Coloane, an 8.1km loop that threads the forested hillsides surrounding the village and trickles down to Hac-Sa Beach. Despite the odd steep incline (stone steps veer off up to the highest point at Alto de Coloane; 172m), it’s relatively flat and has plenty of detours and extensions along the way, including a fine pair of trails (the 2.65km Family and 1.5km Fitness walks) that loop the Hac-Sa woods and reservoir north-west of the eponymous beach.

For true peace, however, the Long Chao Kok (1.2km one way) trail that inches along the rocky headland of the south-east feels far removed from anywhere on the island. Widescreen views out to the China Sea and the chance to pad shores that were once the domain of the pirates that operated here as late as the early 20th century make it a rare escape.

Macao’s cycling trails are pretty sedate but no less charming for it, offering a chance to explore Taipa and the quiet south at a gentle pace. Rent a bike and make for the Leisure Area of Taipa Waterfront, starting at the tip of SaiVan Bridge. It’s not exactly out in the wild, but it is well separated from the road and has some fine views out over the water to the peninsula skyline, as you cruise the front keeping an eye out for the scattering of mangrove that peer out offshore. 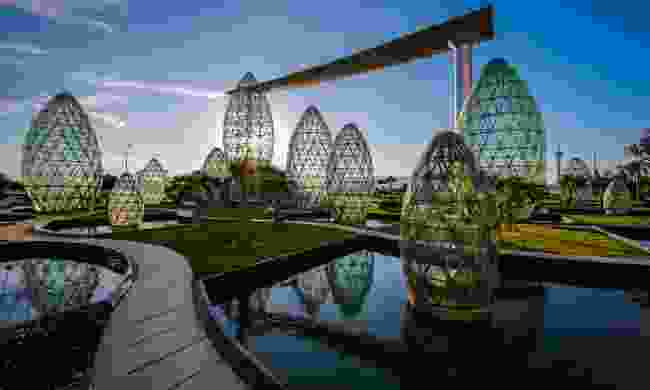 Pedalling the waterfront of Taipa offers a gentle escape (MGTO)

Similar to Taipa, Cotai’s Lotus Cycling Route is an equally charming escape, threading a path alongside Avenida Marginal Flor de Lotus. There are plans afoot to link the two cycling trails up to make a 6km pedal that reaches all the way down to the north-west of Coloane at Lei Chi Vun village. For now, only sections of it are open, totting up 3.25km of gentle pedalling, and it’s well worth taking the time to get out and explore.

The shorter mini-trails of Taipa are easier in the hot summer than the longer routes winding the coast of Coloane, though are still best done in the cooler morning and early evening hours. The 800m Jardim do Lago & Taipa Houses trail even includes an inclined lift that leads to an observation deck with views out over the old mansion houses that are a legacy of the Portuguese influence on the island. 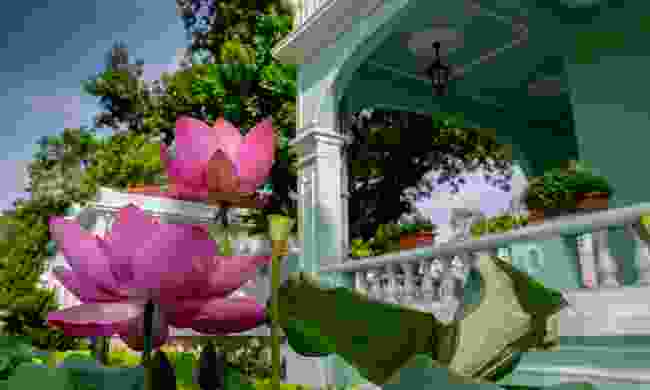 A slightly sterner test is the Grande Taipa (4km) and Taipa Pequena (2.3km) trails, which ring the two highest points of the island. The former is steeper, ascending to just under 160m above sea level, and passes a beautiful stretch of camellia gardens, which are at their best in the first few months of the year, when in full bloom.

Stroll up a tower 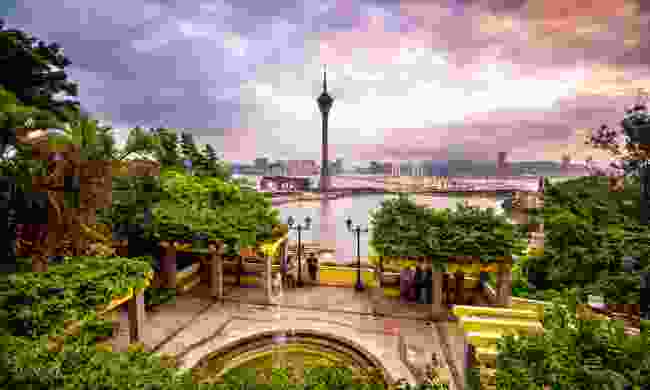 There are plenty of impressive views to be found across Macao, but few as hard won as those from outside the Macau Tower (338m). For those not wanting to jump off it entirely (bungy rope attached, naturally), the less extreme but no less adrenaline-inducing skywalk sees you ascend to 233m and venture out onto a walkway with no railings, peering over the edge to the bustling cityscape below.

“Views stretch out beyond the city and peninsula, as the warm wind batters against your face and the South China Sea swallows the horizon whole”

For the truly brave, there’s the opportunity to go full King Kong on the Tower Climb. This sees you clamber up all 338m to the tip of the building’s antenna. From there, views stretch out beyond the city and peninsula, as the warm wind batters against your face and the South China Sea swallows the horizon whole. The best panorama in Macao.