4 tips for foodies in Hong Kong

Hong Kong’s food scene rivals that of any city in the world – especially if you know where to look. Read our guide on what to eat when you're in the city...

You can’t walk down a street in Hong Kong without seeing someone studiously pouring batter into a waffle iron. What emerges is something akin to eggy bubble-wrap, a slightly chewy honeycomb of waffle puffs beneath a crisp shell. Gai daan zai (little eggs), as they’re known, is comfort food at its simplest, thought to have been invented by enterprising Hong Kong shopkeepers in the 1950s trying to turn broken eggs into solid profit. Little did they know they were creating a local icon. 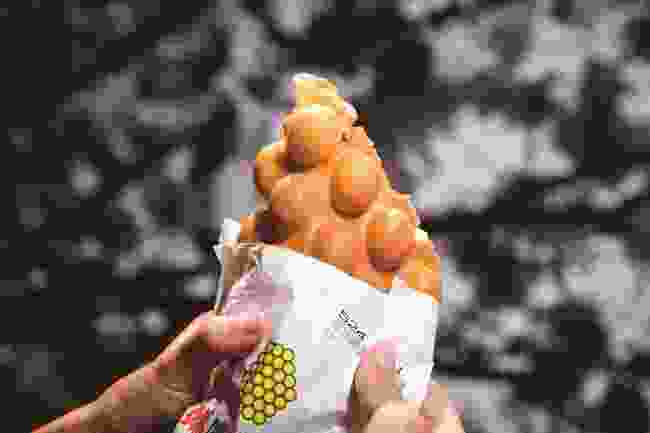 Egg waffles are a local icon (Hong Kong Tourism Board)

Today, egg waffles come in all flavours (Mammy Pancake on Carnavon Road even does green tea with chocolate chips!), and often with a dollop of ice cream on the side. But traditional gai daan zai, such as those at Tai O Charcoal Grilled Egg Waffles on Kat Hing Street, are served plain and made using two moulded skillets held over a charcoal fire, the smell of the cooking every bit as satisfying as that first bite.

Seeing the queues stretch outside Sing Heung Yuen, at the knuckle of Gough and Mei Lun streets in Central, tells you that you’re in the right place. Often, lines of hungry diners at this enduring icon of Hong Kong’s dai pai dong (big licence plate stalls) wrap around the block while the patient few sit slurping on its signature tomato noodle soup or crunching on a fresh cui cui (‘crispy crispy’) bun. 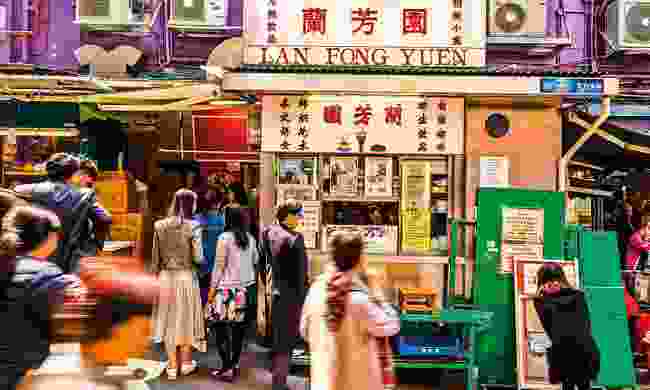 However, Hong Kong’s old open-air hawker restaurants have been a diminishing sight since the 1960s, when they once ran rampant across the city. Today, licences are only able to be transferred between family members, meaning where once there were hundreds, now less than 30 of the original dai pai dong still exist across the city, many handed down across several generations.

“Grab a seat, a cuppa and one of their fine belly-popping pork-chop buns and just soak in the atmosphere.”

Central is home to some of the best and oldest stalls, with Sing Kee on Stanley Street dishing up delectable sweet-and-sour ribs and sumptuous clams beneath the high-rises. Elsewhere, be sure to check out Gage Street’s Lan Fong Yuen, which has specialised in pouring old-school Hong Kong-style milk tea since the early 1950s – a drink known locally as ‘pantyhose’ tea for the method used to strain it. Grab a seat, a cuppa and one of their fine belly-popping pork-chop buns and just soak in the atmosphere.

The docks of Sai Kung town are as far removed from the high rises of Central as it’s possible to get. Take the A1 bus from Choi Hung Station and you’ll find yourself in another world, one of floating seafood markets where fishermen hawk everything from mantis prawns to sea cucumbers from their boats on the dock, exchanging cash for goods using a net on a long pole. 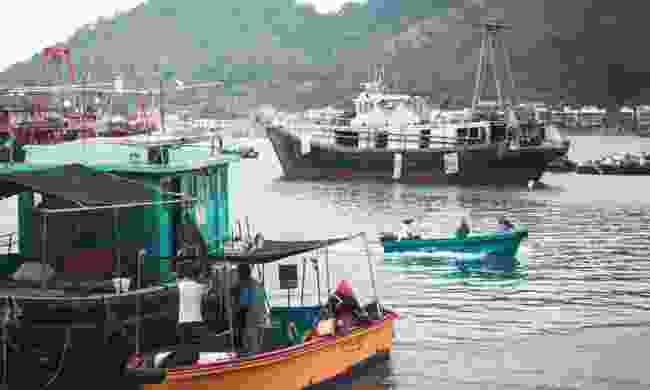 The area is naturally also known for its open-air seafood restaurants, where you choose at the tank, pay by the weight and say how you want it cooked (go spicy for crabs and prawns; steamed with ginger and spring onions is fine for meaty fish). Some, such as Chuen Kee Seafood, have set menus, which can make ordering a lot easier if you’re still struggling to get your head around the whole ‘pay by weight’ concept. But just diving in is all part of the fun. 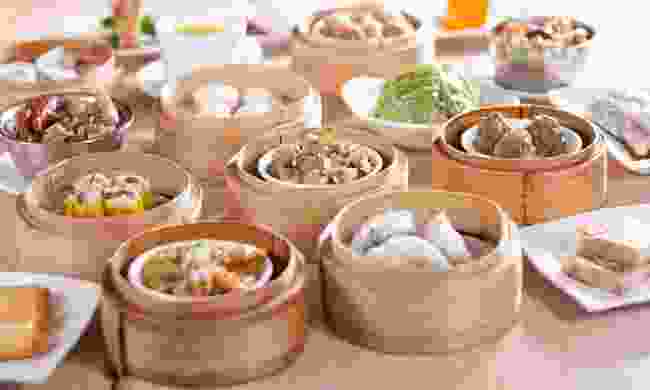 Yet the shape, size and variety of dim sum in the city is breathtaking. When the original Tim Ho Wan, a tiny hole-in-the-wall in Mong Kok (there are now branches across the city), became one of the cheapest Michelin-starred tickets on the planet, it was no surprise – its baked char sui bao (barbecued pork buns) always were an ill-kept secret, not to mention a witty take on the classic steamed buns.