The cities of Hong Kong and Kowloon evolved out of myriad tiny communities, many of which kept their unique traditions. Exploring these neighbourhoods makes for a thrilling day out 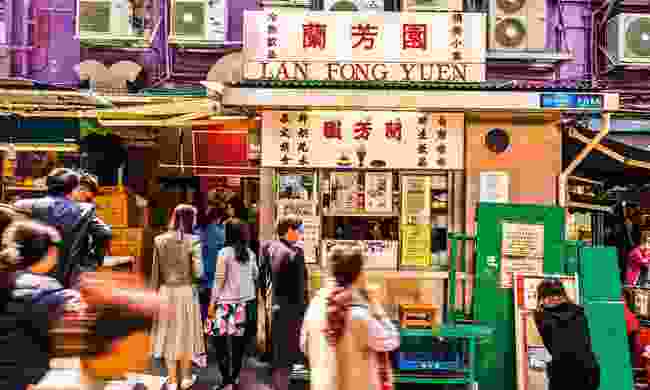 Old Town Central (OTC) is a microcosm of Hong Kong: tradition jostling alongside modernity at every step. Begin in Possession Street, where the British first planted their flag in 1841 and took the island for the Crown (see ‘Wan Chai’ for where this saga ends). There’s no plaque to mark the spot, just a busy intersection; that particular legacy lives on more in cafes like Lan Fong Yuen on Gage Street, where authentic Hong Kong-style milk tea still oils the city.

One way to explore OTC’s fascinating past is to follow the Dr Sun Yat-Sen Historical Trail, a two-hour wander through the life of the man who helped break China’s imperial yoke and found the Republic in 1912. The trail winds schools, churches and sites of revolutionary interest, glimpsing a thrilling time in Chinese history through one man’s life.

However, the cultural soul of OTC lies in the jade-coloured Man Mo Temple, with its shrines to the gods of war and literature. Around it has grown an enclave of galleries, with the old Central Police Station now re-opened as a Heritage and Arts Centre called Tai Kwun, offering a rich insight into the living history of the area. Grab an egg tart at Tai Cheong Bakery (60 years old and counting) and finish over in Tai Ping Shan Street, where labourers from the old Kowloon Wharf used to worship. It’s the oldest part of the city, and its low-rise houses, temples and beech-shaded streets still hold out against the slow gentrification of Hong Kong’s past.

It might not seem likely now but this clutch of markets and tower blocks was once a busy dockland. Yet by the mid-1950s, land reclamation had claimed the last of Sham Shui Po's waterfront, and its streets today are defined more by the bargaining of its stallholders. Stroll from the toy shops of Fuk Wing Street and gadgets of Golden Computer Arcade, to the fabrics of Shek Kip Mei Street and Ki Lung Street to get a true feel for the area and find the odd gem along the way. 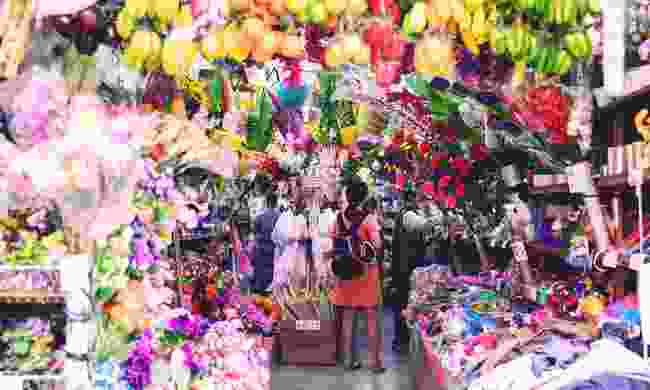 Sham Shui Po offers an unvarnished glimpse of the old Hong Kong. Kung Wo Beancurd Factory has been dishing up tofu pudding and soy milk to local traders here for five generations, while the paper crafts of Bo Wah Effigies summon an era long before this working-class area found its hustle. As you wander, flashes of street art colour the old brickwork – Okuda San Miguel’s 11-storey Rainbow Thief is an Instagram icon – but it’s among the area’s flea markets, haggling over blinking gizmos on Apliu Street, that this neighbourhood finds its groove.

Much has changed since the days when Wan Chai’s ‘gentlemen’s bars’ inspired the notorious 1950s novel The World of Suzie Wong. The old printer’s alley of Lee Tung Street has given way to a slick mall, and while all that remains of the original market is its Bauhaus-style façade (its vendors moved across the road a decade ago), pockets of heritage can still be found among the shinier, newer buildings. 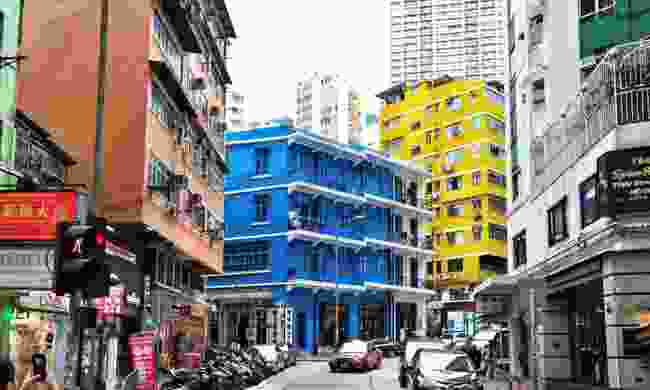 For a glimpse into Hong Kong’s more recent past, Golden Bauhinia Square is worth a visit; this is where the British handed the island back to China, and it still toots to the sound of a patriotic police band once a month. Elsewhere, the Blue House tenement blocks of Stone Nullah Lane survived the wrecking balls (and Second World War bombs) to become a local icon, and a fine museum here recreates life in pre-war Hong Kong.

“Golden Bauhinia Square is where the British handed the island back to China, and it still toots to the sound of a patriotic police band once a month”

There’s plenty of room to stretch your legs. Stroll the busy wet markets of Bowrington Road and wander Wan Chai Gap Road up into the lush northern hills, far from the neon raunch of Lockhart Road or the hip eateries of Star Street Precinct. Then finish your visit by the docks, bidding farewell from the Star Ferry for timeless views of the glitzy, iconic waterfront.