The impression of Hong Kong is of a sea of glass-shelled skyscrapers, but some 70% of the region is green land, with hiking trails, cycling routes and great parks just the tip of its natural wonders

Some 140 million years ago, a giant volcano dominated the Hong Kong landscape until its spectacular collapse. The resultant ash clouds that rolled across the land helped form the giant sea stacks, caves and basalt columns to the north-east, spilling off the coast of Sai Kung to create the magnificent Hong Kong UNESCO Global Geopark. 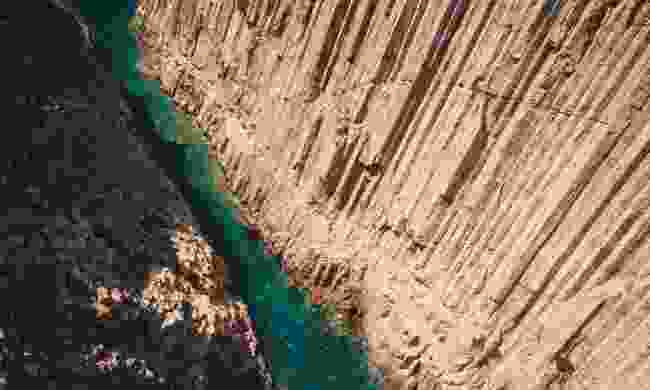 Today, the geopark spans eight locations and is best seen from the water, its steep-sided cliffs and spectacular arches dwarfing the boats and kayaks that bob below. There are a fair few impressive hikes, too, with the trek across Sharp Island to the rise of Hak Shen Tang yielding sweeping views across the island, while Green Tourism trips on both land and sea explore the area’s rich geo-diversity in the company of knowledgeable guides.

The geopark is just a taste of some of Hong Kong’s coastal wonders, though, with plenty of deserted shores offering some beautiful walks. From the sands of Silver Mine Bay on Lamma Island, where watchtowers and old mining villages still stand, to the rock carvings that went undiscovered on Shek O’s Hung Shing Ye beach until the 1970s, Hong Kong’s coast hides some remarkable sights. 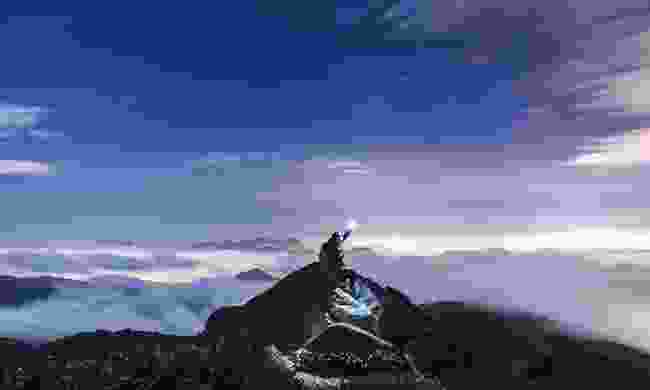 The funicular up to Victoria Peak reveals probably the best-known viewpoint in Hong Kong, and the rolling green ridges of the Dragon’s Back to the south-east are rightly lauded by hikers. But away from the most popular spots, there are plenty of trekking challenges here.

Out in the New Territories, Tai Mo Shan (957m) is the tallest peak in the region, a long-extinct volcano whose misty tip and grassy slopes can even be seen from the main city. There are several routes to its summit, with bus No. 51 from Tsuen Wan West MTR delivering you to its foot. Be sure to wrap up warm, though, as it can get chilly at the top. If you’re looking for a bigger challenge, it also links up with the 100km MacLehose Trail that crosses the New Territories from Sai Kung to Tuen Mun – a worthy five-day hike.

Alternatively, the 869m-high Sunset Peak on Lantau Island may be the third-highest rise in the territory but it’s no less dramatic for it. Most arrive here at Mui Wo on the ferry from Central, with the trailhead just a short drive away; the mountain also lies on the 70km Lantau Trail that wraps the island, so it’s easily combined with a multi-day trek. Either way, its oceans of silver grass, old stone huts and fine views are enchanting, especially during the golden hour.

Hong Kong has more than its share of wildlife, with the primates of Kam Shan Country Park perhaps the most famous. ‘Monkey hill’, as it’s known, has been a reserve since 1977 and is home to around 1,800 macaques. Strolls around the park are worth it for the 1930s-era bunkers built along Gin Drinker’s Line – just don’t feed the residents that you meet along the way.

Elsewhere, Plover Cove Country Park is not only a beautiful landscape but is home to the majority of Hong Kong’s native mammal species, from Chinese pangolins and porcupines to rarer leopard cats – a terrifying name for a feline closer in size to the domestic tabby. Trails wind past pristine pools, tumbling cascades, gnarled rock formations and the largest reservoir in Hong Kong, making for a breathtakingly wild wander. 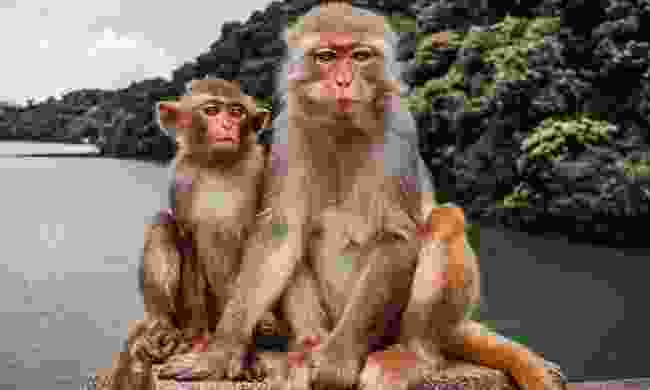 The territory is also home to a number of wetlands, with perhaps the wildest being the Mai Po Nature Reserve, along the Shenzhen border. Some 90,000 migratory birds winter here in the marshes and mudflats, including rare Saunders’ gulls and blackface spoonbills, arriving to feed on crabs and mudskippers. Organised tours run year-round, with spring and autumn the best time to catch them in the mangroves and wetlands of the Inner Deep Bay wetlands.

One of the most scenic escapes in Hong Kong is the Nam Sang Wai cycle trail. This riverside pedal is a world away from the bustling city centre, with a ferry crossing shepherding cyclists from Yuen Long (reached by MTR) across the Shan Pui River to the trailhead. 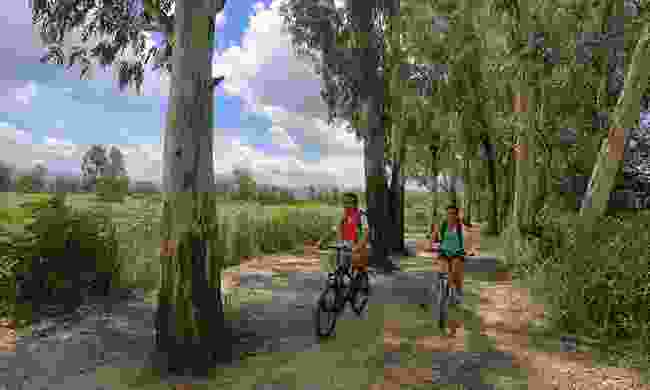 From there, you loop back to town across 20km of pretty easy-going paths. It takes around three hours and can easily be squeezed into a half day, with the pretty route winding wetlands, wooden huts, old farms and a forested trail lined with river red gum trees, brought over from Australia decades ago to try and lure city dwellers to the area. Instead, they helped to create a scenic trail that runs alongside sandbanks filled with wading birds and glimpses of old Hong Kong.