Mid-autumn festival (24 Sep 2018) is a harvest ritual celebrated across China, but few cities do so as colourfully as Hong Kong. The streets come alive with red lanterns and fiery dragons, and plates everywhere overflow with moon cakes (traditional pastries). Be sure to hit Victoria Park for the annual carnival, but first pay a visit to the neighbourhood of Tai Hang. 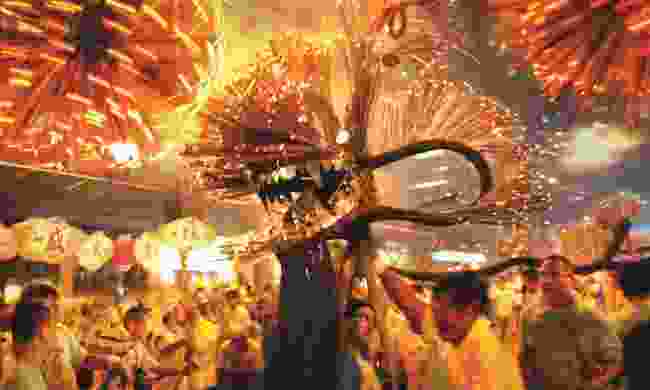 Back in 1880, this hip little area was a small village in the lee of Causeway Bay. Ravaged by a typhoon on the eve of mid-autumn festival, the local Hakka community sort to change its luck by holding a three-day dragon dance, parading the backstreets wreathed in a tirade of fire, smoke and drums to appease the gods. The tradition stuck, and locals have paraded ever since, some 300 performers emerging from the 150-year-old Lin Fa Temple each festival day to carry the 67m-long dragon aloft.

“Head down to Wun Sha Street as the dragon thunders down the road, its spine pricked with incense sticks, its eyes ablaze.”

Since then, Tai Hang has morphed from village to slum, to rising inner-city neighbourhood, but the parade remains. Head down to Wun Sha Street for the best views on proceedings, as the dragon thunders down the road, its spine pricked with incense sticks, its eyes ablaze.

Little sums up Chinese New Year better than that zing of adrenaline as the sky lights up overhead for the official firework display. All around are flashes of light and colour, with chaos in the air, so much so that it’s almost difficult to focus on the parade of floats and acrobatic performers that winds through the streets of Tsim Sha Tsui, as the night sky lights up across the harbour. Grab some mandarins or candied winter melon and gaze on, soaking it all in. 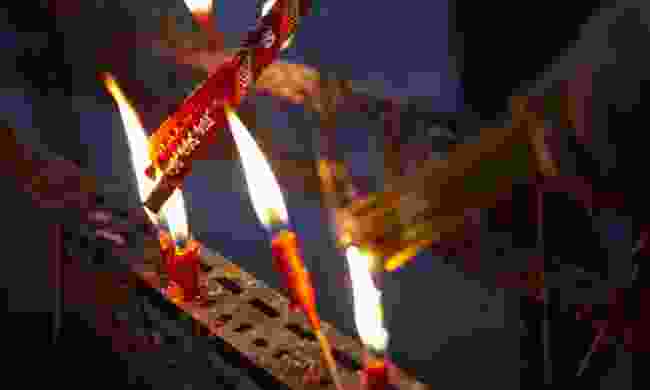 It’s not all evening celebrations, though. Some 100,000 people pass through Che Kung Temple at Sha Tin on the second and third days of the new year to pray for good fortune, and the atmosphere is electric. The same goes for the Lam Tsuen Wishing Trees, where locals flock to write down their wishes for the upcoming year, tying the paper to an orange and hurling it up into the branches of the banyan trees – if it sticks, the wish will come true. Finish at the many New Year’s flower markets, with Victoria Park and Fa Hui Park in Kowloon abloom with orchids, mandarin trees, lucky bamboo and all manner of fortuitous flora. Gong hey fat choy!

In a city built on old fishing communities, it’s not surprising that sea gods still hold sway in Hong Kong. But seeing these centuries-old festivals take to the streets and temples shows just how relevant they still are today.

Some 70 temples are dedicated to the sea goddess Tin Hau, whose birthday festival (27 April 2019) sparks celebrations citywide. One of the liveliest is in the old Yuen Long district, where a fa pau parade (towers of paper floral tributes) inches down Fung Cheung Street to Shu Ha Temple. Elsewhere, Joss House Bay in coastal Sai Kung attracts thousands of worshippers to its Tin Hau shrine, and after the celebrations have died down, you can slip into the side temple to touch its dragon for good luck. 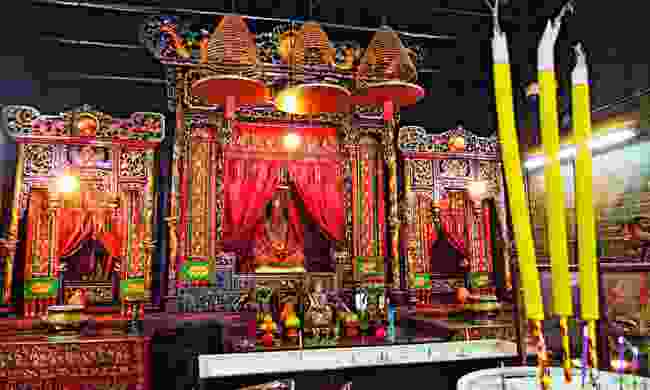 Tam Kung, the god of fishermen, demands his dues come late spring (12 May 2019), and his birthday brings about some of the city’s most colourful celebrations. As well as dancing dragons, rattling drums and plenty of music, processions are accompanied by limb-twisting martial arts performers and daring acrobats. Meet them at the parade’s end in Tam Kung temple, by the harbour front in Shau Kei Wan, where Cantonese opera performances and lion dances keep the party going.

There is no sight in the world quite like watching competitors scale an 18-metre-high bamboo tower of plastic buns, grabbing as many as possible like some ritualised version of Supermarket Sweep. This is the midnight finale of Hong Kong’s most unusual festival, which sees thousands flock to the tiny fishing island of Cheung Chau every May – and it’s worth the wait! 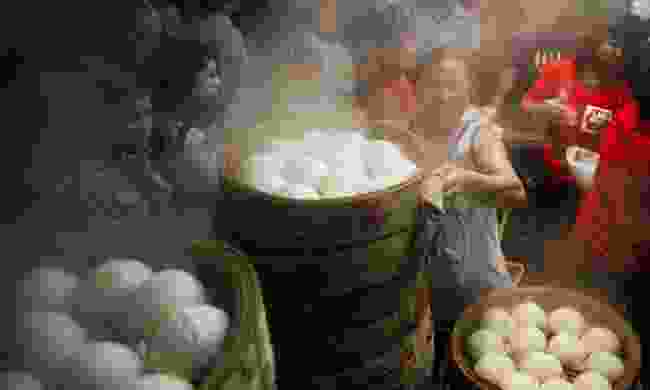 According to legend, the festival dates back to a plague that wiped out most of the island. It was only defeated when locals turned to the sea god Pak Tai, as Taoist priests set about building an altar and parading his effigy. Today, one of the highlights of the festival is Piu Sik, a procession of children carried atop stools and dressed as famous city figures to appease old ghosts. Taoist ceremonies, lion dances and burning effigies continue throughout the week, then it all comes down to the buns.

Come midnight on the last day, competitors compete to scale the plastic bun tower (real buns were banned after people kept slipping on them), scoring more points for grabbing the higher-placed ones, until someone is crowned the king and queen of the buns.

Perhaps the most spectacular deity festival is reserved for the Buddha, whose birthday marks a national holiday in Hong Kong. Known as the Buddha Bathing Festival, visits to temples across the city let you observe monks ladling fragrant waters over statues of the infant god and chanting vows for every drop spilled. In a city of some 500,000 Buddhists, it’s a wonderful way to gain a peek at local life and some of Hong Kong’s most sacred sites. 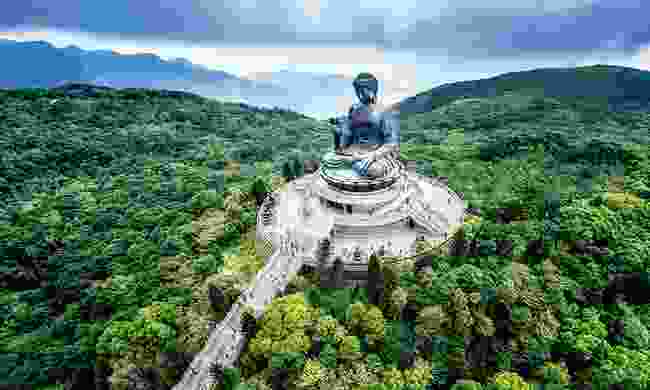 The grandest ceremonies are surely held at Po Lin Monastery, beneath the 34m-high Tian Tan Buddha statue on Lantau Island. Climb the 268 steps of the statue for sweeping views, then visit the temple opposite to see Shaolin monks perform and to breathe it all in, with non-Buddhists welcome to observe. Or if you don’t want to leave the city, head to Victoria Park instead, where a carnival runs throughout the day, with a vegetarian feast, bathing rituals and flower shows to keep watchers entertained.