With space for outdoor adventure, historic sites and fine food and drink, feel a world away with a visit to Herefordshire in England this summer...

With emerald landscapes that stretch for miles, pockets of history everywhere you turn and a raft of adrenalin-seeking adventures to be had, Herefordshire is a hidden corner of England that’s blissfully free from crowds. Here are just three reasons to visit the county… 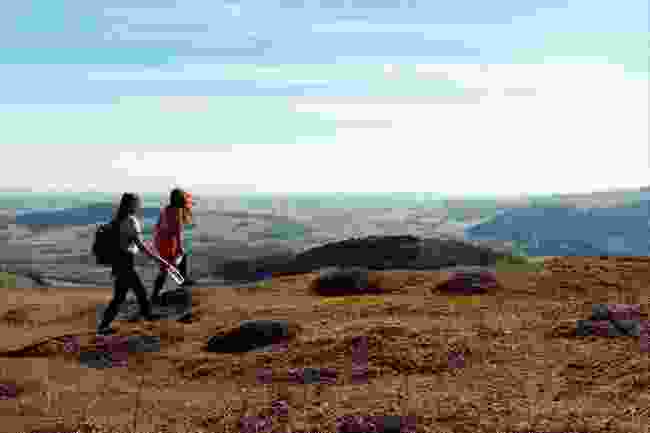 Straddling the England-Wales border with its limestone gorges, primal woodland and patchwork of green meadows, it’s no surprise the Wye Valley is designated an Area of Outstanding Natural Beauty. It’s not only a place to admire but one to get stuck into. Walk some 3,370km of footpaths that encompass villages, Norman castles and bird-rich riverbanks, pedal through hamlets and rolling countryside, or stand-up paddleboard, kayak or canoe on the River Wye. Further north, Garway Hill (over 360m) and Hergest Ridge (over 400m) are both easy climbs that reward with 360° views of the Malvern Hills and Black Mountains respectively. 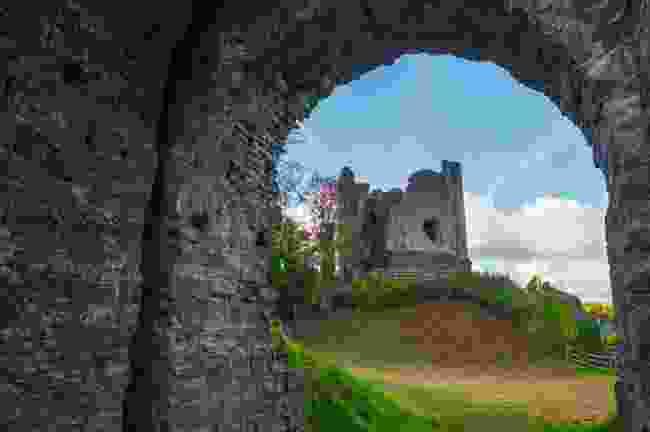 Standing on a Herefordshire hillside in 1921, local man Alfred Watkins had a brainwave. He realised straight lines webbed the landscape, linking the county’s ancient ruins and historic sites. He named these ‘ley lines’ and to celebrate their 100th anniversary, the 170km-long Watkins Way was opened this year. Like the ley lines, it connects much of Herefordshire’s history in a single circuit. Along the way, marvel at the Romanesque carvings of Kilpeck Church, admire castle ruins such as Longtown, Snodill and Wigmore, and detour to revel in the legend of Arthur’s Stone, a Neolithic burial chamber where King Arthur reputedly slew a giant.

3. For fine food and drink 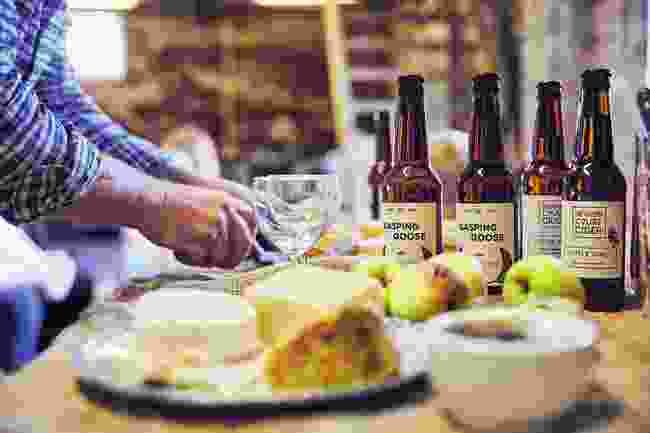 As well as being laden with adventure and history, Herefordshire’s verdant landscapes are akin to a giant pantry and the county’s vast array of restaurants are the best way to taste nature’s produce. The burgers at The Beefy Boys showcase Herefordshire’s grass-fed beef, chefs at Green Cow Kitchens forage through the seasons for wild garlic, hedgerow berries and more, while Michelin-starred Pensons Restaurant whips up fine dishes from purely local ingredients. Herefordshire is firmly cider country and is said to produce over half the UK’s cider. Get on a bike to pedal one of the three cider circuits that allow you to best explore its apple and pear orchards, country pubs and artisan cider producers. Head into one of the pubs to raise a glass, sample the cider, and make a toast to what will no doubt have been a staycation like no other.

Find a place to stay in Herefordshire

City sleep: Just steps from Hereford Cathedral, Castle House is a family-run boutique in a Grade II-listed villa, complete with its own farm-to-fork restaurant.

Rural retreat: A 17th-century manor house, The Lemore Estate not only champions the countryside with fishing, canoeing and horse trekking, but cares for it, too: there is a 4,000 square metre vegetable patch and a biomass woodchip boiler on-site.

Self catering option: With Scandi-style interiors, The Rapids Cottage brings hygge to Herefordshire. Enveloped by dense forest, you’ll instantly be reconnected with nature.

For more information, head over to the official Visit Herefordshire website.