Situated in between the Black Mountains and the Malvern Hills, Herefordshire in England is an emerald pocket of wilderness. Here are three ways to take advantage of all that splendid rural countryside… 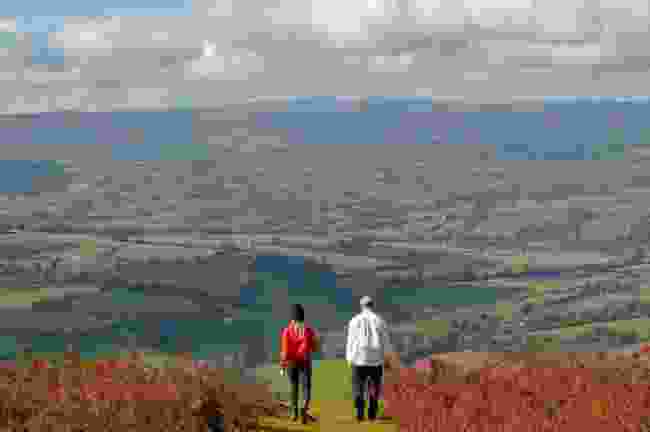 Walking trails web Herefordshire’s verdant countryside and they’re not just ideal for taking in its rural beauty but also encompass pinches of heritage. The Twin Valley Ley Line Trail is a prime example, a 70km route passing characterful churches, riverine valleys and Neolithic stones before you fill up at the Temple Bar Inn and overnight at snug Home Farm Dulas. Towards the end of the route, don’t miss Craswall Priory, England’s loftiest monastic site.

The county’s quintessentially English collection of Roasts & Rambles will have you strolling past castle ruins and caves before recharging your weary legs with a cosy pub lunch. Herefordshire may be cider country, but its temperate weather is also grape-friendly. A Perrycroft holiday cottage is a great base for three new wine walks, where you can pause at sun-dappled vineyards, including the nearby Coddington Vineyard. 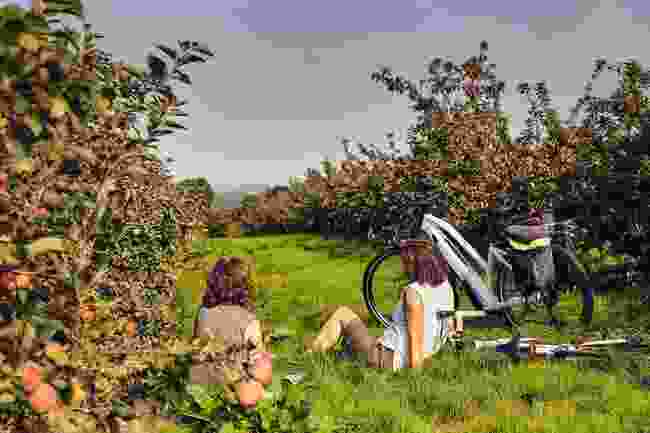 Crafted since medieval times, Herefordshire is English cider’s spiritual core. Its medley of renowned organic producers are best visited on a bicycle tracing its trio of Cider Circuits. Bed down at the historic coaching inn the Green Dragon Hotel before taking on the 79km North Circuit, where you’ll pedal past black-and-white timber-framed houses, pea-green hills and artisanal cider producers. End at The Bookshop, an eco-conscious restaurant with a mean Sunday lunch.

The 95km Southern Circuit encompasses many of Herefordshire’s ancient orchards – some being 200 years old – as well as a readymade picnic spot beside the Wye, while the 78km West Circuit snakes past craft cider makers speckling the Golden Valley, whose hills seem permanently bathed in flaxen light. 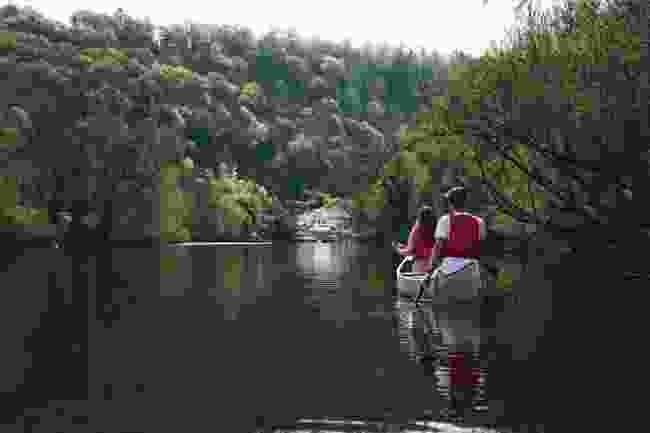 Adventures in Herefordshire don’t just exist on terra firma, there are epic experiences on water, too. River trips have been organised along the Wye since the 18th century and its leafy banks and gentle waters are just as idyllic today. A four-day canoe expedition between the market towns of Hay-on-Wye and Ross-on-Wye paddles past ancient forests, wildflower-freckled meadows and grand architecture such as Hereford Cathedral and the Italianate-style St Catherine’s Church in Hoarwithy.

You’ll camp under the stars on the Wye’s banks each night, refuelling at charming eateries such as the riverside The Boat Inn at Whitney and the wonderfully named Cottage of Content in the hamlet of Carey. No wonder poets like Wordsworth and Coleridge were so inspired by the Wye Valley, a picturesque finale to your rural retreat.

Start making your dreams of a visit to Herefordshire into a reality by heading over to the official website.