The spirit of the samurai: 3 ways to immerse yourself in samurai culture in Fukushima, Japan

Fukushima in Japan is known for its rich history, vast natural landscapes and culture. But what perhaps will linger longest in visitors’ memories is its samurai history. Here's how to explore it...

Known for its rich history, vast natural landscapes and culture, Fukushima Prefecture in Japan's northern region of Tohoku is not only a great place to experience much of Japan’s heritage in one trip but is also only a convenient 90-minute bullet train from Tokyo. But what perhaps will linger longest in visitors’ memories is its samurai  history, and there are many places in Fukushima that you can travel to today to still feel the samurai spirit and learn of its traditions… 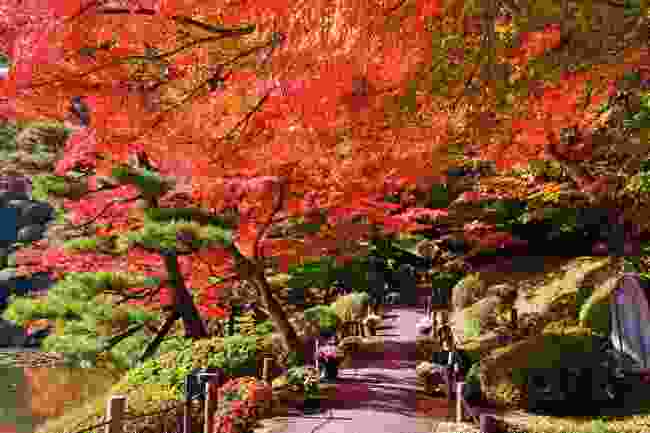 Start in the west of Fukushima in the Aizu region, known for its pine and beech forests (many of which sprang from the ash-enriched soil following the 1888 eruption of Mount Bandai), and once home to the Aizu clan. Aizu-Wakamatsu, dubbed ‘Samurai City’, was the setting for much of the 1868’s Boshin War, a bloody showdown between the samurais and the new government army desperate to overthrow the Tokugawa shogunate.

Despite standing strong during the Boshin War, Tsuruga Castle was destroyed less than a decade later during a rebellion against the Meji government that had seized power from the samurais. During a renovation in 2011, the roof was reverted from grey to its original coloured tiled roof, making it the only castle in Japan today with the traditional red-tile roof. Inside, look around the samurai exhibition before climbing to the top floor for views of the surrounding city. Don’t miss the manicured park around the castle which is filled with cherry trees that blossom every April. Nearby, Mount  Iimori offers alternative views of the fort and is home to the weathered graves of the Byakkotai (teenage samurai) who in 1868, fearing defeat at the hands of rebels, committed seppuku – (an honourable samurai suicide) to avoid being captured by the enemy.

Some 70km east in Fukushima's Naka-dori district, you'll find Nihonmatsu Castle, which also fell during the Boshin War. The site has since been transformed into a peaceful park. Explore it with a local guide while hearing stories of how life used to be. A good time to visit is in autumn, when the trees are ablaze with golden leaves, and the annual Chrysanthemum Doll Exhibit takes place, which features dolls adorned with chrysanthemums that depict historic stories.

Back in the Aizu region, visit the Higashiyama Onsen. Tucked in a wooded valley, the hot spring was used by generations of feudal lords and samurai warriors. Have a soak to understand why they enjoyed it here so much.

2. Immerse yourself in local life 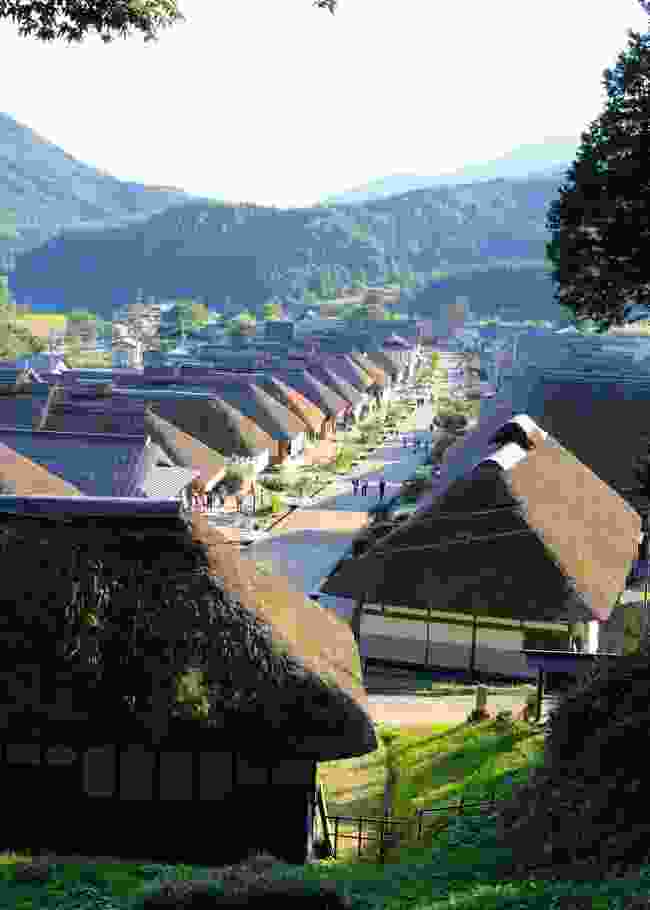 Fukushima Prefecture is dotted with the remnants of post towns – rest stops for travellers navigating the Aizu Go Kaido – five roads leading to former capital Edo, controlled by the Tokugawa shogunate during the Edo period (1603-1867). Hiking these trails is a scenic way to literally walk in the footsteps of past samurais, with the small settlements along the way offering an insight into the samurai culture that is still alive today. One town worth visiting is the well preserved Ōuchi-juku in the forested Minamiaizu District, 30km south of Aizu-Wakamatsu. Electricity cables have been discreetly buried underground to maintain the aesthetic and the main street is lined with thatched restaurants and minshuku (Japanese private guest houses). Book a night in one to sleep on tatami mats and feast on local dishes such as negi soba (noodles eaten with a large green onion instead of chopsticks).

A lesser-known stop off  is Aizu-Wakamatsu’s Aizu Bukeyashiki, a reconstruction of a palatial samurai residence, complete with Edo-era architectural elements, a tearoom and gardens. In the tatami-carpeted rooms, wax figures are used to re-enact key scenes from Aizu’s past.

Further east, in Fukushima’s Soma district, the annual Soma Namaoi festival is another place to see samurai culture in action. The over 1,000-year-old event  is held every July and includes an Ogyoretsu parade, featuring horse riders in full samurai gear, and Shinki Sodatsusen, a ferociously fast horse race where locals wearing samurai armour clamour to snatch a sacred flag.

3. Channel your samurai spirit in Fukushima 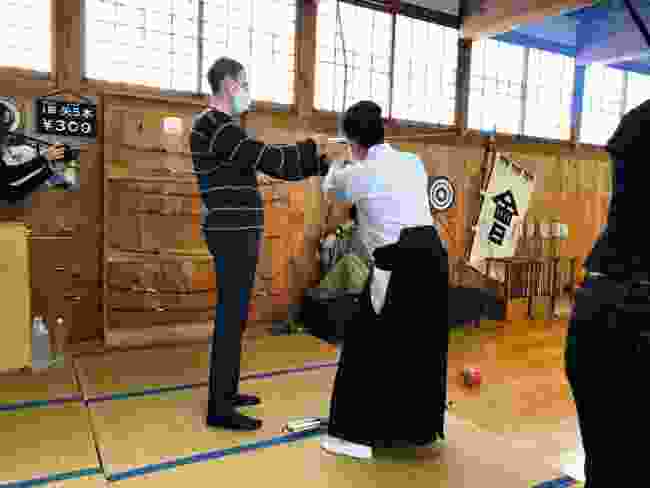 For a hands-on experience, visit the Aizu Hanko Nisshinkan, less than a 20-minute walk from Aizu-Wakamatsu’s Hirota train station. The school was originally built for the children of samurais who came here to learn about everything from martial arts to astronomy. Today, visitors come to learn about life as a samurai. Don’t miss the beautiful Geki-mon gate, with its elaborate wooden carvings. Students believed that the act of walking under this gate would aid their quest to become wise and virtuous. Once inside, take kyūdō lessons (the Japanese martial art of archery) with an expert guide and paint your own bokuto (a wooden sword used during kendo training). A lesson in zazen (zen meditation), which the samurais have practised since the 13th century will make for an authentic end to your visit to Fukushima where you're bound to feel the true spirit of the samurai.

For more information and travel inspiration, head over to samurai-spirit.com