The most off-the-beaten-track. The most unspoilt. The ones with the fewest people and the most wildlife. The ones overrun with jungle. These are Fiji’s wildest island escapes… 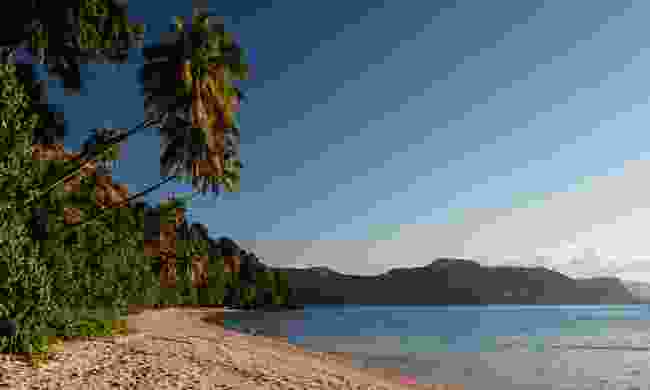 A remote and rugged beach on Kadavu (Shutterstock)

It may be the fourth biggest island out of the 333 that make up Fiji, but it is by no means the busiest.

Kadavu is a largely untouched island in the far south of Fiji and is perfect for those who want an outdoor adventure away from the crowds.

Covered in a thick tangle of rainforest that covers the undulating landscape, you’re more likely to bump into a bird than a person on Kadavu. Follow one of the many hiking paths that criss-cross the jungle, looking out for shining parrots, the Fiji goshawk, the Kadavu honeyeater and the rare whistling dove among many others.

The jungle also hides a plethora of waterfalls, many of which have natural pools at the bottom, perfect for cooling off in. Chances are, you’ll find a waterfall to bathe in that you’ll have all to yourself.

More watery adventures await on Kadavu’s rugged coast, too. Spot seabirds from a kayak as you paddle through mangrove forests, or dive in deeper to find more marine life. Just off the coast of Kadavu is the Great Astrolabe Reef, one of the largest coral reefs on the planet. Slip below the surface to swim alongside turtles, manta rays and reef sharks.

You don’t even have to dive to see a manta ray up close. These graceful fish can grow to four metres wide and can be seen while snorkelling. Kadavu’s south coast is brimming with manta rays, making it one of Fiji’s best spots for swimming with them.

Find places to stay in Kadavu... 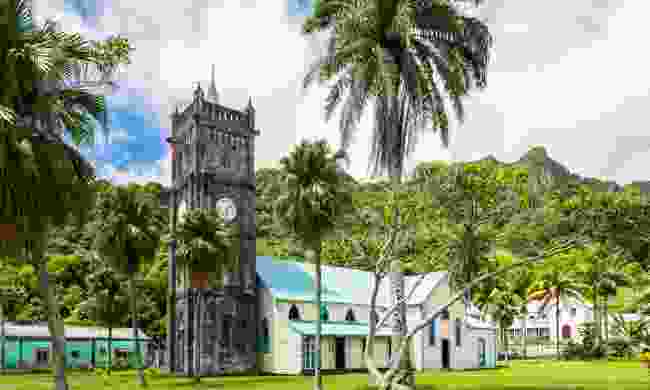 Made up of seven large islands, Fiji’s Lomaiviti Islands may be just a short hop from the busy Viti Levu, but their quietness and wildness make them seem like they are whole worlds apart.

Don’t miss the old town of Levuka. This UNESCO-listed port town on Ovalau island used to be the capital of Fiji until 1882. Today, the colonial charm of Levuka can be soaked up on a walking tour, and a deeper dive into its history as a former capital and before that, a whaling station, can be had at the community centre.

Outside of Levuka, wilder adventures await on the island of Ovalau. Why not hike to the very centre of the island, where you’ll find the village of Lovoni situated in the heart of an old, verdant volcano.

Or a climb to the top of the green-cloaked mountain that backs Levuka takes two to three-hours and offers up uninterrupted views of the UNESCO town below and the surrounding reefs.

Those surrounding coral reefs also offer unforgettable travel experiences. Less crowded than Fij’s other dive sites, this colourful underwater world provides a home to many shoals  of shining fish. If you go between July and October, you may even see a humpback whale.

Find places to stay in the Lomaiviti Islands... 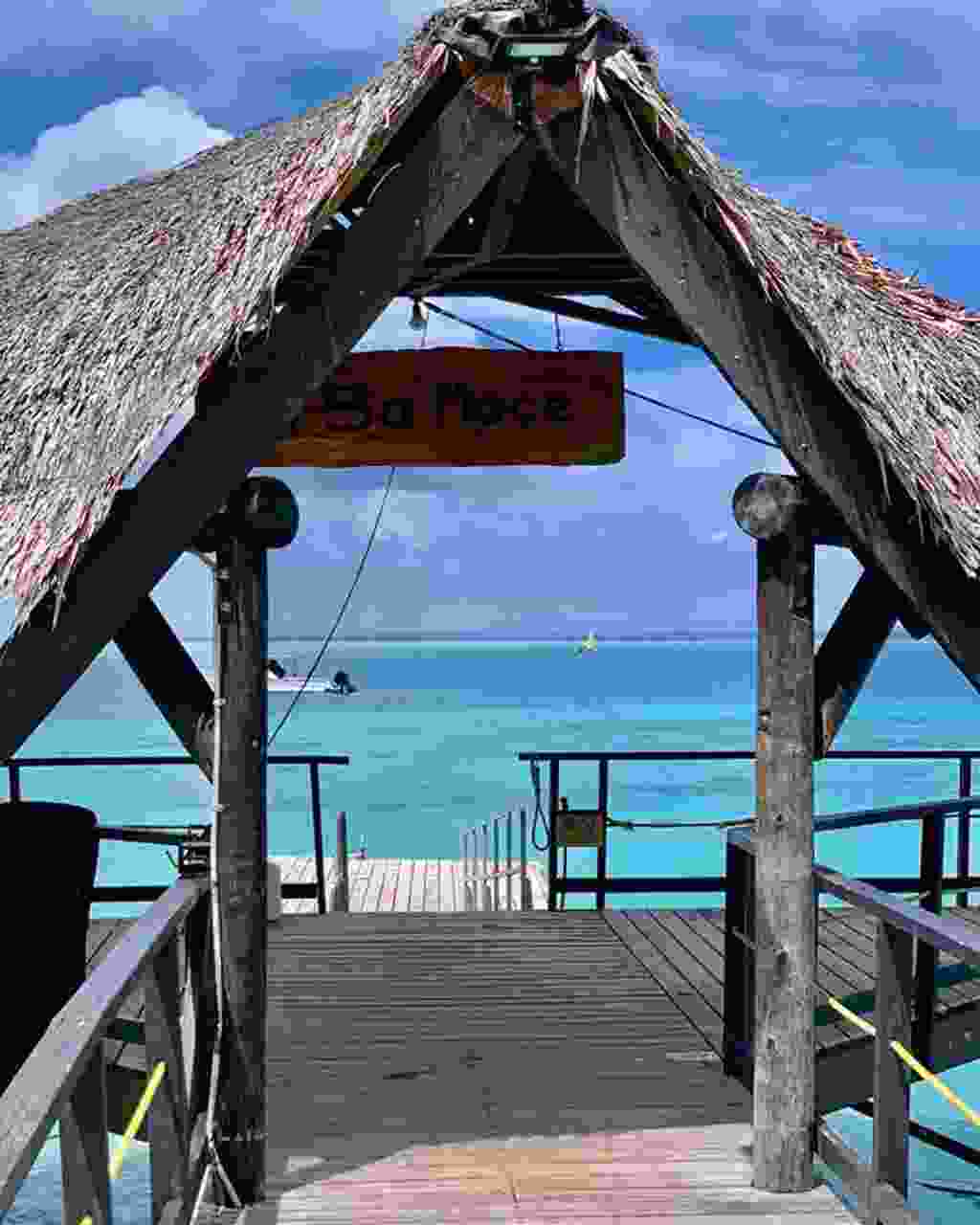 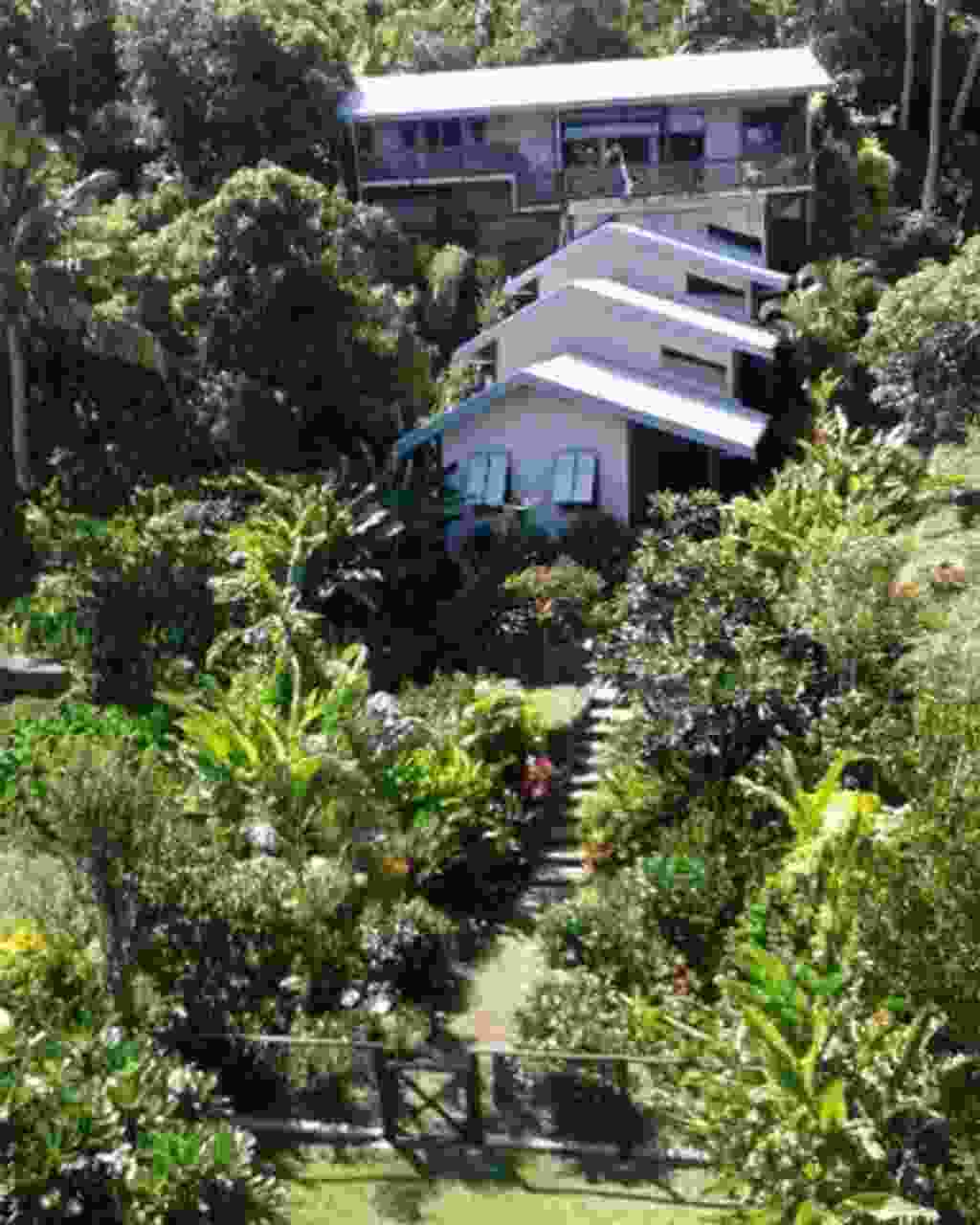 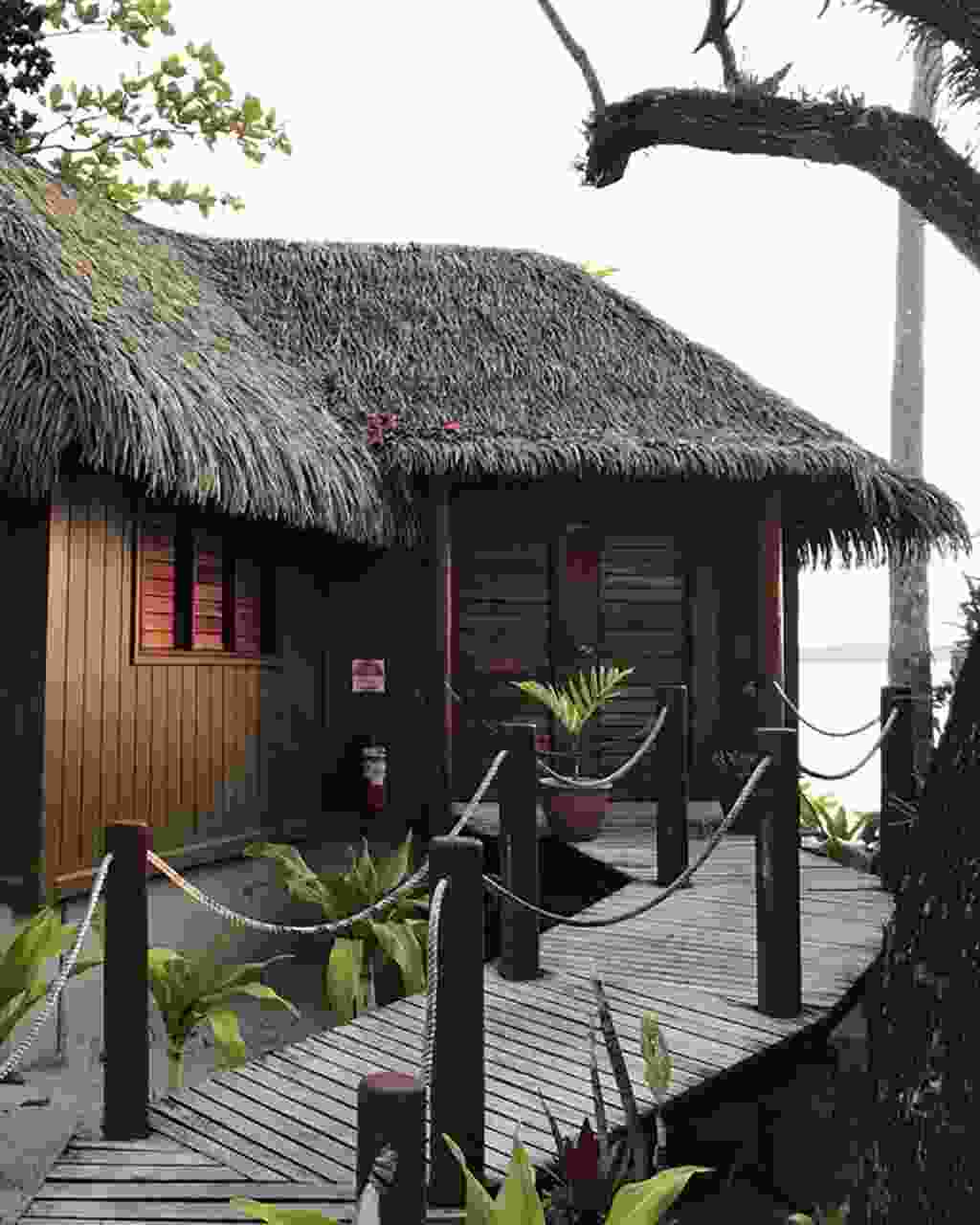 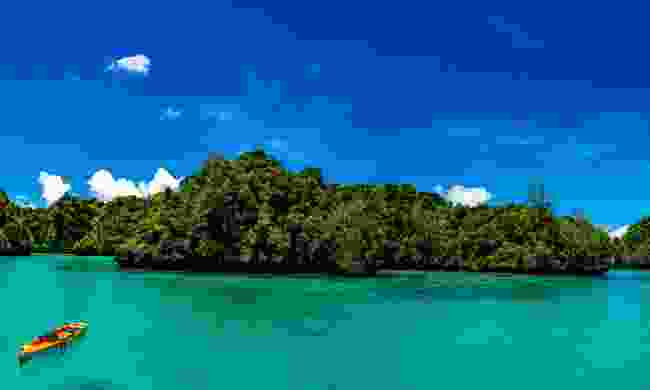 Along with the Lomaiviti Islands, the Lau Islands make up Fiji’s Outer Islands and are just about as remote as it gets in Fiji. In fact, so far flung is this cluster of outcrops that on a clear day, you can see Tonga from Lakeba, one of the islands in the group.

As well as its impressive views, Lakeba’s underground sights are just as fascinating and it’s well worth visiting the caves. Don’t miss the Oso Nabukete cave. If you can squeeze between its narrow walls, you’ll find a huge number of bats hanging from the dark ceiling alongside the stalactites.

The best way to explore the rest of the Lau islands is by boat. Leisurely sail on the turquoise waters that separate the emerald-topped islands, stopping to swim or snorkel in a secluded bay or relax on a stretch of sand you’ll likely have all to yourself. Captain Cook Cruises offers an 11 night cruise of the Lau islands and Kadavu, where you can disembark to explore the remote region by boat or by kayak.

Find places to stay in the Lau Islands... 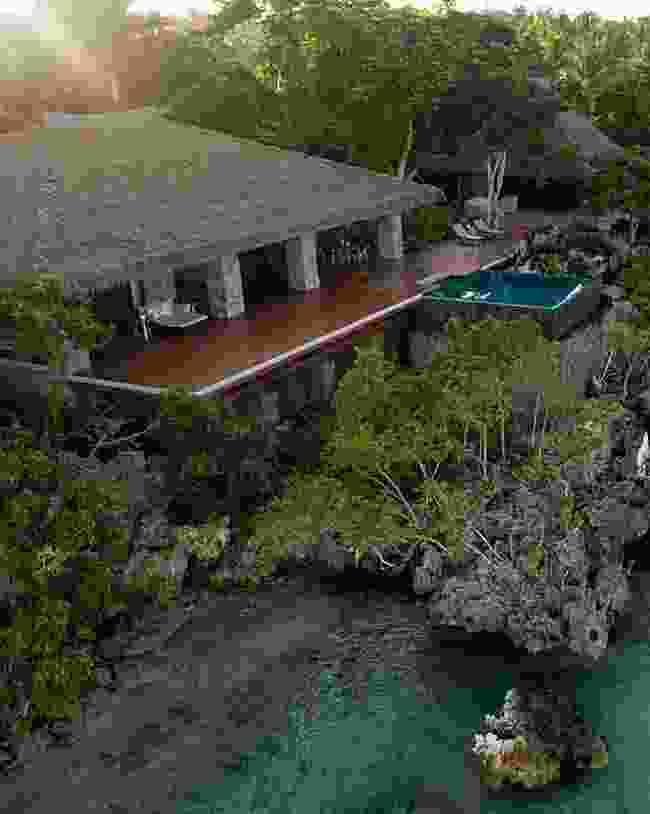 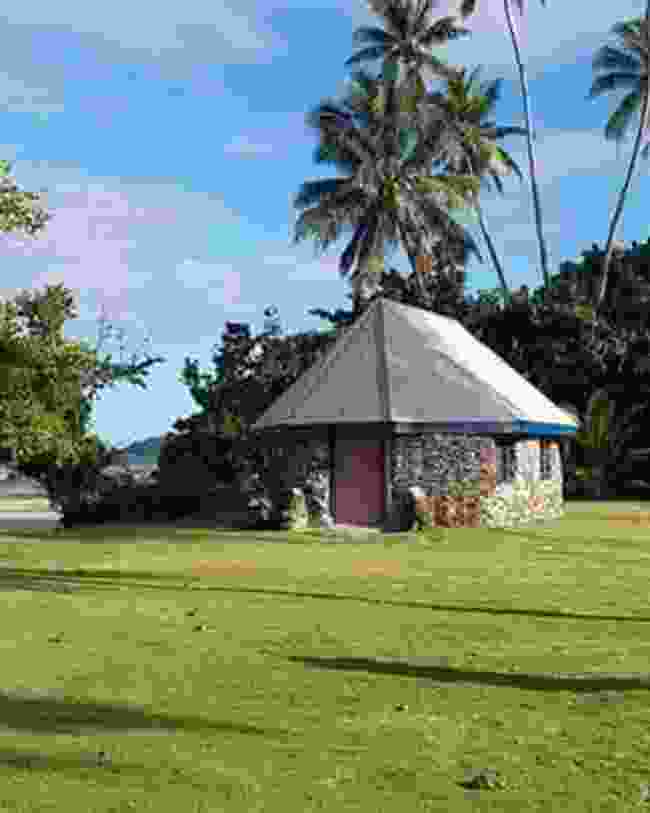 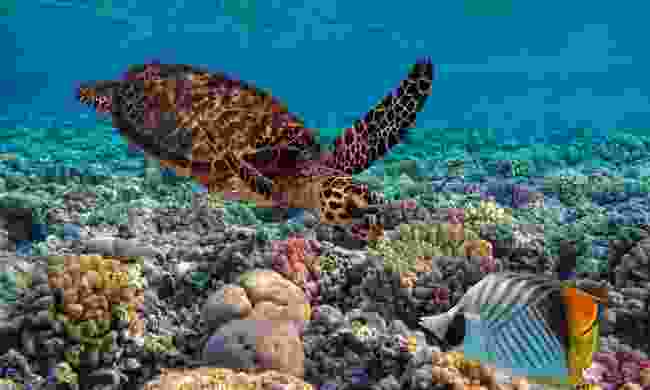 There are more palm trees than people on Vanua Levu, a green-cloaked island in Fiji’s north. Savusavu may be the island’s popular hub, but away from this coastal town, you’ll find desolate coasts, unspoiled rainforests and Fiji’s best kept diving secret.

If you’re visiting to reconnect with nature, look no further than the Waisali Rainforest Reserve. The thick rainforests covers the hills outside of Savusavu, where you’ll be able to lose yourself in the peaceful sounds of the canopy, far from any cars or people. Look out for rare birds such as the Polynesian triller and the Fiji white-eye.

More adventure can be had on Salt Lake, where thick mangroves grow on the banks. Hire a kayak and paddle the 100 acres at your leisure, learning about the local legends and why the river is so important in Fijian ancestry.

Those seeking out culture should venture to Labasa town, where a large Indo-Fijian population live. Don’t miss the Naag Mandir Temple, a three metre-high rock that is believed to have healing powers. Also known as Snake Temple, due to its cobra shape, you’ll hear stories of how the rock has grown since it was first discovered nearly 100 years ago. According to priests, the temple has had to have its roof heightened twice in order to cover the growing rock.

Away from the mainland, the waters on Vanua Levu’s northern coast hide a largely unexplored dive site. With only one diving company offering trips to the Great Reef Sea, chances are you will have this 200km-long reef all to yourself.

Along with up to five species of turtles and fish of all colours of the rainbow, you’ll likely see rays and sharks, too. 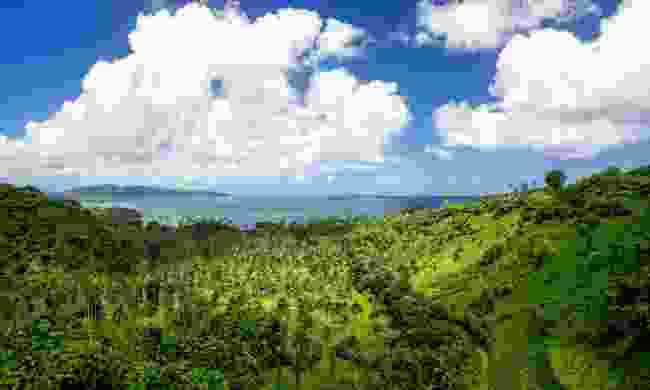 More than a third of the island is covered in rainforest. It’s surrounding waters are protected. Dormant volcanoes await exploration, hiking trails lead you through the island’s rugged centre and there’s an abundance of nature to be found on the land, in the skies, and under the water. If you’re looking for a nature escape, look no further than Taveuni, also known as the garden island.

To immerse yourself in all of that greenery, trek deep into the vast Bouma National Heritage Park, where endemic flora and fauna and three, tiered waterfalls await. Another wild walk can be had by starting at the rugged south-eastern coast. The Lavena Coastal Walk will then lead you across abandoned beaches, past rocky rivers and into the thick shadow of the rainforest, where the only sound are the squawking of the birds, rustling of the leaves and the distance rush of a hidden waterfall.

To get well off the beaten track, climb to the top of Des Voeux Peak, Fiji’s second- highest mountain. Native birds rule the roost here, and you should look out for the blue crested flycatcher and orange dove on your four-hour ascent. While catching your breath at the peak, scan the horizon to see if you can spot Lake Tagimaucia in the distance.

Divers shouldn’t miss the Somosomo Strait that creates a coral wall between Taveuni and Vanua Levu. This is a popular dive site, but with good reason as the soft coral floats like flowers in bright pinks and purples, hiding an abundance of life which the clear waters make easy to see, Barracudas, reef sharks and manta rays are some of the bigger fish you’ll see.

Find places to stay in Taveuni...

Like the look of Fiji? We don't blame you! Start planning your trip to the Fiji Islands now on the Fiji Travel websites. You'll find heaps of inspiration on all of the islands, things to do and where to stay.