7 amazing outdoor adventures to have in Castellón

From the rocky terrain of the Maestrazgo to the crashing whitewater of the Mijares river, Castellón is a province filled with adventures. Here's just seven of them...

From the rocky terrain of the Maestrazgo to the crashing whitewater of the Mijares river, Castellón is a province filled with challenges. It’s a landscape almost sculpted with travellers in mind. Pilgrim trails, thrilling diving and some of the most beautiful climbs in coastal Spain await anyone willing to test their limbs. And in doing so you’ll experience a side to the country that few others see… 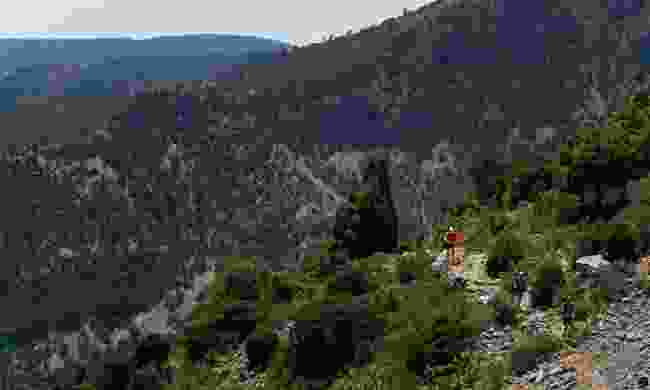 Walking in Castellón (Castellón Tourist Board)

More than 1,200km of signposted hiking trails whittle the mountains, valleys and coast of Castellón, divided into multi-day (GR), single-day (PR; usually less than 20km) or local (SL) routes that take just an hour or two.

History is everywhere here, from old rail routes reclaimed as ‘Green Trails’ (Via Verdes) to the ancient Via Augusta, a roman road that once stretched the Iberian peninsula and now survives in small stretches. There is even a ‘Camino de Castellón’, a 280km resurrected trail north of Castellón de la Plana that links up with the Ebro Way, for those looking to continue to Santiago de Compostela.

But the biggest challenge is still the GR 7. Nearly a quarter of its Spanish section (1,900km) crosses the province, and while it would take weeks to walk, it’s easily broken up. Try the 15km Morella to Forcall section (PR-V 116) that links up two great medieval towns, or the 23.8km hike to the monastery of Sant Joan de Penyagalosa (PR-V 75). The latter even links up with the GR 33 (The Full Moon Path; 58km), an old pilgrim route that inches up from the outskirts of the capital. 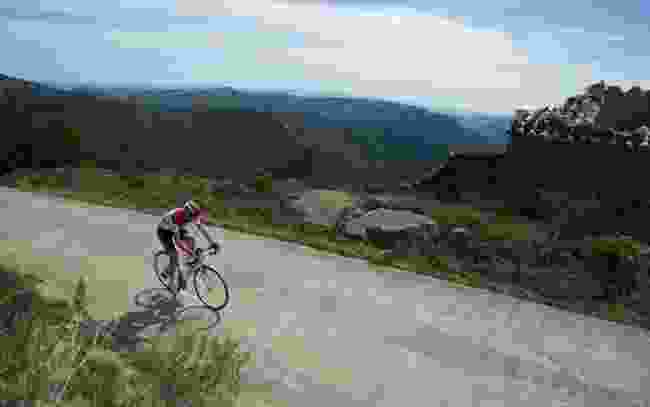 Most road cyclists find their speed here either side of summer, when the steep mountain climbs and shadeless tarmac aren’t as daunting. Then, the hardest part is to pick your route, whether drifting the medieval towns of Els Ports on a day ride (R02; 66.1km) or cruising the corklands of the Espadan Mountains on an overnight trip (R14; 103.7km).

For a tougher challenge, make for the northern Maestrazgo, an area of rugged mountains that spills into neighbouring Teruel. Once a medieval bulwark between Spanish and Moorish influence, it’s also where cyclists enter Castellón on the Way of El Cid (GR 160), a 2,000km-plus route that runs the length of Spain and  traces the footsteps of the eponymous 11th-century Crusader knight.

From there, the route loops the province across 243km (3 days), pushing south-west through narrow valleys, walled citadels and crumbling castles to Montanejos and back up to the Teruel border. A thrilling ride into medieval Spain. 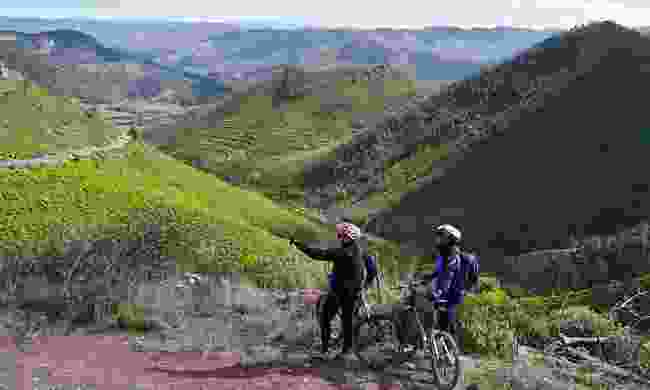 The growth of mountain-biking (BTT) centres across Castellón, in Morella, Navajas, Montanejos and Torreblanca, not only offers access to the 1,500km of signposted trails that vein the region but a useful resource for equipment and information.

If in doubt, the province’s natural parks are a great place to start. The rocky road crossing Serra d’Irta Natural Park from Peñiscola to Alcossebre may be an easy 20km pedal along the coast, but its 4km climb to the old hermitage is unforgettable and the option of a more challenging return via the foothills of Font Nova lets you up the challenge.

Similarly, the hilly Desierto de las Palmes is a gentle cycle from Benicàssim but has plenty of chances to dial it up amid the Oropesa range. Whether tackling the rocky ascent up Miravet gorge to reach Coll de la Mola or tackling the smoother climb up Mount Bartolo, it’s a chance to explore an untamed slice of Castellón countryside and can be completed in a day. 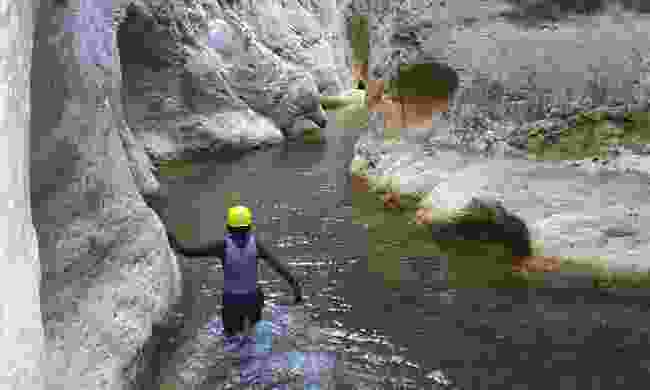 Canyoning in Castellón (Castellón Tourist Board)

To the west, the steep-sided river valley of Mijares reveals the spectacular ledges and overhangs of Chillapájaros gorge. Here, the rushing waters of the river surge below, and for those wanting to explore, there’s only one method: canyoning.

The highest rises here barely top 450m but they hide myriad caves and pools to splash, scramble, climb and abseil. A guide is mandatory, and while levels of difficulty vary, there’s plenty of natural hot springs around Montanejos, so you can recuperate in style afterwards.

Plenty of other canyoning challenges scatter the province, from the Barranquismo river that threads Zucaina to the rocky ledges around the Arenós reservoir. Just pick your favourite and don’t be afraid to jump… 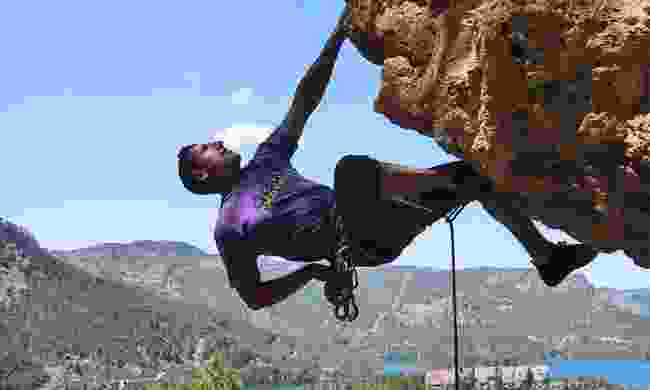 Climbing in Castellón (Castellón Tourist Board)

Stitching Castellón are a series of great gorges and crags. No wonder it’s built an impressive reputation among climbers. Even on capital Castellón de la Plana’s doorstep you’ll find Castellet, one of several crags that make up ‘Echo Valley’, with a wide variety of climbing routes that makes it a good starter wall to find your grip.

For more serious climbers, Montanejos has everything from short bouldering courses to menacing overhangs. Some 1,500 routes have been plotted here, and the verticals of Chillapájaros gorge and Maimona canyon are justly famed.

Less well known – though no less impressive – are the walls of Jérica, a 40m-high limestone canyon looming over the Palancia river. Or perhaps take up the challenge of the highest peak in the province, Vistabella del Maestrat (1813m) at Penyagolosa, the eastern face of which is prized among local climbers. 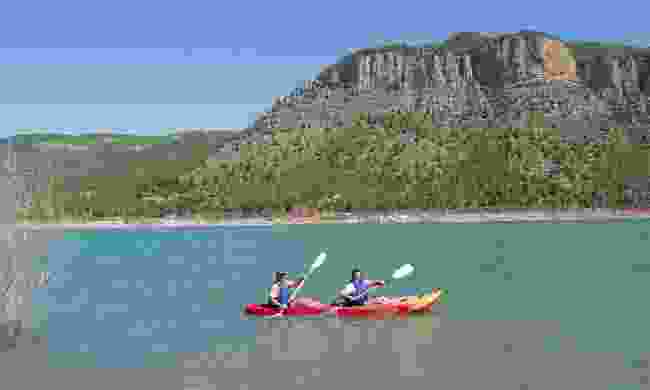 Kayaking in Castellón (Castellón Tourist Board)

The waters of Castellón tend to suit two very different kinds of adventurer. To the west, the Class I and II whitewaters of the Mijares river present a wilder challenge. Learning how to handle unsinkable kayaks and rafts here is part of the fun as you surge down its gorges licked by the frothing waters.

Alternatively, for those who’d rather explore than let nature lead the way, renting a sea kayak lets you hunt down hidden coves and beaches along the coast. Meanwhile, the region’s reservoirs provide plenty of time for more contemplative paddling, as canoe tours of Foya, near Alcora, see you drift out of town under Moorish castles and the forbidding peak of Penyagalosa. 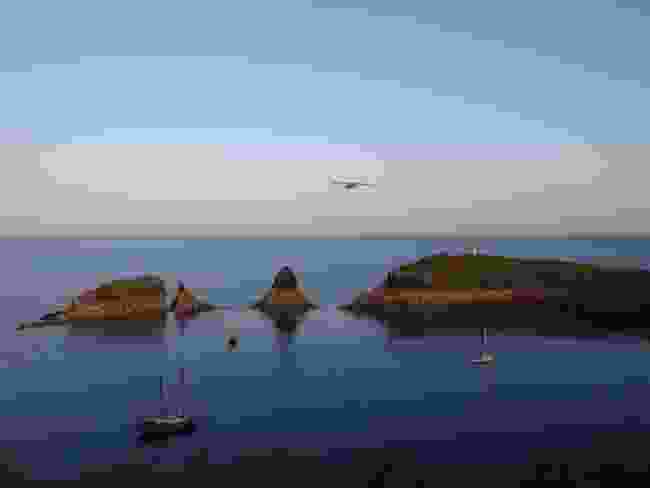 Go diving off the coast of the Colu,brets Islands (Castellón Tourist Board)

The best diving in Castellón lies a couple of hours off its coast. It’s here that boats regularly make the 48km trip out to the Columbretes Islands, a volcanic archipelago of four small rocky islets bound by a Marine Reserve. On the surface it’s not much to look at, but it hides some rather unexpected secrets.

Beneath the waves is where these isles come to life. Bottlenose dolphins, sunfish and great shoals of barracuda and grouper can all be spotted amid the coral reefs and underwater craters as you explore swaying seagrass meadows and a rocky seabed stained by blood-red tendrils of red gorgonian. Pure adventure.

For more information on Castellón and to start planning your trip further, visit the Tourist Board of the province of Castellón’s website.