From the medieval citadels that riddle the inland to the charming islands of the Costa del Azahar, we give you all you need before heading to this Mediterranean gem... 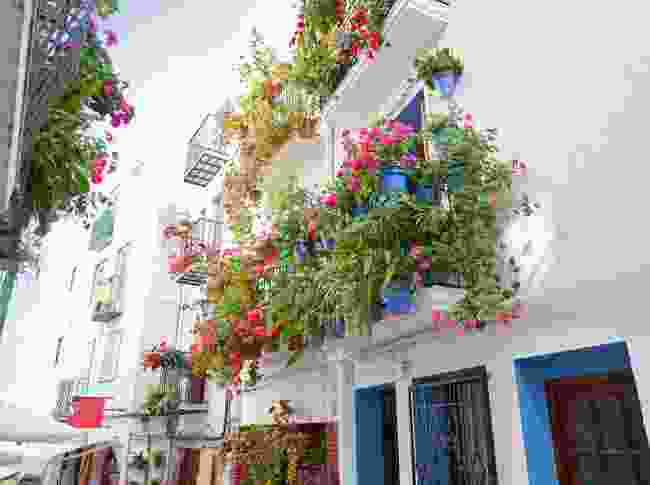 Spain has over 6,500km of coastline and more beaches than you can count, so it’s no wonder that some regions fall through the cracks. Few travellers know of Castellón, yet from its mountainous inland, riddled with medieval citadels, trails, rock art and great swathes of wild forests, to the fishing ports, castles and islands of the Costa del Azahar, this quiet stretch of eastern Spain remains one of the great unsung destinations.

Together with the Tourist Board of the province of Castellón, we’d like to introduce you to Spain’s next great coastal escape…

When is the best time to visit Castellón? 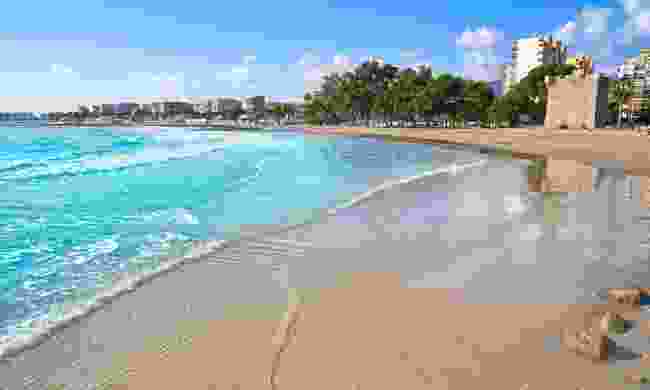 The province has a Mediterranean climate and is a year-round destination. However, temperatures regularly top the mid-to-high 20s (ºC) between June and August, when the beaches fill fast and hiking can become a chore. The shoulder months offer cooler temperatures and fewer crowds, making them an ideal time to visit.

How to get there and around 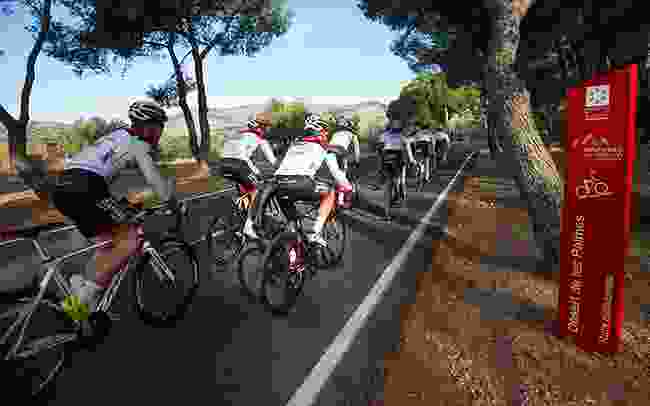 With flights from London to Castellón taking just two hours, reaching this gem in the Mediterranean is unbelievably quick and easy. If you are visiting from inside Spain, hop on the train which connects Castellón to many main hubs, including Barcelona.

Once you're in Castellón, be sure to make use of the many cycle and mountain biking paths that riddle the province. Whether you decide to pedal through mountainous forests or zip along the coastal road, getting around Castellón on two wheels is a doddle.

5 great things to do in Castellón 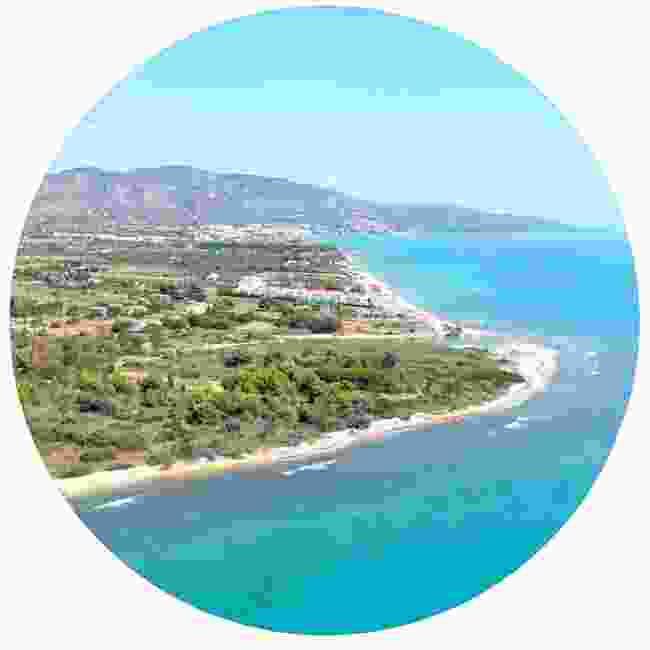 Castellón’s 120km-long ‘Orange Blossom Coast’ runs the length of the province and remains one of the unsung joys of Spain. Some 700 years of Moorish invasion have gifted it a fascinating history and an air scented with the groves of orange, lemon and almond trees, while its shores take in golden beaches (Benicàssim, Oropesa, Benicarló), medieval towns (Peñíscola), old fishing ports (Vinaròs) and wild, walkable stretches of natural park (Serra d’Irta). Bliss. 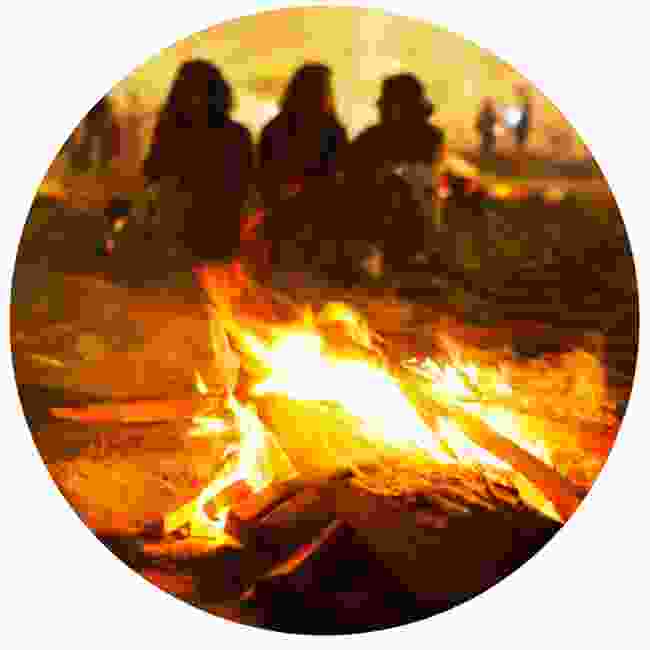 June 23 sees the ‘Night of San Juan’ erupt across the skies of the Castellón coast. It’s essentially a midsummer festival, with bonfires lit to protect against evil spirits. In reality, it’s one big firework party with displays, music, a ‘sandwich supper’ and fiery performances of the Encuentro de Bestias de Fuego (Encounter of the Fire Beasts) held on the beaches, with those of Grao de Castellón being a great place to soak in the gunpowder-scented atmosphere.

3. Drift the caves of Sant Josep 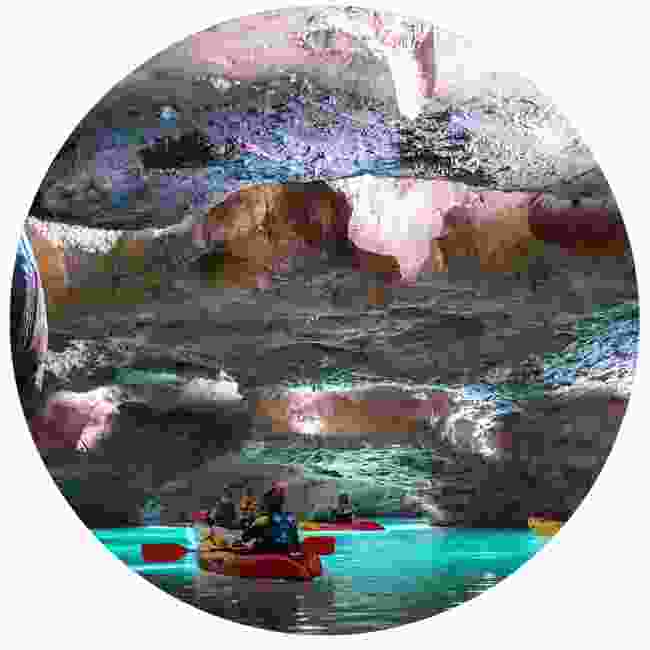 It wasn’t until 1902 that these caves, 30km of Castellón City, were discovered. Inside, a subterranean river (the longest navigable in Europe) flows for 3km into the rock, and while only 800m of it can be sailed, with the chance to walk a further 250m on foot, it still takes the breath away as you float beneath caverns rising over 10m high and dripping with stalactites. 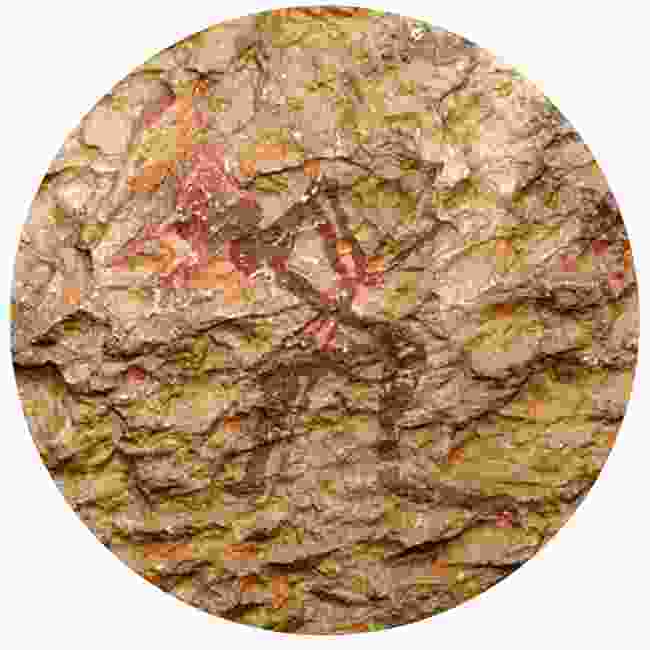 Across Castellón lie some 500 rock shelters daubed with art dating back 7,000 years. The best place to see them is Valltorta-Gasula Cultural Park, near the small village of Tirig. From there it’s around 2km to the Museo Valltorta, which provides a good grounding in the area’s prehistory. It’s also where guided tours of the UNESCO-listed park depart, with most taking in just a few of its 39 rock-art sites and 54 settlements. 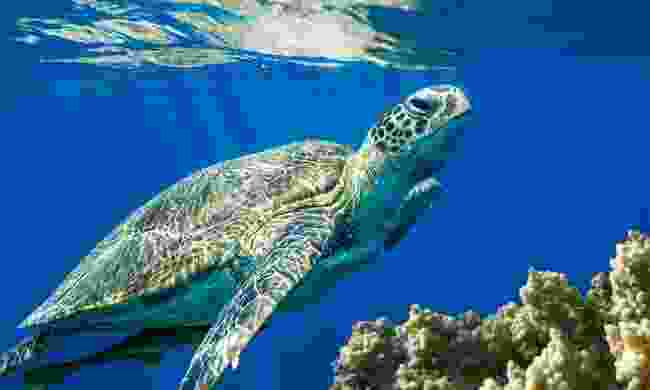 With so much coastline, it’s no surprise to find that plenty of activity centres on Castellón’s waters. Diving is particularly popular, with boat trips to the marine reserve of the Columbretes Islands to spy bottlenose dolphins and loggerhead turtles. Sea kayaking tours also let you explore beyond the beaches to find hidden coves; alternatively, head inland to paddle its reservoirs (Arenós, Alcora) or take on the whitewaters of Mijares. 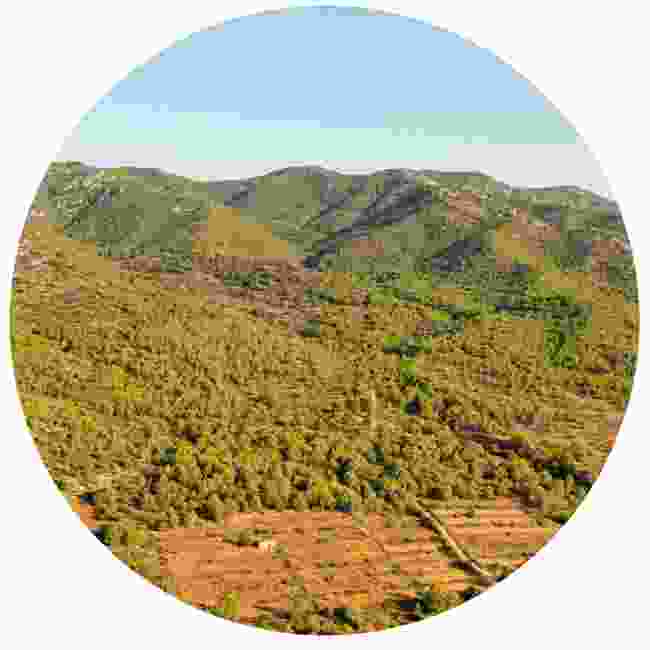 One of few Spanish coastal ranges not to have felt the sting of developers, the Serra d’Irta’s cliffs and coves hide medieval castles and an explosion of wild olive and carob trees. Its PR V-194 trail in particular is a thrilling 26.2km circular route that can be done on foot from Camino de San Antoni, passing a hermitage, clifftop views and the 10th-century ruins of the Moorish Pulpis castle. 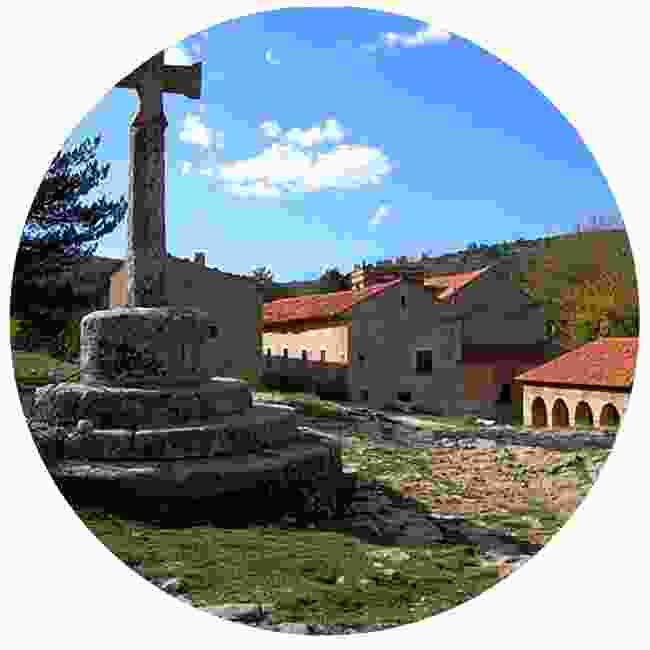 This trail began in the 1950s, when local mountaineers resurrected an old pilgrim route stretching from the fringes of provincial capital Castellón del Plana to the Sanctuary of Sant Joan de Penyagolosa, passing the villages of Les Useres and Xodos. Here it links up with the mighty GR-7, Spain’s oldest GR route, which crosses the entire province from north to south – if you want a real challenge! 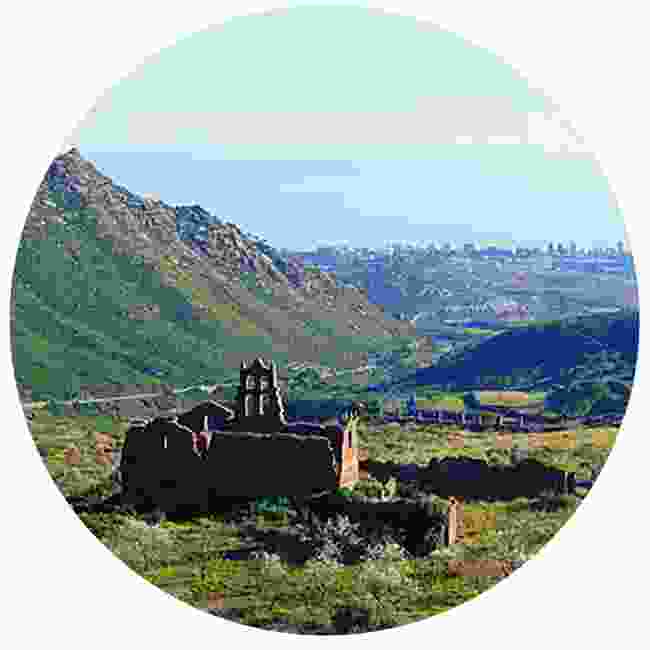 This route ploughs north out of Benicàssim to the cooler inland range of Desierto de les Palmes. It was once a spiritual escape for barefoot Carmelite monks, whose monastery still lies here in ruins. As you pedal Miravet Gorge for the area’s highest ascent (Mount Bartolo, 749m), you can see why they cherished it so much. 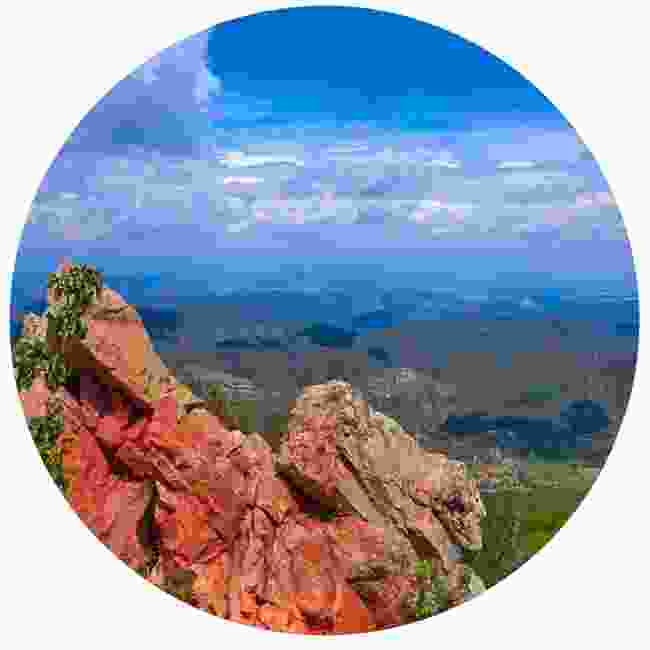 The corklands of the Espadan range are some of the most beautiful in the region. This ride could easily be split into two days if you want, and given there’s plenty of climbing as you head through the pretty towns of Aín, Eslida and Chóvar on a giant loop, it would be easier on your legs if your overnighted halfway in the first of these.

If you only eat and drink four things... 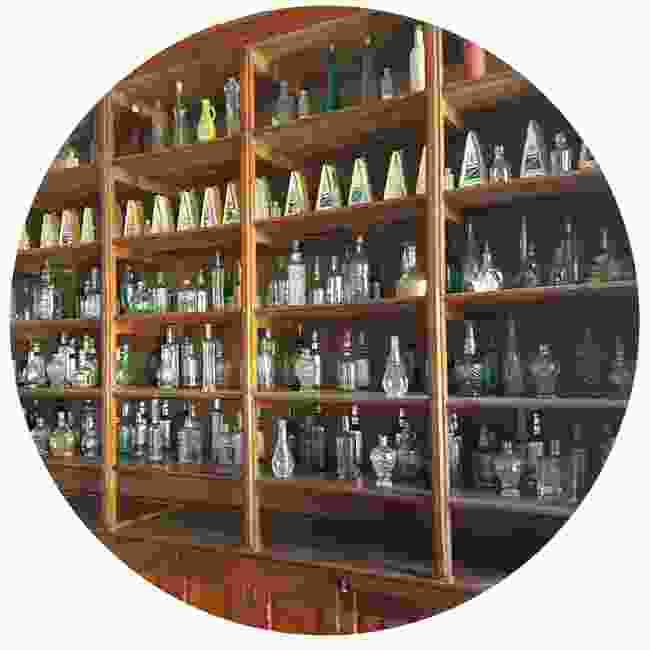 In the 17th century, the Carmelites, a Catholic brotherhood known for going barefoot, arrived in the region, forming a hermitage in the hills of the Desierto de les Palmes. To support themselves, they took to brewing and selling an aromatic liqueur made from local herbs called Carmelitano, which is still produced today in a distillery in Benicàssim that you can tour. 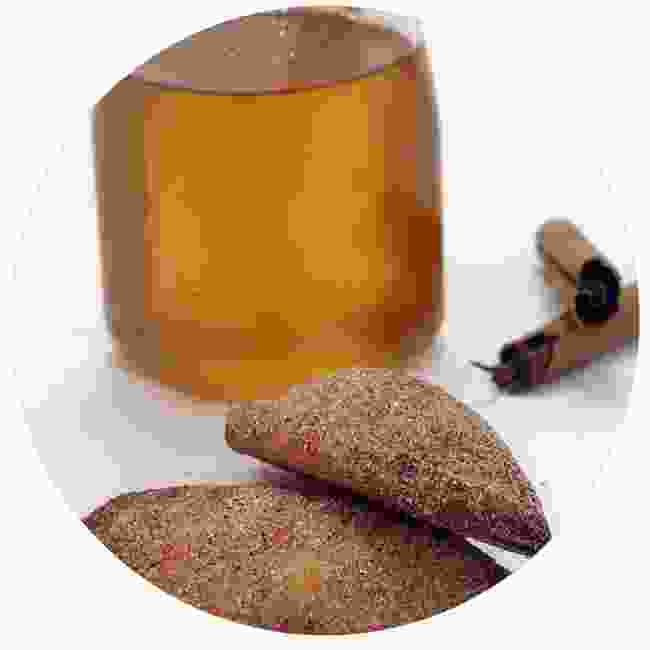 A rich variety of pastries are found across the province, though when in the north-east, don’t miss its flaó de Morella, a kind of sweet empanada stuffed with cottage cheese, ground almonds and dusted with sugar and cinnamon. Heavenly. 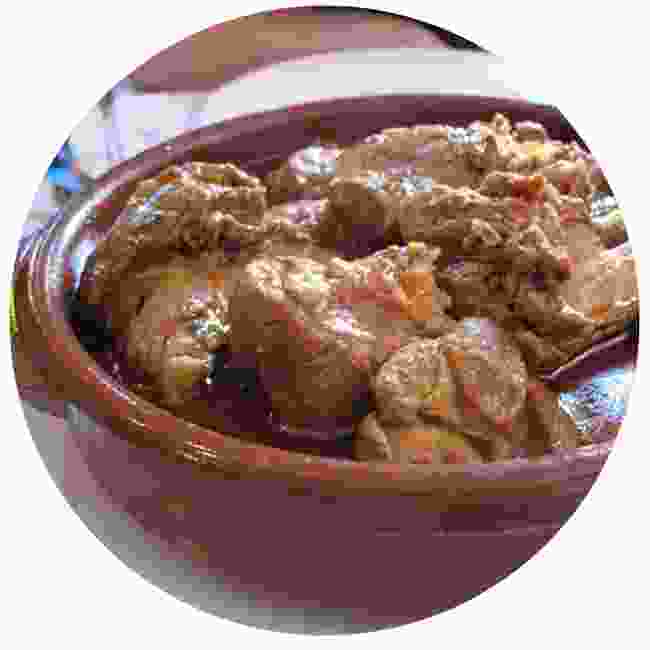 This traditional Castellón village stew-like bake plays to the farming strengths of the region, and tends to use a lamb, rabbit or chicken base before typically customising with mountain snails and potatoes. It is spiced with aromatic herbs and shaken to mix it up with the rest of the rich dish, which is where it gets its name from. 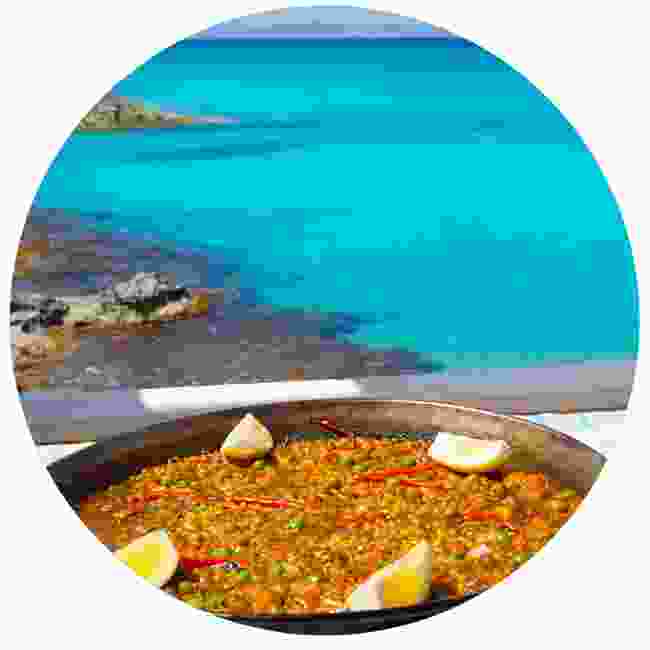 The Costa del Azahar is home to countless local takes on classic paella, with rossejat (rice, meat and seafood stew) and fideuà (made with fideos pasta) typically found in the fishing villages and towns here, where they were favourites with sailors. Head to Vinaròs in particular for its famed giant langoustines, which give these dishes a luxurious feel. 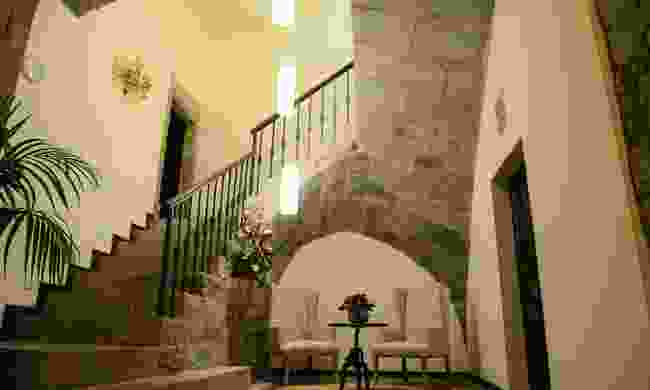 This gorgeous 16th-century palace in the heart of the Old Town offers all the charms of a bygone era alongside elegant and modern rooms. Embark on guided trips such as hiking, horseriding and cycling directly from the hotel, before tucking into the tatsy dinners on offer at the hotel's restaurant. 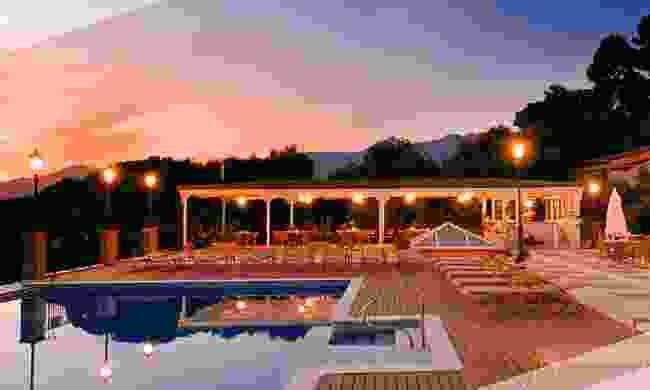 For beach-side bliss, this upscale hotel on the shores of Benicàssim makes for a likeable horizontal escape. It is also part of the area’s history, occupying the garden of a classical villa, built in 1888 as a flood of middle class Spanish transformed the area. Today it has a wellness vibe, with a focus on sea-water therapy. 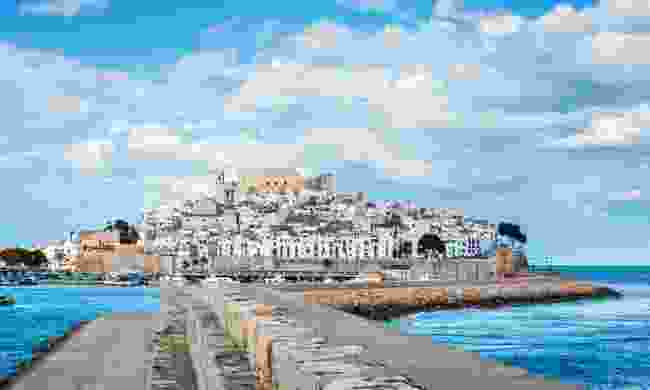 One of the most beautiful towns on the Spanish coast, Peñíscola’s city walls wrap some 200 restaurants, boutiques and bundles of charm. Not least in its 14th-century castillo, which juts out on a sandy isthmus and speaks to the area’s eccentric past. It was converted from a Moorish fort by the Knights Templar in the 14th century, before becoming home to deposed pope Benedict XIII (aka ‘Papa Luna’). Views atop its ramparts gaze across to the long golden shores and south to the wild dunes and trails of Serra d’Irta Natural Park. 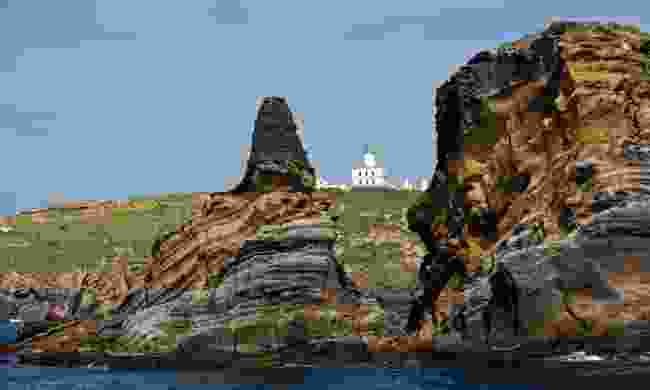 Until the 19th century, this archipelago, lying nearly 50km off the Castellón coast, was solely a haunt of smugglers and pirates. Even now, only one of its four protected volcanic isles (Grossa) is inhabited. Its eco-system has a number of endemic marine and lizard species, while its seabird colonies are vast. Day trips from Castellón usually include walks on Grossa and a snorkel in Tofiño harbour, while overnight diving trips are an option. 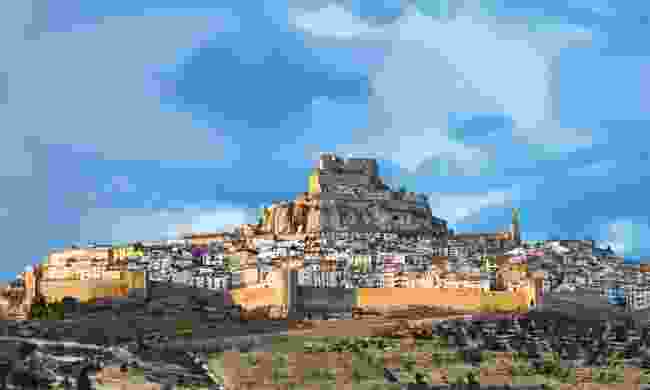 In Castellon’s rocky north-east, the hilltop castle of Morella looms menacingly out of the horizon. Beneath it sprawls a beautiful medieval fortress town, its cobbles packed with generations-run stores shilling sticky mountain honey and specialty pastries. Clamber up on the walls for incredible views, spy 4,000-year-old cave paintings at Morella la Vella, visit the gothic basilica, then make for the castle itself, the long, winding ascent revealing its many influences. Roman, Moorish and Spanish remodelling make it no less impressive up close. 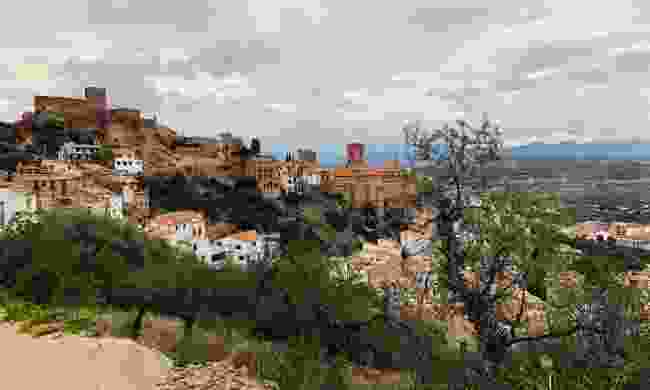 Surrounded by vineyards, it was only 80 years ago that Vilafamés was all but destroyed in the Spanish Civil War. Then, in the 1970s it was adopted by an enclave of artists, who lovingly returned this 11th-century Moorish town to its former glory. Today, it has a boutique feel, and what remains of its red city walls and castle peer down on 14th-century churches, hermitages and colourful flowers pouring from every corner. 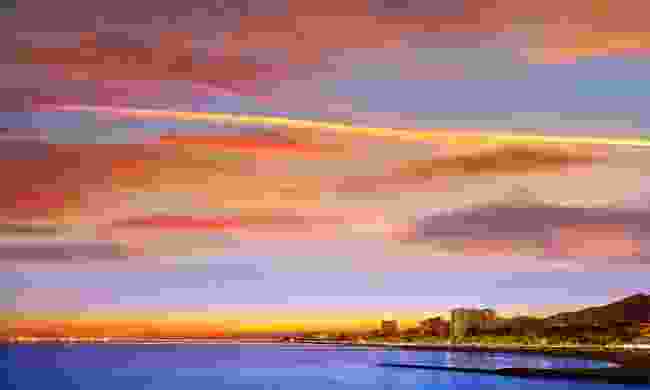 These days, Benicàssim is best known for its music festival (July). But back in the 19th century it was a popular resort for wealthy Spanish, whose great mansions still line the golden shores. Some 51 remain and make a great route to stroll, passing neighbourhoods once infamous for their parties or elaborate gardens. It is also a popular jumping-off point for the Desierto de les Palmes, a protected mountain range littered with trails, monasteries and castles. 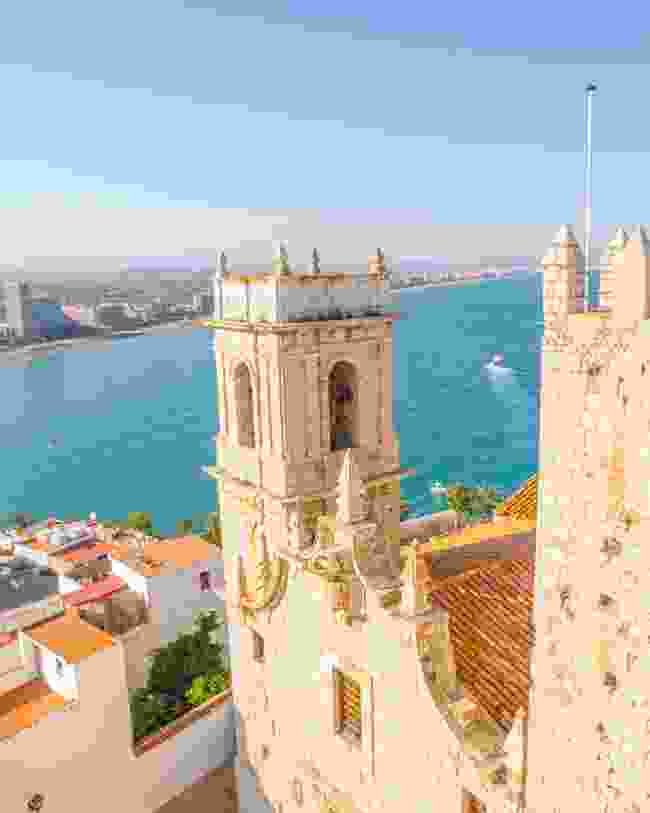 For more information on Castellón and to start planning your trip further, visit the Tourist Board of the province of Castellón’s website.