From glorious countryside trails to charming river locks, there's endless scenery to explore in Brittany. Hop on a two-wheeled ride, paddle by boat, or power up the legs to explore its natural beauty...

1: Navigate the walking trails on foot 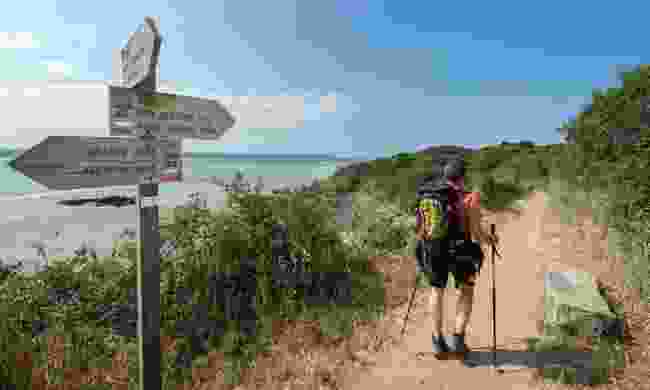 France’s epic Grande Randonnée (GR) walking trails reach some spectacular areas across the country. In Brittany, the GR34 is based on the old customs officer’s path (Sentier des Douaniers) and runs for more than 1,800 km around the Breton coastline from Mont-Saint-Michel on the north coast all the way around to the Arzal on the estuary of the River Vilaine. Along the way, the coastline changes dramatically offering everything from windswept clifftops to welcoming quaysides, from pink granite boulders, to the idyllic inland sea the Gulf of Morbihan, so whether you decide to tackle the whole route, or just parts of it, there is much to discover.

As well as the GR34, there are other routes that criss-cross the region. The GR37 takes hikers through Brittany’s heart; running from the medieval town of Vitré through the ancient Brocéliande forest, which features in the legends of Merlin and King Arthur, and then on via the Nantes-Brest canal and Monts d’Arrée mountain range to the Crozon peninsula on the far west coast. The GR39 runs from north to south alongside the River Vilaine from the Mont-Saint-Michel to the salt pans of Guérande. 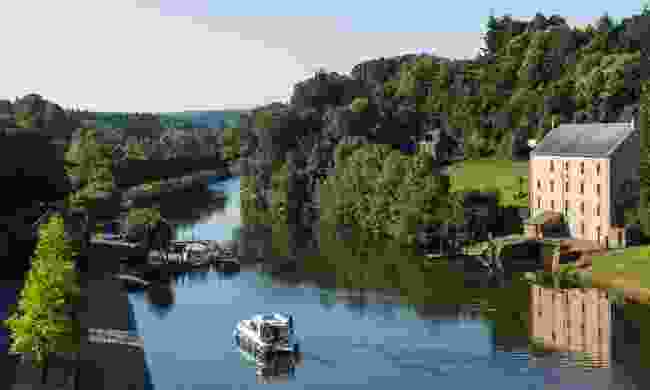 Zig-zagging its way through inland Brittany, the 380-kilometre Nantes-Brest canal passes through some of the region’s most verdant valleys, through idyllic villages and past medieval fortresses. Take the journey slowly on board a boat, meeting lock-keepers at the 236 locks that punctuate the waterway, and admiring the abundant wildlife along the way.

For a faster pace, hire a bike and bowl along the towpaths greeting boat crews as you pass by. And for a brief potter on the water, borrow a canoe or electric boat for hire on one of the many pontoons. For overnight stops, there are hotels, gîtes and B&Bs along the way, but for a silent night on the water, on the Nantes-Brest canal or one of Brittany’s other tranquil waterways, book into a péniche hotel or boat.

The Osmonde is moored next to a lock-keeper’s cottage and has been transformed by its artistic owners into a bohemian floating gite on the Nantes-Brest canal. Meanwhile, on the Ile et Rance canal that runs south of Dinan towards Rennes, the Péniche Armor is an iron-hulled barge dates from 1912 and, after a luxurious refit, it offers all mod cons including a mini-home cinema and a plush roof terrace for lounging in the sun.

3: Get around on two wheels 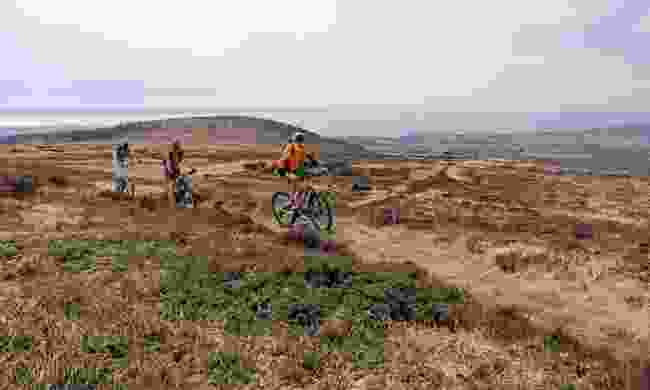 Saddle up to explore Brittany by bike and you’ll get into the heart and soul of the region in a way that cannot be done by car. Pedal along the 1,700km of well-laid-out cycle routes that weave their way through the countryside, hear the birdsong, enhale the flowers’ fragrance and feel the sun on your back.

For an epic journey, the Velodysée is the route to follow; starting in the charming harbour town of Roscoff, the route follows the coast around Morlaix bay and then on to the Monts d’Arrée mountains. Later it joins the Nantes-Brest canal, with stops at the Bon Repos Cistercian Abbey and Brittany’s largest lake Lake Guerlédan and after 385km it arrives in Nantes, one of France’s most vibrant and exciting cities, with its street art installations and 12-metre robotic elephant. The route then follows the west coast down to Spain.

In Northern Finistère, there are four marked routes varying in length from 25km to 93km and one of which is the route named ‘Le Bout du Monde’ (the ends of the earth) which takes you all the way to the far western Pointe St-Mathieu – next stop America! Art lovers will enjoy exploring the Blavet valley, where the local churches and chapels are used to exhibit contemporary art in the annual Art dans les Chapelles festival, while those who like more rugged terrain should look to the Côtes-d’Armor area for mountain biking. With 4000km of trails, there is a path to suit all abilities.

4: Island hop your way around 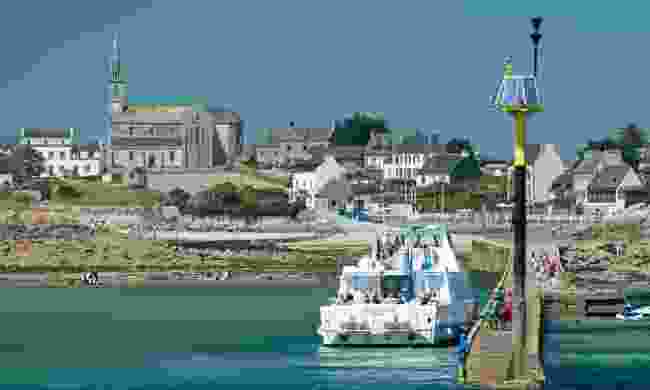 Boat arriving at the Isle of Sein (Emmanuel Berthier)

As if we weren’t spoiled by Brittany’s spectacular and varied coastline as it is, but beyond the beaches and harbours, there are dozens of islands to explore. Each has its own special character, so hop on the dinky ferries that link them to the mainland and discover your favourite. Off the north coast, you have the Île de Batz, 15 minute by boat from Roscoff. Here you’ll find empty white sand beaches, cycle paths over the gentle undulating landscape and a lighthouse from which to gaze back to the mainland.

For a more remote experience, head west – as west as it gets for Metropolitan France – to the Île d’Ouessant (or Ushant in English) to explore its history of shipwrecks and its many lighthouses. In the gentle climate of the south coast, Brittany’s biggest island Belle-Île earns its name from its hidden turquoise coves and its wild north-eastern coast and is a place where summer lingers a little longer.

5: Choose the right route for you 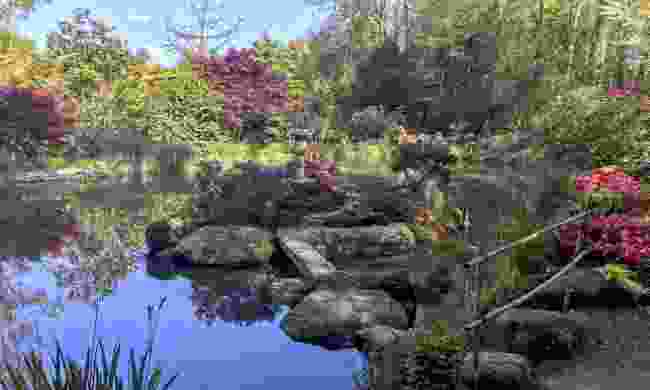 Whether your passion is walking, cycling, gardening or even climbing lighthouses, there is a route for you to follow in Brittany. Gardens aren’t the first thing that spring to mind for a region with such such a strong maritime history and heritage, but that heritage has had its influence. The gentle climate, rich soil has been ideal for cultivating plants brought home from remote locations by sailors. The ‘Côte des Jardins’ is a new European garden route and brings together 11 of the region’s most beautiful gardens covering everything from English romanticism to formal French elegance.

For some unusual plant species, head to the Île de Batz, off the coast of Roscoff where the Georges Delaselle Garden is home to more than 2,000 species of plant from all five continents which flourish thanks to the island’s position in the Gulf Stream. In the east of the region, the Haute Bretagne Botanical Park has 24 poetic including a prehistoric, a Persian and a setting sun garden.

Meanwhile, the ‘Lighthouse Route’ brings together some of the most impressive lighthouses around the city of Brest. The Île de Vierge on the north-west coast of Finistère is the tallest freestone lighthouse in the world, while out on the Île d’Ouessant (or Ushant in English) the ‘Stiff’ lighthouse was designed by 17th-century military engineer Vauban and has steered many a ship to safety.