From freshly caught seafood markets and steaming bakes on stalls, to traditional cooking classes with experts, there's plenty to go around in Brittany. Grab a dish and fill up on exquisite cuisine... 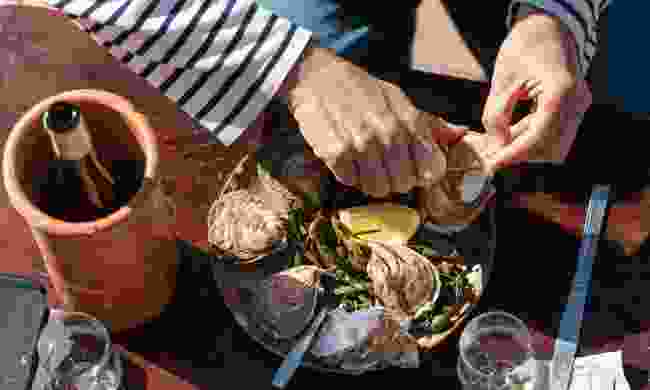 The taste of a fresh, salty oyster is redolent of the seaside and there’s nothing better than to swig back the succulent molluscs within hours of them being landed. At Cancale’s charming little beach-front oyster market you buy them fresh by the half dozen or dozen and, with a squeeze of lemon, you can knock them back as you gaze out to Mont-Saint-Michel and hear the sea lap the shore. The bay of Cancale is also a fantastic destination for sailing, but gone are the days of scurvy and gruel. These days you can dine like a king aboard the traditional sailing boat The Ausquémé. Help raise the rust-red sails for a cruise around the bay, before dropping anchor for a picnic on board from a hamper full of local treats, all washed down with a chilled Muscadet wine. 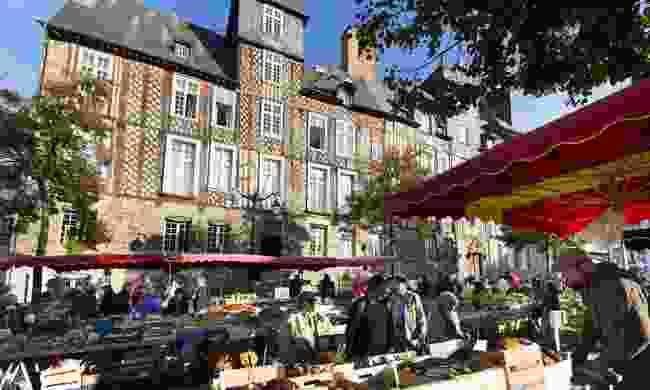 Rise early and wander through Rennes iconic colourful timber-framed houses to the Places des Lices, where the city’s vibrant market takes place every morning. The Marché des Lices is France’s second biggest market and has some 300 producers offering freshly picked produce to inspire everything from a gourmet meal to a simple picnic. For those who want to eat on the spot, Rennes’ version of the hot dog - the galette-saucisse – is the answer. The grilled pork sausage is wrapped in a cooled galette (or buckwheat pancake) and is sometimes served with onions (but the addition of mustard and ketchup are frowned upon!). The galette-saucisse dates from the 19th century and represents two of Brittany’s most important products; buckwheat and pork. A more recent gastronomic invention is Rennes’ casual dining culture nicknamed ‘Bistrologie’ whereby cosy bistrots match dishes with excellent wines for a relaxed yet gourmet dining experience.

3: Have a hands-on experience 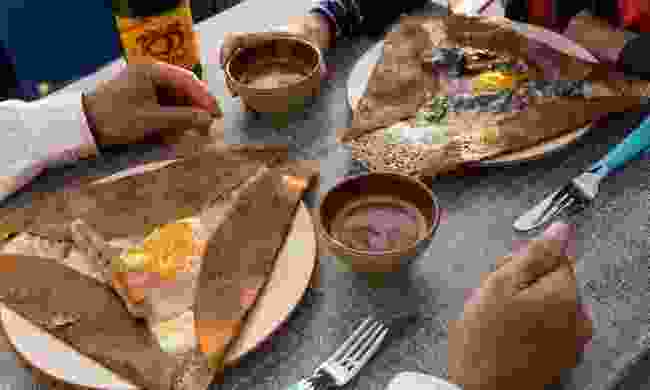 If you’ve ever visited Brittany before, chances are you’ve enjoyed a mouth-watering, buttery crêpe, or the crispy golden buckwheat version – a galette. To truly appreciate this Breton speciality, why not don an apron for a workshop that shows you the finer points of making your own? With workshops in Bénodet, Saint-Malo, and Saint-Quay Portrieux, you’ll discover that despite all the mod cons we now have in our kitchens, your hands are the best tool for mixing the batter. Once it’s the right consistency, it’s time for the two most important tools, complete with Breton names: Le Billig, the heated griddle on which they are cooked, and Le Rozell, the T-shaped tool with which to spread the batter into its circular shape. Once you’ve mastered the art of using both, it’s time to adorn them with the fillings – whether its sweet or savoury – and devour the fruits of your labour.

4: Navigate the gourmet streets of Saint-Malo 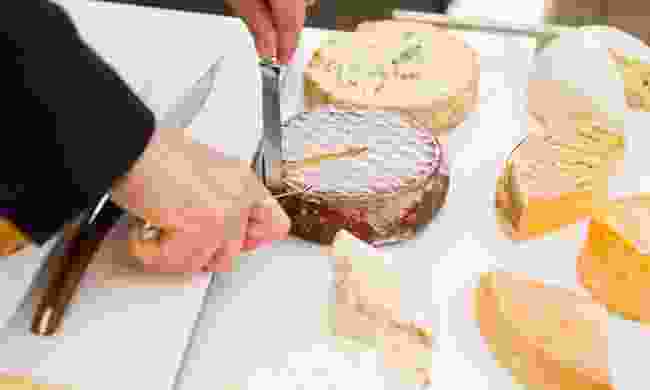 Saint-Malo is known for its seafaring history and its mighty walls, but down in the cobbled streets between the stately merchants’ mansions, there is a street that all food-lovers will adore; Rue de l’Orme is nicknamed ‘gourmet street’ for its many foodie boutiques. Take a basket and fill it up, starting at La Maison du Beurre Bordier which is owned by Jean-Yves Bordier the last butter-maker to churn by hand, and who offers an enticing selection of flavoured butters, from lemon and olive oil to seaweed, as well as rich cheeses for the perfect cheese board. Those with a sweet tooth will love Les Babas de Saint Malo, where patisserie chef Luc Mobihan makes the perfect rum babas, sweet cakes flavoured with rum from Guadeloupe and Madagascan vanilla, in turn celebrating the town’s seafaring history. La Maison de Sarrasin, meanwhile, celebrates the Breton speciality buckwheat in all its forms – from organic flour to galettes drizzled with salted caramel sauce. Pause the shopping at Comptoir Breizh Café for sip of the local cider and a gourmet galette for lunch.

5: Cook up a storm in Cornouaille 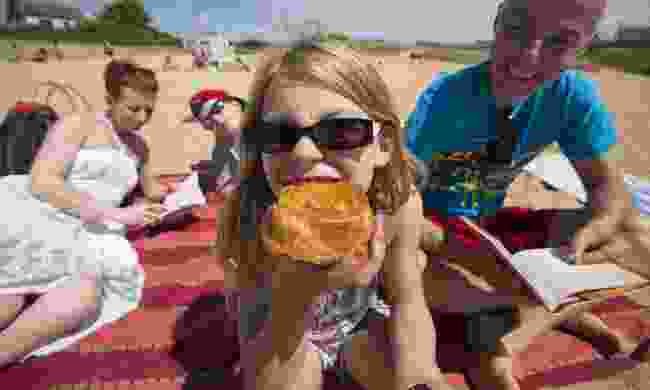 The south-west region of Cornouaille (Brittany’s answer to Cornwall) has its own gourmet scene with a whole host of enticing products in which to indulge. Seafood lovers will be drawn to the nutty Bélon oysters and juicy langoustines from Loctudy; while those with a sweet tooth will love Pont-Aven galettes and the traditional layered butter pastry called the kouign-amann (pronounced ‘kween-amon’) that originates from the coastal town of Douarnenez. This area is also known for its heady tipples – try the local buckwheat whisky, Eddu, or the local cider with the protected AOC status, or for something really unusual, sip on a glass of ‘chouchen’ honey wine, or mead, from the town of Rosporden.

6: Taste the bay of Mont-Saint-Michel 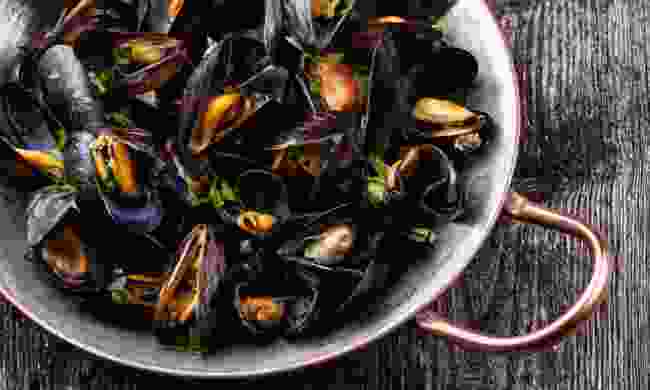 It is thanks to the gentle climate on the north Breton coast that farmers and market gardeners can grow an abundance of fruit and vegetables, including cabbages, carrots, new potatoes, leeks and cider apples. When you’re perusing the markets, the label to look out for, which guarantees quality, is the Prince de Bretagne mark. Meat-eaters, meanwhile, should seek out the lamb grévin, which feed on the samphire growing in the salt-grass meadows around the famous bay. The result is a tender salty flavour in the meat.

From turf to surf and the seafood to try in the bay of Mont-Saint-Michel are the mussels farmed off the coast of Vivier-sur-Mer on stakes that are revealed at low tide. These sweet orange-fleshed molluscs are usually served in a white-wine broth as moules marinières, but chefs in the area also use them in more inventive recipes such as crushed potatoes topped with mussels, or cooked in cider.