The Canadian Rockies is one of the most famous mountain ranges in the world – and for good reason. But with so much to explore, how do you even begin planning a visit? Read on to find out...

Rising sharply from the mist-shrouded forests of eastern BC, the jagged Rocky Mountains are unquestionably among Canada’s great sights, fringed by cascading waterfalls, flower-filled alpine meadows and mirror-smooth, glacier-fed lakes. The region has gained a reputation for being an outdoor adventurer’s playground, and you’ll find enough here to occupy several trips. Here’s our guide to exploring the Canadian Rockies from British Columbia...

1. What are the Canadian Rockies? 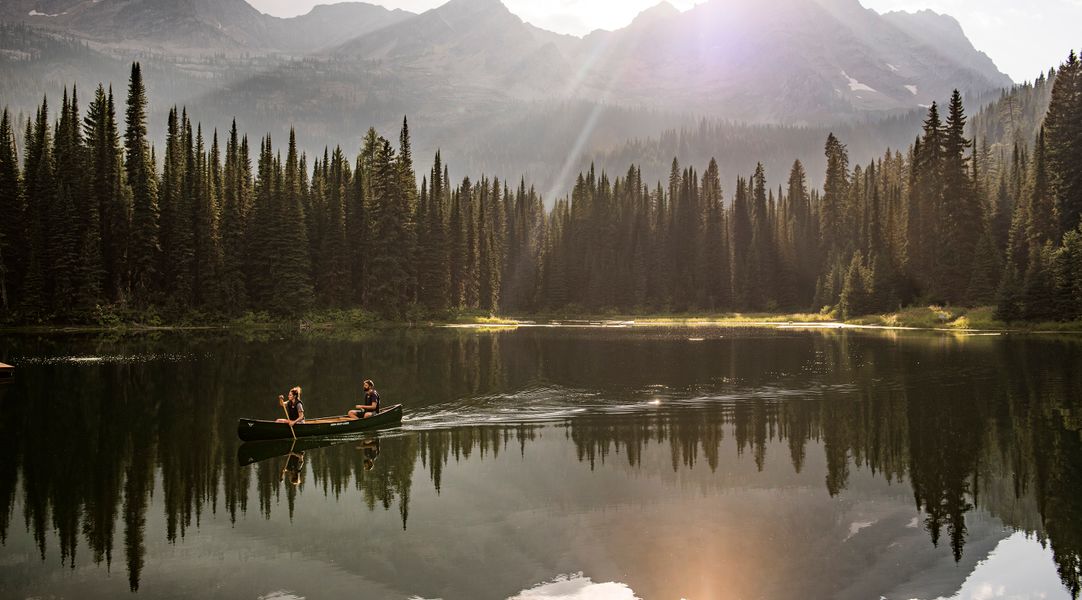 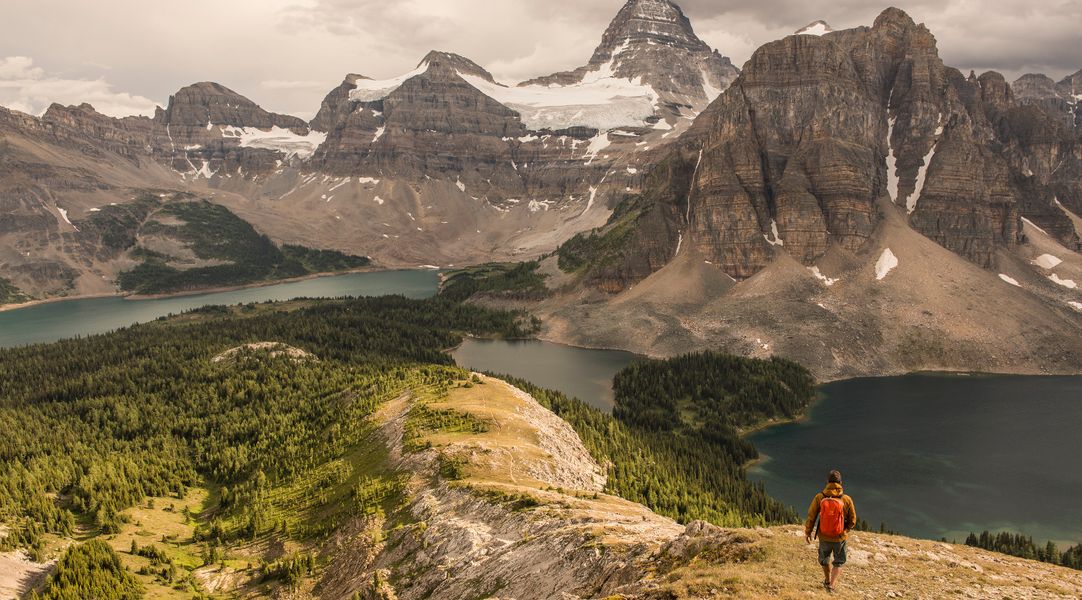 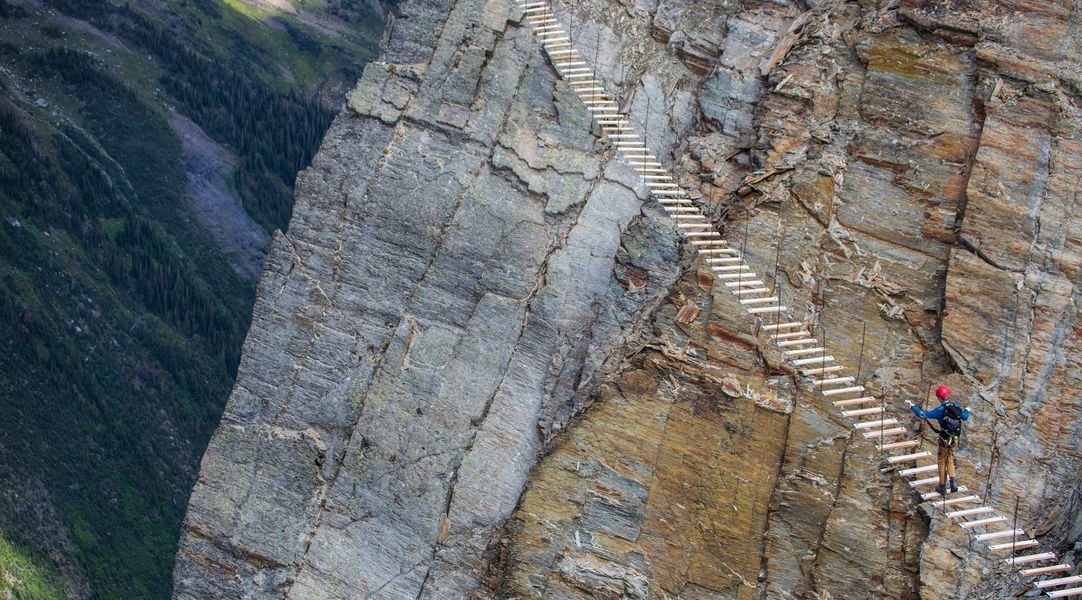 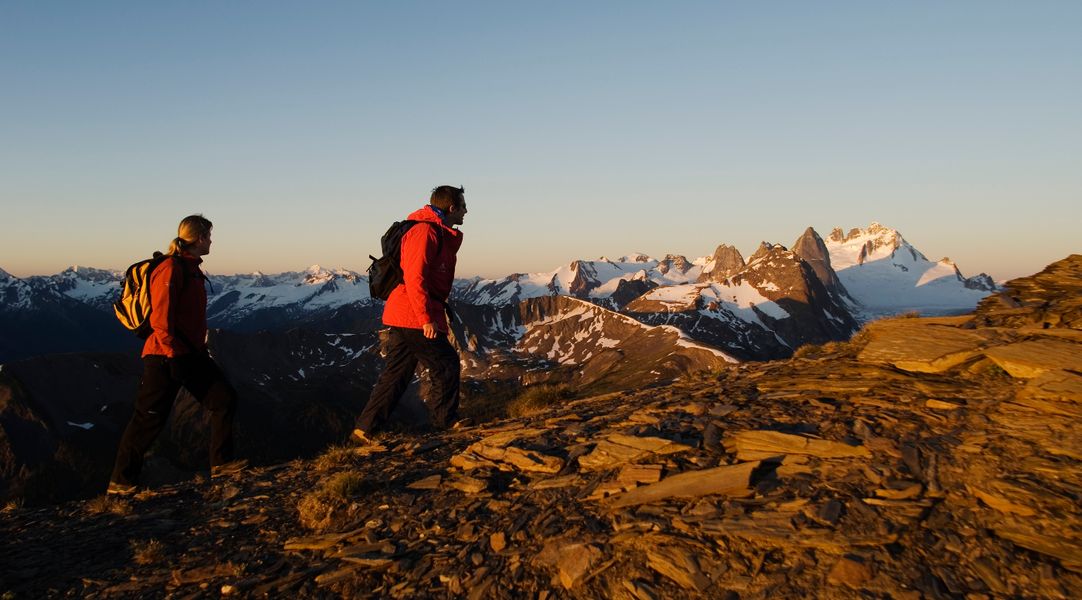 Part of the North American Rocky Mountains, the Canadian Rockies, split between British Columbia and Alberta, comprise a chain of mountain ranges and lofty peaks running from the Liard River near BC’s border with the Yukon down to the boundary with Idaho and Montana, USA.

The area is wild country, sprinkled with charming mountain towns and five of Canada’s most beautiful national parks – Banff, Jasper and Waterton on the Alberta side, and Yoho and Kootenay in British Columbia. Together, they’ve been named a UNESCO World Heritage Site, and one of the biggest protected areas in the world.

2. What are the best Rocky Mountain national parks? 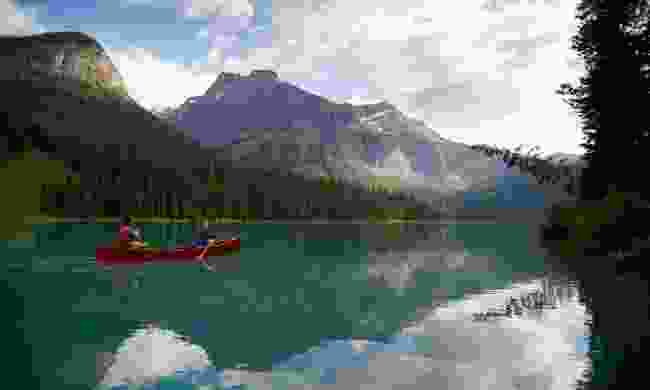 Yoho National Park is home to some of the Rockies’ most beautiful scenery – its name is a Cree word, meaning ‘wonder’. Within its borders you can canoe across Emerald Lake, known for its dazzling turquoise-green hue, watch freight trains passing through the nail-biting Spiral Tunnels and take a guided hike up to the UNESCO-listed Burgess Shale fossil beds. 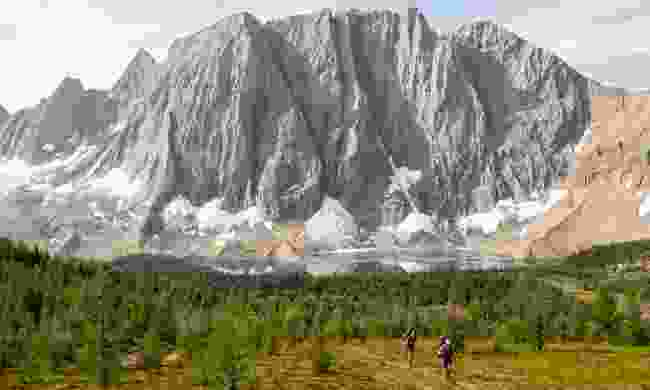 Kootenay National Park lies just a skip and a jump across the border from Calgary, and is best known for its collection of mineral-rich natural pools at Radium Hot Springs. Aside from taking a soothing dip here, you can hike the 34-mile Rockwall Trail beneath limestone cliffs, take a guided trip up to the fascinating Stanley Glacier Burgess Shale fossil beds or visit the preserved colonial fur trading post at the Kootenae House National Historic Site nearby.

As well as the national parks, there are three provincial parks in this area: Hamber, Mount Assiniboine and Mount Robson. The colossal Mount Robson, at 3,747m, is the tallest peak in the Canadian Rockies.

3. What are the best mountain towns in British Columbia?

You’ll find plenty of postcard-worthy mountain towns dotting the Canadian Rockies, ranging from active ski resorts and bucolic spa retreats to rustic logging communities. Among the best is Golden, set on the Columbia River on the outskirts of Yoho National Park. It’s a real adventure playground of a town thanks to its proximity to the high-octane Kicking Horse Mountain ski resort, and is best known for its tip-top backcountry skiing.

In southeastern BC, the former coal-mining outpost of Fernie is also predominantly a ski town, thanks to the craggy mountain peaks looming on all sides and the nine metres of dry powder it receives annually. Its historic centre, characterised by quaint red-brick shopfronts, lends it a rustic, down-to-earth feel.

After a day on the ski runs, you can unwind with a visit to the mountain communities of Fairmont Hot Springs or Radium Hot Springs, both outside Kootenay National Park and known for their therapeutic mineral pools. You’ll also see small herds of bighorn sheep trotting around Radium, which enter the rutting season every autumn and put on an entertaining show. 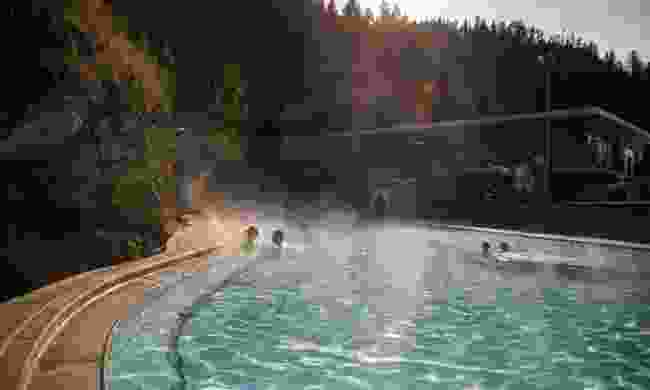 Finally, the charming mountain town of Kimberley is well worth a visit. It adopted a Bavarian theme in the seventies, and its pedestrian-friendly Platzl is still home to the world’s largest free-standing cuckoo clock and hydrants daubed with the town’s moustachioed mascot, Happy Hans. It’s based in southeastern BC, around seventy miles from Fernie.

4. What can I do in the Canadian Rockies? 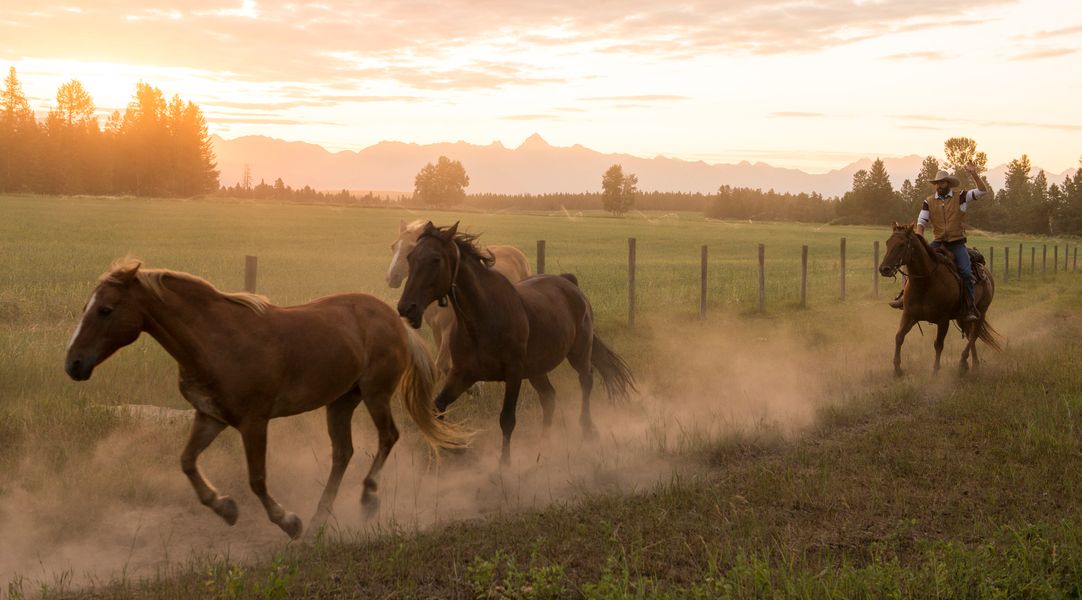 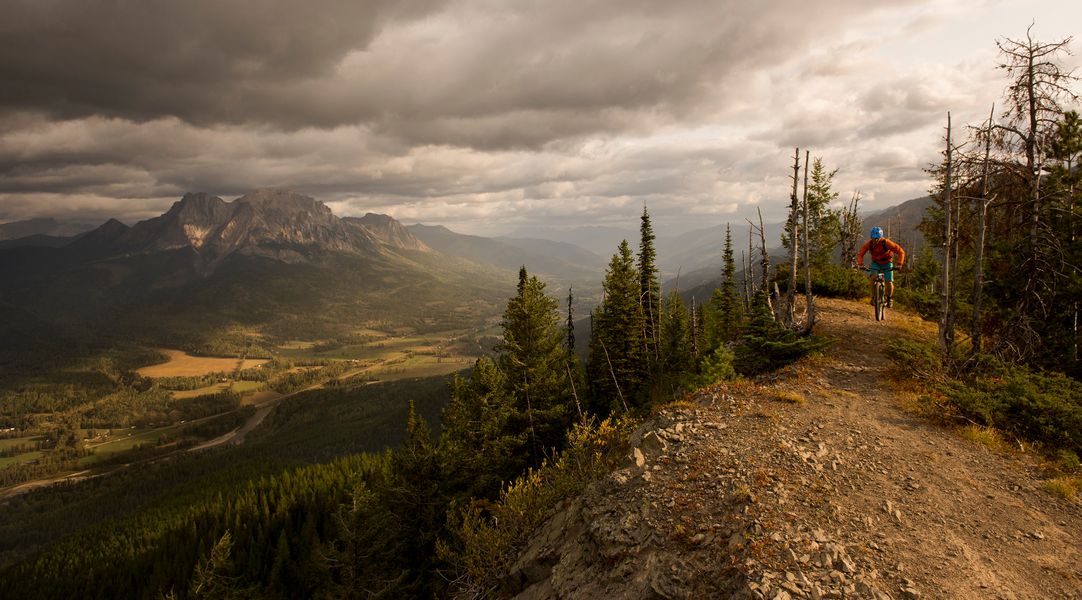 The many activities of the Canadian Rockies (Destination BC/Kari Medig)

Thanks to the Canadian Rockies’ outstanding natural setting, the area is best known for outdoor activities, ranging from the sedate (hiking, kayaking, horse-riding) to the extreme (climbing, heli-skiing, whitewater rafting).

For winter sports, you’ll find resorts scattered right across the region. Kicking Horse, near Golden, is a good choice for intermediate skiers, with 2,800 acres of bowls, chutes and steep downhill runs. Make sure you visit the Eagle’s Eye Restaurant for dinner overlooking the Purcell Mountains – it’s the highest restaurant in Canada. Kimberley Alpine Resort’s laid-back trails are better suited to families, while Fernie Alpine Resort has more varied terrain and deep powder snow. You shouldn’t miss going for a hike in the Rockies, and you’ll find hundreds of trails crisscrossing the area, particularly around the national parks. One of the best routes in Kootenay National Park is the easy Marble Canyon Trail, which leads you over a dramatic limestone gorge carved by the turquoise Tokumm Creek. For something more challenging in Yoho, try the Twin Falls day hike, which takes you along a forested trail to a spectacular double cascade.

If you’re eager to explore on two wheels, you can go mountain biking around Fernie, home to the biggest trail network in the Rockies. You’ll also find white-water rafting on the Kicking Horse and Kootenay rivers, and white-knuckle routes near Golden. For more information on activities, visit Hello BC.

5. How do I get to the Canadian Rockies? 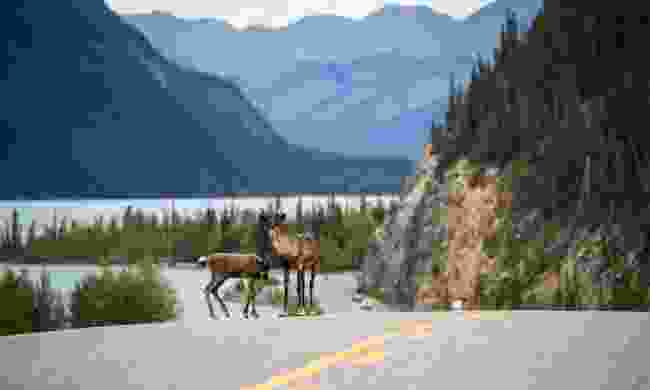 The closest international airports to the Canadian Rockies are both just across the border in Alberta. Calgary is just under two hours’ drive east from Kootenay National Park, while Edmonton is four and a half hours northeast.

Alternatively, you can fly into Vancouver and take a scenic road trip into the Rockies. Along the route you can stop off in the Fraser Valley to wander along the historic Othello railway tunnels or ride the Hell’s Gate Airtram over the Fraser River, and pause in Well’s Gray Provincial Park to take in the misty Helmcken Falls – the fourth-highest in Canada.

While there is public transport in the Rockies, the easiest way to get around the area is to rent a car and travel on your own schedule.

6. What else do I need to know about the Rocky Mountains? 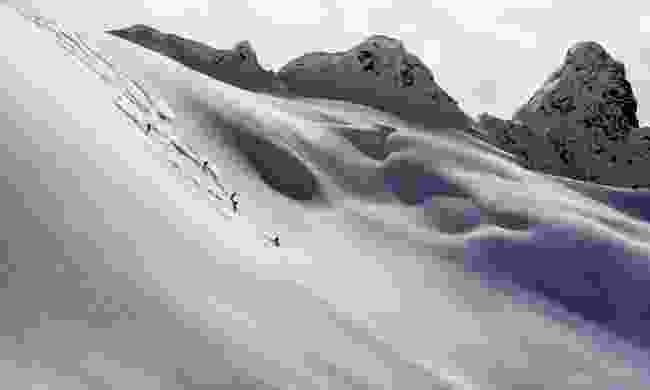 There are two peak seasons in the Rockies: summer (July and August), when the weather is warmest, and winter (December to February), when conditions are the best for skiing. You’ll need to buy a permit if you want to enter the national parks, which you can find at park entrances and visitor centres.