4 incredible and sustainable adventures to have in Belize

Immerse yourself in unspoilt landscapes, an abundance of wildlife and some truly sustainable eco-lodge escapes in bountiful Belize...

Travelling responsibly is easy in Belize, due to the country’s goal to become a world leader in sustainable tourism. With eco-lodges scattered across the pristine rainforest and along the unspoilt Caribbean coast, the highest population of jaguars on the planet and a whopping 28% of territory set aside to ensure the preservation of the flora and fauna, you’re in for a wild and responsible adventure. Here’s how to best enjoy all that bountiful Belize has to offer…

1. Spot jaguars in the wild 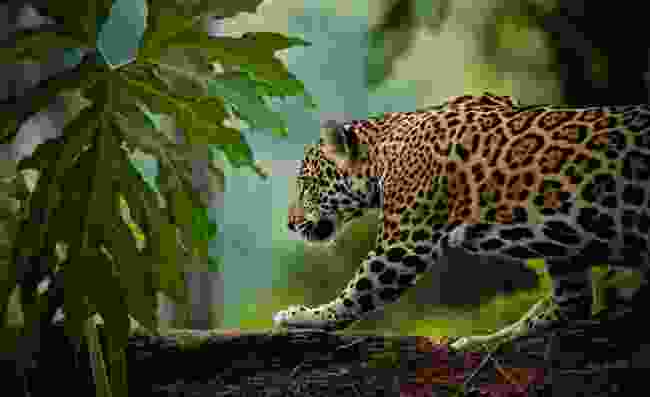 Spot jaguars in the wild in Belize (Shutterstock)

Head to south-central Belize to hike through over 500 sq km of lush, green rainforest that makes up the Cocksomb Basin Wildlife Sanctuary. Set up in 1990, this is the world’s first wilderness sanctuary for jaguars. And with Belize boasting the biggest population of the big cats on the planet, you’ll be in the best possible place to spot them.

Take it slow on the nature trail, not just to increase your chances of seeing jaguar, but also for the opportunity to get an eyeful of the puma, ocelot, tapir and over 300 types of tropical birds that also call this neck of the woods home. At the end of the guided tour, cool off by plunging into one of the many emerald waterfalls splashed through the rainforest. 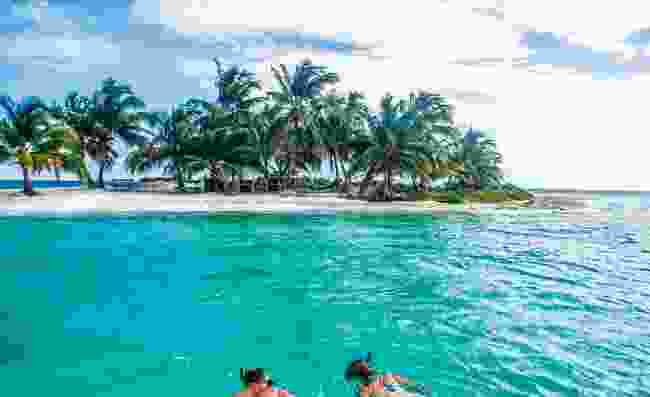 Belize’s blue worlds are just as well cared for as its green ones: strict protection plans are in place and single-use plastics are being phased out to ensure the marine life of the aquamarine waters can thrive now and in the future. And it’s working. The Belize Barrier Reef, for example, has been removed from the list of threatened World Heritage Sites, thanks to the island’s positive climate action. See the underwater haven for yourself by donning a snorkel mask and looking down at myriad fish, seahorses, turtles and even the odd manatee and nurse shark. 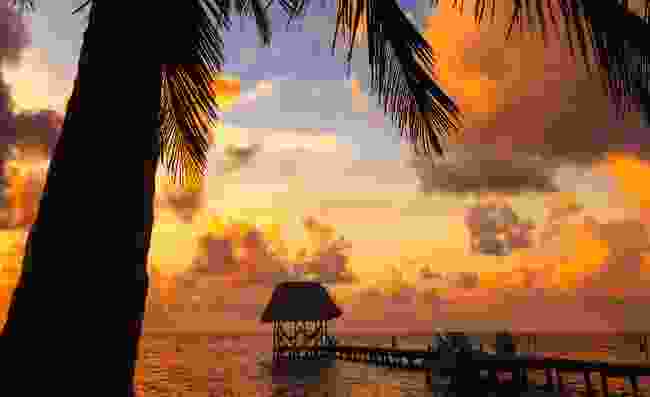 Snorkel off the coast of the Caye Caulker (Dreamstime)

Another of the country’s top snorkelling spots is Caye Caulker. So clear are the iridescent waters surrounding this island off the coast of Belize that you don’t even need to get your hair wet to see the marine life here. Float across the surface to see sharks, stingrays, turtles and eels less than two metres beneath you. 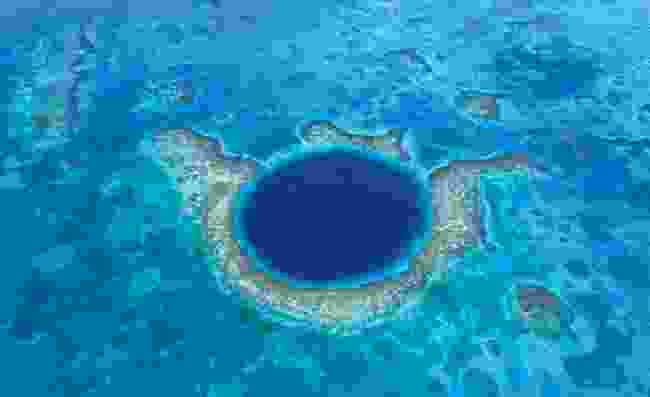 Just south of Caye Caulker lies Belize’s holy grail of diving – the Blue Hole. At 300 metres wide and 125 metres deep, this pool of azure water can be seen from space, and is unsurprisingly pockmarked with many top diving and snorkelling spots. A rainbow of tropical fish can be seen by snorkelling around the shallow edges, while diving in deeper allows you to swim between giant limestone stalactites while spying reef, nurse and blacktip sharks alongside the colourful and alien-like invertebrate life.

3. Go birdwatching in the forest 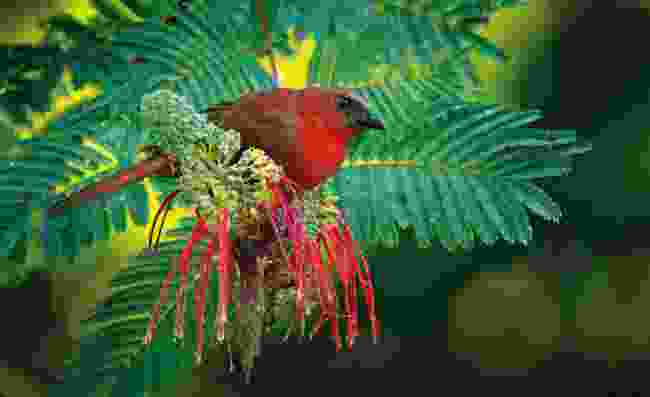 Belize is a birder's paradise (Shutterstock)

It’s not just Belize’s waters that are brimming with life, its skies are, too, with over 500 species of birds flying over the country. One of the best places to spot them is in the Cayo District’s Mountain Pine Ridge Forest Reserve. Trek past the rolling, granite hillsides, see trickling waterfalls, breathe in the scent of pine and keep your eyes to the skies to spy feathered treasures. Rare sights to look out for include the orange-breasted falcon and the impressive king vulture. 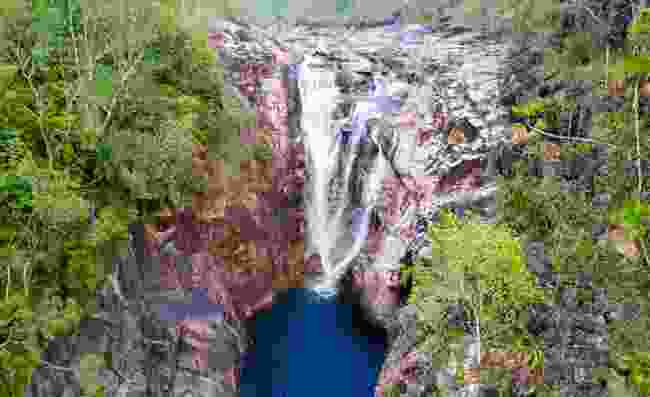 Swim at the bottom of Big Rock Falls (Shutterstock)

There’s more adventure to be had here: place your binoculars to one side to admire the clusters of orchids and ferns on the forest floors, enter the 20m mouth of the Rio Frio Cave or to swim at the bottom of the crashing 45m Big Rock Falls. 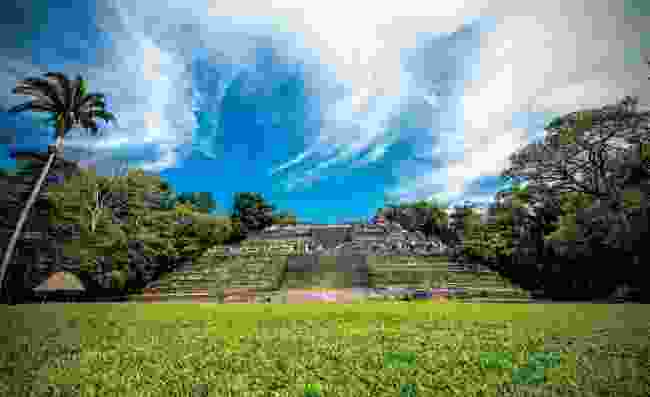 As well as its wildlife, Belize is also making fierce efforts to protect its history-rich temples, palaces and pyramids, left strewn across the country by the Maya civilisation. Make a beeline for the west of Belize, where it doesn’t take too much of an imagination to see how these vast structures were once home to some of the two million people of the Maya empire.

Climb the western edge of the Maya Mountains to gaze on the almost perfectly preserved steps of Caracol – the largest man-made monument in Belize. The nearby Xunantunich, or stone woman, breaking out of the surrounding greenery, is also worth exploring and offers great views of the sun-bleached pyramid of El Castillo. Had enough of hiking? Why not explore the archaeological sites on horseback?

However you spend your time in Belize, you’re bound to return home with memories that remain a long time, and the reassuring feeling that Belize will remain a protected, wild haven for even longer.