The Alpenwelt Karwendel: Why you need to visit this secret German hotspot

With its pretty alpine villages and wild landscapes, the Alpenwelt Karwendel is perfect for hikers, bikers, skiers…and violinists! Located in Bavaria, it's also very accessible for a short weekend away...

Like all the best travel secrets, this one is simply too juicy to keep. Up in the Alps, a whisker away from Germany’s southernmost border, lies the Alpenwelt Karwendel – a land of mighty peaks, lush Alpine pastures, and lakes so blue they’re dubbed the ‘eyes of heaven’. It’s epic, Tolkien-esque territory: spliced by the River Isar, towered over by the Zugspitze (Germany’s tallest mountain), and dotted with a trio of quaint Bavarian villages – Mittenwald, Krün and Wallgau.

But for all its wow-factor, the Alpenwelt Karwendel has remained utterly off-radar – until now. Here’s why it should go straight to the top of your travel wishlist... 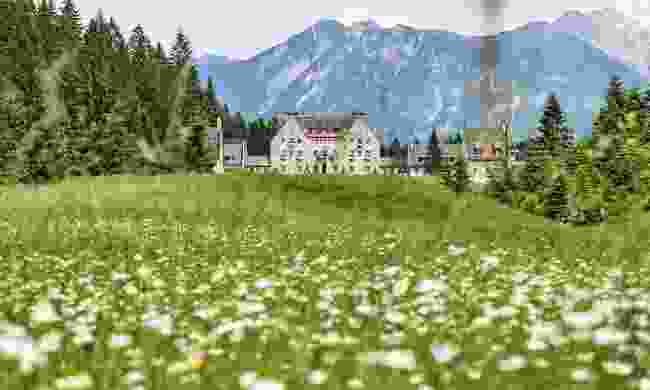 In springtime, the Alpenwelt Karwendel’s meadows burst into life with purple and white crocuses, while in summer they’re scented with wild mountain herbs. Winter buries the meadows in snow – great news for cross-country skiers – but there’s much more to these pastures, known as Buckelwiesen, than first meets the eye.

These gentle rolling hills were formed in the Ice Age, and have provided the mountain communities with nourishment for centuries. Over 200 different herbs grow here, dairy cows graze on the grasses, and the pastures are still mowed by hand by local farmers. This is more than just a spectacular landscape: this is the region’s breadbasket. To see it up-close – whatever the season – follow the Buckelwiesen trail: a 12.2km yomp from Wallgau to Mittenwald.

2. There’s an adventure for everyone 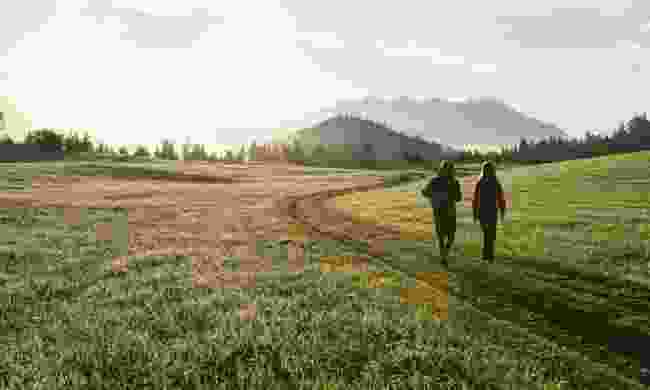 From easy strolls to high-altitude climbs, the Alpenwelt Karwendel has an abundance of hiking routes to choose from: all well-signposted and detailed on maps available from the local tourist offices. Simply tell the assistant your fitness level, how long you’ve got, and what type of terrain you’d like to walk through, and they’ll recommend the perfect match.

Life in the Alpenwelt Karwendel moves slowly, so cycling is a great way to ease yourself into the mountain mindset. Road cyclists will love the well-maintained, quiet highways – while the forest paths are a mountain biker’s dream. Don’t fancy tackling all those hills? Let an e-bike take the strain: available for rent, their powered pedalling makes light work of even the steepest inclines. 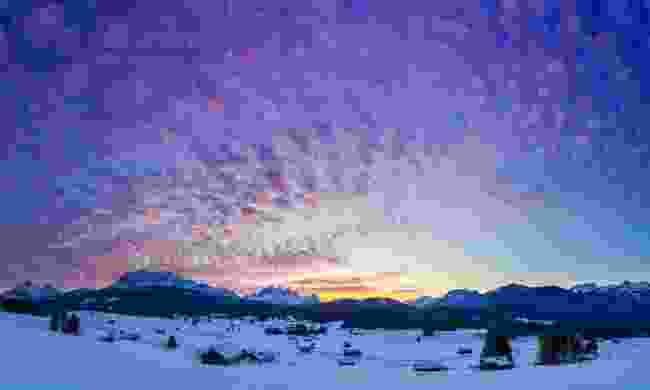 When winter arrives in the Alpenwelt Karwendel, so does the snow: oodles of top-notch powder that attracts skiers and snowboarders in the know. At 7km long, Dammkar (near Mittenwald) is Germany’s longest ski run, but these peaks have routes for every ability – plus ski schools, piste lifts, and cosy mountain restaurants. Better yet, the complimentary skibus will whisk you straight to the slopes from your hotel in Mittenwald, Krün or Wallgau.

But you don’t have to be a skier to enjoy the Alpenwelt Karwendel in winter time: there are snowshoeing trails, spectacular cable car rides, horse-drawn sleighs – and sledging thrills (and spills) to be had on the Buckelwiesen. 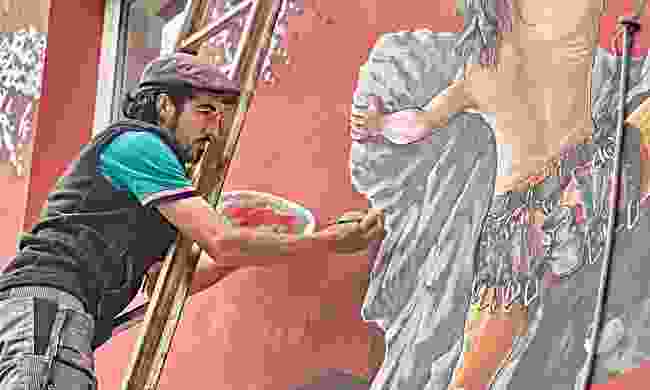 There must be something in the mountain air, because the Alpenwelt Karwendel is a hub for creativity too. Mittenwald is famous for its violins: after studying in Italy, master violin maker Mathias Klotz brought the craft back to his birthplace in 1684 – inspiring local artisans to follow in his footsteps. So revered is the craftsmanship, that Mittenwald violins are among the most desirable in the world (indeed, Mozart played one) – and there are 12 master violin makers in the village today, as well as a violin-making school and museum.

The Alpenwelt Karwendel’s architecture is also a work of art: you’ll spy colourful outdoor murals wherever you venture, depicting biblical scenes, saints and fairytales – daubed everywhere from church walls to the village bakery. Many of these vibrant lüftlmalereien (murals) date back to the 18th century, but modern artists have maintained the tradition: paintings of contemporary life now sit alongside 200-year-old frescoes. For a guided tour of the murals, visit Mittenwald’s tourist information centre. 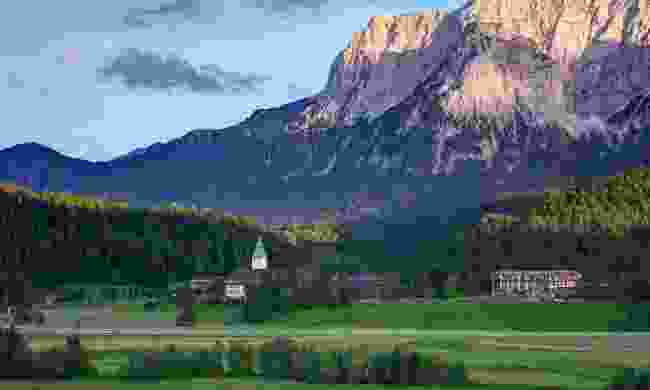 Bavaria’s rich heritage is alive in its annual traditions – such as Maypole gatherings, folk dancing and music. From early January until March, the Maschkera parades celebrate the changing seasons: revellers in wooden masks march through the Alpenwelt Karwendel’s villages, accompanied by bellringing and live bands. On Maschkera’s ‘Unsinniger Donnerstag’ (Nonsense Thursday), men in lederhosen dance in the streets with cowbells – creating a racket that’s said to banish winter, and finally bring spring to the Alps.

6. The food is fantastic 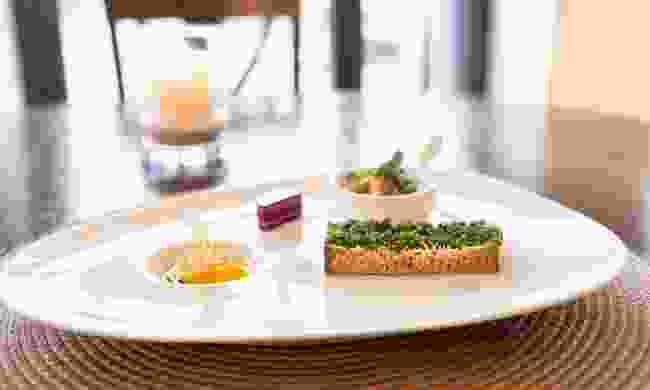 While Bavaria’s alms – mountain hut cafés – serve hearty local fare, the Alpenwelt Karwendel also boasts some very fine dining indeed. Mittenwald’s Das Marktrestaurant, with chef Andreas Hillejan at its helm, has been awarded a Michelin star for its exquisite tasting menus and regional cuisine – such as ‘Rapunzel winter salad’ with chestnuts and pumpkin, and roast venison with coffee and plum jus. The wine list is top-notch too, with plenty of local vintages.

7. Hotels to write home about 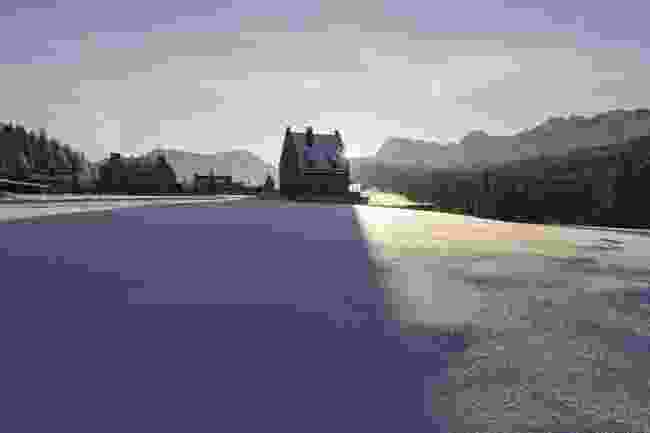 Take your pick from the Alpenwelt Karwendel’s award-winning accommodation: this picturesque region is home to some very special hotels. Hotel Kranzbach, in Krün, is a five-star wellness retreat – offering everything from yoga and meditation courses, to detoxes and Ayurvedic treatments. The handful of lovely rooms and suites includes a spectacular treehouse, located deep in the forest. In addition to its Michelin-starred dining, the five-star Schloss Elmau offers elegant suites, a health spa, and uninterrupted views of the Wetterstein mountains. Set in acres of protected woodland, the castle also hosts concerts, talks and workshops covering everything from qi gong (a meditative martial art) to classical music.

Discover more about the wonders of the Alpenwelt Karwendel, or about the beautiful Bavaria. You can also search Visit.Bavaria on Facebook.

If you want to keep up to date with the latest Bavaria news, including upcoming festivals and events, sign up here.