Swabian Alb: The German mountains you haven’t heard of but need to visit

With its mighty landscapes, thermal springs and incredible hilltop castles, it’s a wonder that this region of southern Germany remains so blissfully crowd-free. Here’s what you’ve been missing… 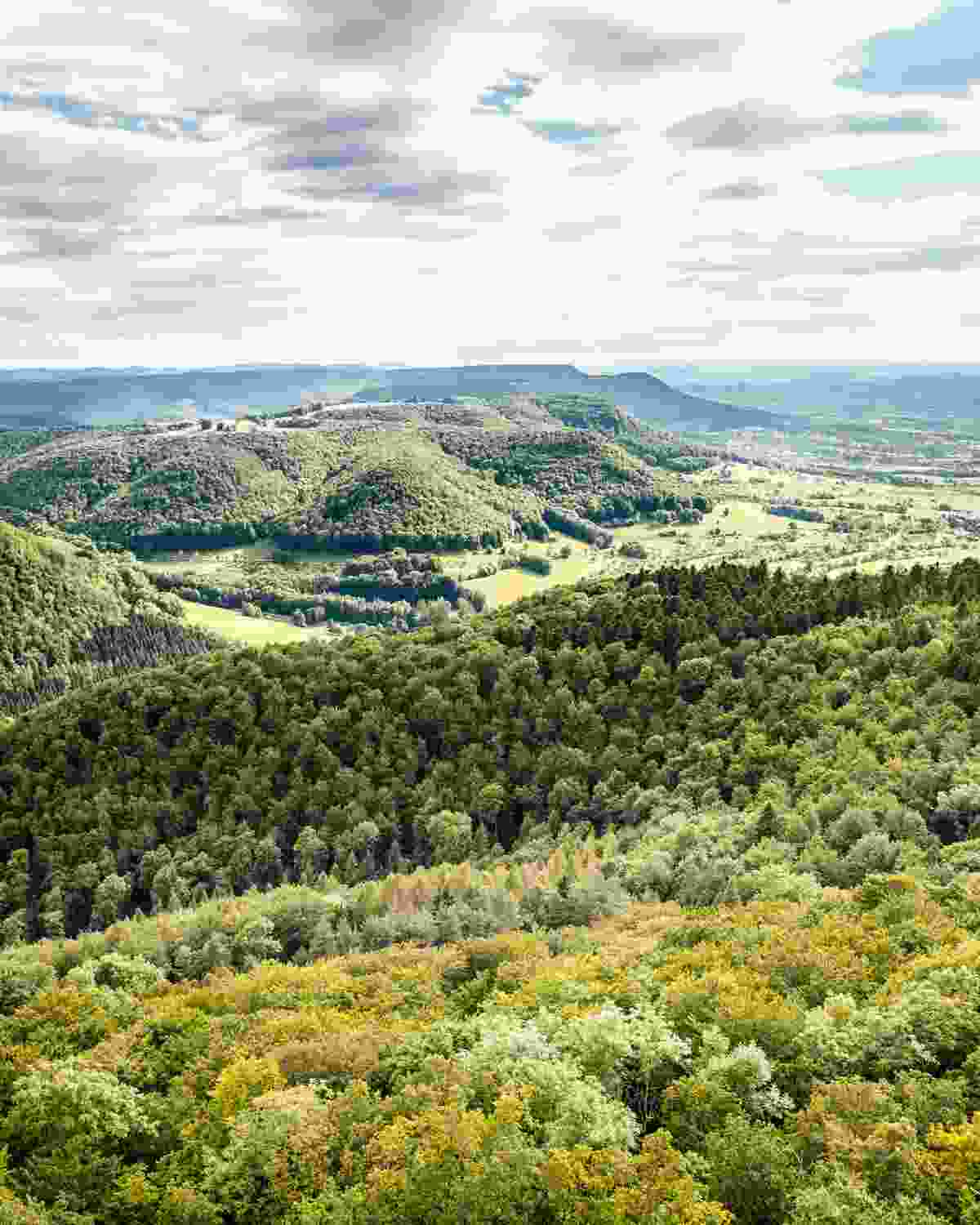 As you stand on the edge of the Albtrauf plateau, one of Germany’s most idyllic corners unfurls at your feet: a lush patchwork of fields and forests, criss-crossed with silvery waterways. Up here, 1,000 metres above the valley floor, the earth simply falls away – like the edge of a parapet. If you walk even a fraction of this 200km-long escarpment, you’ll spy hilltop castles, juniper heathlands, dramatic rock formations and much more – while birds pirouette on the thermals, impervious to that white-knuckle drop.

The Swabian Alb’s landscape is a work of art, millenia in the making. From Ellwangen in the north-east to Tuttlingen in the south-west, the area is nurtured by the Neckar and young Danube rivers, with Lake Bodensee almost touching its southernmost tip. Shaped by volcanic eruptions and ancient inland seas, the terrain ranges from rolling vineyards to karst limestone formations – and the Albtrauf, on the northwestern edge, is a mighty crescendo.

But the landscape is just one of the Swabian Alb’s treasures. Here are five reasons to head there for yourself – discovering everything from Medieval marvels to Albert Einstein’s birthplace...

1. It's the cradle of civilisation 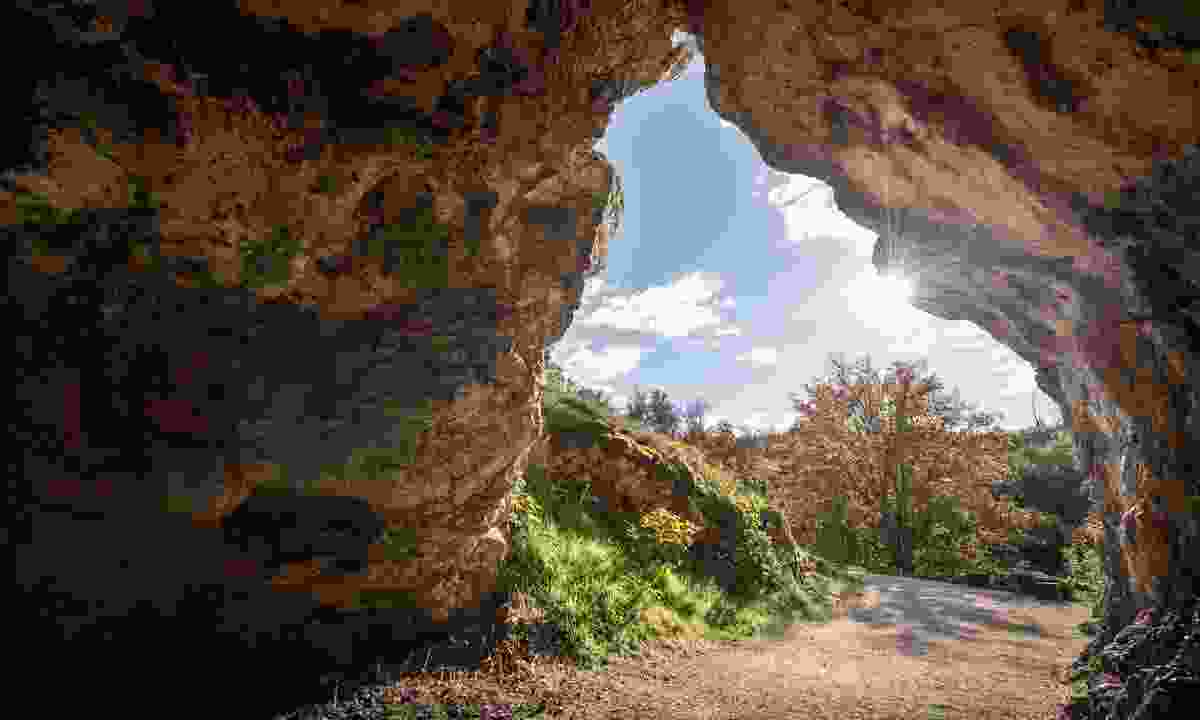 A cave at Vogelherd (Guggemos)

Over 40,000 years ago, during the first Ice Age, the Swabian Alb was home to some of Europe’s first modern humans – and archaeologists are still unearthing their bones and belongings today.

The priceless discoveries include musical instruments, jewellery and weapons, as well as intricately-carved animals – such as mammoths, horses and cave lions. They are among the oldest figurines in the world, and ‘help shed light on the origins of human artistic development’, says Unesco, which has awarded World Heritage Site status to six of the region’s caves.

You can see some of the Ice Age treasures for yourself at the Archäopark Vogelherd museum in Niederstotzingen, and try your hand at throwing spears, making fire and carving tools – just as our ancestors did. 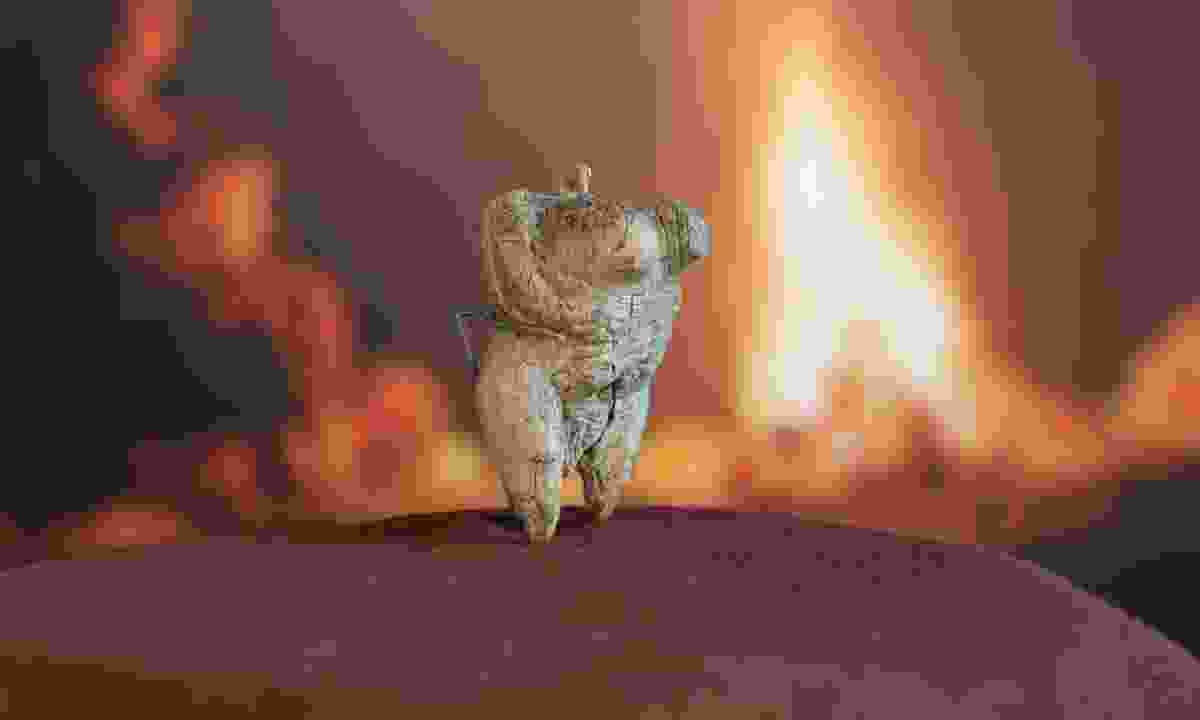 At Cave Adventure World in Giengen-Hürben, you can venture inside Charlottenhöhle: one of the area’s most impressive Ice Age dwellings. Blaubeuren’s Museum of Prehistory also has some fascinating exhibits, such as the Venus of Hohle Fels – the world’s oldest depiction of a human, an estimated 40,000 years old.

2. It has hidden depths 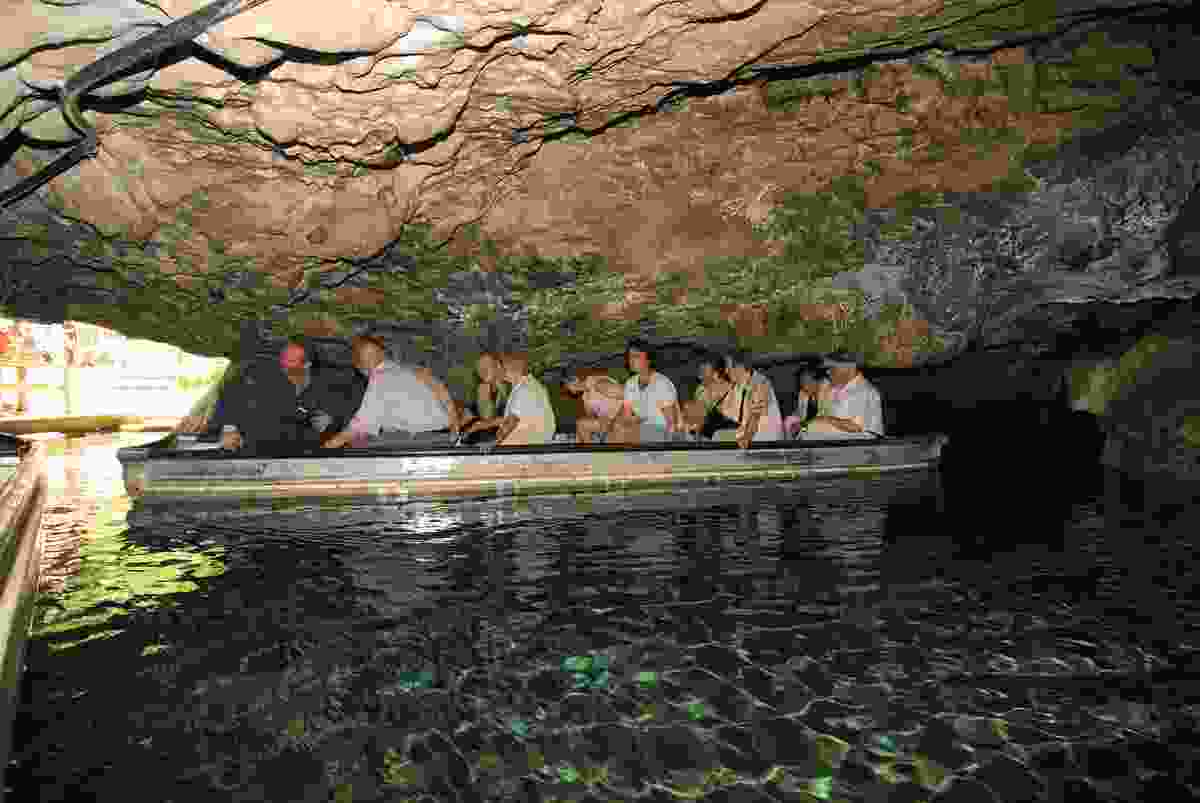 Beneath the Swabian Alb lies a honeycomb of caverns, hewn over millions of years by the area’s abundant waterways.

Laichinger Tiefenhöhle, the deepest show cave in Germany, comprises of several huge chambers and towering shafts – plunging a total of 80 metres through dolomite and limestone. It’s a vertical network, but you don’t need to be an expert caver to explore these impressive cavities: the only gear you’ll need is comfy shoes – and strong thighs to master the plentiful stairs.

For a gentler experience, the Wimsener Höhle in Hayingen can be explored by boat. A smooth 30-minute ride takes you deep inside the cavern – all pearl-white stone and crystalline waters. 3. The hiking is heavenly 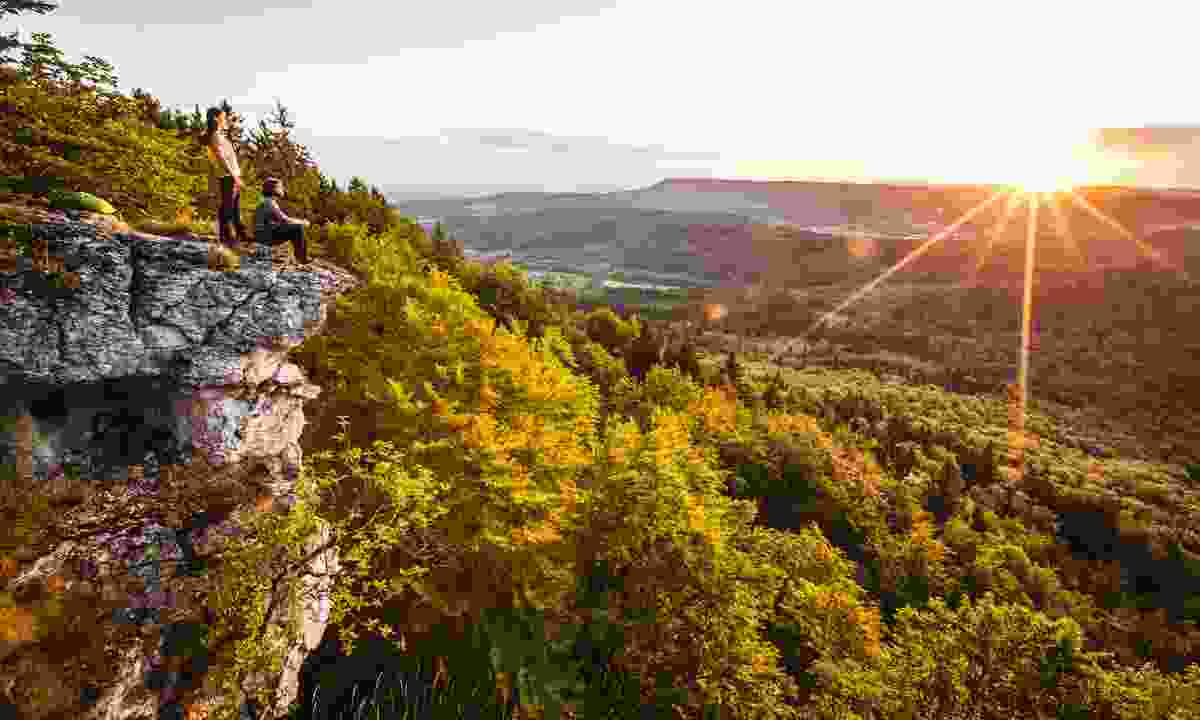 Hike the cliffs to be rewarded with stunning views (Albstadt Tourismus)

From the tip of the mighty Albtrauf to the rolling juniper heathlands, the Swabian Alb is criss-crossed with over 60 excellent and certified hiking trails. Around Tübingen, you’ll find easy paths through meadows and ancient forests, such as the 3.6km Mössinger Streuobstwegle – and the 5.5km Wurmlinger Kapellenwegle, which traverses idyllic vineyards and apple orchards.

Or, for a bird’s-eye look at the Danube, try the DonauWelle Eichfelsen-Panorama route: a 12.4km loop from Beuron up the valley wall. It’s a steep climb, but those views are a rich reward.

You can also combine some of the region’s top sights with nearby walking trails, such as the Urach waterfall, Blautopf spring and Hohenzollern Castle. At 360km in length, walking the entire Albsteig Trail is no mean feat – but you can choose one section (or two) to suit you. It follows the Albtrauf, so the views are always sublime. 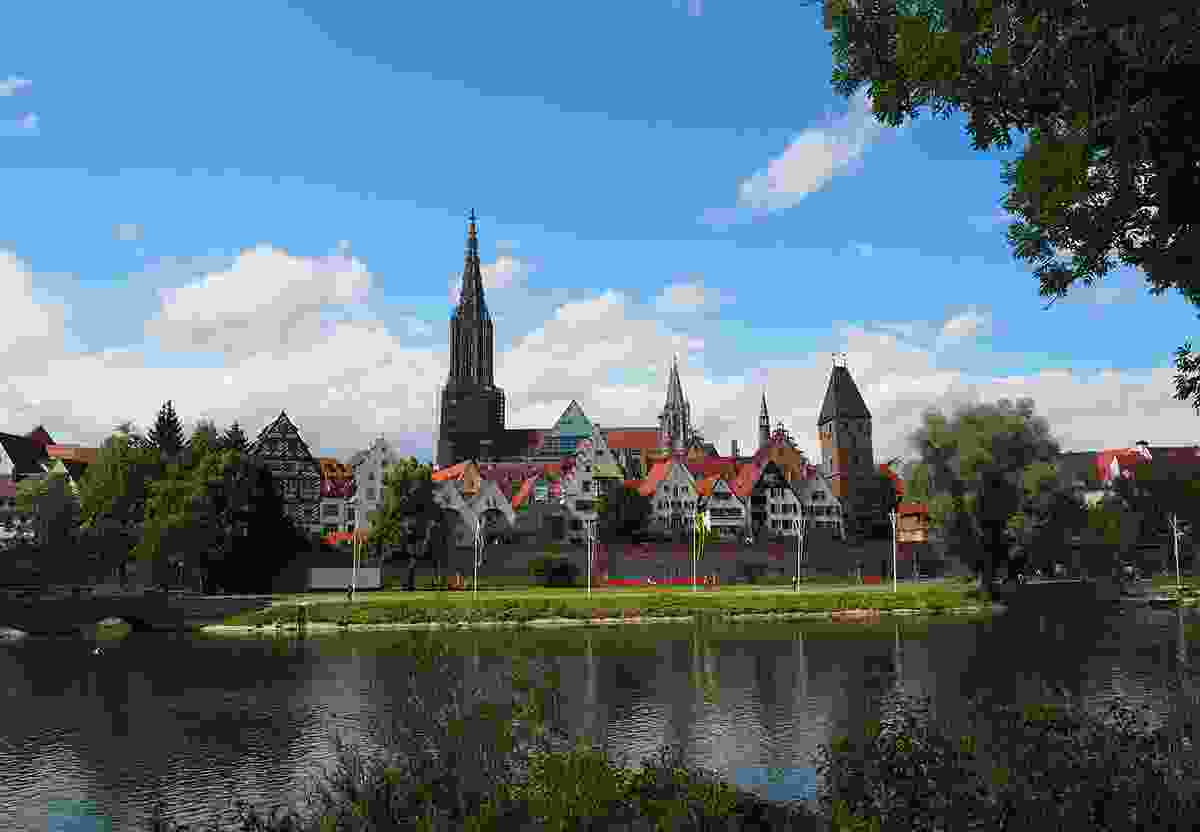 The city of Ulm, on the River Danube, makes for a delightful minibreak. For such a small, sleepy settlement it has two remarkable claims to fame: it was the birthplace of Albert Einstein, and is home to the highest church steeple in the world. There’s a whopping 768 steps between you and the top of Ulm Münster, but the views are epic: encompassing the entire city, the surrounding countryside, and the Alps in the far distance.

The Fishermen's and Tanner's Quarter dates back to the 1500s, when the Danube was one of Europe’s most bustling trade routes. Today, its Medieval backstreets are rich in craft shops and quirky hotels, such as the wonderfully wonky Schiefes Haus. Its walls lean at almost 10°, over twice the angle of Pisa’s famous tower. 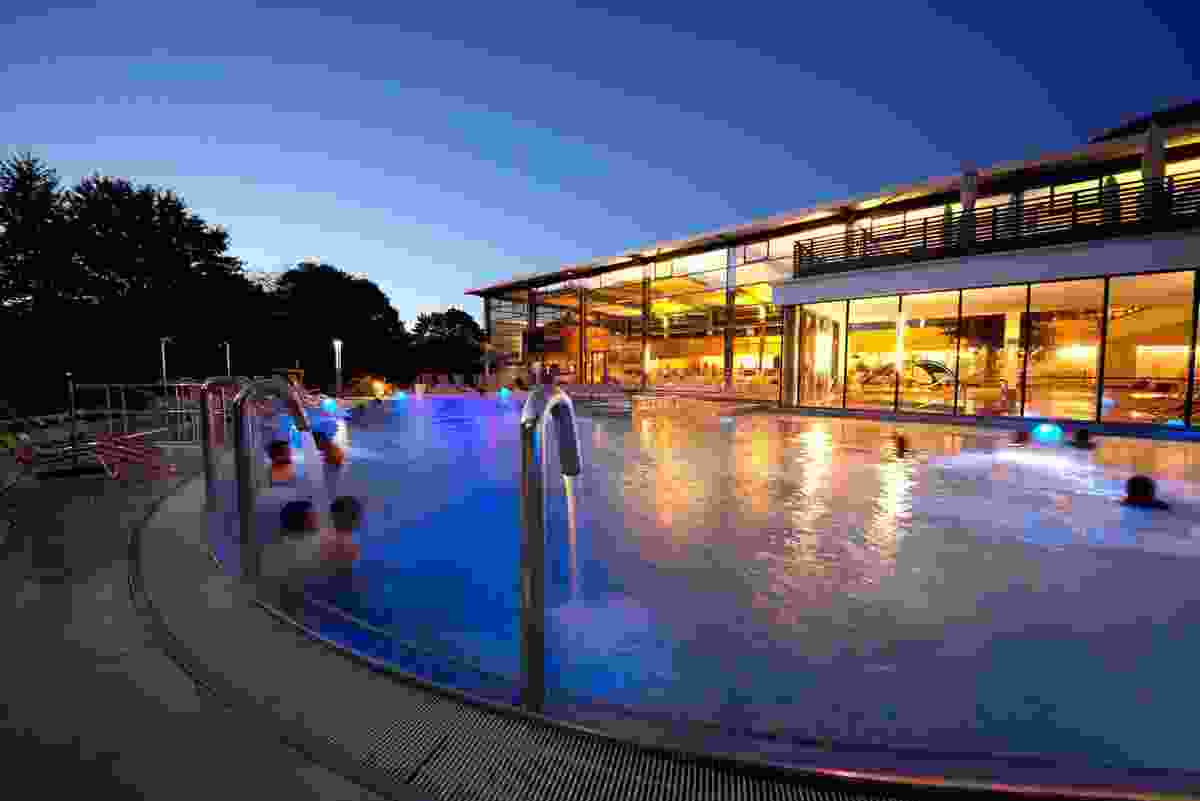 Soothe your spire-weary legs in Bad Urach's hot springs and mineral waters. As well as castles and caves aplenty, this spa town is home to the AlbThermen baths – which have six thermal pools and seven saunas.

5. The castles are incredible 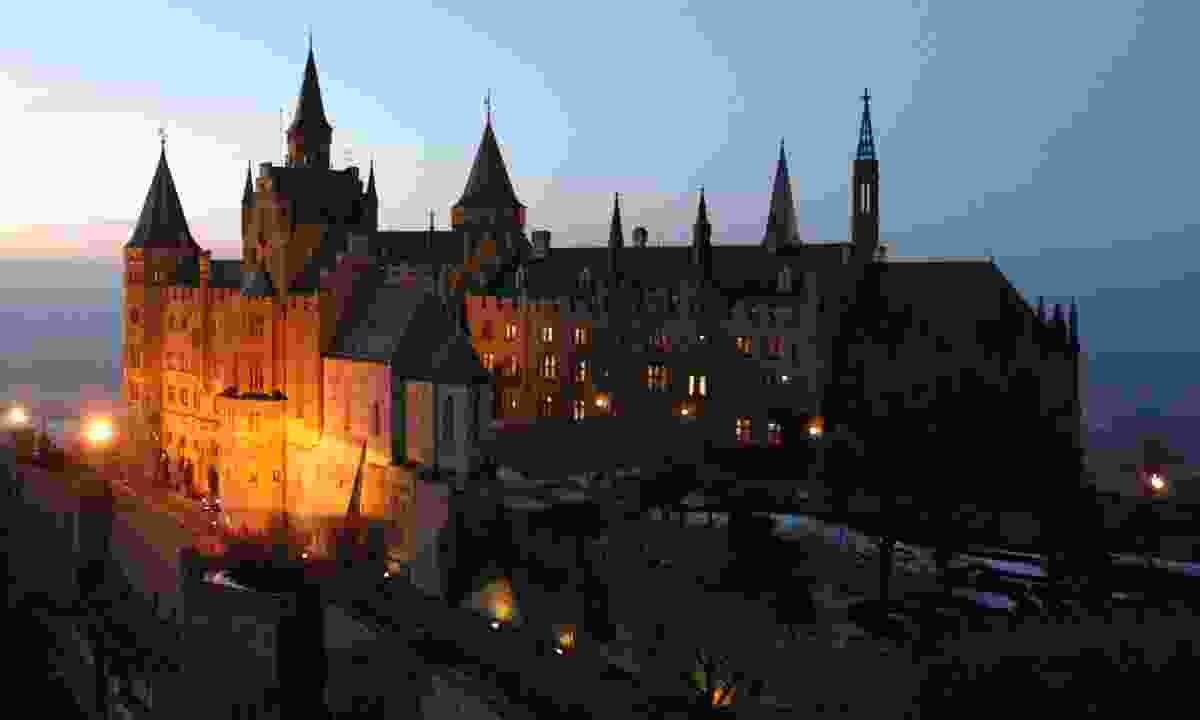 As if the Albtrauf isn’t impressive enough, it also has incredible views of Hohenzollern Castle. On misty mornings, the hilltop fortress – just across from the escarpment – appears to float on a carpet of clouds, its turrets and spires piercing the silvery haze.

Up close, it’s even more majestic: with exquisite ceiling frescoes, shimmering gold interiors and sweeping stone staircases. Incredibly, these lavish chambers are still occupied by the Prussian Royal House (and have been for over 150 years), but Hohenzollern is also open to the public. Its exhibits include many of the family’s treasures, such as the Prussian king’s crown.

For yet more sovereign splendour, look to Lichtenstein Castle – a 19th-century stronghold built in the Medieval style – and Sigmaringen Castle, which has been owned by the Hohenzollern royals since 1535. Both offer guided tours of their opulent interiors. 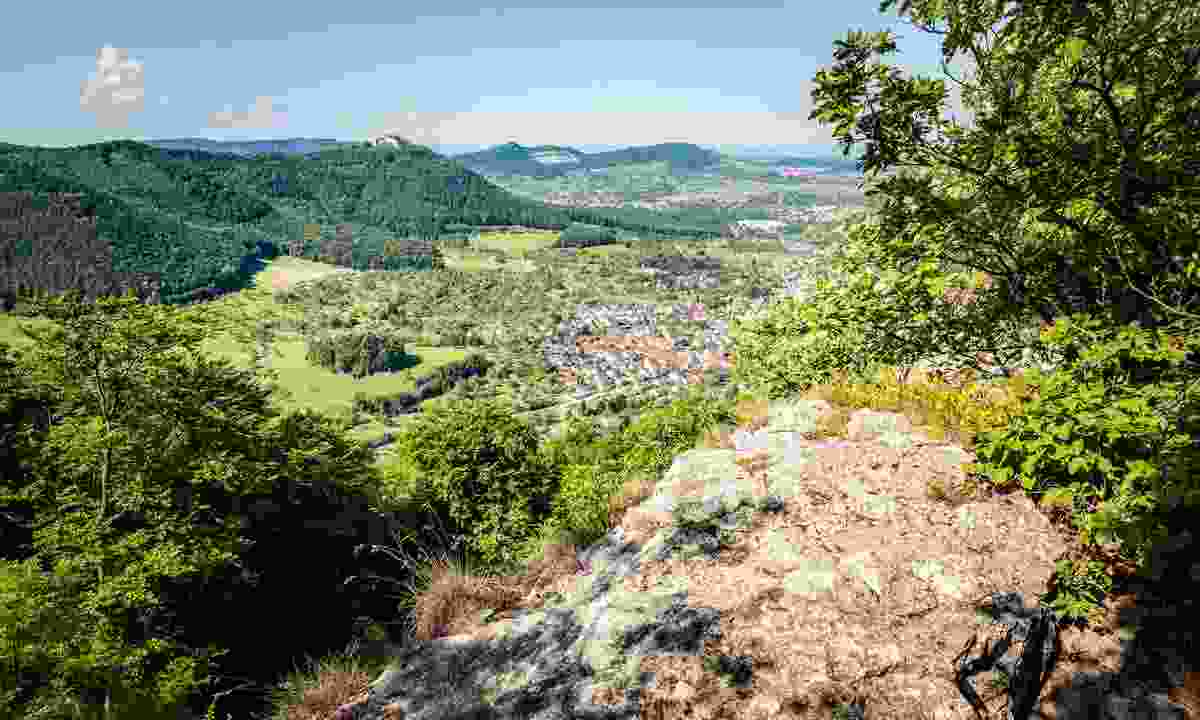 The origins of Hohenneuffen Castle can be traced back to 1100. Though it now lies in ruins, this hilltop stronghold remains mighty – with breathtaking views over the surrounding countryside. 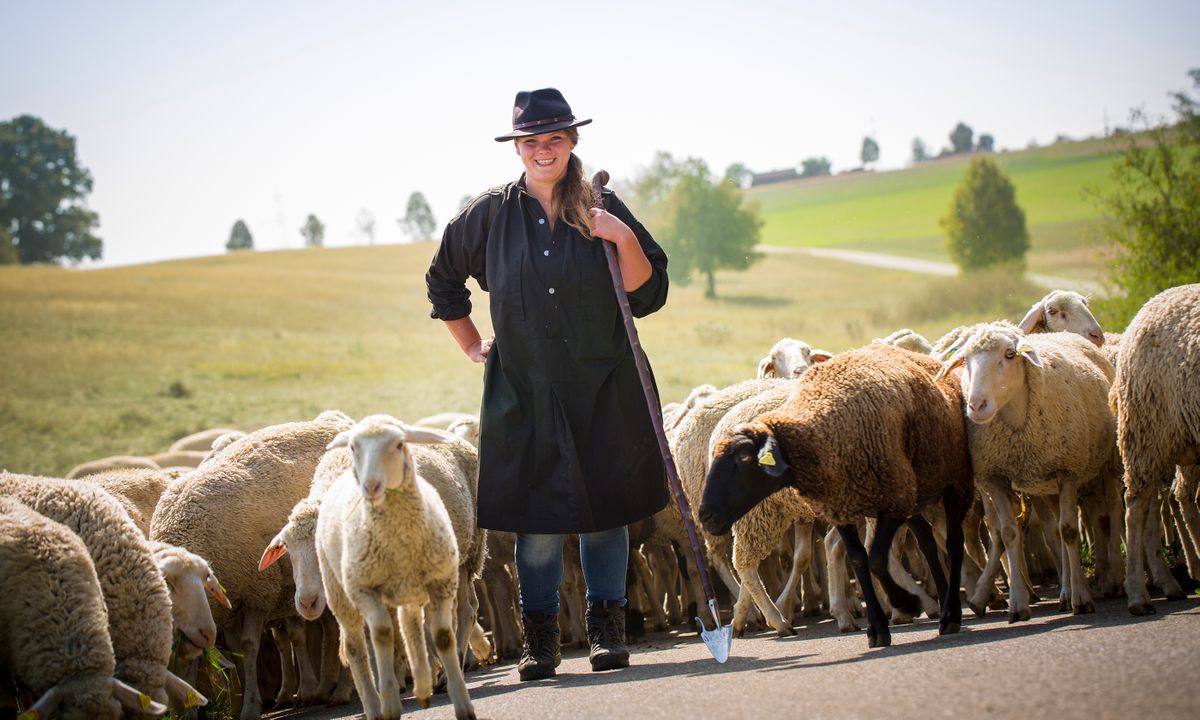 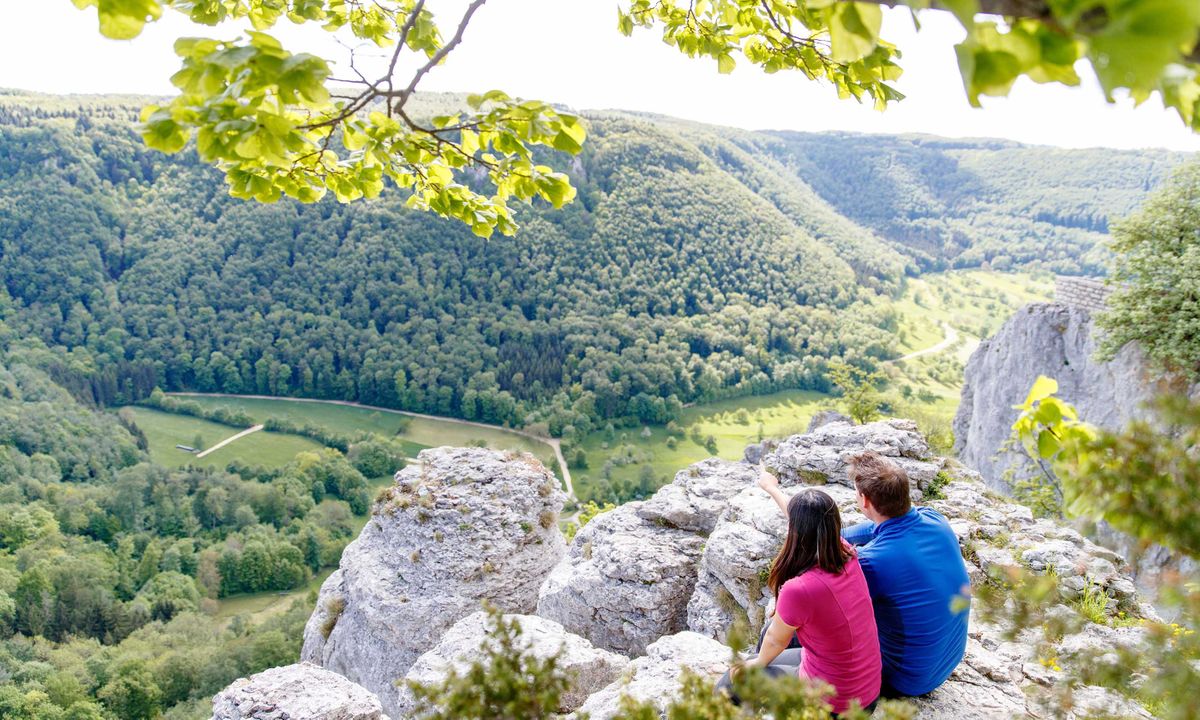