5 reasons why Innsbruck is your next gateway to adventure

As the capital of Tirol, Innsbruck offers the perfect mix of urban flair and countryside idyll. Here are five reasons why your next adventure should be from Innsbruck…

Innsbruck offers the best of both worlds. It’s not just a great city break destination with plenty to see and do but also a top spot from which to enjoy a wide array of adventures. Check out our list of five reason how, if you holiday in Innsbruck, you really can have it all…

1. Adventure is just a cable car away Even if you stay in Innsbruck’s bustling city centre, the cable car station can have you in the mountains in just 25 minutes. The city is nestled against the Nordkette mountain range and the top of Innsbruck is located at 2,300m at Hafelekar peak. The Nordkette cable car ride up this behemoth traverses over forests, jagged rocks and the River Inn and, once you emerge from the blanket of clouds, you can then enjoy what’s been playfully dubbed ‘the highest city stroll in the Alps’ thanks to its ease of access.

Make sure you get your hands on a free Innsbruck Welcome Card which includes four free trips on either the Mutteralmbahn, Axamer Lizum Olympiabahn, Three Lakes Railway Kühtai and Oberpfuss cable cars.

2. It’s a great gateway to Karwendel 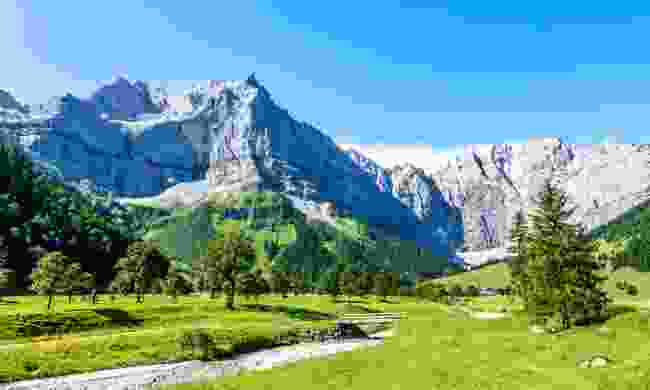 The Nordkette is also the gateway to Karwendel; a nature reserve boasting 727sq km of untamed countryside. It’s the ideal hiking spot, especially for those seeking multi-day hikes as the mountain huts here offer overnight accommodation, in addition to a good place to enjoy a bite to eat. As you explore, be sure to keep a watchful eye on the skies for birdlife such as the owls, woodcock and the three-toed woodpecker and to the ridges to spot the alpine ibex that roam in the park’s wilds. Take the time to explore the streets of Innsbruck and you’ll quickly uncover a city steeped in imperial heritage. The Golden Roof is a widely-recognised landmark of the city which was built by Emperor Maximilian more than 500 years ago. It’s been shining (quite literally) ever since over the city’s medieval old town and is well worth a visit to inspect its intricate tableau of curious figures. Then why not walk in the footsteps of the Habsburgs at the Imperial Palace, considered one of the most culturally significant historical monuments in Austria.

4. Hop in the saddle 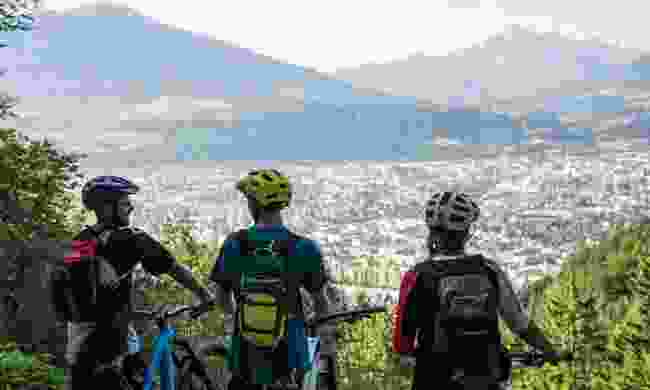 There are plenty of scenic bike trails to find across Innsbruck (Tirol Werbung, Neusser Peter)

If you’re in the mood for some thrilling downhill runs, you’ll want to check out Innsbruck’s Bike Park in Muttereralm. Here you can find trails tailored to different levels of ability such as ‘The Wild One’ (which lives up to its fast-paced namesake!). For something more sedate why not try some of the cycling paths in the wider region? The ‘Cycle and savour route in the Inn Valley’ runs alongside the River Inn and gives riders the chance to stop at 25 different places of gastronomic interest.

5. Take it slow on Patscherkofel 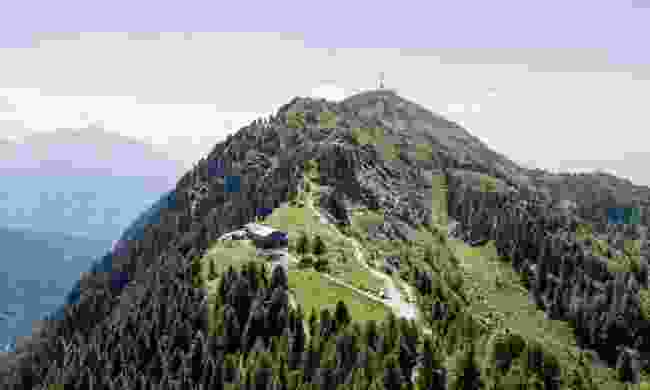 Whilst the jagged peaks of Nordkette mountain range may lay to Innsbruck’s north, the Patscherkofel mountain lies to its south, and provide a gentle contrast for those who wish to simply wander in fragrant pine forests and unwind. In summer, the Patscherkofelbahn lift leads to hiking trails such as the Jochleitensteig, the Gipfelweg and the Zirbenweg, which all start at the mountain lift station.

Why not get your hiking trip off to an adventurous start by booking the Patscherkofel Gourmet Breakfast Gondola experience? Take the Patscherkofelbahn gondola up to the restaurant Das Kofel where you will wait with a glass of prosecco for your own gondola to arrive. Once inside, you will enjoy breakfast alongside spectacular mountain views.

To discover what else this city of contrasts can offer you, check out at innsbruck.info

Be sure to get your hands on the Free Welcome Card which is included in all stays in Innsbruck for three nights or more and allows you to enjoy free public transport across the region, including trains, busses, selected cable cars and more.