5 things to do in Ako City, Japan

On the shores of the sparkling Seto Inland Sea in the southwest of Japan is the small port city of Akō. Step into a world of history, shrines, castles, samurai tales and nature-surrounded hikes...

On the shores of the sparkling Seto Inland Sea in the southwest of Japan is the small port city of Akō. Situated at a picturesque point between Osaka and Hiroshima, Akō makes for a perfect overnight stop between the two. It is also very accessible from Himeji. With so many hotels offering onsen (hot springs) to be found in Ako city, it makes for a relaxing and luxurious stop off. 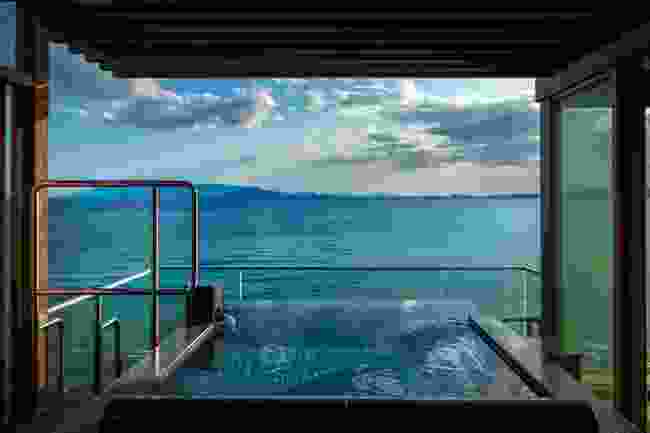 The infinity onsen at the luxurious Ginpasō

Visitors can step into its history on preserved streets, in serene Shintō shrines and Buddhist temples, and at its castle, exploring the city’s links to Japan’s most famous samurai tale. The natural beauty of the surrounding area is easily accessible, and there are plenty of mineral-rich onsen to ease aching muscles after a hike.

1. Admire the shrines and temples 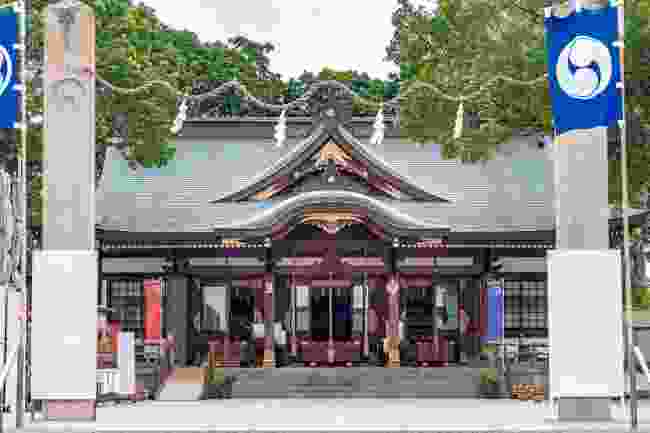 By Akō Misaki (Cape Akō) is Iwatsuhime Shrine, where you can buy amulets for safe travels and happy relationships. Combine this with the cute shops and cafés on nearby Kirakira Saka (Glittering Slope), which leads down to the sea, and it’s no surprise that it’s a popular date spot.

The path approaching Akō Ōishi shrine is lined with statues of Japan’s famous 47 rōnin, warriors who in 1702 avenged their late master, the lord of Akō. After completing their plan, they all committed seppuku (ritual suicide). They’re enshrined here, and every December the shrine holds a festival reenacting scenes from this iconic tale of honour and revenge.

Myōken-ji is a Buddhist temple located halfway up Chausuyama. Its Kannon Hall, which contains a statue of the Bodhisattva of mercy, Kannon, dates back to 1772. But the real reason to visit is the view, looking out over the turquoise waters of island-studded Sakoshi Bay, and framed each spring with the blush of blooming cherry trees on the mountainside.

Further down the mountain is Ōsake-jinja. This usually serene shrine holds the Sakoshi Boat Festival each October, which features dancing, performances, and wooden boats propelled around Sakoshi Bay by rowers in traditional costumes. The shrine’s precincts include a holy island of Ikushima and the nearby Ikushima Forest; people are prohibited from visiting, which has led to an undisturbed environment and the unspoiled Ikushima Forest has been designated a national natural monument. 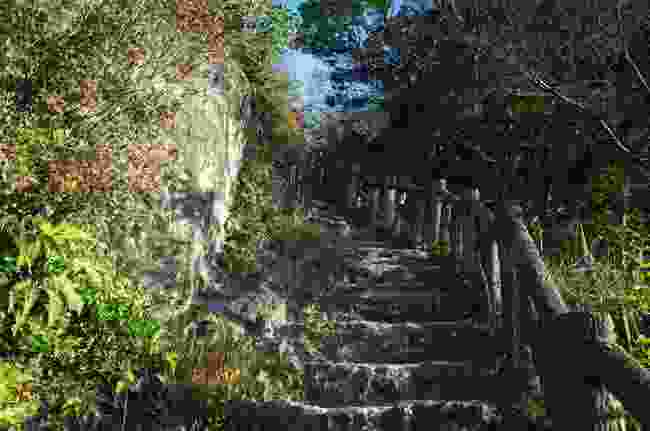 Akō’s coastline is part of Setonaikai National Park, which you can explore easily on foot. From Kirakira Saka, it’s a gentle stroll along the rocky coast to Ōtsuka Kaigan, a popular fishing spot. At Fukuura Beach there’s a stairway to Higashi Misako Observatory Square, where a bronze statue of Ōishi Kuranosuke, leader of the 47 rōnin, gazes sternly towards the city. Though the square is particularly beautiful in spring, when its 1,700 cherry trees bloom, the sea view is lovely year round.

From Akō Misaki, cycle along the coast-hugging road for half an hour to reach Chausuyama. This mountain offers slightly more strenuous hiking opportunities. After following the tightly winding road up to Myōken-ji, you can either stick to the tarmac to reach the summit or opt for the stony Sekibutsu Junrei trail. This atmospheric path is lined with statues of Jizō Bosatsu, protector of travellers. From the top you can see west to Akō city and the Chikusa River, and east over Sakoshi Bay.

The closest hike to the city centre is up Otakadaiyama. It takes under an hour to tackle the steep climb to the 253-metre summit, well worth it for the expansive views of Akō and the Seto Inland Sea. The trail starts near Banshū Akō Station, so you can head up to enjoy a panorama of the city before catching a train. 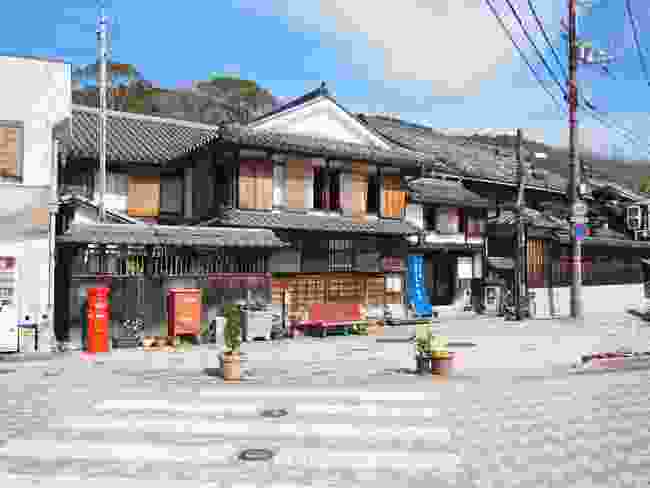 Heading from the Chikusa River to Sakoshi Bay is Sakoshi Machinami, a paved street lined with many preserved buildings. At times it feels like you’ve stepped onto the set of a samurai film, giving you a glimpse of the old townscapes of this part of Japan.

The Machinamikan is an ideal place to start your explorations. The impressive wooden building used to house a bank, but today it’s used as a small museum and tourist information centre. You can also get insight into local history and architecture at the Kyū Sakoshiura Kaisho (Former Sakoshi Bay Meeting Place), a beautifully restored building at the port end of the street.

At the Okutō Shuzō sake brewery, near the middle of the street, you can buy the excellent local sake. The brewery was founded in 1601; you can learn more about its long history at the attached museum, the Okutō Shuzō Kyōdo-kan.

4. Get lost in the history of Akō 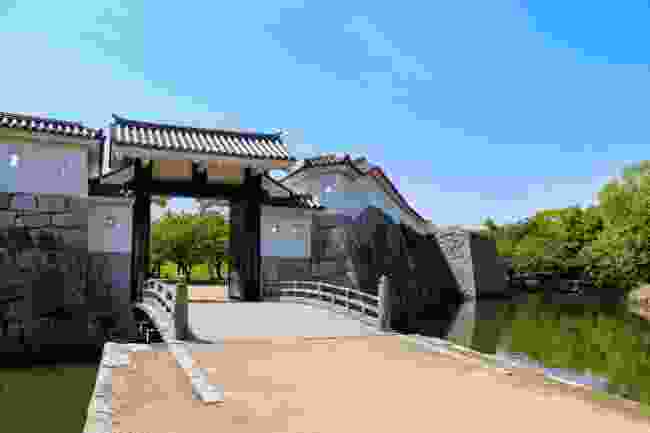 Although Akō’s castle was commissioned in 1661, when a period of peace had begun in Japan, its unusual zigzagging walls, moats and convoluted access routes were designed with war still in mind. Much of the castle was dismantled in the 19th century, but sections are now being restored. This gives visitors an opportunity to see traditional Japanese building techniques, as well as admiring the remaining steeply sloped walls and white turrets.

The castle grounds not only contain the important Akō Ōishi shrine, but also the Honmaru and Ninomaru gardens. Both make wonderful places for a stroll on a fine afternoon, with carefully pruned trees and picturesque ponds, and are very popular in cherry blossom season.

You can learn more about the castle at Akō City Museum of History, located at the edge of the castle compound. There are also displays on the 47 rōnin, the city’s old waterworks, salt production, and general local history. 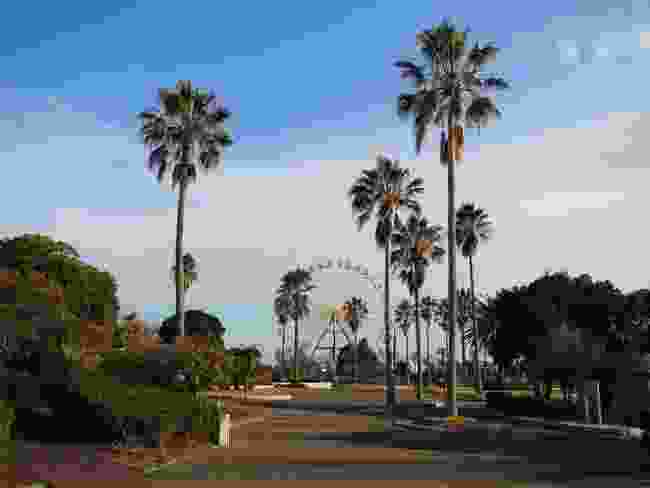 In a country which has created such a complex and delicious cuisine, it’s no surprise that salt is very important. Akō has been producing sea salt for centuries, renowned from the 17th century for its mellow, delicate flavour. Even today, the city accounts for about 20% of Japan’s modern salt production, and it remains highly regarded.

At the Country of Salt and Marine Science Museum, you can learn more about the history of salt production in Akō, and even try making some yourself. From the wide, flat salt fields outside to the large ‘cauldron’ used to boil down the salt water to create a thick consistency, you’ll discover the ingenious methods used centuries ago, and get a close-up look at traditional wood-and-thatch buildings.

The two facilities are located in Akō Seaside Park, near Akō Misaki. The park makes for a great family day out, with sports facilities, a huge playpark, a petting zoo, and even a small amusement park.

Where to stay in Ako

Akō has a wide range of accommodation, from modern Western-style hotels to traditional ryokan (Japanese inns). There’s something to suit every budget, and many places offer rates inclusive of dinner and breakfast...

Near Iwatsuhime Shrine, at the tip of Cape Akō, Ginpasō makes the most of its coastal location. Rooms face out over the water, and the restaurant menu features local products including rice, salt and seafood. The infinity-pool-style Tenkai no Yu outdoor hot spring directly overlooks the ocean, and several rooms also have hot-spring baths with sea views.

This small, stylish hotel is located next to Fukuura Beach. Its café has a light, airy feel, which extends into the two bright bedrooms. Both have wide windows, so you can even see the ocean from the luxuriously large bathtubs. Dinner uses local, seasonal produce, focusing on fresh fish and seafood.

Near Banshū Akō station, Kariya Ryokan Q makes a convenient base to explore the city and coastline. Housed in a traditional building, it combines traditional Japanese aesthetics with Western touches – rooms have beds instead of futons, for instance, but also bathrooms panelled in fragrant wood. The Japanese-style breakfast and tranquil garden are highlights.

Where to eat in Ako

Given its coastal location and history of salt production, it’s no surprise that Akō has a thriving food scene. From bakeries and cafés to upscale restaurants, you’re sure to find something to suit your tastes... 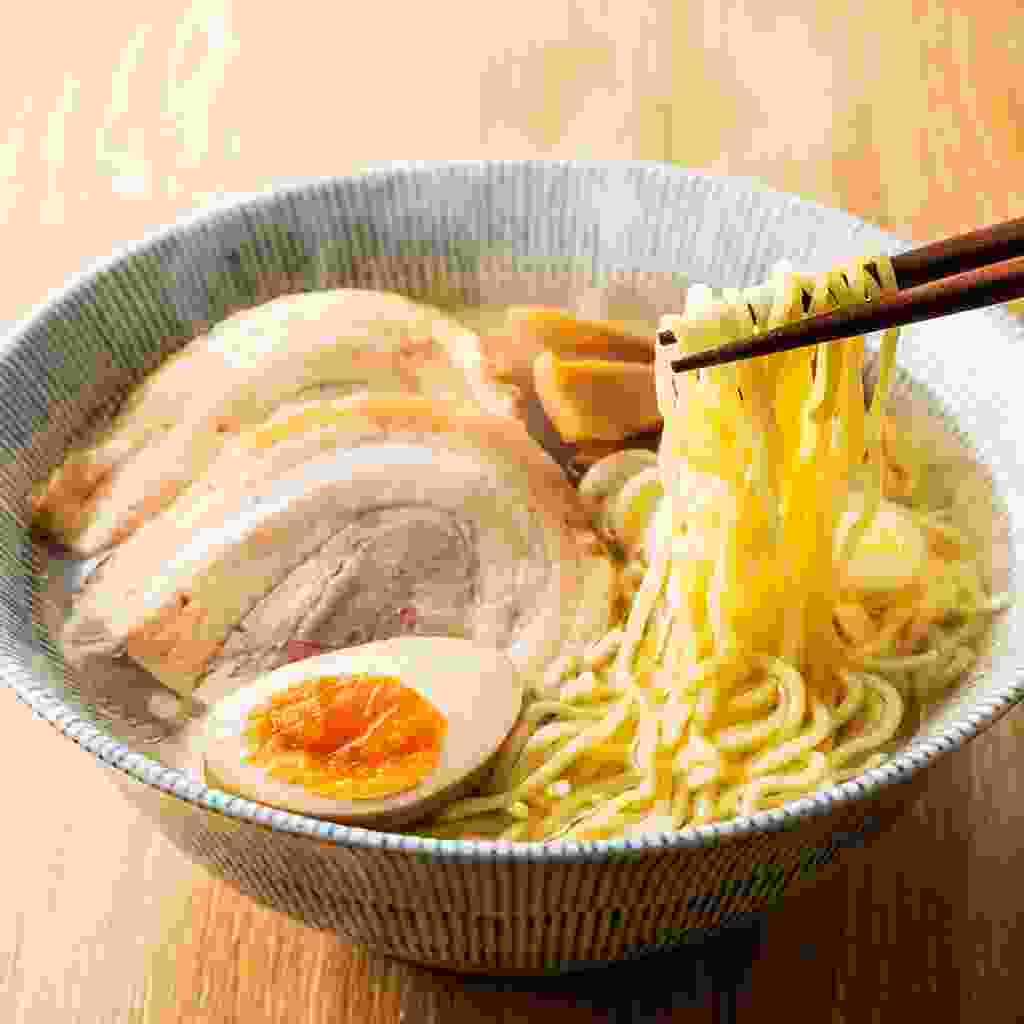 This local favourite by the station specialises in shio ramen, or ‘salt ramen’. The light broth makes the most of the famous local product, and brings out the flavour of toppings such as sliced pork and sides like fried gyōza. 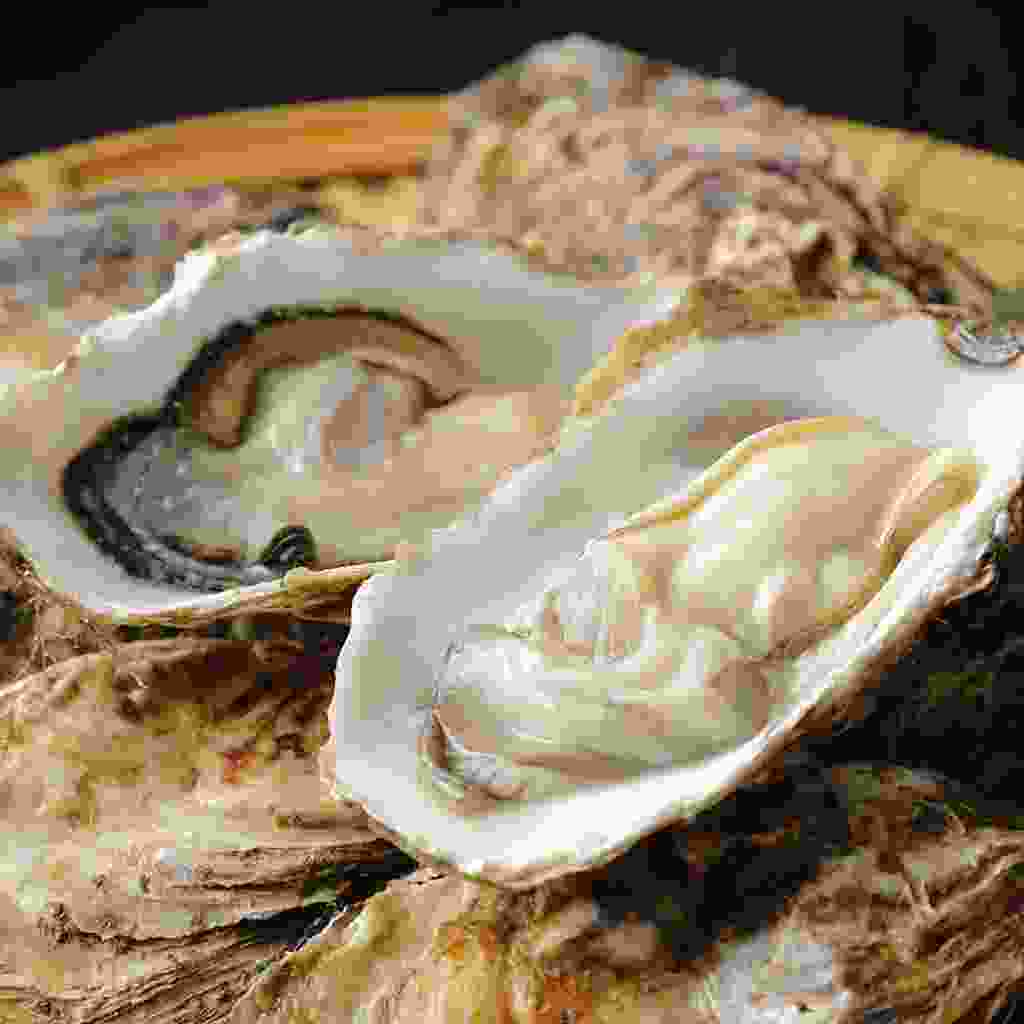 Located by Sakoshi Bay, this casual restaurant serves up delicious local oysters year round. You can enjoy them raw, deep-fried, in a hot pot, and much more, or even grill them yourself at your table. In the summer months, they also sell Akō salt ice cream – the blend of sweet and salty is perfect on a hot day. 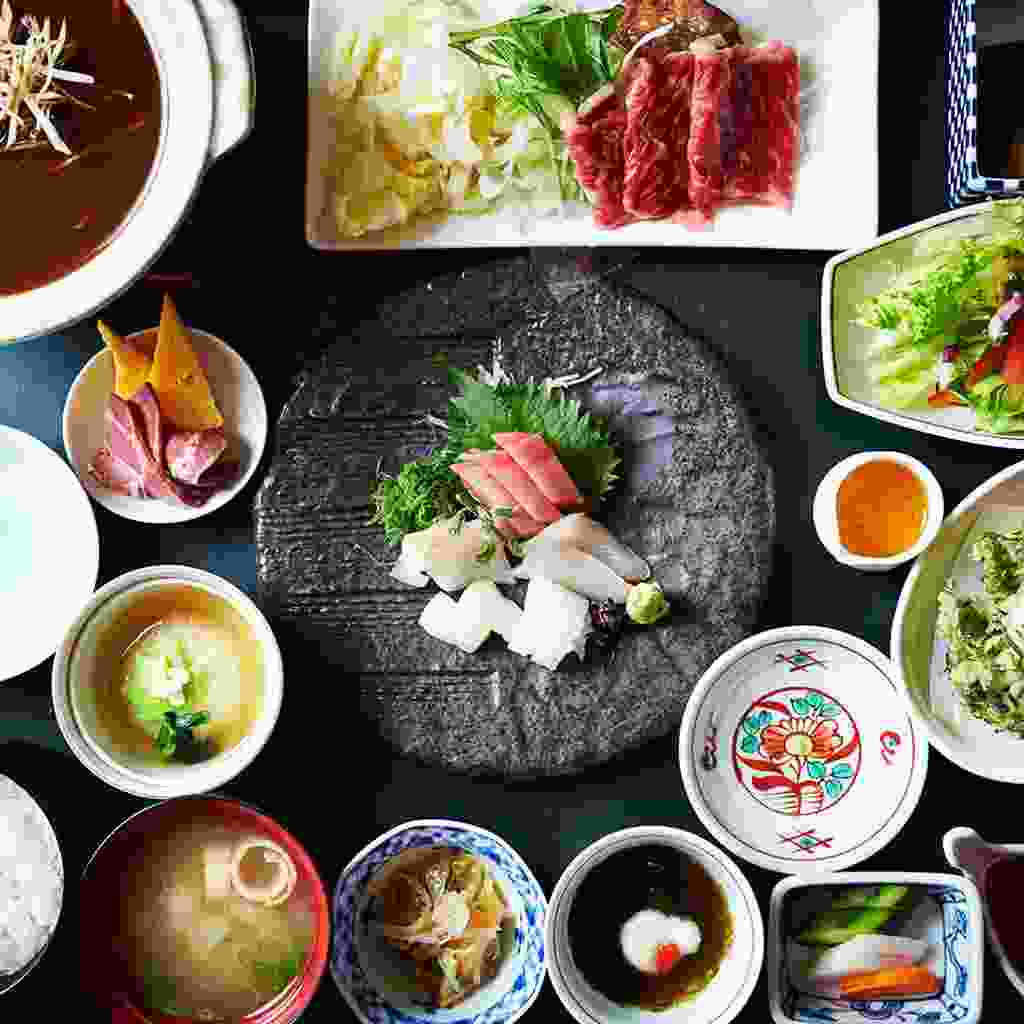 A cosy, family-run restaurant serving multi-course kaiseki meals of Setouchi cuisine. Each locally sourced, seasonal item is prepared and plated with great care to bring out its natural flavours, creating a memorable dining experience. There’s only counter seating, so be sure to book ahead.