Though land-based tours are arguably a cheaper alternative, putting a bit extra aside for an island-hopping cruise around the Galápagos is a worthwhile investment. Here's five reasons why... 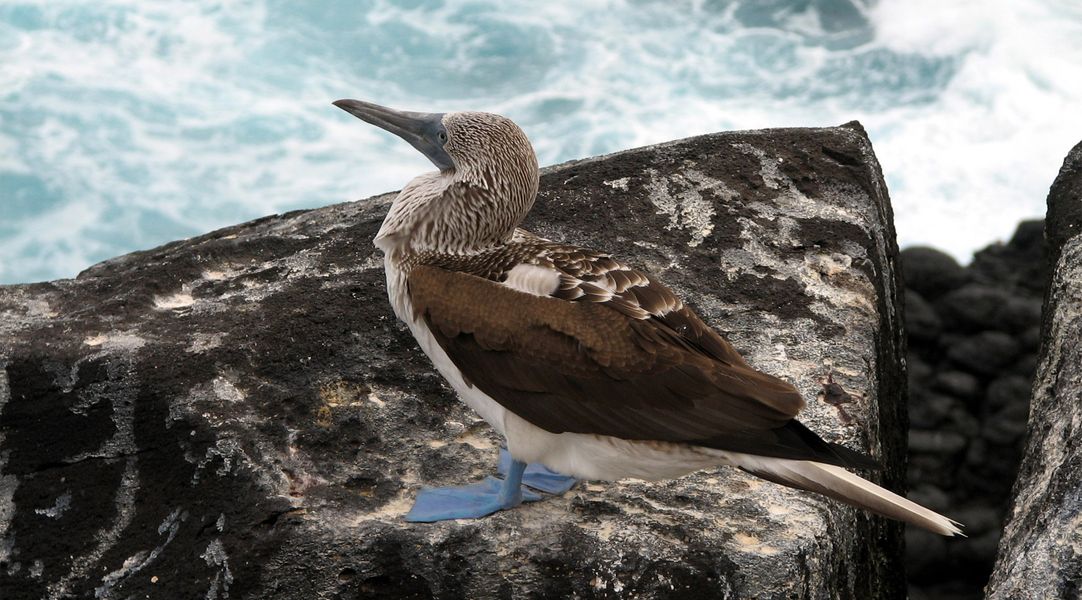 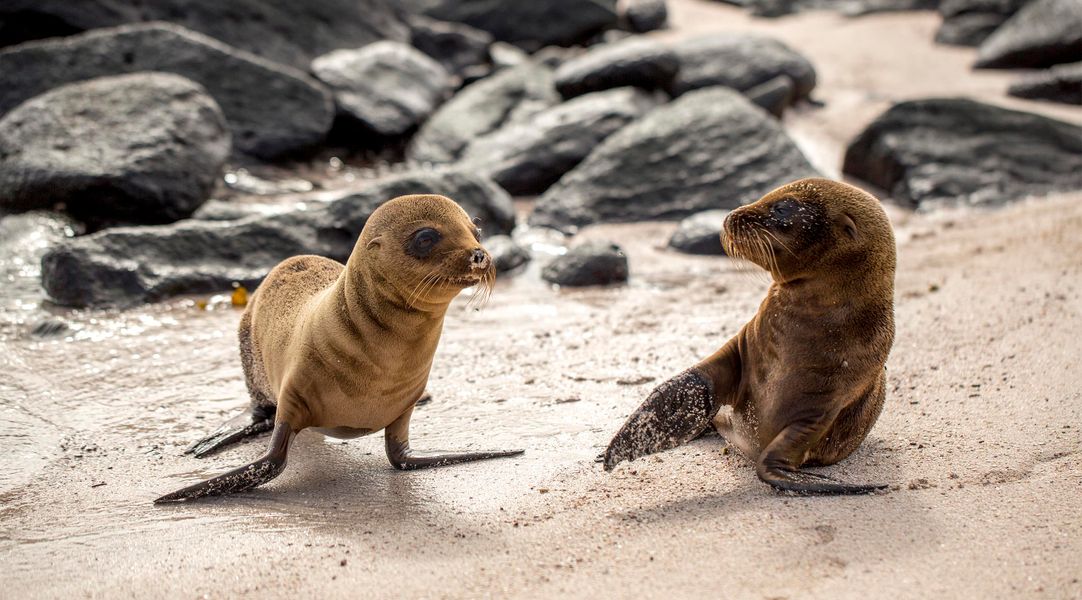 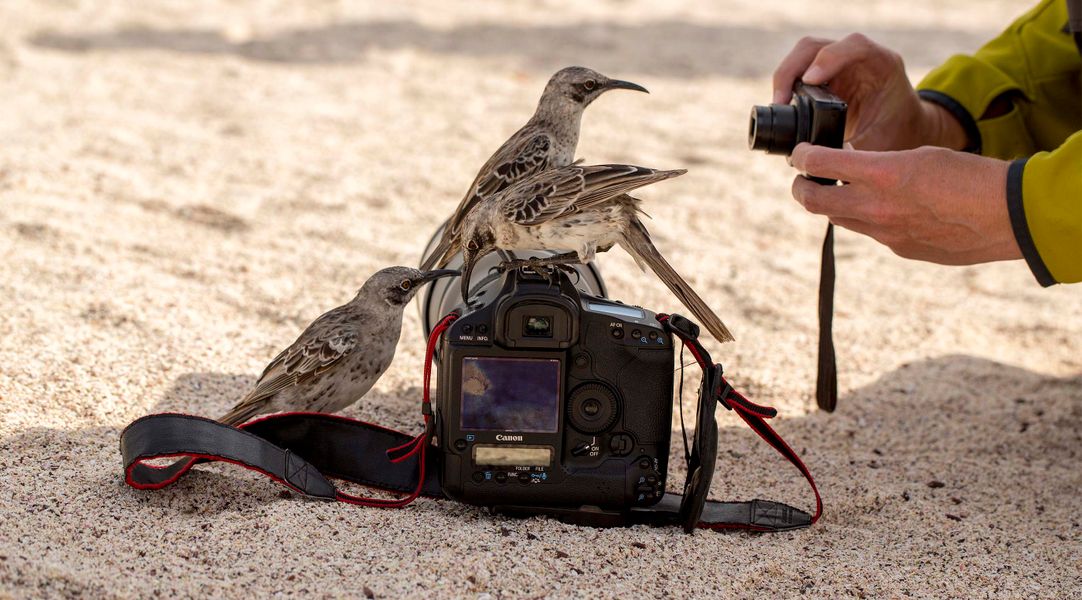 The Galápagos Islands are one of the few places left on Earth whose landscapes and wildlife are so otherworldly they feel almost mythical. But its legendary status means, for many, it’s a once-in-a-lifetime trip and it needs to be done right. The age-old conundrum most people face is whether to visit this fascinating archipelago by land or sea. Though land-based tours are arguably a cheaper alternative, putting a bit extra aside for an island-hopping cruise is a worthwhile investment. Eager to know why? Here’s five reasons why a Galápagos Islands cruise is the best portal into this wildlife wonder… 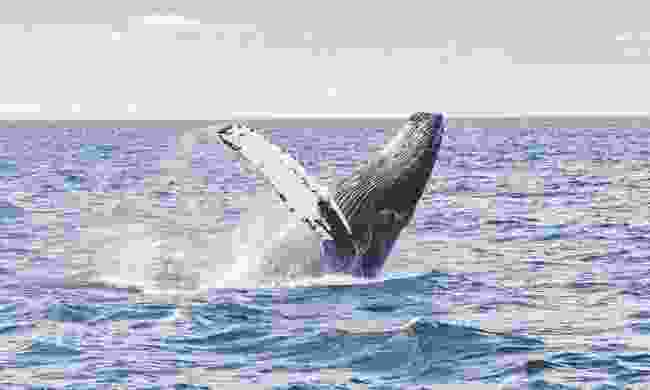 With the focus firmly on the creatures you can see roaming terra firma in the Galápagos, it’s easy to forget the archipelago’s UNESCO-listed protected marine reserve is the second-largest in the world. What lies under the surface arguably matches anything you can see on land, with over 20 species of whales and dolphins recorded in its waters. While dolphins can also be seen on daily island-hopping tours, humpback, sperm and killer whales are almost only ever seen on a cruise. Keep your wits about you when you’re navigating between the islands for any glimpses of breaching whales, especially on the longer journeys. 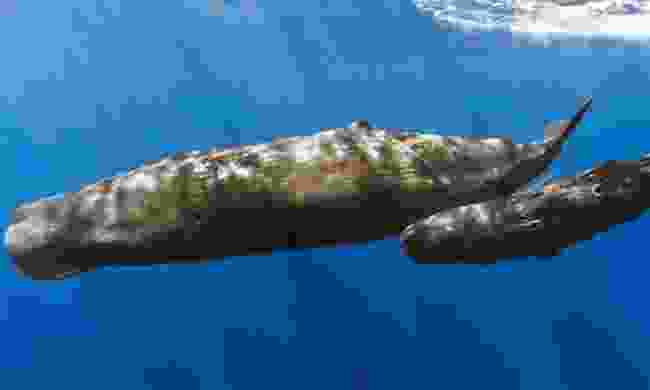 A sperm whale and its baby (Andando Tours)

What’s more, you can spot them throughout the year, with the exceptions being humpback and blue whales – they arrive between June and October, when the waters are cooler and there’s an abundance of plankton. Whales like Bryde’s, minke and sperm whales are most common in the channels between the islands of Floreana, Isabela and Fernandina, as well as lesser-known species like short-finned pilot and sei. The whales are supported by an impressive cast list of dolphins, including common, striped, bottlenose and orca.

2. ...and plenty other amazing wildlife experiences 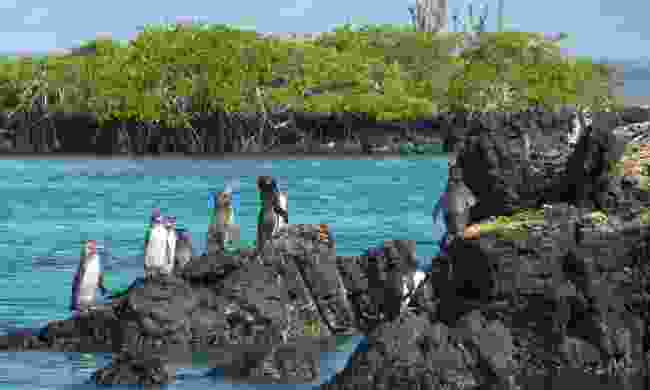 Look out for penguins in the Galapagos Islands (Andando Tours)

Whales and dolphins aren’t the only eye-popping marine creatures you can spot in the Galápagos. A great advantage of cruising is you can hop in the water regularly (snorkelling up to three times each day if you wish) to glide among myriad marine life this archipelago harbours. The Galápagos penguin is one of the islands’ iconic species, tiny in size (50cm tall, on average) but big on cuteness, and a cruise throws up plenty of brilliant opportunities to swim with them. Isabela and Fernandina are two of the best places to spot penguins as they can be seen on these islands year-round. Although sightings are more difficult, the charismatic birds can also be witnessed at Pristine Punta Espinoza and Bartolomé islands, the former also boasting the highest density of marine iguanas in the Galápagos. At Bartolomé, dive off the coast and be joined by white-tipped reef sharks, rays and tropical fish, as well as the penguins. Gardner Bay in Española is a pristine beach smothered in sea lions and a dip with these inquisitive creatures promises nose-to-snout encounters. 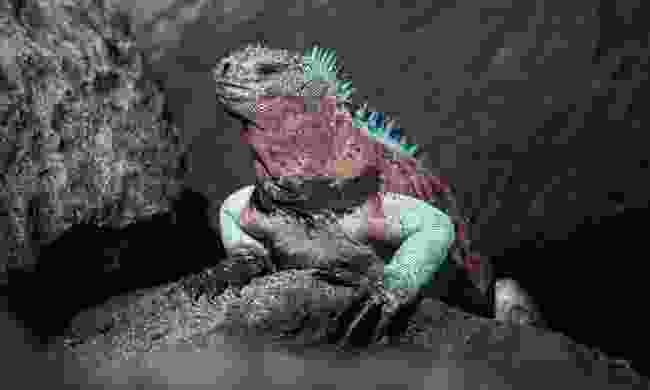 But of course, the more remote you go, the wilder your snorkelling experiences will be. Marchena Island harbours hammerhead sharks, dolphins and rays and is only accessible by cruise. While Islet Champion’s kaleidoscopic coral reef is teeming with tropical fish and Santa Fe’s shallow waters are perfect for snorkelling with stingrays and more sea lions. Head to Genovesa in the Galápagos’ northern reaches and you can glide among manta rays, but make sure you head on land to spot the island’s red-footed boobies. They’re different to anywhere else in the archipelago, their normal brown plumage traded for white feathers.

3. You will see landscapes you can't otherwise reach 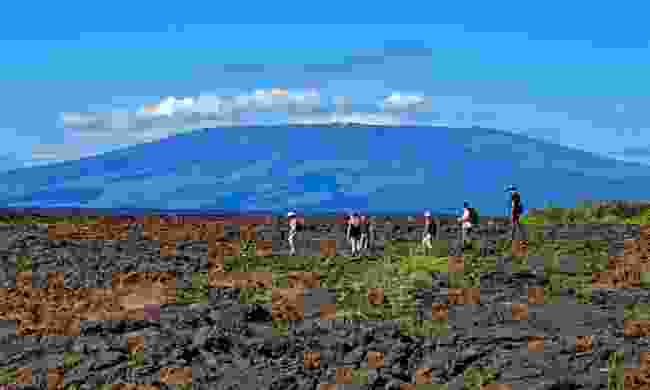 As well as the wildlife, the Galápagos Islands are also known for their lunar-like landscapes. This mesmerising scenery is only amplified by glimpsing it from a boat, where you feel like an intrepid explorer laying your eyes on uncharted territory for the first time. The archipelago isn’t short of ethereal beauty and Punta Moreno on the west coast of Isabela island is one of its most striking scenes, a panga boat (skiff) dropping you on the edge of what looks like the surface of the Moon. A walk through this endless black lava field reveals hidden mangroves and limpid-blue lagoons, each little oases for birds like flamingos, blue-winged teals and great blue herons. 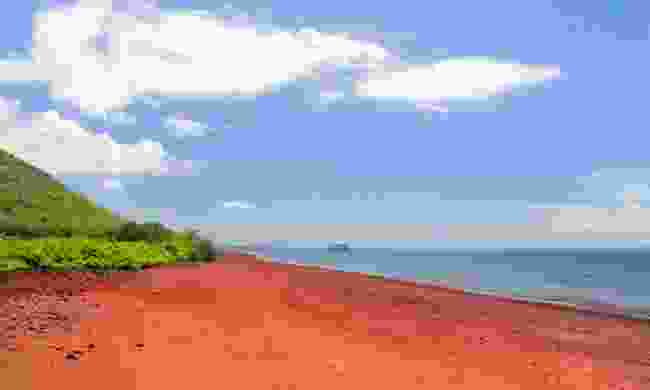 We often say the Galápagos is out of this world but visiting Rábida Island – only accessible on a cruise – turns the cliché on its head. Landing on crimson-red beaches, you’d be forgiven for thinking you’d been dropped on Mars and only the frolicking sea lions and colony of pelicans bring you back to Earth. Inland, a trail weaves past palo santo forests, cacti and a saltwater lagoon frequented by flamingos. 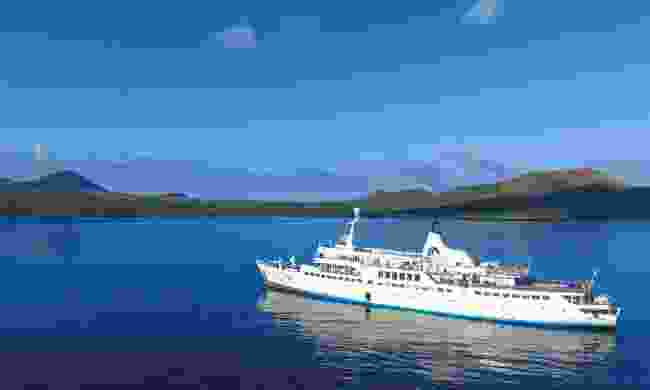 Many don’t realise how big the Galápagos archipelago is. A handful of the main islands like Santa Cruz, San Cristóbal and Isabela are regular spots for land-based exploring but there’s actually 19 islands slung across thousands of kilometres in the Pacific Ocean. Each one contains its own unique patch of biodiversity such is their isolation, even from one another. If you want to see the wildest and remote of the Galápagos Islands, then a cruise is the only way you can get between them for a truly complete experience of the archipelago. Plus, the guides which accompany you will typically have a larger and more impressive breadth of knowledge, to cover this wider net of islands you’ll be visiting. Though it can take up to six hours to reach the farthest-flung islands, comfortable cabins and the excitement of what lies in store will make the journey fly by. 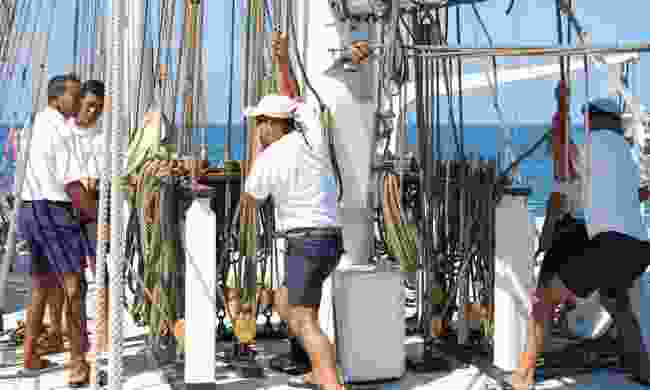 The crew of the Mary Anne, a ship decked out with period furnishings to make you feel like Charles Darwin (Andando Tours)

One man who’s inextricably linked with the Galápagos Islands is Charles Darwin, who arrived in 1835 aboard HMS Beagle. To really experience how Darwin travelled around the islands, a week on a sail-powered schooner with period-furnished cabins will transport you back to the 19th century. No engines mean you’re more likely to attract pods of whales and dolphins for close-up encounters, too. Onboard, learning how to navigate and hoist the sails adds to this authentic seafaring experience. 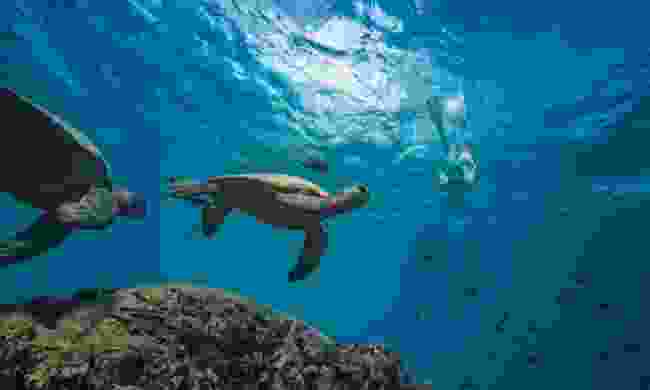 Snorkel among turtles in the Galapagos Islands (Andando Tours)

Cruises offer untamed wilderness land-based tours can’t reach, superb snorkelling, logistical ease and, whether you go for the schooner or not, a method of transport that’s deeply rooted in its history. You’re doing exactly as Darwin did and when it comes to the Galápagos Islands, there’s no better footsteps to follow.

Andando Tours have over 40 years’ experience in cruising the Galápagos Islands, offering their passengers unique and unforgettable travel experiences. With many different ships and itineraries on offer, you can find a cruise to suit your tastes and your budget. Explore Andando Tours’ cruise options now