7 authentic things to do in Chubu, Japan and around

Found between Tokyo and Kyoto, the centre of Japan’s main island offers travellers a lesser-known side of Japan where authentic experiences await discovery...

Filling the area between Tokyo and the former capital Kyoto, the centre of Japan’s main island is offers travellers a lesser-known side of Japan where authentic experiences await discovery.Take the time to explore it and you'll soon see that central Honshu delivers everything from ancient pilgrimage trails and natural hot-spring bathing to historic sake breweries and immersive farm stays... 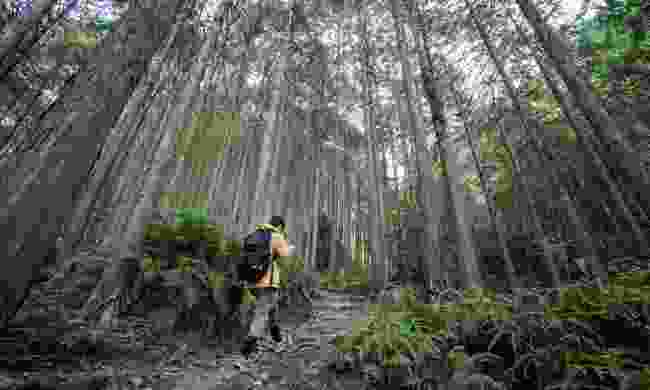 In the mountainous Kii Peninsula, which juts southward into the Pacific and Seto Inland Sea, the trails of the UNESCO-designated Kumano Kodo have been attracting pilgrims for more than 1,000 years.

Passing through towering cedar forests that occasionally give way to sweeping mountain and coastal views, the network of trails connects the three Grand Shrines of Kumano Hongu Taisha, Kumano Nachi Taisha, and Kumano Hayatama Taisha – known collectively as the Kumano Sanzan – as well as the temples of Mount Koya, where the monk Kukai founded Shingon Buddhism in the 800s.

With more than 600km of trails to explore, the Kumano Kodo has options for gentle half-day walks or challenging multi-day treks. For an off-the-beaten-track experience, try the lesser-known Iseji. This 170km trail on the east coast of the Kii peninsula winds you past tea fields, through forests and past incredible rice paddies before leaving you at the Kumano Sanzan. The full hike takes around two weeks, but make use of the efficient rail network and you can try the shorter day trails, hopping on and off trains at the stations near the trail.

Off the Kumano Kodo, cycling routes also cut through much of the wonderfully under-visited Kii Peninsula’s interior and track its rugged coastline.

2. Stay at a traditional farm 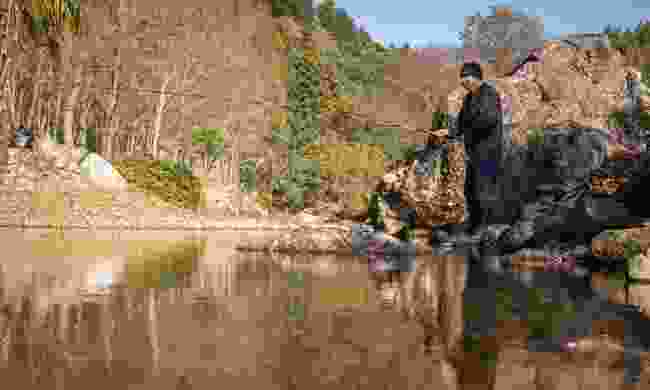 Stay at a traditional farm (instagram.com/benjaminbeech)

The countryside of central Honshu offers up plenty of great experiences, from bathing in natural hot-spring water to hiking and cycling. But to really get a sense of life in rural Japan, there’s nothing better than a farmstay.

In the mountain town of Taiki, in Mie Prefecture, the Oguras are one family that welcome travellers into their traditional farmhouse. As well as being a base for countryside walks, a stay there means the chance to gets hands-on with farm life—fishing for ayu sweetfish in the river that flows by the Oguras’ garden, picking and helping to prepare fresh vegetables for dinner, and chopping the wood that fires the family stove. It also means getting to try the highly-rated Matsusaka beef which is just as delicious as the famous Kobe beef.

3. Get up in the mountains 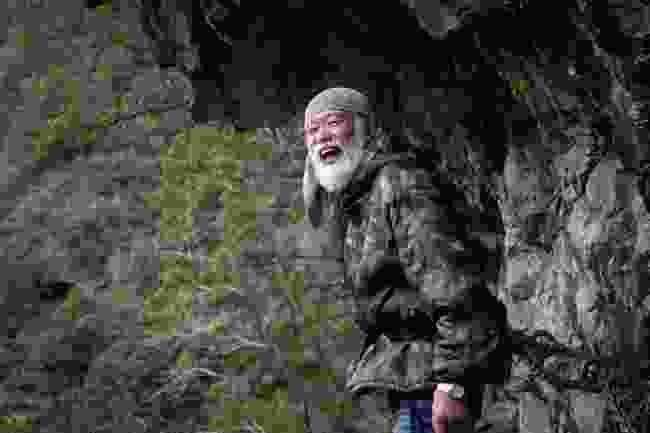 Get up in the mountains (instagram.com/benjaminbeech)

With the ranges of the Northern, Central and Southern Alps in the Chubu region, not to mention the pilgrimage trails on the Kii Peninsula in the Kansai region, central Honshu is home to many of Japan’s best hiking grounds and mountain views.

For somewhere well off the beaten path, try a hike in Odai in Mie Prefecture, home to several peaks, barely visited waterfalls, and a collection of understated temples and shrines. For serious outdoor types, a unique experience here is a guided hike with a sennin, or mountain hermit, like Mr. Tatsumi. Well into his 70s, Mr. Tatsumi been living in the mountains of Odai for close to 30 years, initially running a guesthouse for hikers but now living self-sufficiently in a handmade hut and taking hikers on multi-day tours deep into nature.

4. Join in with the seasonal festivities at Nabana no Sato 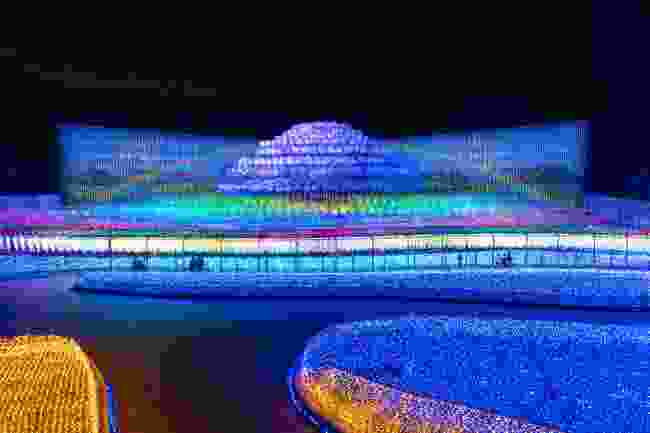 Nabana no Sato is at peak Instagramability during the autumn and winter (instagram.com/benjaminbeech)

Spread over 210,000 square metres, the sprawling flower fields of Nabana no Sato in Mie Prefecture are one of central Honshu’s most spectacular sights at any time of year.

In February, as winter hints at giving way to spring, plum blossoms begin to bloom, before a sudden burst of pink cherry blossoms signal spring’s official arrival in late March and then tulips bloom like a multi-coloured carpet in April. Summer sees its own colours, too, as well as the opportunity to spot fireflies performing their glowing dances at night. Then in autumn, the Nabana’s momiji (maples) take on fiery tones and the annual nighttime illuminations begin. Lasting through autumn and winter, this is when Nabana no Sato hits peak Instagramability, with 8 million lights decorating vast swathes of land. 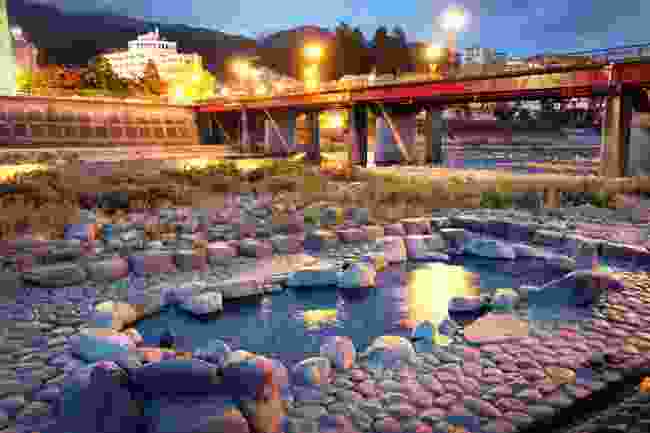 Soak in an onsen in Gero (Shutterstock)

Of all Japan’s traditions, nothing is as soothing as getting naked for a natural hot-spring bath, or onsen. Few places could claim to be better for that than the Gero City's onsen town in Gifu Prefecture, where onsen bathing was first documented more than 1,000 years ago.

Set on the Hida River and with wooded mountains all around, the town is a picturesque home to dozens of ryokan inns where guests stay in traditional tatami-mat rooms and have access to guest-only onsen. For day trippers, there are also public onsen scattered around town, including free open-air baths on the river. Whatever the bath, soaking in Gero’s mineral-rich waters is said to have a beautifying effect.

For a break between baths, stop by Gero Onsen Gassho Village, a small park on the outskirts of town that maintains a collection of thatched gassho-zukuri farmhouses relocated here to function as an outdoor museum. Some are also used for workshops, where visitors can try making ceramics, washi paper and other crafts. 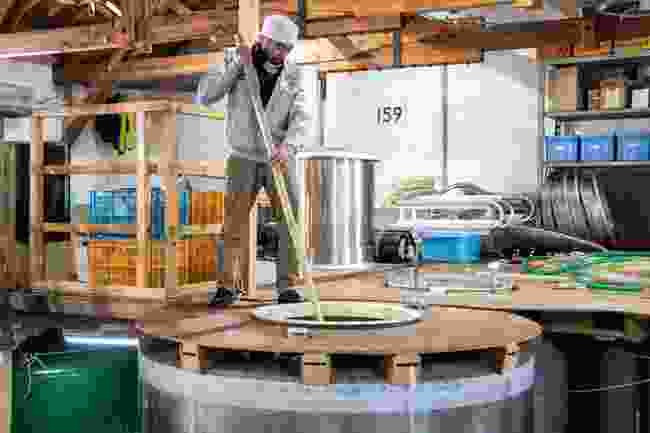 Go on a tour of a sake brewery (instagram.com/benjaminbeech)

Sake, or nihonshu as it’s commonly known in Japan, is soaked deeply into the fabric of Japanese culture. The rice-made tipple isn’t just a common accompaniment to Japanese cuisine, it plays a role in Shinto rituals and almost always makes an appearance at special occasions.

Sake is made at breweries large and small across Japan, and central Honshu is no exception. One of many open to the public is the 17th-century Tenryu sake brewery in the countryside town of Hagiwara, near Gero Onsen. Tenryu’s English-language guided tours take visitors through the process of turning just rice, water, yeast and koji mold into brews that can be both complex and sublime. Better still, the tours finish with a tasting session. 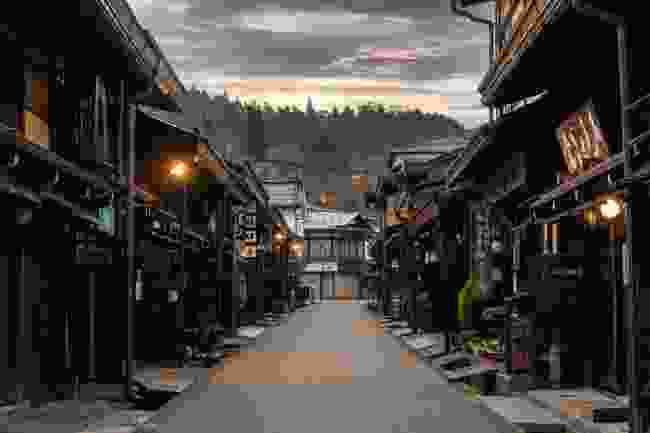 With its position between Edo (Tokyo) and Kyoto, many towns and cities in central Honshu flourished on the back of trade and travel in the Edo era (1603-1868). Some have managed to remain remarkably well preserved. For example, the neighbouring villages of Tsumago in Nagano Prefecture and Magome in Gifu Prefecture are a preserved pair of staging posts on the old Nakasendo highway that once connected Kyoto and Edo.

Elsewhere in Gifu, the old quarters of Takayama city also feature rows of wooden buildings that hark back to the Edo era, the same period that saw the foundation of Takayama’s spring and autumn festivals, when ornately decorated floats are paraded through the streets. And while Takayama can get busy with tourists, the town of Hida Furukawa just a 15-minute train ride away rarely does. Like Takayama, Hida Furukawa prospered because of its lumber trade and the skill of its artisans, and strolling the quiet streets you’ll still find candle makers, sake breweries, kimono shops, and other handmade crafts.