With delicious wine, fine cheese and world class seafood, Catalonia’s restaurants, cafes and markets are a treat for food and drink lovers. All you need to do is bring your appetite…

Catalonia is an embarrassment of riches for gourmands. As of August 2016, the region was home to 54 restaurants with one or more Michelin stars. Fertile soil and long sunny days mean Catalonia’s markets groan with local produce, from colourful fruit and veg to cava, wine, oil and cheese.

These days, Barcelona gives culinary capitals the world over a run for its money, with some of the finest seafood in the country is brought ashore here. If you’re coming to Catalonia, bring an appetite

In Barcelona, many of the city’s seafood restaurants can be found by the beach in Barceloneta. In this increasingly popular seafront neighbourhood, Can Solé is one of the best for rice dishes, while La Cova Fumada is a rough and ready joint high on atmosphere that serves fresh-off-the-boat octopus.

However, while everyone flocks to Barceloneta, some of the best seafood in the city can be found in a deceptively simple-looking restaurant on a backstreet in Poble Sec. A well-kept secret among Catalan foodies, Montalbán Casa José serve succulent fiery red prawns from Palamós cooked delicately on a bed of salt, as well as ugly, but exquisite, Galician goose barnacles, plus many other delights. Book weeks ahead to secure one of their few tables.

Seafood on the coast 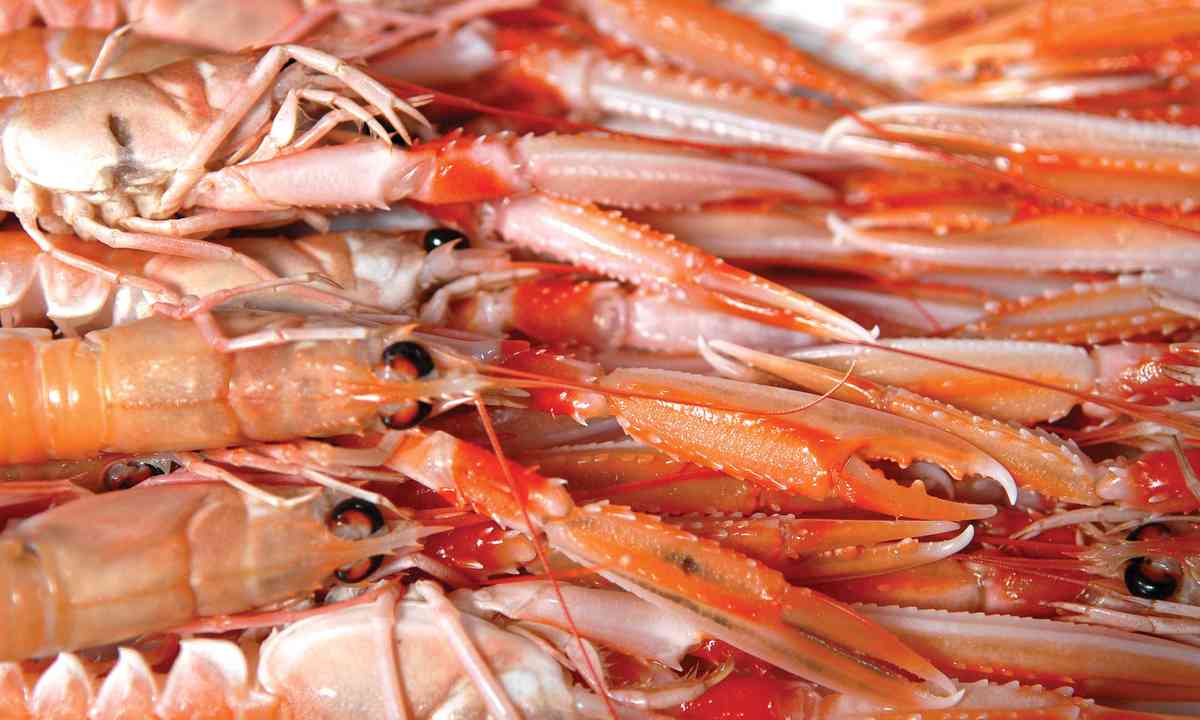 On the Costa Brava, Sa Marinada in Sant Feliu de Guíxols offers fine dining and seafood galore in an enviable spot overlooking the bay. Their seven course tasting menu gives you plenty of time to admire the view.

Meanwhile, in the resort town of Roses, Ferran Adría’s El Bulli may no longer be around but you can still eat super fresh seafood at Rafa’s. It was apparently the superstar chef’s favourite lunch spot when he tired of his own food.

Further up the coast, L’Escala is rightly renowned for its anchovies. Visit in October for their anchovy festival where you can trawl the local bars on the anchovy tapas route, washing down each of the signature tapas with a beer or two.

If you really want to push the boat out, chef Paco Pérez’s Miramar restaurant in the under-rated coastal town of Llança boasts two Michelin stars and a beach view. 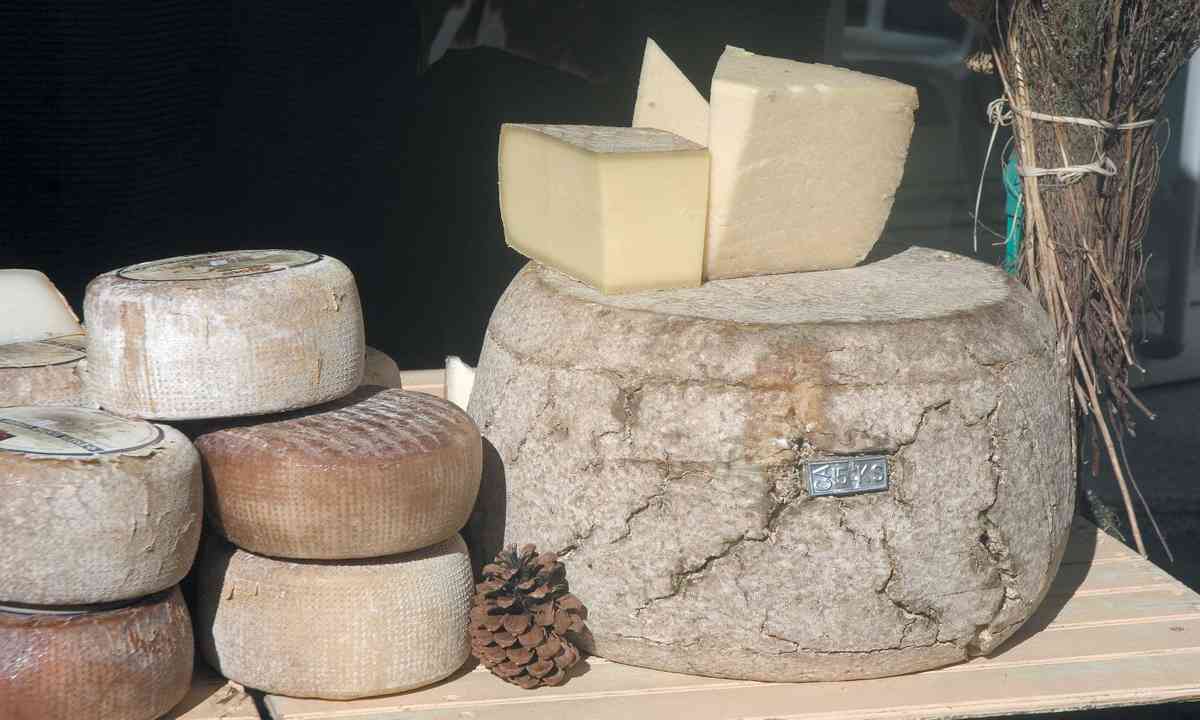 While not as famous for cheese as its Gallic neighbour to the north, Catalonia has plenty to offer cheese fiends. The main centres of cheese production in Catalonia are in La Seu d’Urgell, the Cerdanya district and the Pallars area in the northwest but you’ll find good cheese everywhere. Look out for Formatge Garrotxa Bauma, an award-winning semi-soft goat’s cheese from the village of Borredà.

In Barcelona, the friendly, English-speaking owners of Formatgeria La Seu in the Gothic Quarter showcase a selection of cheeses from across Spain and offer a stand-up tasting of three cheeses and a glass of wine in their front shop. Across town in the fashionable district of Gracia, Viblioteca specialises in local wines, cured meats and cheese, but you need to go early to get a seat.

Barcelona’s never been big on eating between meals but things are changing. For a quick bite, check out the pintxo bars that are popping up around Carrer Blai in Poble Sec or the burgeoning brunch scene on the lower end of Passeig de Sant Joan. For imaginative and tasty homemade burgers, head to Bacoa, or pick up some ham on the hop at Jamón Experience.

For hip street food, check out the Eat Street website. They run street food events with a different theme each month. Brunch In The City also run regular shindigs that combine DJs with street food in outdoor locations around the city.

Once only the preferred tipple of older folk, vermouth has become all the rage in Barcelona. Traditionally drunk with friends on a Sunday morning before everyone goes home for long family lunches, vermouth joints have been popping up all over town in recent years.

Ferran Adría’s brother Albert opened Bodega 1900 across the road from his much celebrated Tickets bar in 2013 and, as you might expect, the food is every bit as good as the vermouth.

If you want to stock up on this fortified wine before you go home, go to Casa Mariol in the centre or Bodega Mestrazgo. They also do wine and vermouth tastings in their back room.

Reus (Costa Daurada) is the Vermouth Capital, though, and many people like to soak up the atmosphere in the drink's spiritual home, visitings the museums and Vermouth shops. See www.reuspromocio.cat for more info.

Olive oil is taken seriously in Catalonia and locals swill everything in liberal quantities of the stuff. There are five protected designations of origin oils throughout Catalonia and you can try them all if you head to the Oil Fair of Las Terres de l’Ebre at the end of February, held near Tortosa on the Southern Catalan coast. Or hire a car for a Do-It-Yourself olive oil tour.

Your guidebook might direct you to Barcelona’s most famous market, La Boquería on Las Ramblas, but you may have to share the experience with quite a few other tourists to get to the good stuff. Instead, head to any of the cities’ other markets on a Saturday morning for a more authentic experience. The Mercat de la Concepció is a good bet, as you need to walk through the riot of colour that is the flower market to get to it.

If you’re visiting Barcelona in October, look out for the Mercat de Mercats, a food fair that features stallholders from across the city and showcases the best in regional produce. Combination tickets let you try out a selection of tapas and local wines from top chefs.

October is also the time to find the markets filled with toppling piles of wild mushrooms. Look out for rovellons (saffron milk caps) and try them out in local restaurants, where they’re served with nothing more than liberal splashings of olive oil, garlic and parsley. Old-fashioned Ponsa on Enric Granados Street is always a good bet, too

Food is celebrated in Catalonia, never more so than at harvest time. Torrelles de Llobregat, 25km from Barcelona, is famous for its cherries; if you’re lucky enough to be visiting the region in early June, their cherry festival makes for a fun, family day out.  Stall after stall hawk boxes of vibrant, fragrant cherries and compete for the prize of Best In Show.

Over in nearby Ordal, it’s peaches that take pride of place. Catalans from miles around head to the small town of Subirats to buy them by the box at the morning market in the summer months.

Meanwhile, El Prat de Llobregat holds a secret of its own. Known for little more than being home to Barcelona airport by outsiders, it’s famous locally for the quality of its artichokes. These gloriously tender vegetables dominant menus in April and are best eaten in market bars, roasted in olive oil with a slug of lemon juice and plenty of salt and pepper.