With soaring mountains, lush countryside, and miles of rugged coastline, Catalonia’s diverse landscapes make it the prime destination for a cycling adventure. These five routes take in the best the region has to offer for travellers on two wheels Cyclists on the Vies Verdes (Catalan tourist board)

Locally known as Vies Verdes, the Greenways in and around Girona in northern Catalonia are a network of disused railway lines that have been converted into walking and cycling trails. There are over 100 of these all over Spain, around 7,600km’s worth, and Catalonia’s lot stretch for 125km over four routes from the foothills of the Pyrenees around Ripoll to the ocean at Sant Feliu de Guíxols. These trails are considered among the region’s most accessible for riders of all abilities and ages as the gradient doesn’t exceed much more than 3 per cent.

For mountains, follow the 15km Iron and Coal Route, named after the industry traditions around Baix Ripollès county and Ogassa, the highest point of these Greenways at 975m. Cruise from Olot to Girona over 57km, through twelve towns and the scenic La Garrotxa Volcanic Area, and from Girona to Sant Feliu de Guíxols over just under 40km of smoothly sloping track through quaint medieval towns and towards the coast.

There are Greenways trails in Terres de l'Ebre, as well as Costa Brava. 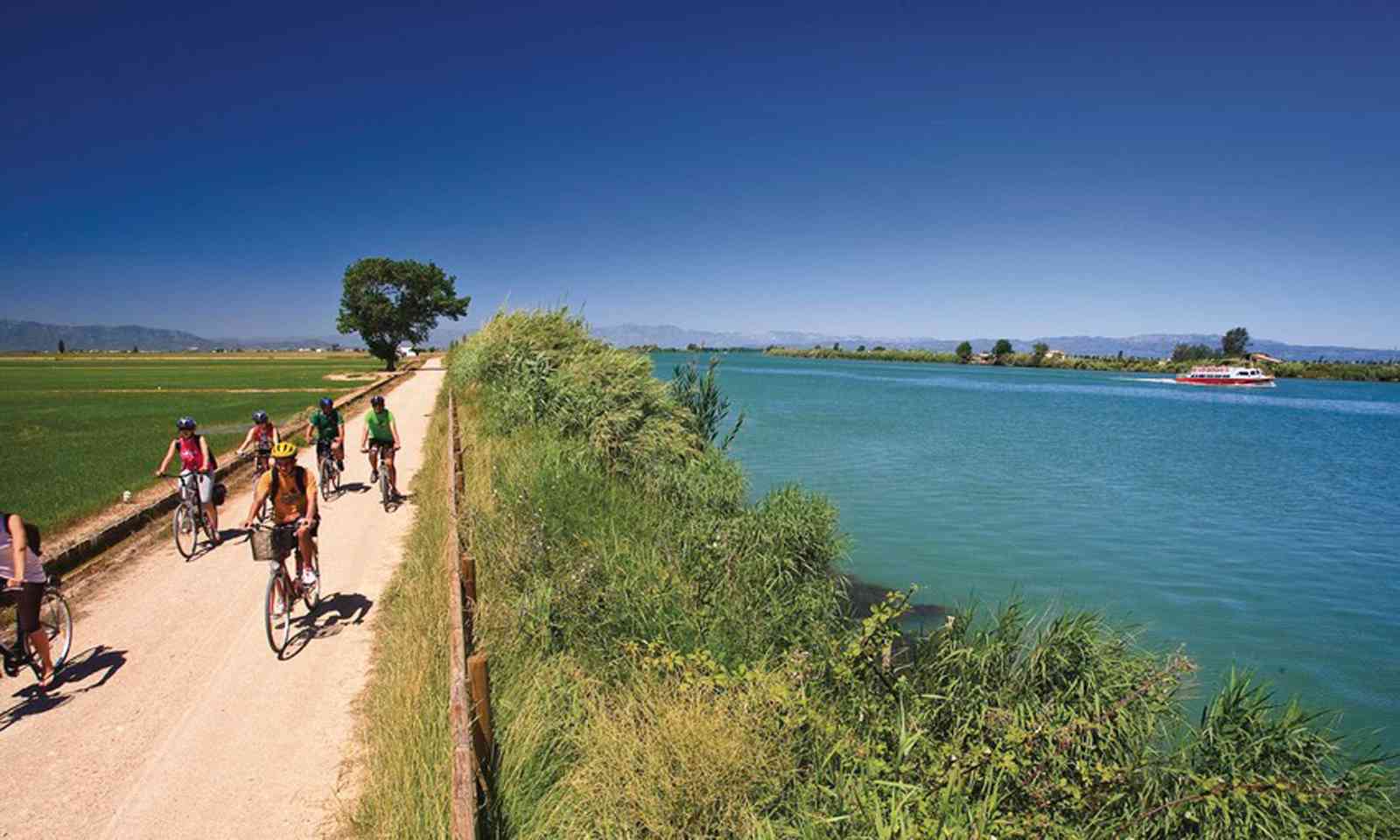 Cycling in the Terres de l'Ebre (Catalan Tourist Board)

The Terres de l’Ebre is a Biosphere Reserve located in far southern Catalonia made up of six different kinds of landscapes, including marshes, mountains, and deltas. The region includes the Ebre Delta, which is formed from the estuary of the River Ebro and is considered one of the most important wetland areas in this part of Europe.

The 26km trail around the delta’s La Tancada and L’Encassinyada lagoons is completely flat, making it ideal for a cycling trip for travellers no matter what fitness level. Birdwatchers will be particularly happy here, as they might be able to spot the Andouin gull, the Squacco heron and other species as they glide through the landscape.

Further north in the Terres de l’Ebre, you can also cycle around the Bassa de les Olles, the smallest lagoon in the region. This cycle route takes you along the beaches, so you can enjoy the coastal scenery, as well as stop-offs at the three viewpoints that have been built along the way. From these, you can observe cormorants and flamingos in winter, nesting colonies of herons and terns in spring and summer, and black-winged stilts picking their way across the shallows. 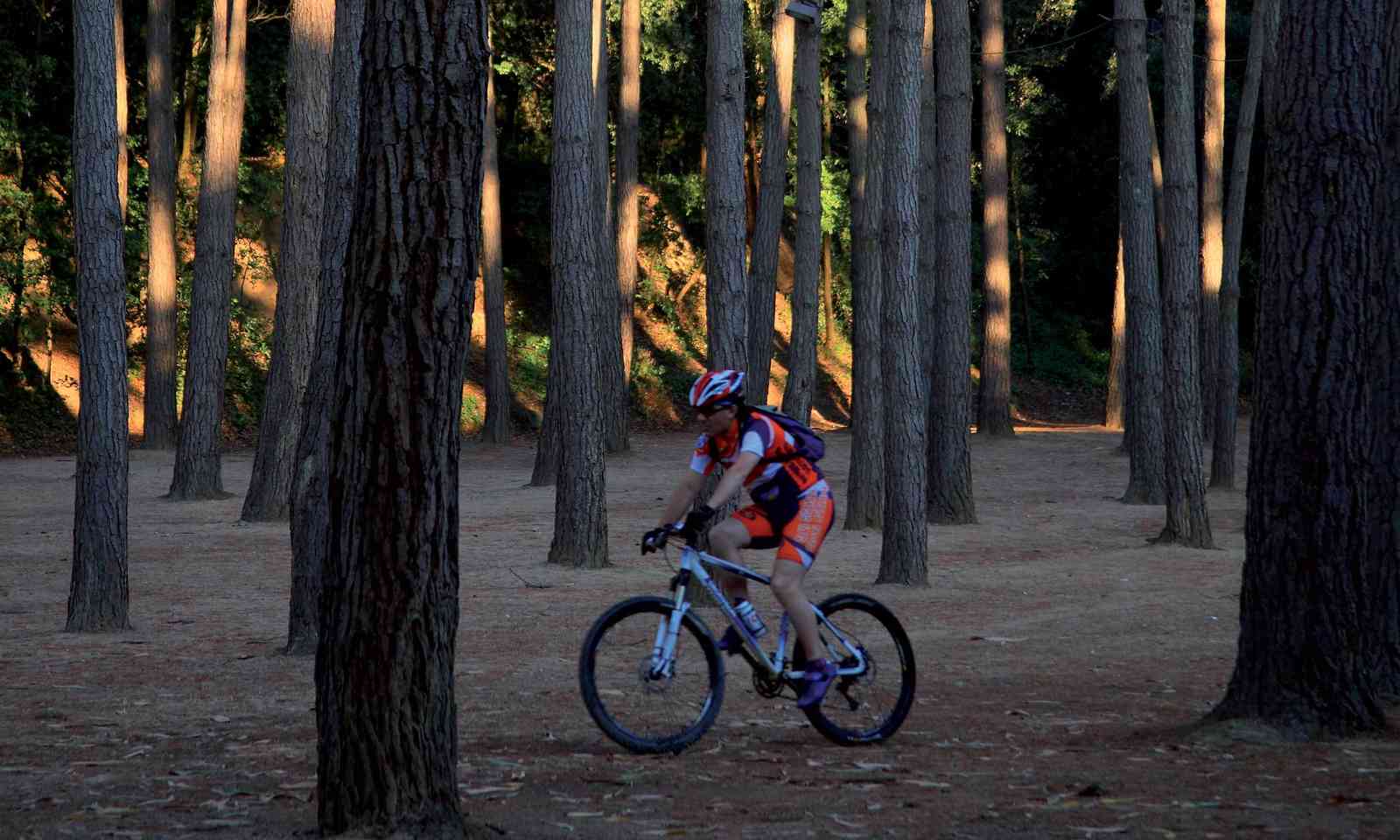 Montnegre Corredor Natural Park is situated between Barcelona and Girona, making it an accessible place to go cycling if you’re flying to either of these cities on a short break.

Most of the routes around here, of which there are many, are suitable for mountain bikers, starting or finishing in the costal town of Santa Susanna. From here, you can climb up to the mountains through Mediterranean woodland, or go for a ride along the promenades that line the shore for miles.

Ride from Santa Susanna along the seafront to the beaches at Calella to enjoy a completely flat journey just under 14km there and back.

For a more challenging, longer ride, cross the natural park from Sant Celoni to Santa Susanna, a distance of 35km along track and tarmac through forests and over viewpoints looking down to the sea. This route takes around three and a half hours, and gently climbs around 900km at first, but the descent down to the coast makes an easy final section. 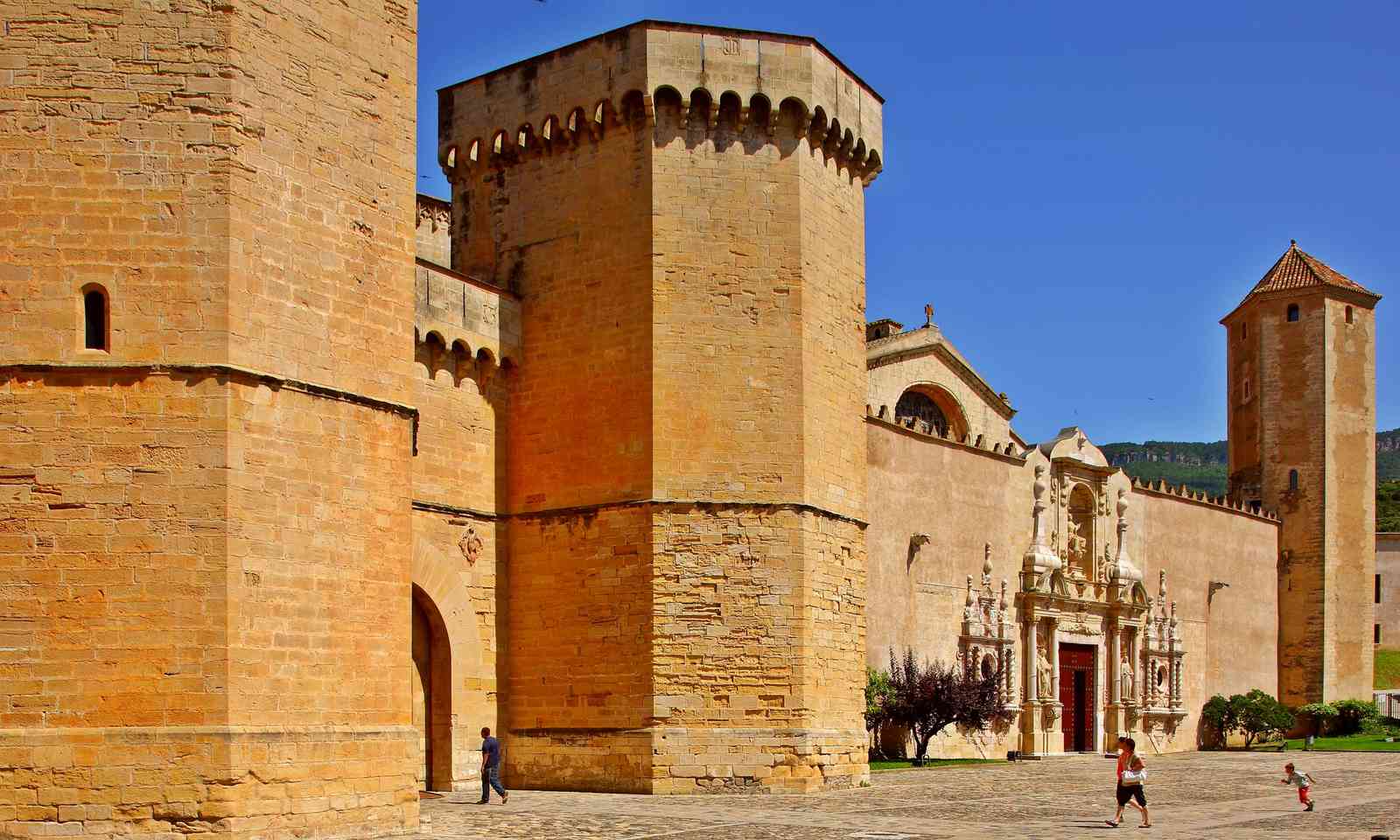 In the Prades Mountains, around 50km north of Tarragona, the Ruta del Cister connects three Cistercian monasteries: Santes Creus, Santa María de Poblet, and Vallbona de les Monges. Built across the 12th, 13th and 14th centuries, these monasteries show a fascinating part of Catalonia’s history, and cycling the 108km that links the three is a unique way to explore them.

The trail starts at Santa Creus and continues on towards Santa María de Poblet, finishing at Vallbona de les Monges. You pass through little towns along the way, so you can split the journey up over a few days and take it at your own pace. There are some slopes and ascents involved, but aside from the distance, this is a relatively easy ride. Some parts go off-road, so it’s advised that you bring or hire a mountain bike.

If you don’t fancy doing the lot, many people choose just to ride the 15km section from Poblet to Montblanc. The Santa María de Poblet monastery was named a UNESCO World Heritage site in 1991, making it an unmissable part of this cycle journey, and the promise of a glass of wine and tapas in the beautiful medieval walled town of Montblanc at the end is incentive enough to pedal on. 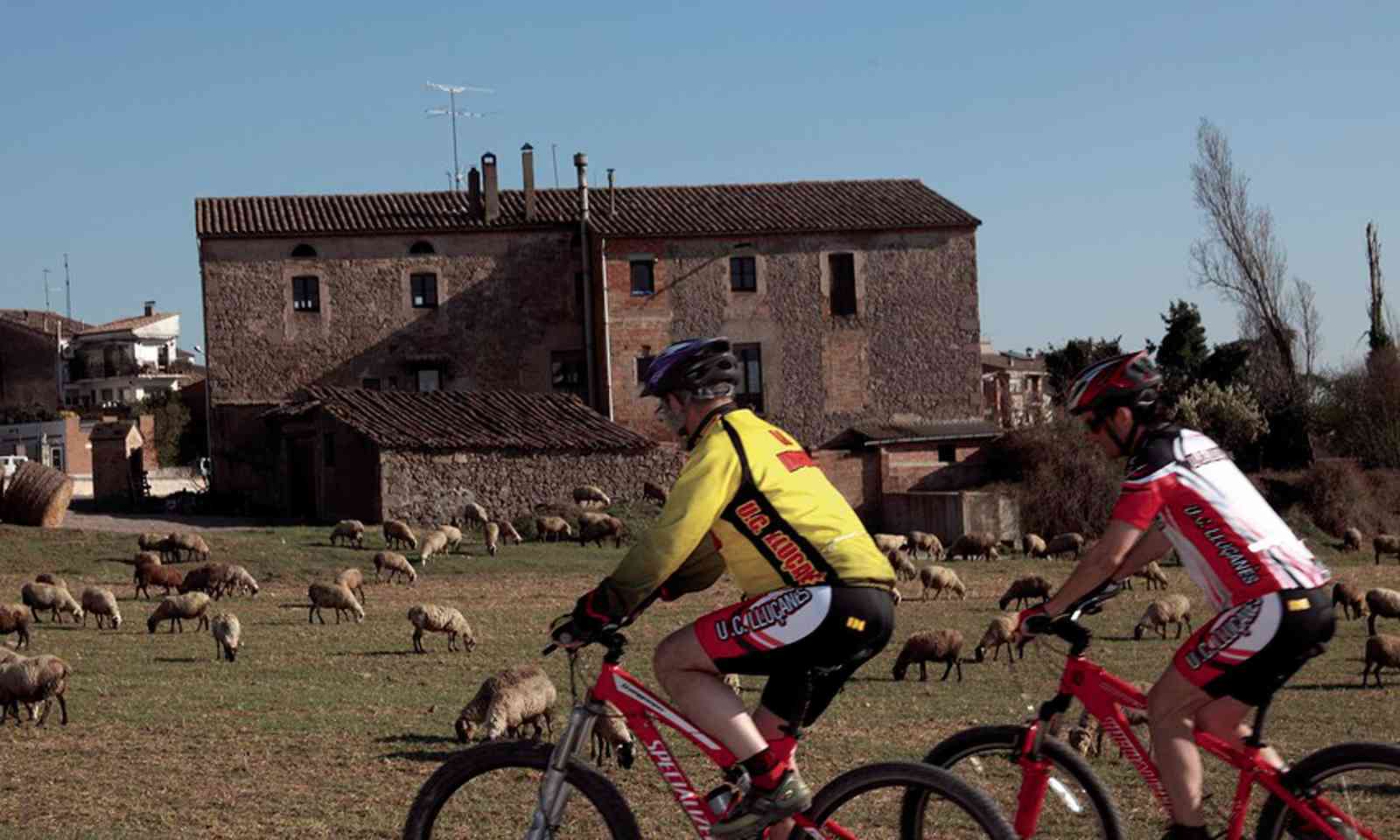 If you want a long-distance cycle trip in Catalonia, there are few better routes than the Transcatalunya. Taking in 1,220km in a loop across the region, this isn’t suitable for a quick jaunt to the Med. It’s either a fun, but demanding, mountain biking break, or you could break it down into sections and spread it out over a few shorter trips. However you tackle it, the Transcatalunya will take you through the best of the region that you can see from the saddle.

The trail is currently broken up in to three sections: the Catalunya Central-Pyrenees (450km), Mediterranean (420km), and Western (350km). As the names suggest, these take in the mountainous, coastal, and little-visited western parts of Catalunya, giving riders a spectrum of different scenery to enjoy.

These sections are further broken down seven or eight stages that experienced riders will be able to attempt in about eight days. Beware: some of the days can be as little as two hours but others reach up to seven and a half calf-burning hours of riding, so this isn’t a suitable for novices. However, if you’re only in Catalunya for a short time, you could always pick and choose a small one-day section of the Transcatalunya to experience part of the route.

With two more sections of the Transcatalunya currently being laid out, these trails are set to be the go-to routes for mountain bike enthusiasts in Catalonia. The initiative is put together by the BTT Catalunya Mountain Bike Centres, an organisation that has all the information you need to complete this epic journey.