5 ways to experience Catalonia in the winter time

Think Catalonia is all about the sunshine? Think again. From Christmas markets and colourful carnivals to fun on the snow-covered slopes, there's plenty in this colourful region to make a winter jaunt worthwhile

The winter months are a great time to visit Catalonia. Tourist sites are less crowded, the temperatures often hover above 15 degrees and, even when it’s quite cool, the skies are often blessedly blue. Beaches are largely empty, except for a few brave swimmers and happy dogs with their humans. Excellent skiing is to be had in the Pyrenees, in the north of the region, and you can pick up some seriously original gifts at Christmas time in the cities’ festive markets…

1: Take to the pistes 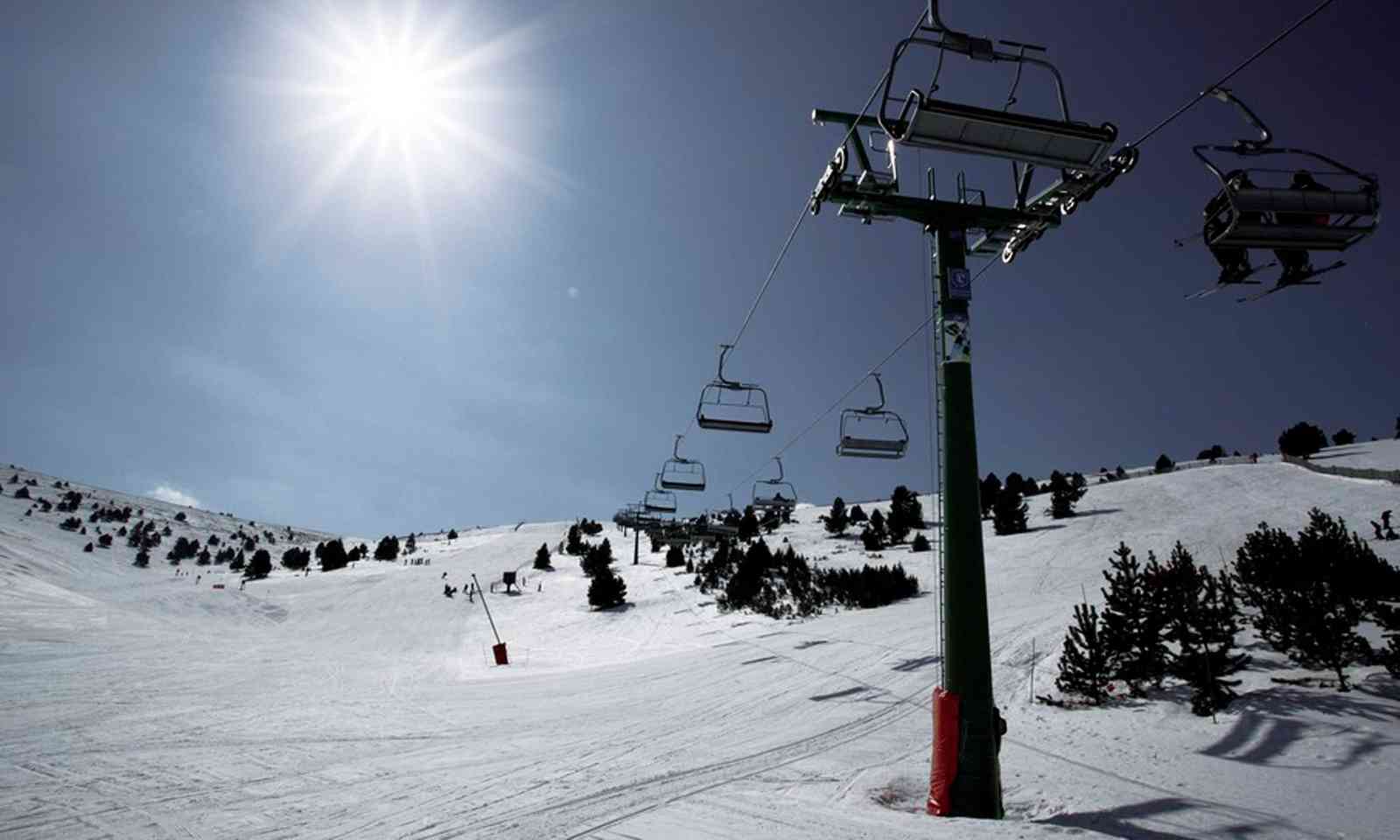 Catalonia was rather blessed when it came to handing out geographical features. As if a rugged coastline and fertile plains weren’t enough, the roof of the region is the Pyrenees, so as Catalan city-dwellers mourn the end of summer and head back to work, they begin to dust of their skies in preparation for winter.

La Molina is just two hours by car from Barcelona but if you’re visiting with the family, the ski resort at Vall de Núria is even prettier and perfect for kids. To reach it, you can take the two hour train ride to pretty Ribes de Freser and catch the rack railway to the slopes from there. At the top, there are 10 alpine ski pistes, a hotel, bars, restaurants and picnic areas. Down at Ribes de Freser, there’s a wider range of accommodation and eating options and a wealth of hiking options for non-skiers. 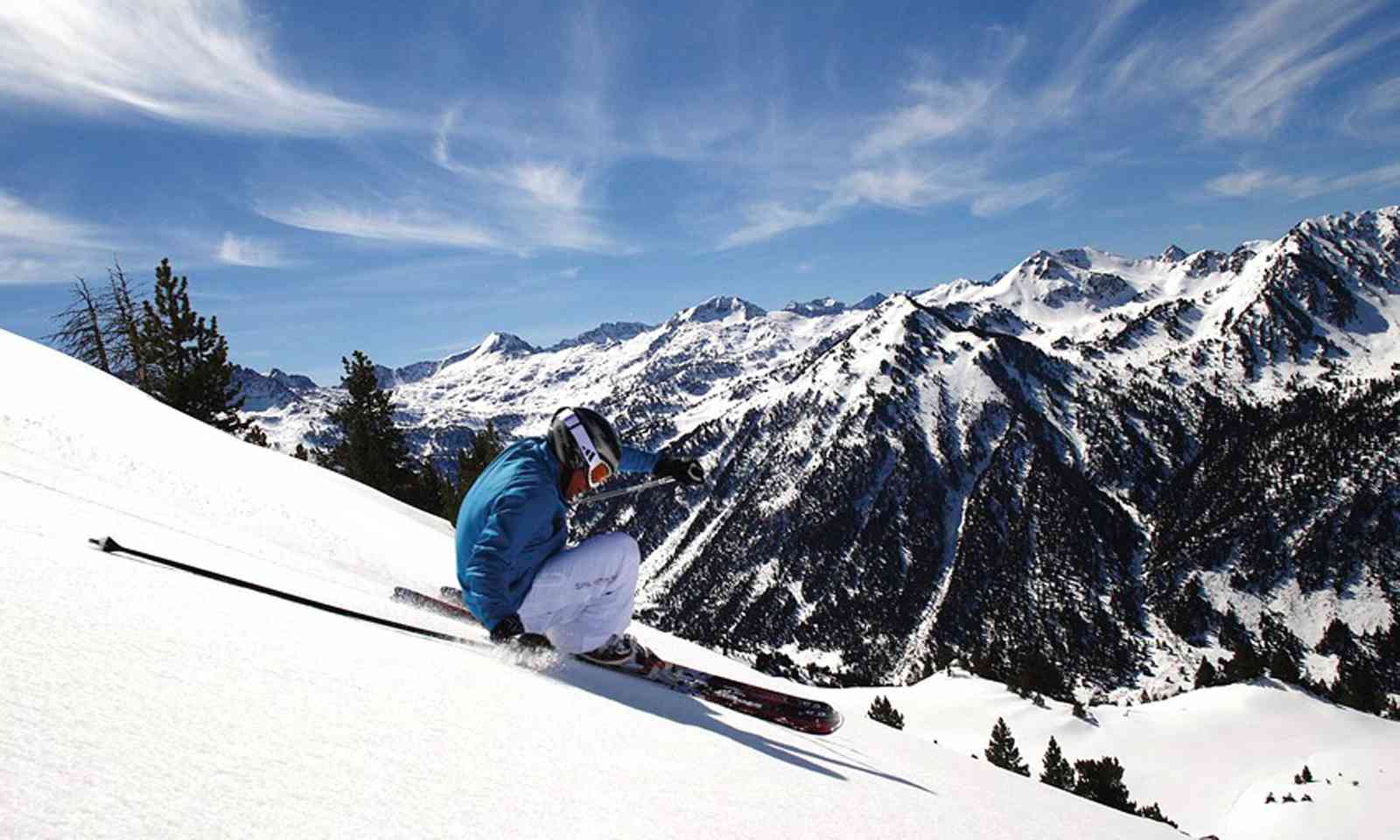 For more serious skiers, Baqueira-Beret in Vall d’Aran is where the jetset and the Spanish royal family go when they want to swoosh down some slopes. The largest and most visited winter resort in Spain, there are 104 pistes of varying difficulties and plenty of off-piste action too. Known for its good snow record throughout the winter, its long and wide ski runs and the many nearby Romanesque churches nestled among quaint rural villages, Baqueira-Beret is unlikely to disappoint.

2: Fun in the snow without skis 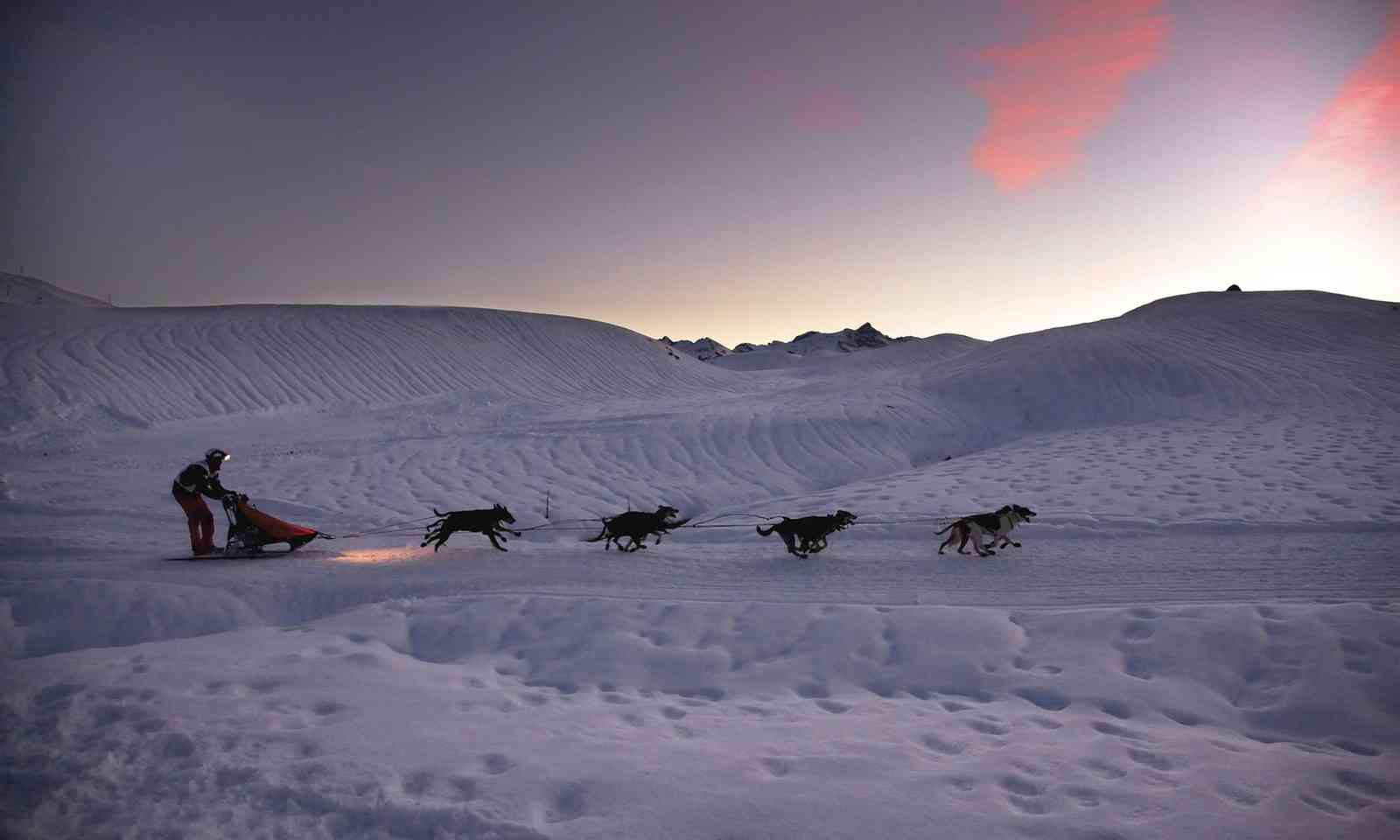 If hurtling down a mountain on skis isn’t your thing but you don’t want to miss out on the winter wonderland experience, head to nearby Montgarri. This abandoned village reportedly had just four listed inhabitants in the 2009 census but thanks to its mountain lodge and the fact that it’s just 7km from Baqueira-Baret, it’s become quite a hit with winter tourists. Here, you can go on snowmobile safaris, try dog-sledding or don snowshoes for a guided full or half day adventure. Accommodation in the lodge is in shared rooms with bunk beds.

For something completely different, from Bellver de Cerdanya in the province of Lleida, you can take a ride in a hot air balloon and wave to the tiny skiers down below. Taking off from the centre of the valley, you’ll get a privileged view of the French Pyrenees, the Cadí mountains and the old stone villages and cattle farms that dot the region. While everyone else is on the slopes, winter is the perfect time to head to the beach. Much of the coast can be accessed easily by train or bus from Barcelona and beaches where you might struggle to find space to lay down your towel in August, you can have all to yourself.

The Camí de Ronda is a stunning coastal path in the Costa Brava that links Blanes with Portbou. Built along the clifftops in the 19th century to help the police control smuggling and to give shipwrecked sailors an easier route home, the path offers some of the finest views in the region. Count the cactus flowers as you descend to deserted coves and take in beaches lined with modernista mansions, then ascend again through scented forests along rugged paths.

South of Barcelona, in Costa Daurada, the beaches are wider and flatter, and there are some excellent walks to be had, most notably the 20-kilometre stretch between Altafulla and Tarragona, which takes you past the handsome Romanesque castle at Tamarit. Stay in either town and catch the train back.

4: Christmas with a difference Catalonia has some of the most unique and intriguing Christmas traditions in the world. Christmas markets might be everywhere these days but if you really want to see something different, head to Barcelona in the run up to the festive season.

Many Catalans have a particularly scatological sense of humour, never more so than at Christmas, when locals head to the Fira de Santa Llúcia in front of Barcelona Cathedral in search of some rather special items.

First up on the shopping list is the tió or poo log. The tió is a hollowed out log that stands on legs and is given a jolly face and a small red hat. From December 8th, children ´feed´ the log and keep him warm, and then at Christmas, he’s covered with a blanket, with sweets and small gifts hidden underneath. Then the kids hit him with a stick, sing a song and ask him to poo presents, which he obligingly does to squeals of delight. At the Santa Llúcia market and markets right across Catalonia, you’ll find tiós in an array of sizes, alongside the other uniquely Catalan symbol of Christmas: the caganer. While nativity scenes elsewhere are a holy and simple affair with Mary, Joseph, the manger and some barnyard animals, here in Catalonia, there are joined by the caganer. The caganer (crapper) is a figure of a traditional peasant with his trousers down, answering the call of nature.

Thought to represent the fertilisation of the earth, he’s hidden away somewhere in the nativity scene for children to find. These days, caganers are made to be celebrities, sports stars, politicians and even the Pope. If your mantlepiece is lacking a defecating figure of Donald Trump, now you know where to look. The Fira de Santa Llúcia in 2017 runs from November 25 to December 23.

Meanwhile at the start of December, 70 kilometres to the north, the town of Vic stages one of Spain’s largest and best known medieval markets. Stall-holders dress up and there are displays of falconry, archery, battling knights and plenty for the kids. In 2017, the market takes place between  December 3-6

5: Head to the Carnival While the start of Lent may be marked with little more than a pancake or two in the UK, Catalans like to have a giant blow out fiesta beforehand to prepare themselves. Carnival was frowned upon under dictator Franco, so, since his death, Catalans have been making up for lost time.

While Carnival is celebrated in Barcelona, the real party happens further down the coast in the dapper coastal town of Sitges, the carnival popular withdrag queens and members of the LGBT community, alongside other costumed revellers. The only way to look out of place is to not be wearing fancy dress.

The carnival gets going a few days before the official celebrations start with the arrival of the Carnival King. On the final day, a lavish procession snakes through the town and the Carnival King is symbolically killed. The drag queens wear black to mourn the end of all the fun.

Carnival is a slightly tamer affair elsewhere in Catalonia but you can still witness plenty of locals roaming the streets in colourful costumes and a symbolic burying of a sardine takes place in towns across the region to mark the end of the party. In 2017, Carnival takes place between February 23 and March 1.