7 bucket list experiences to tick off in Asturias, Spain

Situated in the heart of Green Spain and with 400km of coastline, bear-filled mountainous forests, vast national parks and UNESCO-listed wonders, there are so many experiences to tick off in Asturias...

1. Discover the pre-Romanesque art of a medieval kingdom 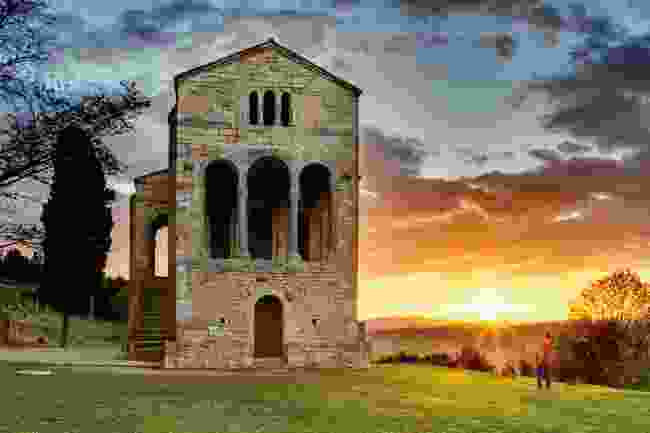 Medieval Asturias was the first Christian kingdom to form after the Umayyad Caliphate’s control of the Iberian Peninsula. Its creation spurred a 200-year burst of artistic freedom blending Classical and Germanic influences, which can still be explored in the pre-Romanesque churches and palaces around Oviedo/ Uviéu.

Start at the city’s Basilica of San Julián de los Prados. Also known as the Santullano, it was built in the 9th century and was the largest church in Spain until the 11th century. It’s just one of Asturias' UNESCO-listed pre-Romanesque sites. Among them is the Cámara Santa Chapel – home to the Holy Shroud of Oviedo, also called the hillside palace of Santa Maria del Naranco, where this evolution of styles plays out in the flourishes and motifs that break up its stately austere design. 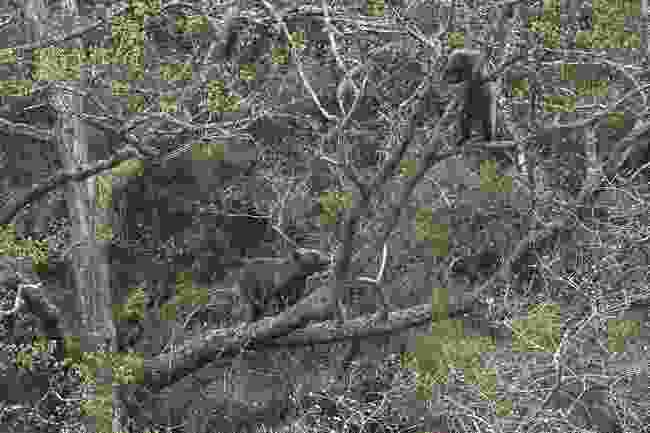 There is an estimated 300 brown bears that roam the fringes of Asturias, where Somiedo Natural Park trickles into the forests of the Cantabrian Mountains. It’s a remarkable story. In the 1980s, the population dipped dramatically low before conservationists stepped in; now the chance of seeing a brown bear here is higher than ever.

Guided tours and observation points afford encounters from a safe distance, with the best times to visit between April and May, when females emerge with their newborns. Sightings continue until late September, though, when bilberry season sees the bears fattening up before winter. 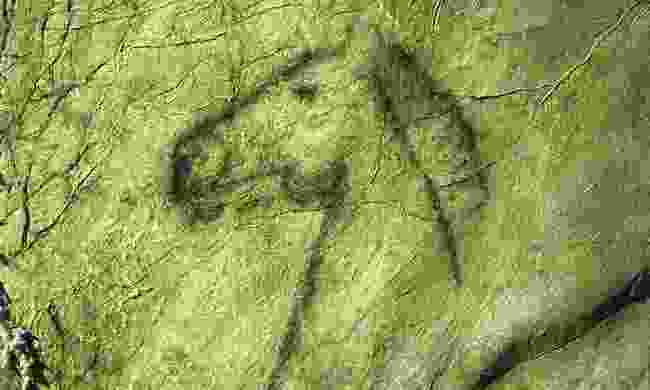 Asturias is riddled with some of the most important Paleolithic cave art in Europe. Drawn by the original settlers of the Iberian Peninsula, petroglyphs found in the caves of El Buxu, Llonín, La Loja and others illustrate some of the first tentative cultural steps of the human race, with the most delicate finds now on show in Oviedo’s Archaeological Museum of Asturias.

Among the most impressive locations is Tito Bustillo, one of five UNESCO-listed cave-art sites in the area. This karst network, near the seaside town of Ribadesella, charts the lives of settlers living here between 22,000 and 10,000BC. Its 700m-long gallery overlaps the stories and art of different eras, offering a moving visual timeline of the dawn of humanity. 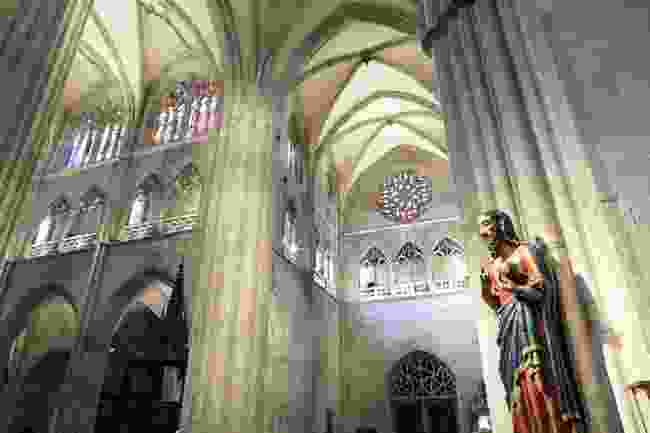 The Way of St James, also known as the Camino de Santiago, is one of the world’s best known pilgrim walks, spanning dozens of routes across Europe. All these trails culminate on the steps of the Cathedral of Santiago de Compostela in north-west Spain, the final resting place of St James. While there is no single correct route, there is an ‘original’ path.

The Camino Primitivo (‘The Original Way’) charts the first pilgrimage made here, back in the 9th century when king Alfonso II of Asturias set out from Oviedo to authenticate the remains of the apostle. It hasn’t changed much since. This over-300km route fords steep mountain tracks, making it a tougher, if more scenic, walk than the crowded roads of other Ways.

5. Pedal your way up the Vuelta climbs 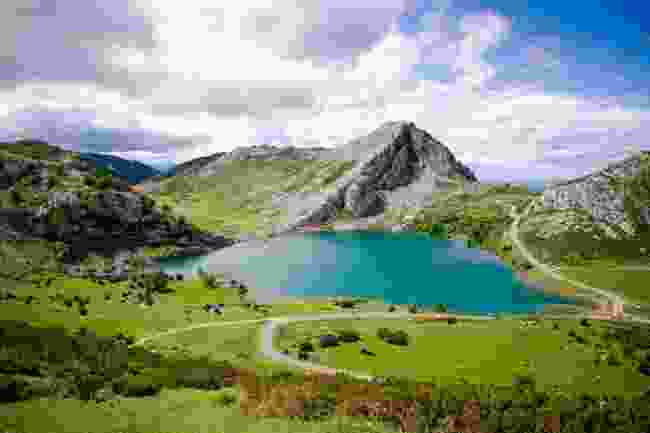 The Vuelta a España is one of the toughest road cycling races in Europe, made infamous for its mountain stages. The slopes of Asturias are home to its most testing sections, tempting touring bikers from across the world. But it’s not all sweaty lycra and sore limbs – there’s beauty here, too.

The 12.5km route up Alto de L’Angliru may be dubbed the toughest climb in European cycling, but as you chug its 1,266m summit, you rise over a lush saddle of green hills. Or take your seat for the ascent above Lagos de Covadonga, a lakeland setting of glacial waters, fairytale towns, imposing basilicas and the wild fringes of Picos de Europa National Park, founded in 1918, making it the first national park in all of Spain.

Asturias isn’t short of natural drama. Limestone peaks poke out from vast stretches of woodland to make up a landscape of seven UNESCO biosphere reserves —1% of the world’s total. These range from the brañas (high pastures) of Somiedo to the autumnal beech forests of Ponga, to the artisan villages of Redes and to Muniellos, one of the biggest oaks forests in all of Europe.

Picos de Europa, Spain's first National Park, deserves a special mention. Its trails weave a storied path, skirting Roman mines and the cave shrine where medieval Asturias was born in 718. Explore cliff-cut walks along Cares Gorge or climb to the 1,690m-high Ordiales Viewpoint, with the land sprawling below, to spy the snowcapped massifs that make it such an unforgettable experience. 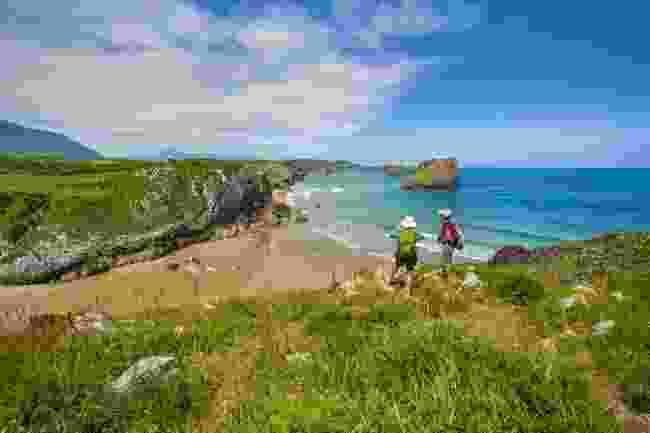 The only thing interrupting Asturias’s coastline of over 200 beaches are whisper-quiet fishing villages, lush clifftops, wide estuaries and hidden coves. Surfers claim the waves of Tapia, Salinas and Rodiles, while fossil hunters roam the ‘dinosaur’ coast from the port city of Gijón/ Xixón to Ribadesella/ Ribeseya. Keen hikers, meanwhile, take to the Coastal Path that stretches the entire span of the Asturias coastline to discover Asturia’s rural life for themselves. There is little development here, and the only disturbance is the refreshing breeze rippling your skin as you slow to the pace of the wild north-west coast. Just the way it should be.

Start planning your dream visit to Asturias now by heading over to the official website.