Tohoku’s northern prefectures of Akita and Yamagata are renowned for their culinary specialties and unique cultural experiences, offering visitors a Japan trip unlike any other... 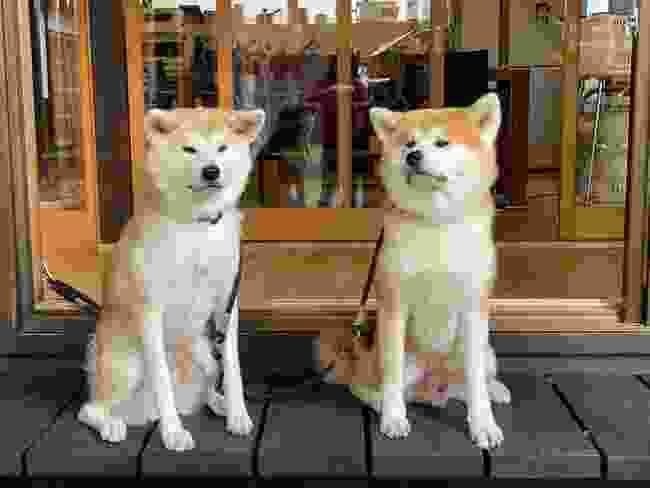 The mountains of Akita Prefecture are the home of the Akita inu, the national dog of Japan. Although originally bred to hunt deer and wild boar, this breed has become known as man’s faithful and loving companion. It shot to fame with the release of the 2009 movie Hachi: A Dog’s Tale, which told the true story of Hachiko’s loyalty to his master, even after his death. There are numerous places to meet the Akita inu, including Akita Inu Visitor Center, but for maximum interaction, one option is an overnight stay at Enishi, a homestay lodging in Kakunodate with two Akita inu. 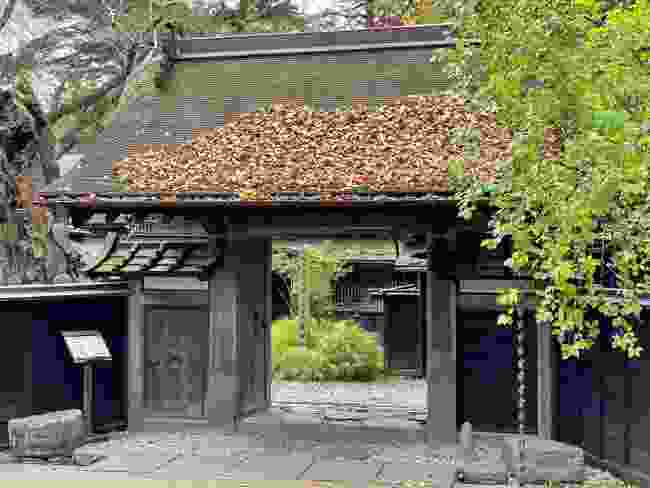 Once samurai strongholds, Akita and Yamagata have extensive architecture dating from the 1600s, when samurai culture flourished. For a peak at life in those days, take a rickshaw ride along Kakunodate’s Uchimachi, a street lined with impeccably preserved samurai residences complete with gates, storehouses and gardens. The area is particularly impressive in spring, when the weeping cherry trees bloom, and during the colourful autumn foliage.

For an insight into lesser-known aspects of the life of samurai families, visit one of the centres of cherry bark craft in Kakunodate or silk craft in Tsuruoka. These once-cottage industries became samurais’ main source of income when their warrior status was revoked. Cherry bark craft is made from wild cherry. The natural variations in the bark mean that no two items, which typically include tea caddies, tableware and decorative pieces, are the same. Meanwhile, Tsuruoka is the only place nationwide where the entire process of silk production is carried out today. Visitors can experience the living heritage of both sites via tours, museums and shops. 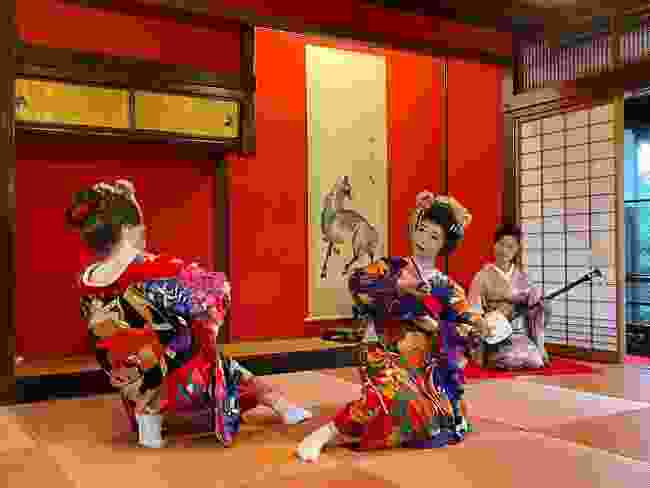 On the coast of Yamagata lies Sakata, a port city that was a vibrant trading hub in the 17th and 18th centuries for kitamaebune ships that departed with rice and returned with goods from Kyoto. One cultural import was entertainment, and Somaya became a thriving teahouse home to more than 150 geisha and maiko apprentices who performed for businessmen and government officials. Today, the historic buildings of Somaya (now named Somaro) are still home to maiko who perform dances and sing songs unchanged for hundreds of years. 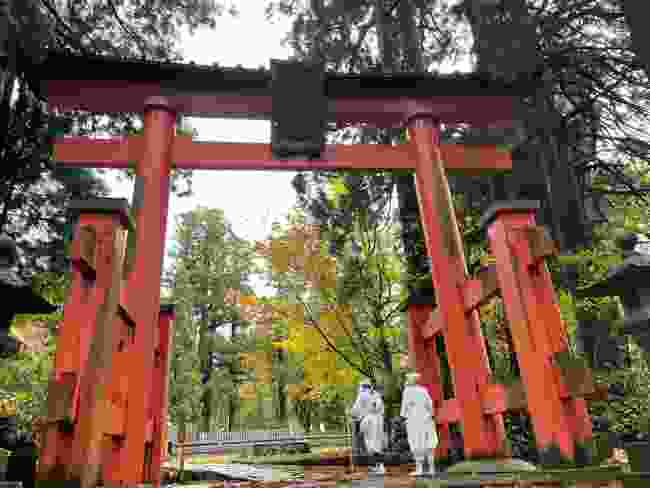 Tsuruoka is home to Dewa Sanzan, the collective name for Mount Haguro, Mount Gassan and Mount Yudono, which are believed to be sacred places that nurture new life. For more than 1,400 years, mountain ascetic monks called Yamabushi have been traversing the three peaks as a means of becoming one with the mountains’ spirit and being reborn as they descend. At 414 metres, Mount Haguro is a two-hour walk along a Japanese cedar-lined path and 2,446-step stone stairway that leads to another world of ancient forests and spiritual sites. 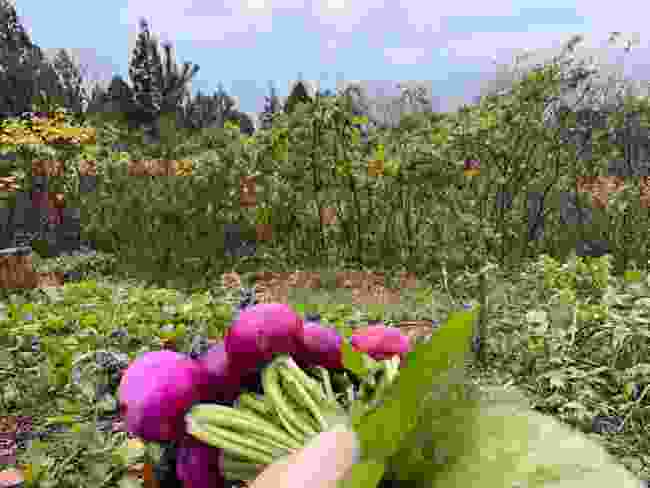 A farm-to-field culinary experience can be found in Atsumi, Tsuruoka. Learn about the painstaking process to make the atsumikabu, a red turnip whose seeds are more than 150 years old, before picking some and being guided in making them into pickles, a popular local snack.

Meanwhile, Saikan, the lodging and eatery at the summit of Mount Haguro, is renowned for its goma dofu, a specialty of the area made from ground sesame that is hardened into a paste and served with a sweet topping called an. With advanced booking, visitors can make the popular dish with the owner-chefs and take it home as a souvenir. 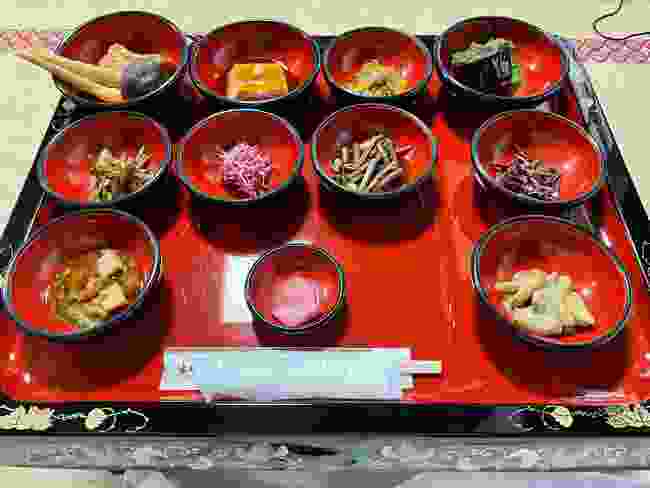 As the only UN City of Gastronomy, Tsuruoka is a must-visit place for foodies. Abundant natural resources, diversity of landscapes, distinct seasons, local industries and ceremonial practices centred around food have created a unique culinary ecosystem. Try the shojin ryori (Buddhist vegetarian cuisine) at Saikan, where local vegetables, grasses and nuts are used exclusively. For Italian-inspired food, sample a course menu at Al Chécciano, where chefs feature the city’s 60 heirloom crops in the dishes.

To sample the delights of Akita’s food culture, visit Hyakusuien, a centuries-old restaurant and museum that uses traditional cooking and food preservation methods. Its local specialties include chestnut rice and  a type of hand-stretched, dried noodle called Inaniwa udon. Alternatively, head to the mountains of Nyuto Onsen town where Kuroyu Onsen boils eggs in the sulphur-rich hot spring water, turning their shells black. Having a dip aids blood circulation, and is the perfect way to stimulate your appetite beforehand. 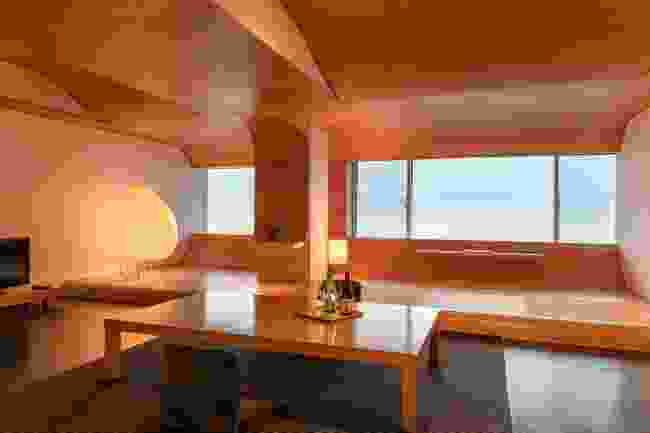 Dating from 1813, the hot spring resort of Kameya blends tradition and modernity in 66 guest rooms offering ocean views. For the ultimate in luxury, choose from one of six expansive suite rooms on the top floor that feature private baths. There are indoor and outdoor hot spring baths with panoramas of the gardens and ocean as well as a late-night lounge serving drinks. Breakfast and dinner are kaiseki meals featuring artwork-like dishes.

Another option is Suiden Terrasse, a hotel inspired by the art of reading. It serves a bento-style breakfast from its restaurant overlooking rice fields and sells solely local crafts and produce from its shop. 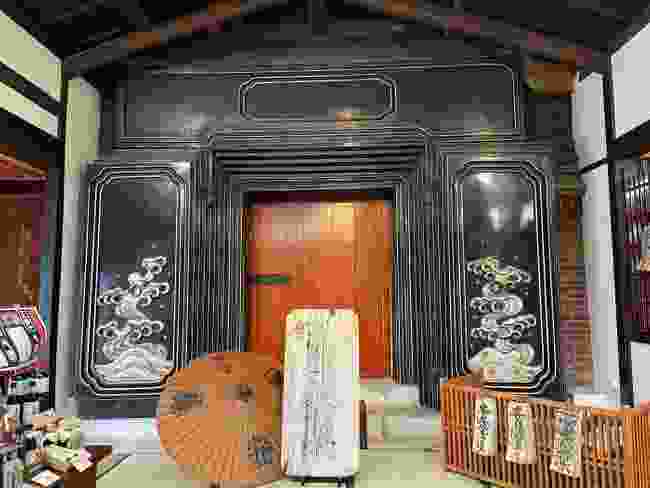 For a behind-the-scenes look at the history of miso and soy sauce in Kakunodate, take a tour of Ando Jozo Brewery, which has been making the traditional seasonings since the early 1700s. The wooden signboard dates from the 1880s and the red brick kura (warehouse) is the oldest in Tohoku. Look out for the extremely thick doors, which would have once kept the products fresh, and the intricately decorated inner rooms, now used for ceremonies.

For sake lovers, take a tour or tasting at Dewanoyuki-shuzo Museum in Oyama. Exhibits include old brewing tools and documents as well as rare artefacts related to the town’s long history with sake.

Akita and Yamagata are bursting with potential for exploring Japan’s lesser-known cuisine and culture. To find out more, head over to the official website or take a look at the Instagram or Facebook page.