Tuvalu is tiny. Nine desert islands barely break the surface of the Pacific Ocean mid-way between Hawaii and Australia. With a population of just over 12,000 it is one of the world’s smallest nations: only the Vatican City has fewer citizens.

Tuvalu’s past is shrouded in mystery. It is thought that its first settlers came from Tonga, and cave remains indicate this might have happened 8,000 years ago.

The great European navigators of the 16th century knew about Tuvalu but with no safe berth it was little more than a navigation hazard and ships stayed clear. Missionaries arrived in the 19th century and until 1978 Tuvalu was administered as a British Protectorate along with the Ellice Islands. Development was incremental until the Americans noticed the islands’ strategic importance in the Second World War. The main island of Funafuti suddenly received an airstrip, a causeway, and many of the eight kilometres of paved roads that they still use today.

Tuvalu has plenty of paradise beaches, but few are developed for tourism. Barely a hundred visitors a year make the epic trip across the Pacific to get here. The economy bumps along at subsistence level: the soil is rarely fertile and drinking water has to be collected from roofs and stored in tanks. Colourful postage stamps were an important source of revenue and it received a windfall when its internet suffix was declared to be .tv, but fishing from an outrigger canoe is a more usual career path.

As if this wasn’t enough, Tuvalu faces an uncertain future. The islands’ highest point stands 4.5m above sea level: the locals live in fear of a ‘King Tide’, an unusually high tide that could sweep Tuvalu away, and the even more dismaying prospect of rising sea levels is a long-term threat. It’s easy to say the best time to visit Tuvalu is now, but this time it’s true. It might be your only chance.

It is a part of Melanesian tradition to play host to travellers and invite them into their homes. Refusing such an offer could cause offence.

When to go to Tuvalu

Getting around in Tuvalu

There is no organised car hire, but motorcycles and taxis are available on Funafuti. Boats connect the islands, but these trips are only scheduled every 3-4 weeks.

Funafuti has a few hotels, motels, lodges, and locally-run guesthouses, mainly on the motu of Fongafale. Guesthouses are the main lodgings on the outer islands. Camping is available in designated campsites and by permission from landowners.

Meals largely consist of Chinese-style food, although local fish and curry dishes can be found. Food is inexpensive, but sometimes the island suffers from shortages.

Make reservations at restaurants. If they’re not expecting any customers many will not open.

Alcohol is widely available but drinking in public is prohibited.

Speak to your GP about vaccinations for Tuvalu. Protect yourself against bug bites and cuts-these can turn septic quickly. Drinking water is collected from the rain and storage standards vary: water should be treated or bought.

Women should take care when going out alone, and avoid wearing revealing clothing. Even on the beach it's best to wear tee shirts and modest shorts. 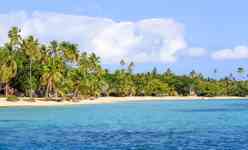 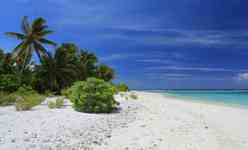 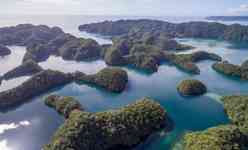 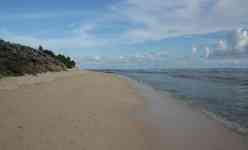