Sweden travel guide, including map of Sweden, top Sweden travel experiences, tips for travel in Sweden, plus the best islands in Sweden

Home to ABBA, IKEA and the Nobel Peace Prize, but also uninhabited islands, pristine national parks and Arctic wilderness, Sweden is a fascinating place. Here, the mood of the nation depends on light. Summer days are endless and carefree while in winter, at the northerly latitudes, the sun scarcely bothers to raise its head and a gloomier attitude descents – leavened by the sparkle of the northern lights and Christmas markets.

The Swedish are never happier than when outside, making this a great destination if you’re a fan of outdoor fresh-air fun. History buffs can explore Sweden’s stone circles and Bronze Age rock carvings, while fashionistas will love pottering and partying in Stockholm, Gothenburg and Malmö.

Peddle past traditional windmills on the tiny island of Oland and then gorge on black caviar when you’re done. In the summer, head north to experience the midnight sun or go during winter to stay in a snowy suite at the Ice Hotel.

Wanderlust tips for travel in Sweden

Be careful with the Swedish word mil. The Scandinavian ‘mile’ is actually 10km.

Pre-book hostels wherever possible. Swedish hostels often refuse to check people in outside of their reception opening hours.

The idea of a smörgåsbord is that you keep popping back to the table; avoid looking like a glutton by not overloading your plate.

When to go to Sweden

Sweden is at its best during the long summer days between May and September, although if you’re planning to spend a lot of time outside, you might want to avoid mosquito season (June and July).

To experience the midnight sun you need to be above the Arctic Circle between 31 May and 14 July.

Winters are very cold, but offer a different range of activities – head north for husky-sledding, Ice Hotel stays and the northern lights between November and March.

Sweden has an excellent network of public transport. The bus and regional train networks are integrated. ScanRail has a flexible rail pass which covers travel in Denmark, Finland, Sweden and Norway.

Domestic flights can be expensive.

Cycling is a joy in Sweden and cyclists are well respected by other road users.

Boats are also popular. Gotland is served by regular ferries.

Swedish people love the great outdoors making camping and country cabins far more popular than drab hotels. Campsites with excellent facilities are everywhere, although most are only open between May and September. Sweden has a a good hostel network too.

Tourist offices have lists of homestays. Look out for the sign ‘Rum & Frukost’ when driving – it indicates cheap B&B-style accommodation. Hotels are mostly operated by big chains.

Fermented herring, reindeer stew, meatballs, stuffed pike with horseradish – Swedish cuisine may not be to everyone’s taste but you can’t fault the quality of the produce. Fresh fish is abundant in Sweden and wild berries and mountain-reared meat are staples. If you’re short on time, a smörgåsboard is a great introduction to Swedish food.

Alcohol is expensive in Sweden but it’s an important part of the culture – just be sure not to start necking your drink until your host or hostess has toasted you with a resounding ‘Skål!’

Sweden is a great destination for vegetarians: most major towns have a selection of veggie restaurants.

Check with your GP before travelling that your immunisations are up to date. Tap water is safe to drink.

Bring mosquito repellent if you’re planning to be in Sweden during the summer. 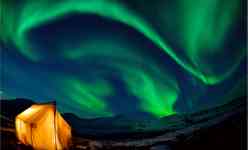 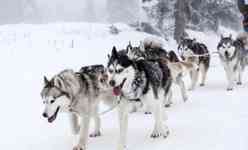 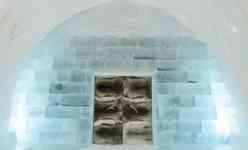 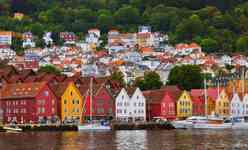