Technically an overseas département of France, the island of Réunion floats in the warm azure waters of the Indian ocean between Madagascar and Mauritius. But if you’re thinking of Mauritius’s picture-perfect beaches, think again. Réunion’s beaches tend to be narrow and on the south and east coasts of the island, you’ll find only volcanic, black sand.

What Réunion does have is coral reefs, a lush forest interior, rare birds and plantlife, waterfalls in abundance and one of the world’s most active volcanoes – all of which makes the island great for ecotourism and adventure sports. Réunion is a hiker’s paradise with over 1000km of well-marked trails and horseriders, mountain bikers, surfers and divers are well-catered for too.

Réunion’s mixed cultural makeup also makes it fascinating to visit. Uninhabited before the 17th century, today’s Réunionnais are the descendants of European colonisers, African slaves, Indian labourers and Chinese merchants – all of whose influence can be felt in Réunion’s cuisine and culture.

Réunion’s tourist industry is slowly gearing up for more Anglophones but you’ll find a little bit of French goes a long way. Many locals don’t speak a word of English.

Creole is their mother tongue but they’ll be happy to give directions and discuss the best bars, restaurants and picnic-spots with you en français. They tend also to be more forgiving than the French when it comes to grammar and pronunciation. Knowing phrases like “pied droit là” (right foot here) is absolutely crucial if you plan on going abseiling.

When to go to Réunion

The majority of Réunion’s tourists are French. Accommodation and flights during the French school holidays are quickly booked up and prices climb. Avoid Réunion’s summer (January to March). This is cyclone season. Even if a cyclone doesn’t hit, the rains are torrential and paths can become impassable.

In August, Réunion’s Tamil population take part in fire-walking ceremonies. The abolition of slavery is celebrated on 20 December and the week-long Fête des Letchis (lychees) is also held in December.

Getting around in Réunion

Réunion’s towns are connected by a reliable and cost-effective bus service (car jaunes). However, the distinctive yellow buses do not run after 7pm and stop at 5.30pm on quieter routes. Stops are on request – to signal you want to get off clap your hands loudly twice. Taxis are numerous but expensive. Car hire is reasonable. Driving is on the right side of the road.

Though they don’t reach the stellar heights of nearby Mauritius and the Seychelles, Réunion’s more upmarket resort hotels can be pricey. You can keep costs down by staying in chambres d’hôtes (B&B), gîtes (guesthouses) and fermes auberges (rural in farm).

If you’re hiking, you’ll find plenty of cheap gîtes de montagne (mountain lodges). These are very cheap and very basic – not all are equipped with warm showers. These must be booked in advance.

Like its population, Réunion’s cuisine is mixture of Creole, Chinese, French and Indian. From samosas to baguettes to the ubiquituous cari (a curry packed with tomatoes, onions, ginger, thyme and saffron), you’re sure to eat well. And as you’d expect from an island, the seafood is great.

Though most main meals tend to be meat-based, vegetarians will find variety in Réunion’s exotic fruit and vegetables – the chayote, the screwpine and baba figue, to name but a few.

In 2006, Réunion suffered an epidemic of the mosquito-borne Chikungunya virus. But thanks to the insecticide-spraying efforts of the islands’ army and firefighters, by 2007 the disease was eradicated. The usual hepatitis A, typhoid, tetanus and polio injections are recommended though not compulsory. Water is officially safe to drink though may cause minor upsets.

Medical care in Réunion is excellent – up to French standards. EU citizens should carry European Health Insurance Card in order to claim refunds.

Réunion is generally safe but robberies do occur. Don’t leave valuables on display in the rental car or on the beach. Swimmers should be aware of Réunion’s strong currents and riptides. 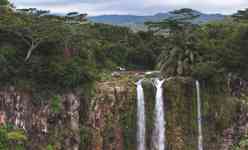 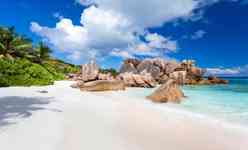