Nicaragua travel guide, including map of Nicaragua, top Nicaraguan travel experiences, tips for travel in Nicaragua, plus where to relax on white-sand beaches a

Nicaragua is a friendly and peaceful country that has nonetheless received some negative press over the years. But maybe that’s not such a bad thing – Nicaragua has managed to preserve its authenticity and character without being swamped by tourists. The largest country in Central America, Nicaragua offers both natural and cultural gems, a testament to a turbulent but fascinating history. On its Pacific side, where most of the population now live, the major colonial influence was Spanish, while the Caribbean coast was dominated by the British. With its volcanoes and the massive inland sea of Lake Nicaragua, the Pacific lowlands are stunningly beautiful. Ometepe Island, which lies in the lake, is the largest freshwater island in the world, dominated by the Concepción and Maderas volcanoes. There are regular ferries to this largely unspoilt jewel. Elsewhere, in the city of León you’ll find old colonial buildings, while the beaches along the Pacific coast are quiet and perfect for watersports and swimming. Off the Caribbean coast, the Corn Islands were once a base for British buccaneers, but sandy beaches and clear blue seas now make them an ideal destination for snorkelling and diving.

The craft market in Masaya is a great place for souvenirs – everything is made by local and national craftsfolk. Hiring a taxi is one of the best ways of finding your way about the notoriously tricky-to-navigate Managua.

When to go to Nicaragua

June to November is the rainy season, when it’s hot and wet (rain generally falls in the late afternoon and at night) and the landscape is green and fresh. December to May is the dry season. December is the best month to visit the Pacific Coast; it gets very hot and dry from mid-Feb to May. The climate varies between the Pacific and Atlantic Coasts and the highlands. The busiest times are during Easter, Christmas and New Year.

Managua Airport (MGA) is 9km from the city.

Getting around in Nicaragua

Roads in Nicaragua range from the excellent Pan-American Highway to dirt tracks. There is a very good network of buses, from intercity coaches and minivans to knee-crunching former North American school buses. Managua is the transport hub. Flying to San Carlos is by far the most comfortable way to get to Solentiname. Cars can be hired in Managua. Avoid driving in Nicaragua at night. Public boats run from Solentiname to San Carlos and back twice weekly. They take around 2.5 hours.

Nicaragua has five-star resorts, eco-lodges, mid-range hotels and super-cheap hostels. In rural areas where accommodation options might not be obvious, it’s worth asking around as there’s normally someone who’ll put you up. Camping is available in some reserves and on less-developed beaches.

Gallo pinto (rice and beans) is a Nicaraguan staple, as are nacatamales (parcels of corn dough filled with meat and/or vegetables and boiled in a banana leaf) and guapote (bass). The local beers are Toña and Victoria. Try Flor de Caña rum – the older the better.

See your GP or travel health clinic before departure to check your vaccinations are up to date. Malaria is endemic. Drink bottled or purified water, and ensure food is thoroughly cooked. 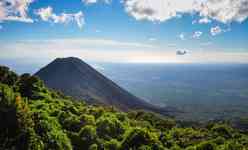 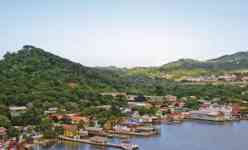