The Netherlands, tucked away between Belgium, Germany and the North Sea, is an often-overlooked holiday destination. The best way to explore the Netherlands’ countryside is by bike. Cycle past windmills, tulip fields, rough coastlines and picture-perfect villages.

An obvious – and worthwhile – place to visit is the Netherlands’ capital Amsterdam. Admire world-famous Dutch paintings in the Rijksmuseum and the Van Gogh Museum, cruise or walk along Amsterdam’s canals, and finish the day in one of the city’s many buzzing bars. The Hague's gothic architecture shelters some real cultural and historical gems, as well as being the government centre.

Other highlights are the remote Frisian Islands and their more frequented neighbour Texel, the charming town of Maastricht with its medieval centre, and the marshes and lagoons of Biesbosch National Park. Rotterdam is a hot spot for architecture fans, and Leiden is a charming little University city just half an hour's train ride from Amsterdam.

Join a guided mud walk, crossing over to an island in the Wadden Sea during low tide. It’s a bit messy, but great fun and a unique nature experience. A good area is Simonszand, a sandbank between Schiermonnikoog and Rottumerplaat, home to many birds and seagulls.

Katherine Price shares her tips on surviving the Netherlands:

“Watch out for the cyclists! Amsterdam is known for its bikes for a reason.

"I also wish I'd known just how windy it could be – I visited in April, and because the Netherlands are so flat, there is nothing between you and that bitingly cold wind from the coast. It cuts straight through any jacket that isn't wind-proof, so layer up and make sure you have a proper wind- and rain-proofed jacket.”

Travel in the Netherlands: vital statistics

When to go to the Netherlands

The climate in the Netherlands is temperate, with moderately cold winters and mild summers.

Plan your trip around 30 April to see a whole country, especially Amsterdam, going nuts on Koninginnedag, or Orange Day: the Dutch dress up in the national colour orange and celebrate the birthday of the Queen.

Getting around in the Netherlands

There is a good service of regional and local buses. Hiring a bicycle is the perfect way to get around locally – the Netherlands is very bike-friendly, with 20,000km of designated fietspaden (cycle paths) and many repair and hiring facilities. You are allowed to take your bicycle on almost all trains.

Ferries run from the mainland to the five Frisian islands, and along southern Zeeland.

Hotels and hostels are usually of a good standard. You will find plenty of well-equipped and family-friendly campsites all over the country. If you cycle or walk around the Netherlands join Vrienden op de Fiets (Friends of the Bicycle) for a marginal annual fee to get bargain bed & breakfast accommodation.

The Netherlands is not a gourmet country, but has a range of specialties worth trying. Street vendors sell delicious fish snacks such as rollmops, smoked eel, mussels and mackerel in a roll. Dutch cheese is more diverse than you might think – sample locally produced Edam and Gouda of different grades of maturity.

Fast food fans are well catered for in the Netherlands: chips (friet) are very popular and come with various sauces – try curry or ‘special’ (mayonnaise, ketchup and onions). Other takeaway classics are kroketten – spiced minced meat covered with breadcrumbs and deep-fried – and fricandel, a sort of minced meat sausage.

You can’t go wrong with Dutch beer, which is mostly brewed Pilsener-style.

Health & safety in the Netherlands

Smoking cannabis is tolerated in so-called coffeeshops – it is illegal in public though. 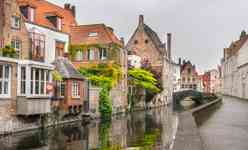 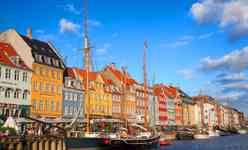 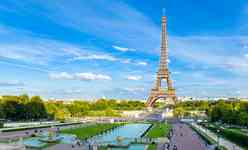 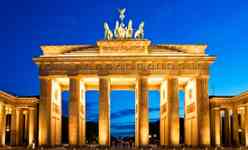