Morocco travel guide, including map of Morocco, top Morocco travel experiences, tips for travel in Morocco, plus climbing in the atlas and riad stays

Barely 20 miles from Europe, Morocco is a world apart. Fast ferries from Spain link a country that is part Arab, part African, with a character all of its own.

Morocco’s cities are the obvious draws. Marrakech and Fez are the places to explore the medieval alleys of ancient medinas, packed with donkeys, traders and the scents of Africa. Casablanca and Rabat are modern with elegant boulevards and a Gallic café culture, while Tangier and Agadir are sophisticated cities where the beach takes centre stage.

Drill down to the smaller towns and Morocco’s heritage is more distinct and accessible. Visit Chefchouan, in the north, where cornflower-blue houses sprawl on a fertile hillside, or the fortified coastal town of Essaouira, once a Portuguese outpost on Atlantic Africa. Inexpensive taxi rides reach stunning highlights, Roman columns preserved by the desert at Volubilis and mud-built forts towering over folding mountain landscapes.

Zoom in closer and be welcomed into village life: ride the waves in surf communities on the sunsoaked southern coast near Agadir, trek to Berber villages huddled against adobe castle walls in the Atlas Mountains and join nomads on camels to cross Saharan dunes.

At every level Moroccans are exceptionally hospitable: this is one country where you are likely to be invited into private homes and plied with sweet tea. Relax and complete your experience with a taste of Morocco; slow-cooked tagine, pastilla (pigeon pastry) or couscous are specialities.

You will spend at least some time undergoing a hard sell, probably in a carpet shop. Take the time to enjoy your mint tea, watch a carpet being woven and simply play along with the haggling charade. You probably won’t get a bargain, but you just might pick up a rug you really like.

In Fez, hire an official guide for at least one day. They will keep pestering freelance guides and bay and vastly enhance your insight into their World Heritage-listed medina.

When to go to Morocco

Spring (March-May) and autumn (September-November) are the most pleasant times to visit, with warm days and cool nights. Summer (June-August) is stiflingly hot, except in the high mountains, while winter can be chilly everywhere. Ramadan sees many restaurants close during the day and transport options can be limited.

Getting around in Morocco

Buses and coaches link most towns; grand taxis (share taxis) are quick and convenient for shorter inter-town journeys. Car hire is possible, though driving in cities can be fraught.

Morocco has some fine accommodation options. Campsites are available, especially near national parks, and camping is necessary on many treks and in the desert. Hostels are also widespread, as are comfortable and reasonably priced hotels. Many riads (now a generic name for medina houses converted into hotels) offer stylish rooms around a central courtyard.

Moroccan food is a highlight of any visit. Small cafes and stalls serve harira soup, brochettes (kebabs) and simple couscous while swanky ‘palace’ restaurants dish up elaborate tagines (casseroles) and pastilla (flaky pigeon pastry). Mint tea is the ubiquitous drink, forced on you by carpet-shop owners but generally offered out of a genuine sense of simple hospitality. It’s a refreshing tipple on a hot day. Alcohol is rarely served outside upmarket hotels and occasional (sometimes dubious) city bars.

Consult your GP or a travel health clinic for advice on inoculations. Drink only bottled or filtered water, and be wary of salads or unpeeled fruit.

Dogs in the countryside – especially shepherds’ dogs – can be aggressive. Carry a stick if possible or be ready to grab a stone to throw if one gets too close.

Pickpocketing does happen in busy spots, though violent crime is rare. Tourists are often hassled or pressured to visit shops in medinas – respond with a good-natured ‘no’ ('la shoukran' in Arabic) and you’ll be fine. 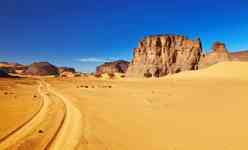 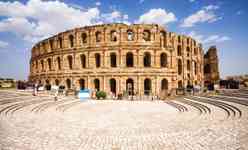