Travelling to India? Get travel advice and inspiration from Wanderlust. Want to know what to see or do? How to avoid the crowds? We have the tips for you

India has the second largest population of the world, with about 1.15 billion people living on the subcontinent. With almost three million square kilometres ahead of you, the first challenge is deciding where to go.

Many travellers coming to India for the first time choose to visit the ‘golden triangle’ – the capital Delhi, Agra with its world-famous Taj Mahal, and Jaipur, the 'pink city' with Hawa Mahal, the Palace of Winds. After a week on the move you'll start to understand why so many visitors to India end up staying for months - or years.

There are so many alternatives. Rajasthan in the northwest is the India many imagine: women dressed in brightly coloured saris, majestic palaces and forts and camels swaggering through the desert.

Head south and the pace slows. Portuguese Goa, the most westernised state, with its beaches and resorts. Kerala, with rice-boats cruising idyllic backwaters and the fortified city of Cochin. Sprawling Karnataka, with the ruins of Hampi and Madurai's simmering Meneekshi Temple, packed with devotees offering sacrifice and holy elephants holding court. Tamil Nadu, vast and rural, that also includes Pondicherry, France's tiny toe-hold onto the Indian sub-continent. And if the heat gets too intense, flee to hill stations, built by the British as hot-season refuges and now happy playgrounds for India's growing middle class.

Push at the frontiers and there are more gems. Troubled Kashmir, with its houseboats and guns. Amritsar, with its 'Golden Temple' defended by pensioners armed with swords, at the heart of Sikkhism. The Himalayan foothills, where trekking routes evolved as ancient trade links to remote mountain settlements.

Pack light and stay longer. There are few things you need in India that you can't buy locally, and heavy packs greatly increase stress. Your money is likely to stretch for longer than you expect and you'll also find it takes you longer, in India, to achieve what you want. Leave yourself the flexibility to extend your stay.

When to go to India

The best time to visit most parts of India is from October to the end of March. During the summer months the monsoon brings heavy rainfalls.

Climate varies a lot depending on where you go. Tamil Nadu in the southeast gets most of its rain between October and December, whereas in the northwest Rajasthan and northern Gujarat don’t receive much rain at all.

India has a lot of great festivals and interesting religious celebrations, which are worth considering when you plan your journey. Highlights are: Makar Sankrati on January 14, when people in North India celebrate the start of the northern journey of the sun with a kite festival; Rath Yatra, the chariot festival, in June; and Diwali in October or November, with atmospheric lights and impressive fireworks.

Getting around in India

For long distances flying is the best option. Domestic flights to all major cities are available, frequently at low prices.

Rail travel is cheap and relatively comfortable. Indian Railways operates a comprehensive network of trains of different standards and with different classes. Be prepared for long journeys – and check if overnight sleeper trains are available for your route to save some time and money for accommodation. Reservations are essential to ensure you get a berth.

If you are not in a hurry you can enjoy the views from a slow steam train up to the hill resorts of Shimla, Ooty (Udhagamandalam), Darjeeling or Matheran.

Many of India’s interesting places can only be reached by road. Buses now get to pretty much every part of the country. They are very cheap, but slow and uncomfortable. Check Red Bus for routes and prices.

A more comfortable way to get around is to hire a car with a driver.

India has a very wide range of accommodation. In all major cities you can stay in high-class hotels for a fraction of what you would pay in Western countries, while locally run hotels are even cheaper - especially if you bargain. The YHA run a few hostels all over India, and tourist offices can provide you with a list of families offering homestays. For a unique experience, stay at a Hindu ashram. You're not expected to be religious, but a philosophical interest will help you fit in.

India’s cuisine is very diverse and food is an integral part of Indian culture. The techniques involved in cooking Indian food are intimately connected with communities, regions, religious beliefs and festivities in the Indian culture.

What most regional styles have in common is the importance of spices, used for flavour, as appetite stimulators and digestives. Domestic cuisine can be very hot, but expensive restaurants catering for the tourist trade make their meals very mild.

Other essentials are dal (lentils), rice and dairy products like dahi, a sort of yoghurt or curd.

For vegetarians India is probably the best country on earth: you can be sure that all Hindu restaurants won't serve meat - or even an egg - at all. Tuck into vegetable stews, curries with paneer cheese and many other regional specialties.

Street stall favourites are samosas, three-cornered deep-fried pastry parcels with a potato filling; bhajis, battered and deep-fried vegetables; and dosas, a sort of pancake made of rice.

Several places in India have been targets of terrorist attacks. Check the Foreign and Commonwealth Office website for travel advice and information on security issues. 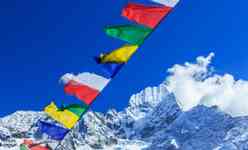 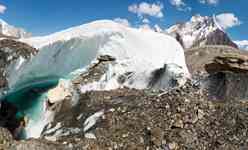 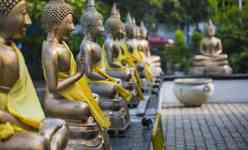