Travelling to Greece? Get travel advice and inspiration from Wanderlust. Want to know what to see or do? How to avoid the crowds? We have the tips for you

Consisting of a rugged, history-rich peninsula and nearly 1400 islands, Greece is one of the world’s oldest and most popular travel destinations.

Capital Athens is an essential stop for the culturally curious, home to the world-famous rock-top ruins of the Acropolis, perhaps the most significant ancient monument in Europe. Once derided for its smog-laden gridlock, Athens has spruced itself up in recent years and (despite economic woes) retains a real metropolitan buzz.

Staying on the mainland, highlights to the north include the walker-friendly Pindos mountains; the extraordinary rock monasteries of Meteora; the home of the gods, Mount Olympus; and the cosmopolitan second city of Thessaloniki.

To the west, the Peloponnese peninsula is a wildly scenic region drenched in myth – here you’ll find Olympia, spiritual home of the Games; the ancient citadel of Mycenae; and the Mani, the rugged promontory extolled by travel writer Patrick Leigh Fermor.

Starting just a short ferry-ride from Athens’s Piraeus harbour, the islands beckon – and hopping between them is one of travel’s classic journeys. They are divided into six groups, plus two larger islands: Crete and Evia.

Closest to Athens are the Saronic Gulf islands, including Aegina and Hydra. To the east, in the Aegean Sea, you will find the Sporades, North Aegean Islands, Dodecanese (including Rhodes) and Cyclades (including Mykonos and Santorini).

West of the mainland lie the Ionian Islands, which include bustling Corfu and the quieter island of Kefalonia.

Every visitor has their favourite spot, and despite decades of mass tourism, there are still areas of Greece that are almost unknown to tourists. Get off the beach and explore.

What to do in Greece

Want an unusual ski trip? Try one of the 16 Greek ski resorts located in the north of the country, and noted as some of the cheapest skiing in Europe. The resorts are normally open from January through to April depending on snow conditions.

When to holiday in Greece

When visiting the Greek islands it can be noted that it is best to visit from spring through to the autumn, this is due to the fact that many of the hotels and restaurants go into winter hibernation. However the winter also brings with it the opportunity of skiing in the small family resorts in the north of the country.

Athens is served by Eleftherios Venizelos International Airport, 27km east of Athens. From here it is possible to get many connecting internal flights to other areas and islands within the country.

Travelling around in Greece

Although the roads and the public transport system are good on the mainland, the conditions of both of these variables may be slightly different on the islands. Its best to hire a car and make use of the freedom to go and explore the rural areas.

There is a wide range of accommodation throughout Greece, ranging from 5-star hotels and villas all the way through to the mid range options (most of which will have swimming pools) and finally to hostels and campsites.

Eating out is an integral part of Greek life. As a result there are great selections of Tavernas or restaurants where ever you go in Greece. Either pick and choose from the wide range of ‘mezedes’ dishes, which are normally shared among the group, or from the well known traditional dishes such as moussaka, stifado and souvlaki (skewered meats).

There is a large selection of wines with many of the islands offering their own variety. Try some of the local beers such as Mythos or the recently revived, Fix.

There are no specific jabs needed to enter Greece. The summer sun however can be extremely hot and care should be taken, bring a hat and plenty of sunscreen.

Make sure when walking to wear boots, long socks and trousers in order to help prevent insect and tick bites. Also be aware of snakebites when walking through under growth, and don’t go putting your hands into any cracks in the rocks. 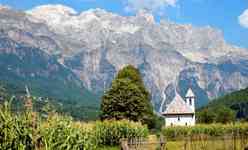 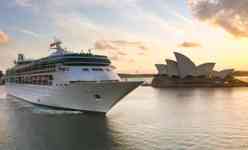 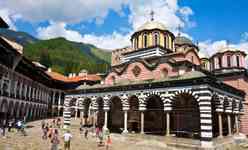 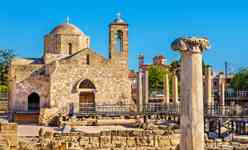 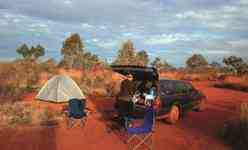 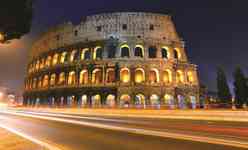 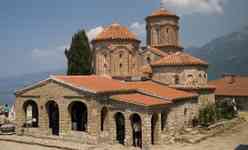