Georgia travel information including a map of Georgia, facts, culture, attractions, transport and weather in Georgia.

Wedged between Russia, Armenia and Azerbaijan, Georgia is all the more perfect for being largely off the tourist radar.

From the snow-topped castle-dotted Caucasus mountains, the green fertile plains that produce avocados, aubergines and salty olives and the sandy beaches along the Black Sea coast, Georgia has been a closely-guarded secret for years.

Officially considered part of Central Asia (until it’s time for the Eurovision Song Contest), capital Tbilisi is an intriguing mix of the two cultures.

Travellers will be shown a lot of love by the hospitable Georgians who pride themselves on the warmth of their welcomes. Eat, drink and be merry is the motto here.

Drinking is a serious business in Georgia: this is not a good country for teetotallers.

Women should cover their heads when visiting churches.

There are frequent blackouts in Georgia so be prepared. 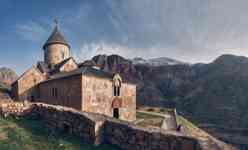 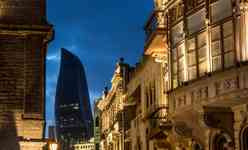 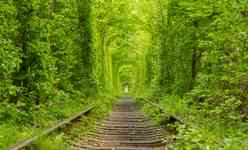