Mysterious Eritrea lies on the northeastern edge of Africa between Sudan and Ethiopia. Part African with a dusting of European and Arabian influence, this former Italian colony has a curious charm.

Travellers are few and far between and Eritrea has a nonchalant attitude to tourism. No matter. Visitors may have to put in more legwork but they will be handsomely rewarded; everyone from bird watchers to history buffs will find something that takes their fancy here.

Invest in a good first aid kit and good travel insurance that will fly you home or to the nearest adequate medical facilities.

Don’t plan on leaving the capital straightaway; every foreign visitor must apply 10 days in advance for a permit to leave Asmara.

When to go to Eritrea

Asmara and the highlands have good weather all year round. In May the temperature peaks, hitting about 30ºC. March and April see a little rain, followed up with a proper dousing in the fwet months between June-September.

On the coast temperatures in the mid 40s make June-September a hot and sticky time to travel. The best months to see the coastal regions are September-January and April-June. In the wet weather many roads become impassable. Through the June-September holidays many Eritreans from abroad return to visit their homeland making accommodation slightly harder to find.

Getting around in Eritrea

Eritrean Airlines operate internal flights. The railway runs between Asmara and Massawa with regular stops in between. Buses are a cheap option for both short and long journeys, although the services are sporadic and you will often have to sit twiddling your thumbs until the bus is full and the driver decides to set off. Taxis are plentiful.

The roads are of a reasonable standard compared to those in other African countries. There are numerous car hire firms in Asmara and petrol is available nationwide. Driving after dark can be risky as there are few signs and some hair-raising drops.

Finding somewhere to stay shouldn’t pose a problem in the main cities of Asmara, Massawa, Assab and Keren. Asmara has a range of good hotels and the others have at least one decent hotel each. There are a mixture of scruffy government hotels and well maintained private hotels.

Budget hotels outside the capital often have communal rooms, grubby squat toilets and no running water. Pensions are variable – some are habitable but the bottom-end ones often function as brothels. There aren’t any organised campsites but you’re unlikely to be quizzed if you set up camp along the coast or in the highlands.

Eritrean cuisine is much like that of Ethiopia with an Italian twist. In Eritrea, tsebhis (stews) predominate. They are usually accompanied by injera (spongy flatbread made from teff, sorghum or wheat) or hilbet (lentil, legume and faba bean paste). Stews are mainly made from chicken, mutton or beef. Berbere, a herbal spice mix, is slathered over everything to give Eritrean food its trademark spicy flavour. Ful (stewed beans with tomato and onions), goat and shiro (chickpea paste) are popular.

Drinks include tea, coffee, milk, honey wine and suwa (homebrewed beer). Soft drinks are rare and pricey. The water is not safe to drink so stick to the bottled variety.

Eritrea has an uneasy relationship with Ethiopia and the Eritrean/Ethiopian border can be a trouble spot. It’s wise to stay away from the border with Djibouti and Sudan too.

Away from the border regions, Eritrea is a remarkably safe country. Street crime and theft are virtually unheard of although travellers should still err on the side of caution. There are numerous minefields, especially near the border with Ethiopia. Avoid off road riving and check local advice about country walks.

Take precautions against malaria, hepatitis A, typhoid fever, yellow fever and dengue fever. Altitude sickness can strike in Asmara or after a lengthy stint in the lowlands. Athlete’s foot is common. Travellers can also suffer from sunstroke and stomach upsets. 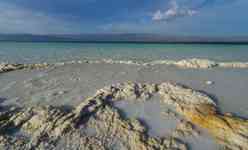 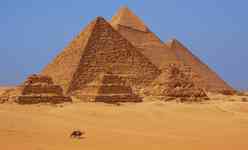 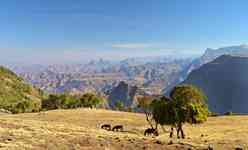 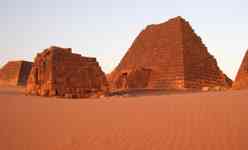