If you’re a battered old Africa hand, sick of safaris and savannahs, it may be time to add a stamp to the Democratic Republic of Congo to your passport. After years of war and bloodshed, the region’s doors are slowly opening up to tourism, thanks mainly to the high profile conservation of the western mountain gorillas in the Parc National des Virungas. But be warned: rural DRC is infested with armies, rebel groups and simple bandits, the major roads are routinely washed out and only the most intrepid of travellers would ignore the FCO’s advice against unguarded rural travel.

Thanks to years of conflict and instability, DRC doesn’t offer much in the way of large-scale cultural events or festivals. However, as with any other destination, daily life can be as lively and momentous as staged theatrics, so make time to visit local sports matches, concerts and art exhibitions in the cities you visit, and keep an eye out for impromptu dances and music in rural areas.

The capital is Kinshasa. It was founded in 1881 as a trading post by Henry Morton Stanley (and called Leopoldville) next to a tiny fishing village. Now it has a population of ten million, and is the second-largest francophone city in the world (after Paris). It's a surprising city, set on the River Congo and looking across to Brazzaville, the capital of the Republic of the Congo. This is the intellectual heart of the country, with three universities, and though it does attract the best musicians and artists, its affluent residential areas are outnumbered by sprawling, miserable slums.

The city's sophistication ends with the tarmac though, and that's not far out from the centre. Independence from Belgium was followed by the crazed dictatorship of Mobutu Sese Seko: various wars since mean there are a lot of functioning guns in circulation. Despite UN initiatives and various ceasefires the country is basically ungoverned. The only visitors to towns such as Goma and Bukavu are aid workers and they fly in: the roads are generally impassable.

This is a shame. Vast, even by African standards, the country has mineral wealth and natural beauty. It has the second-largest rainforest in the world (after the Amazon) rising up to the mountains of the east. There are no less than five Unesco biospheres and huge tracts of equatorial jungle but most of the country remains unexplored.

Pack a copy of Joseph Conrad's classic Heart of Darkness, up-to-date embassy info, and your sense of adventure – and look forward to an intrepid journey into Africa’s unexplored centre.

Take nothing for granted. All border crossings can close without notice and that includes Kinshasa's airport and the ferry to Brazzaville. The DRC isn’t the destination of choice for relaxing breaks or momentous cultural awakenings, and if it’s adventure you’re after you may get too much. In Kinshasa beware of armed robbers, sometimes posing as policemen.

When to go to DRC

Due to the size and topography of DRC, the climate varies greatly. The southern highlands tend to be cooler and drier than the hot and muggy equatorial river basin. North of the equator, the wet season runs April to October, and the dry from December to February. Further south, the wet season falls November to March, and the dry from April to October. Plan carefully, as temperature and rainfall can be extreme.

Getting around the city centres is relatively easy, with buses and taxis serving as simple (yet often rickety) internal public transport. Travelling outside of DRC’s main cities is, however, a different story. Roads and bridges have often washed out and even main routes are often completely impassable. Added to this is the fact that independent overland travel through rural areas can be incredibly dangerous thanks to continued instability and lawlessness. The Foreign and Commonwealth Office advises strongly against all but essential travel: travel with guides, guards, and a large amount of caution.

Top end accommodation (US$200+) in DRC’s main cities is generally very good quality, with rigorous security, clean rooms, and a wide range of food and drink options (often serving up European fare too, or at least a version of). Lower price hotels and hostels are, as a rule, harder to come by – especially if you’re looking for value for money and somewhere secure to store your backpack. Consult other travellers for accommodation tips, and go with an open mind.

As with most African destinations, buying ‘street food’ is the simplest and most economical way of feeding yourself. By sticking to local dishes, you’ll be eating fresher food, gaining the respect of the locals, and – until you’ve mastered the messy art of eating fufu and stew with your fingers – providing the dinnertime entertainment. The main fare is fufu, or ugali, served with a spicy stew. For the European palette, this often takes a while to adjust to but in rural areas there’s little alternative. Kwanga, a type of fermented bread, is also a staple, as is lituma, a dish of mashed plantain. Fish is plentiful thanks to the River Congo, and goat, although a delicacy, is the most common meat.

Check the FCO’s website before making (or embarking on) any plans, as the stability and safety can alter at incredibly short notice. If travelling overland over borders, consult other travellers and border officials for additional information, and exercise caution at all times. Armed gangs and rebel armies make overland travel extremely hazardous and the state of the roads can make it impossible. There have been outbreaks of plague and hospital facilities, outside the capital, are extremely limited.

Further Reading on travel in DRC 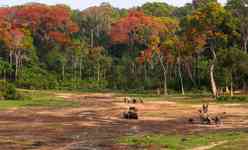 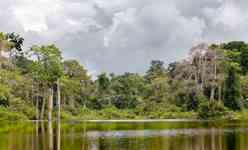 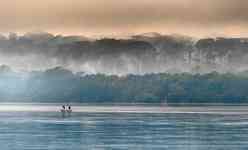 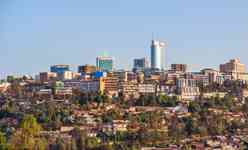