Your full Wanderlust guide to travel in Cote d'Ivoire

Perched between Ghana and Liberia, this once harmonious West African nation has had a tumultuous few years. The 2002 armed rebellion cost thousands of lives and split the country in two. Since the conflict ended there have been tentative steps towards long-term peace punctuated by sporadic violence. The troubles have ensured that, when it comes to African travel destinations, Côte d'Ivoire is well and truly languishing at the bottom of the pile. But there is far more to this diverse country than pejorative headlines. Sky-skimming modern office blocks collide with baked-mud mosques and the elegant Yamoussoukro basilica. Energetic cities clash with rugged Atlantic beaches and an impressive stretch of rainforest. There are also some 60 tribal groups including Dan, Lobi, Baoulé and Senoufo peoples, each with a fascinating culture – think symbolic art, magic spells and naked spirit cleansing festivals.

(Check safety advice before heading to these attractions).

Check that your medical insurance includes evacuation by air ambulance and stay abreast of safety advice. Carry your passport at all times.

When to go to Côte d'Ivoire

Avoid the wet months. Côte d'Ivoire sees rain at different times of the year. In the north the wet season is June-October. In the south there are two rainy seasons: May-July and October-November. The best time to visit is in the cool, dry period between November-February although in December Harmattan winds reduce visibility.

Getting around in Côte d'Ivoire

There are internal flights between Abidjan and San Pédro. The Abidjan-Ouagadougou railway has trains linking Abidjan with Bouaké and Ferkessédougou.

The availability of transport is dwindling but buses, taxis and minibuses can be found in most of the major towns. Of the three, buses are comfier and more regular. The roads are poor and as a result it takes a hefty amount of time to get anywhere. The frequent security checkpoints are a real headache and will invariably cause delays.

Abidjan has some large hotels aimed at international guests. Most of the major towns and cities have top end, mid range and budget hotels. In rural areas options are far more limited.

Cote d'Ivoire shares many of the hallmarks of West African cuisine. Meals often consist of braised fish or chicken topped with onions or tomatoes. This is commonly served with a side helping of attiéké (grated cassava). Kedjenou

Aloko (chicken and vegetables made with a mild sauce) is another favourite. (banana with chilli and onions in palm oil) can be picked up as a street snack. Fruits include bananas and pineapples. The locals swig bangui, a palm wine.

The areas north of Bouaké and west along a line from the towns of Seguela and Guiglo are plagued by violence. If planning to enter the northern New Force territory, travellers must obtain proper paperwork from rebel leaders. Security checkpoints can involve some tense encounters with soldiers who often ask for bribes. Crime is widespread throughout Côte d'Ivoire and guns are rife.

There are medical facilities in Abidjan but amenities elsewhere are poor. Take precautions against malaria, yellow fever and cholera. Swimming can be dangerous due to strong Atlantic currents and people drown every year. 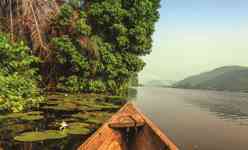 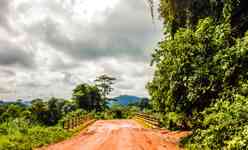 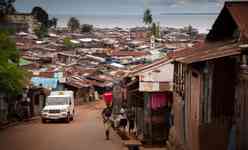