Costa Rica is so rich in wildlife that you’d think it had a monopoly on nature. Home to howling monkeys, toucans, butterflies, hummingbirds, colourful frogs and leatherback turtles, more than 25% of Costa Rica is protected in national parks and reserves.

In the far north-west of Costa Rica the dry forests of Guanacaste are a Unesco Natural World Heritage site. Further south, the beaches of Costa Rica’s Nicoya Peninsula are hidden in secluded coves, while on the central Pacific coast, the laid-back hangout of Jacó is a magnet for sun-worshippers.

In the mountain ranges dividing the Caribbean from the Pacific, the mighty Arenal volcano spews and splutters lava into the Costa Rican night sky.

Twitchers will love the coastal mangroves around Tortuguero, a huge national park comprising coast and jungle-fringed waterways teaming with bird and insect life. And for some of the best rainforest trekking in Latin America, head to Corcovado National Park on the Osa Peninsula, Costa Rica’s most remote and possibly most rewarding wilderness.

In restaurants, asking if the service charge and sales tax are included before you order. Likewise, check at hotels that tax is included in the price.

When travelling to remote areas, carry plenty of colones in small denominations. Your credit card won’t pass much muster out in the sticks.

Thomas Rees on the thing he wished he'd known before he arrived:

"Pack a pair of ear-plugs. The only downside to Costa Rica's mind-blowing biodiversity is the noise of the jungle at night. The sound of millions of chirping insects and amphibians can make getting to sleep a little difficult!"

Daisy Cropper on what she would have wanted to know before her trip:

"I wish I'd known a bit more Spanish. I was very young and ignorant when I visited and thought a lot more people would speak English. There's nothing like arriving in a country when you don't understand anything going on around you! Learn the basics – especially if you're hoping to get off-the-beaten-track."

"There are also some very interesting taxes in Costa Rica. Keep an eye on them as it's easy to get ripped off. There's a departure tax, which must be paid in cash on departing the airport. We didn't have any cash and there wasn't a cash machine which took our cards in the airport. Cue mass departure hysteria."

When to go to Costa Rica

Costa Rica’s two coasts have different weather patterns: the Pacific coast is dry from December to April, while the Caribbean side is drier between August and October.

Getting around in Costa Rica

Local buses are one of the best ways of getting around Costa Rica; they are basic but frequent and cheap. ‘Gringo’ minibuses are more expensive but considerably more comfortable and they’ll pick you up from your hotel.

Renting a car can be a hair-raising experience: accidents and car crime are real possibilities. Costa Rica’s terrain makes for easy cycling and there’s little traffic outside the Vale Central.

Costa Rica has a wide range of accommodation, from basic rooms in family homes to luxurious lodges. Prices are higher than in other Central American countries and you’ll need to reserve well ahead for high season.

Look for the Certification for Sustainable Tourism (CTS), a government accreditation system (based on a series of leaves like the hotel star system) that rewards eco-friendly operators and lodges.

Fruit is really good in Costa Rica, where papayas, pineapples and bananas grow in abundance. Eating out can be expensive, so go for the plato del día (dish of the day) at lunchtime if you’re on a budget. Vegetarians are quite well catered for.

Visit your GP/travel clinic for advice on necessary vaccinations. Do not travel without adequate health insurance.

Street crime is a major problem in San José, particularly around the Coca-Cola bus terminal, so take extra care and get a licensed cab if you’re barhopping.

In budget accommodation, some ‘suicide showers’ have a button on the nozzle that turns on the element – do not touch when wet! Finally, riptides can be a problem on popular tourist beaches. 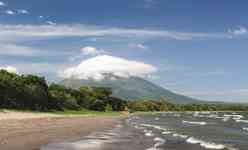 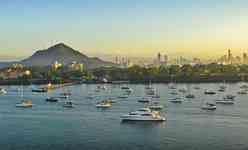