Your full Wanderlust guide to travel in Belgium

In a way, Belgium is two countries in one. In the Dutch-speaking north of the country, known as Flanders, you’ll find the culture-rich cities of Antwerp, Bruges and Ghent. Their well-preserved gothic and baroque architecture, picturesque canals, cobbled streets, top restaurants and irresistible chocolatiers make them perfect long-weekend destinations. Flanders’ flat, open landscape means it is little-visited by outdoor enthusiasts but there is one secret gem for nature-lovers: Het Zwin. This nature reserve on North Sea coast plays host to thousands of migratory birds and in summer is awash with purple zwinnebloem (sea lavender). In stark contrast to Flanders’ pancake-flat landscape, French-speaking Wallonia boasts the wooded hills of the Ardennes forest and the wild landscape of the Haute Fagnes, which is home to many rare animals and plants. This area attracts many Belgium hikers, mountain-bikers and canoeists, yet is strangely little-visited by foreigner tourists. Ssshh! Don’t let them in on this secret!

If you’re unsure what a Belgian person’s mother tongue is, it’s probably best to stick to English until you’ve worked it out. Some Flemish-speakers are offended if you greet them in French and Walloons may take exception if spoken to in Flemish.

Another problem with the linguistic divide is road signs. For example, If you’re driving from Antwerp and flowing a sign to Bergen (Flemish), once you cross into Wallonia, the city becomes Mons (French). Make sure you know the French and Flemish names for places or you’ll risk getting hopelessly lost. And don’t forget the pockets of German-speakers in the east.

When to go to Belgium

April to September is the warmest period in Belgium but prepare for rain and grey skies at any time of year. Avoid visiting Bruges, Belgium's top tourist destination in August when it can get very crowded.

In February, nowhere in Europe celebrates Carnival with as much enthusiasm as in Belgium. Festivities are also held throughout the country in July and August. One notable celebration is the historical Ommegang pageant held in honour of Emperor Charles and his son.

On selected weekends in September, Belgium opens protected monuments to the public on what are known as Heritage Days. Belgium's Christmas markets are well worth a visit in December.

Getting around in Belgium

The Belgium train network is efficient and extensive, with most stations served by a train at least once every hour or half hour.

Buses in Belgium are much slower than trains and not much cheaper. They are only of real use in rural areas such as the Ardennes where the train services fizzle out and you should expect lengthy waits at bus stops.

Outside of peak hours and coastal areas on fine summer weekends, Belgium's roads are easy to drive, although rental coasts can be high and the Belgians do have a reputation for aggressive driving.

From 5-star luxury hotels to riverside campsites, Belgium has accommodation for every budget. Prices are generally higher in summer and rooms fill up quickly, so reserve in advance. Brussels is the exception. Here, you will find cheaper rates on weekends and during the summer when EU business slows up and the Eurocrats leave the city.

Happily, an increasing number of good value B&Bs and farmstays are popping up all over Belgium. Contact local tourist offices for lists of them. If you're planning on staying in one place for a week, renting a holiday apartment or guesthouse is an economical option.

For apartments and guesthouses in Flanders see www.hoevetourisme.be and for Wallonia, see www.gitesdewallonie.be.

There's more to Belgium food than its famed chocolate, waffles and moules-frites (mussels and chips) – although those really are bloody good.

With its penchant for rich sauces, Wallonian cuisine is similar to French. The Ardennes region is particular known for its game pâtés and cured ham.

Flemish specialities include Konijn met pruimen (rabbit and prune stew) and waterzooi (a thick soup made with vegetables and chicken or fish). No trip to Belgium would be complete without sampling a beer from at least one of the country's 100+ breweries. 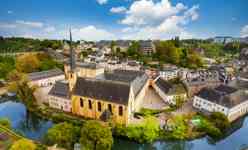 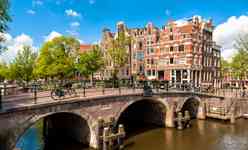