Call it what you will, the Red Centre, the Central Oz, the back of beyond – Outback Australia has some of the most stunning and iconic scenery the country has to offer.

Covering a vast 3,000km, from the tip of the Northern Territory to the centre of South Australia, Outback Australia takes in both the Simpson and Tanami Deserts and has over 15 national parks. Needless to say it is home to a vast array of landscapes and wildlife.

At the top end there is a tropical feel. The wetlands, floodplains and bush lands of Kakadu National Park vie with Katherine Gorge at Nitmiluk National Park for most stunning scenery. As you travel further south the landscape changes from green to orange to red and the true outback is revealed. In the Red Centre you’ll find the famous rock, Uluru along with Kata Tjuta (the Olgas) and Devil’s Marbles.

Keep going down and you’ll finally hit the Flinders Rangers, marking the end of the outback. Along the way make sure to stop off at Alice Spring, Katherine and the quirky Coober Pedy to experience a slice of true outback hospitality.

The diverse Aboriginal culture is a highlight of Outback Australia, but there are cultural considerations to remember. Always ask before taking a photo and always double check you are permitted onto certain lands, which may be sacred.

If you’re thinking of buying Aboriginal art make your purchase direct from the artist or Indigenous community, always ask to see a certificate of authenticity.

Within certain areas of the Northern Territory, there are also restrictions on the transportation and consumption of alcohol in public places.

When to go to Outback Australia

The top end of the Northern Territory has a tropical climate. Summer (December-March) is the best time to visit, with the rains bringing an abundance of life and stunning scenery. The dry season (May-October) is warm with cool nights.

In the Red Centre, which includes the bottom of the Northern Territory and the top end of South Australia, the climate reverts back to Australia’s typical four seasons. Summer (December-February) is very hot with an average temperature of 35?C. In winter (June-August) nights are surprisingly cold.

Getting around Outback Australia

Domestic flights to the major cities are numerous and many airlines offer discounted fares. Flights to more regional areas are less regular and a little more expensive.

For comfort and flexibility hire a car. Distances are vast; be very aware of wildlife on the road – there’s a LOT of roadkill. If driving, take the Explorer’s Way, which follows the famous explorer John McDouall Stuart and features most of Central Australia’s key attractions. Buses are reasonably comfortable but often journeys are long and tiresome.

Outback Australia is synonymous with bush tucker, but this doesn’t mean a diet of witchetty grubs. Bush tucker is simple, fresh and sourced from the local surrounds. Dishes include kangaroo, buffalo, crocodile, emu and camel.

Apart from meat, bush tucker also encompasses a range of flowers and vegetables used for flavour and spice. Examples include lemon and aniseed myrtle, mountain pepper and the leafy vegetable warrigal green.

Take precautions when swimming. Beaches in the Northern Territory have a large number of box jellyfish and in the Top End salt and freshwater crocodiles can be found in most billabongs and rivers.

Take plenty of sun cream and a wide-brimmed hat. Outback Australia is also home to mosquitoes and a number of biting insects so take strong repellent. 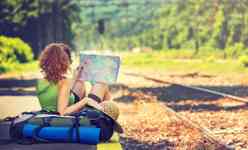 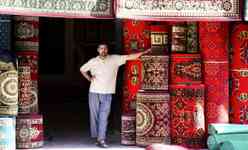 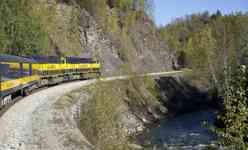