For many visitors, Africa means one thing – safari – and the pursuit of iconic wildlife encounters can easily become a lifelong passion. But there’s far more to the continent than the nature documentary view, and different African regions have their own particular appeal.

If you’ve got time on your hands, you can’t beat a top-to-bottom odyssey. Cairo to Cape Town is the classic overlanding route, which takes about twenty weeks, but there are all sorts of variations.

A month allows you to get a feel for the African way of life, and explore two or three countries – perhaps combine some wildlife viewing with trekking and coastal downtime. If time is really tight, focus your sights on one destination and don’t try to pack too much in: weather conditions, accessibility and laid-back attitudes can play havoc with gruelling schedules.

North Africa – Tunisia, Morocco and less-visited Libya and Algeria – is weekend break territory from Europe, offering an exotic blend of Arab cultures, Roman ruins, French colonial history, mountain hikes (notably in the Atlas mountains) and forays into the Sahara desert. Marrakesh is the best-known of many intoxicating cities.

West Africa has a troubled past, blighted by slavery and political unrest, but is slowly emerging as a destination for winter sun seekers (The Gambia, Cap Verde Islands), world music aficionados (Mali, Senegal) and overlanders interested in tribal cultures and religions (Benin, Togo). Timbuktu in Mali was once the epitome of remoteness, and sadly remains a challenging destination thanks to bandits in the bush.

East to the Horn of Africa and Ethiopia is a little-visited giant, with rock-hewn Coptic churches and vast religious festivals in the north, fading down to colourful tribal cultures in the south. Don't miss Eritrea, Italy's only African colony: its capital, Asmara, is an Art Deco gem.

South of the Sahara desert ‘Safari Africa’ starts. Central Africa is the only place to go to see mountain gorillas with small groups habituated in Uganda and Rwanda. To the east Kenya and Tanzania are classic Africa first-timer destinations, packing in world class national parks and reserves, palm-fringed beaches, Swahili towns, and a string of great treks led by Tanzania’s Mt Kilimanjaro.

Beyond them lie the great adventure destinations of southern Africa. Zambia pioneered walking safaris and Zimbabwe used to be known for producing the continent's finest guides. Hopefully it will come back soon to the world safari stage. African adventure sports are still centred around the Victoria Falls, the natural icon that marks their border, with canoe trips on the lower Zambezi, rafting on the rapids, gorge swings and more.

Malawi has its own freshwater beach resorts, scattered along the shores of their eponymous lake, though it's the people here who take centre stage. Mozambique's wildlife is slowly recovering from years of war but travel beyond Maputo is frontline stuff: These days most visitors to Mozambique fly in to luxury resorts on islands offshore. Across the Mozambique Channel the island of Madagascar is Africa’s Galapagos, stocked with unique species including the lemur, while the Seychelles and Mauritius are fly and flop honeymoon destinations with some conservation volunteering opportunities.

Botswana is the safari destination of choice when price is no object, but the same game strays across the border into Namibia, whose extraordinary deserts, wildlife and wreck-strewn coastline have inspired Wanderlust readers to frequently vote it their favourite country on earth.

Finally, the continent comes to an end in South Africa, one of the best places to get a sense of a real and complex Africa beyond the safari brochure. You can get close to the 'Big Five' at stunning national parks and private reserves but this is a First-World economy and the wildlife experience is managed. Explore this beautiful country by taking a township tour, volunteering at a school or taking a class in bushcraft. The country, like the continent, rewards travellers who give themselves to it wholeheartedly.

So what are you waiting for? Start planning your Africa adventure today…

From safaris to sundowners, mighty mountains to manic medinas and music festivals, Africa is a truly wild continent 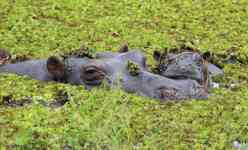 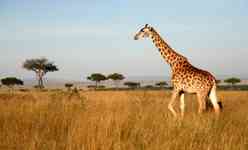