From Roman churches and Venetian architecture to modern art parties and Zrmanja river rafting, there's every reason to visit the Croatian city of Zadar. And we haven't even mentioned the wine yet... 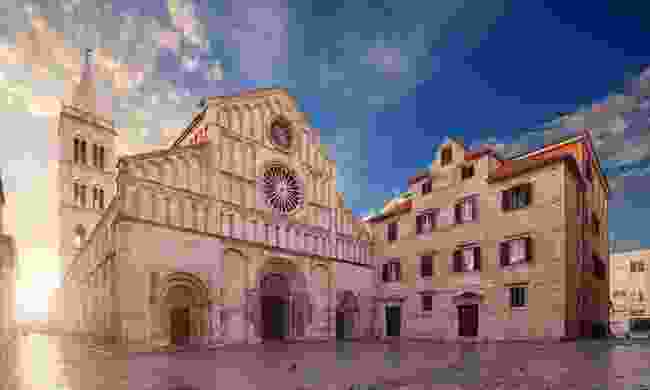 On the Forum Square, you'll find St Donat church, which was built in the 9th century. It's a rotunda (based on a circular plan) with exceptional acoustic qualities. For that reason, it hosts a classical music festival each summer.

Nearby, the impressive 12th century Cathedral of St Anastasia has a free standing bell tower. Climb 180 steps for magnificent panoramic views over the terracotta roofs of the Old Town, out to the sea and islands, and inland to the rugged Velebit mountains. 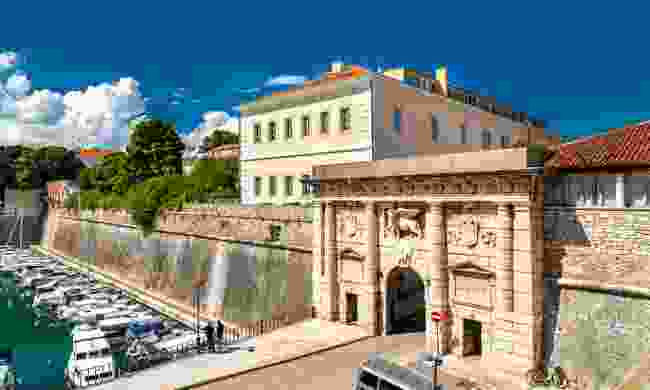 Zadar's Old Town sits compact on a small peninsula, which was fortified under Venetian rule in the 1400 to 1700s, to protect against the Ottoman Turks. The defensive walls, complete with towers, bastions and monumental arched gates, are UNESCO listed.

Other buildings from the same era include the loggia (the former courthouse, now hosting art exhibitions), the arsenal (where the Venetians used to repair their ships, today used for conferences), and the Rector's Palace, now used for exhibitions, concerts and lectures.

Townhouses from this period are painted in muted pastel shades, reminiscent of Venice itself. On Zadar's seafront promenade, the much loved Sea Organ was designed by local architect Nikola Bašić and installed in 2005.

Set inside white stone steps, 35 pipes connect to the sea, to create haunting humming and moaning sounds, depending on the movement of the water, driven by the wind and tide.

People gather here to sit and listen to sounds produced by the forces of nature. Nearby and also by Bašić, the Greeting to the Sun (from 2008) is a circle of 300 glass plates, set into the stone paving. Solar-powered light sensitive modules power a multi-coloured lighting display come sunset. 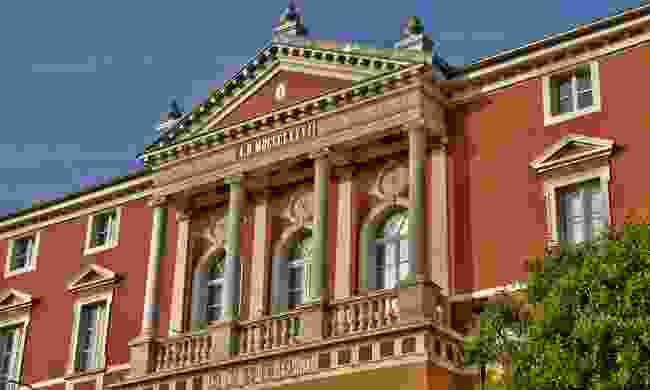 Zadar was founded by the Romans as Iadera in the 1st century BC, however little remains from that time, other than Forum Square. But archaeologists have unearthed hordes of beautiful Roman glassware, including goblets, jars and vials in subtle blues, greens and pinks, in the surrounding area.

These historic finds are exhibited at the Museum of Ancient Glass, where you can also watch a fascinating glass-making demonstration, and buy replicas from the excellent gift shop. 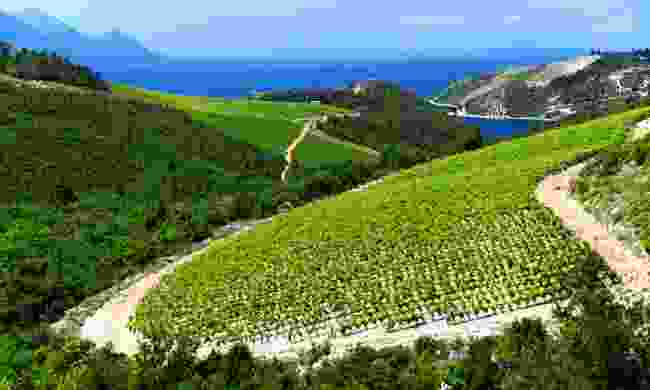 One of the Dalmatia region's many beautiful vineyards (Shutterstock)

Alternatively, drive into the rural hinterland, to visit vineyards and cellars open for tours and tasting. The nearest include Kraljevski Vinograd in Petrčane (12km north), Maslina i Vino co-operative in Polače (35km southeast), and Vinarija Škaulj in Benkovac (41km east). 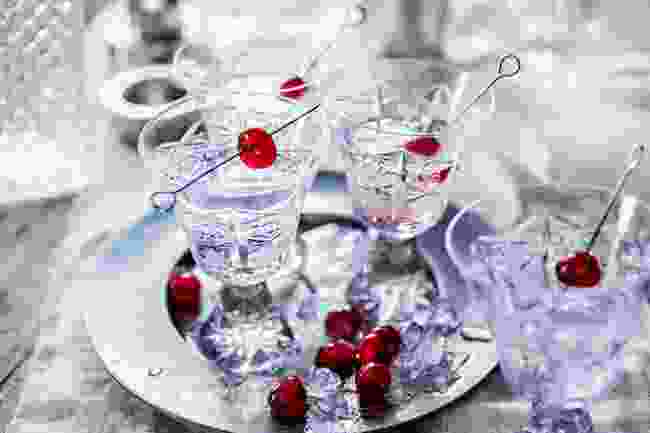 Hemingway and Hitchcock apparently loved it, and several crates of it went down with the Titanic.

But Maraschino liquor was first distilled by monks at the Dominican monastery in Zadar. Back in the 16th century, it was used for medicinal purposes, but is now considered a classic Zadar souvenir.

The largest producer, Maraska, has orchards with over 100,000 marasca cherry trees and a distillery on the edge of town. Maraschino can be consumed neat, or used in cocktails – try one at Bamboo Beach & Cocktail Bar by the sea in Puntamika. 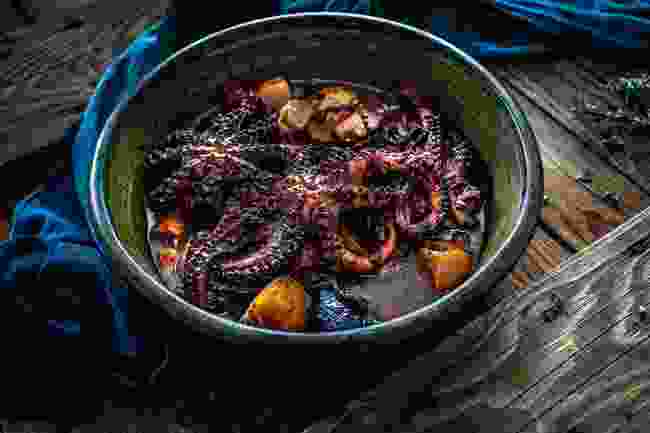 To feast on traditional Dalmatian seafood, book a table at upmarket eatery Kornat on the quayside, serving Gnocchi with truffle sauce and monkfish, and baked sea bass.

For something more contemporary, head to Dva Ribara and order shrimp risotto, followed by monkfish in bacon, served with Swiss chard.

8. Boat trip to the Kornati Islands 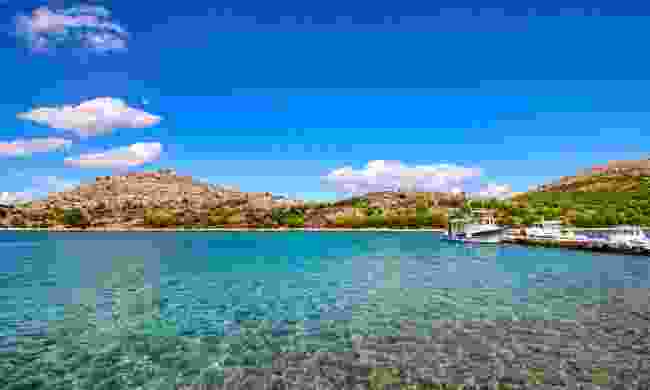 On a hot sunny day, what could be better than jumping on a boat and sailing across the glistening turquoise Adriatic?

Historically, the islands were used for grazing sheep on hardy grasses and fragrant herbs, and local fishermen would take shelter in the islands' 16 sheltered bays during rough weather. Today, wild and pristine, they're officially uninhabited, and can only be reached as part of an organised excursion, or by private yacht.

9. Go river rafting on the Zrmanja 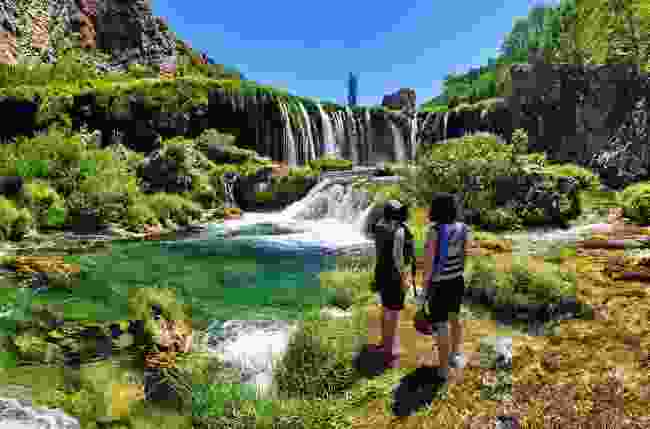 Immediately south of the Velebit Mountains, the emerald green River Zrmanja thunders through a dramatic rocky canyon towards the Adriatic Sea.

Here, Riva Rafting Centre based in Obravac, 47km east of Zadar, arranges rafting down a series of waterfalls and rapids. During the experience you'll cover a 14.5km route downstream, with a skipper instructor, taking two and a half to four hours, depending on conditions.

Top tip: They offer pick up from Zadar on Monday, Wednesday and Friday. Bring a bathing suit and trainers but don't worry about the wetsuit, life jacket and helmet - you'll be given those.