Your guide to Tuscany’s most authentic city

Just south of Pisa and off most tourists' radars, the port city of Livorno offers a true Italian experience – if you know where to go...

Founded by the Venetians and declared a free port in 1608, Livorno has always been one of Italy’s liveliest cities. Sadly, most visitors tend to pass through on the way to the better known corners of Tuscany. Or onto the ferry to Sardinia. But if you take the time to explore the city, you will be rewarded with a truly authentic Italian experience.

Here are five places to check out in the city that locals still call by its old seafaring name, Leghorn. 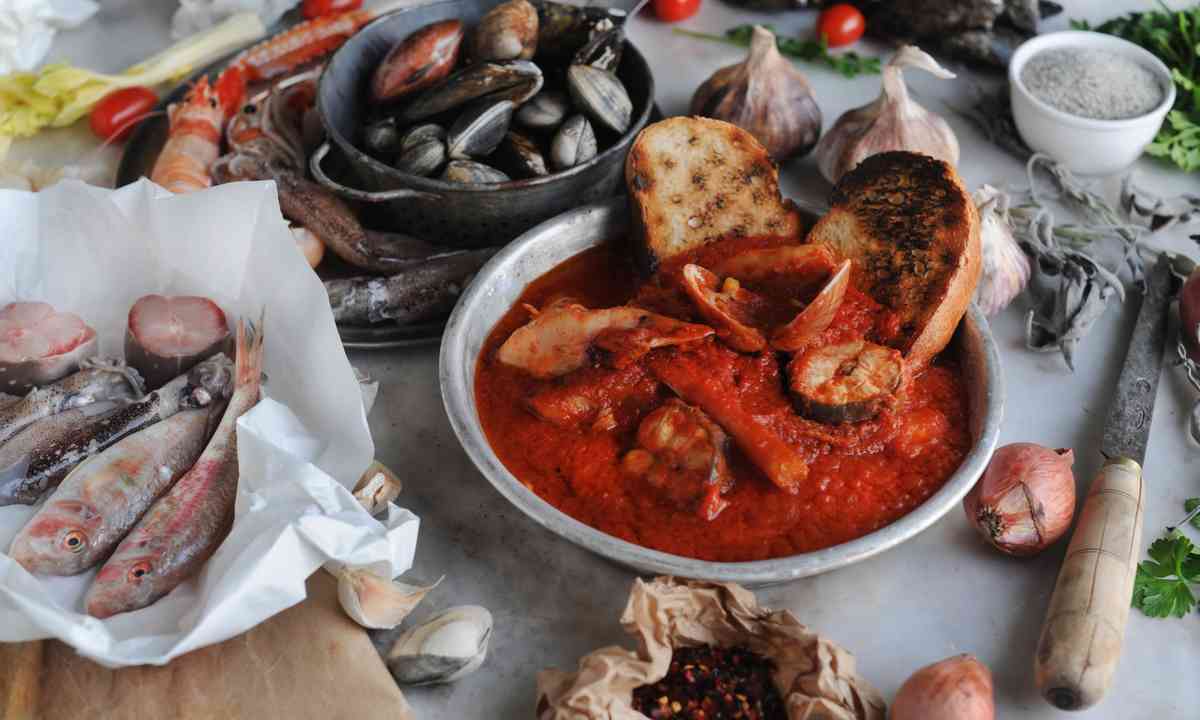 While many of Italy’s old central markets have been turned into glorified food halls – the one in Florence springs immediately to mind – Livorno’s Mercado Centrale still operates as it always has: providing the good people of Livorno with super fresh produce at the best possible prices.

Designed by Angiolo Badolini in the late 19th century, this imposing building sits beside the main canal on Scali Safi. It was here that the city’s signature dish, cacciucco, was born. Any scraps of fish left at the end of the day were turned into a stew, served on a bed of garlic toast. The dish is still popular today and can be sampled at Cantina Senese, where you can also pick up an ‘Enjoy Cacciucco.’ T-shirt, that mimics the famous ‘Enjoy Coca Cola’ slogan. 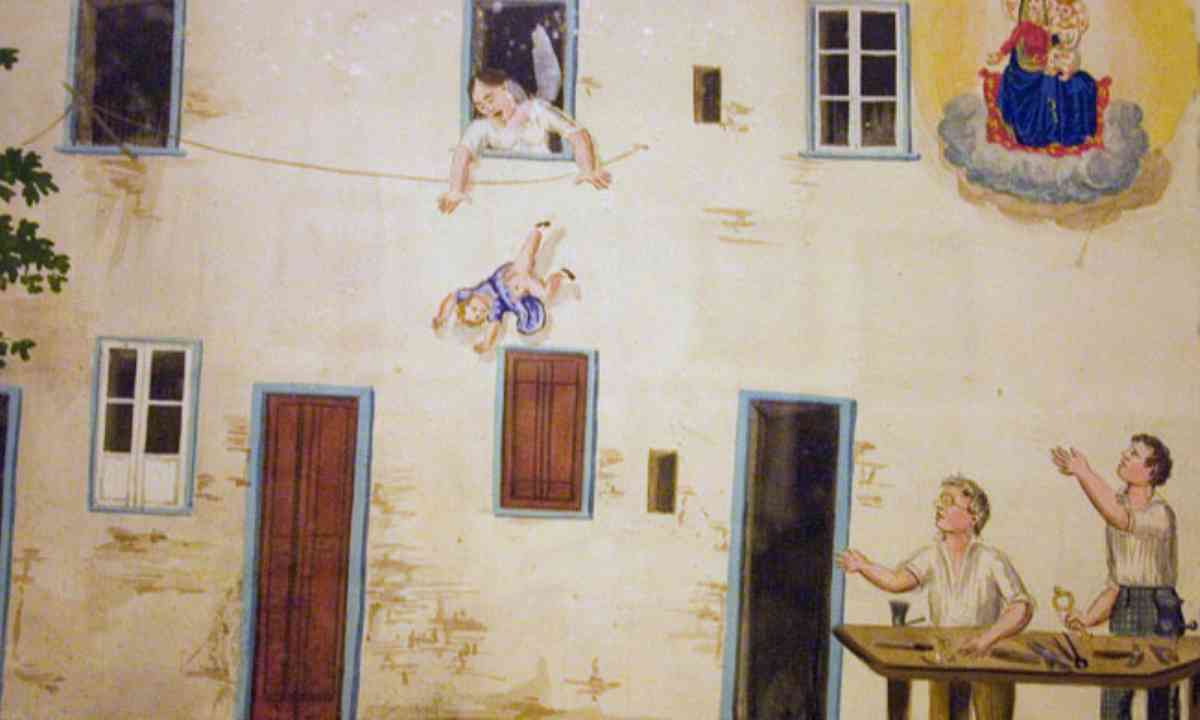 Set high in the hills south of the city, this religious complex is a popular pilgrim site after a sacred image of the Madonna di Montenero was brought here by a shepherd in the 14th century.

The views back over Livorno are spectacular, and the ride up on the funicular is fun. But the real highlight of any visit to the sanctuary is the gallery of votive paintings to the side of the chapel.

The chapel houses paintings commissioned over the centuries by people as thanks to Mary of Montenero for saving them from life-threatening situations. It is a fascinating illustration of near-death experience throughout the history of Livorno, from domestic accidents and violent vendettas to car accidents, each captured in a distinctive folk art style. 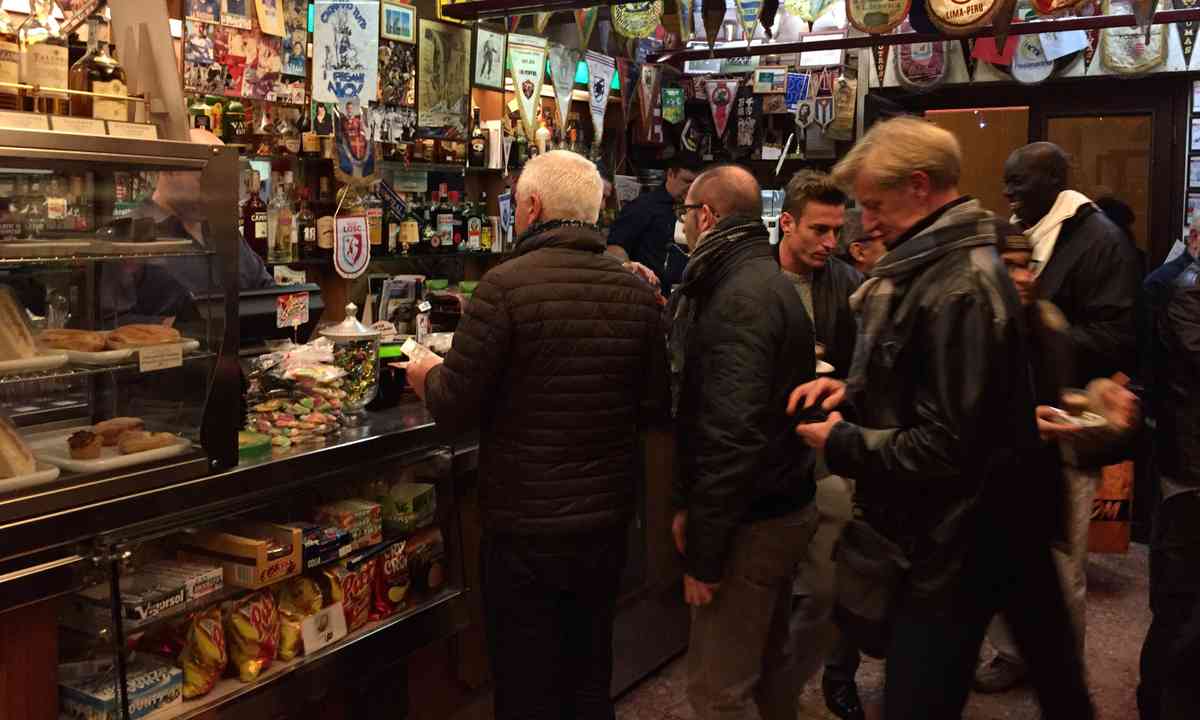 Lining up for coffee and rum at Bar Civili

Tucked away on a side street near the train station, Bar Civili is a Livorno institution and the spiritual home of ponce, a coffee and rum concoction that has become the city’s signature drink. Created after a batch of Antilles rum was abandoned on the docks by English tax dodgers, an authentic ponce always has a piece of lemon skin floating in it – a ‘sailor’ according to the Livornese.

It's closely aligned to the local football club, Livorno, recently declared one of the world’s six most ‘hipster’ football clubs by the Guardian. You won’t find too many lumberjack beards amongst the Livornese ultras, but the club’s left-leaning politics make for a lively atmosphere at the ramshackle Armando Picchu stadium should the team be playing when you’re in town. 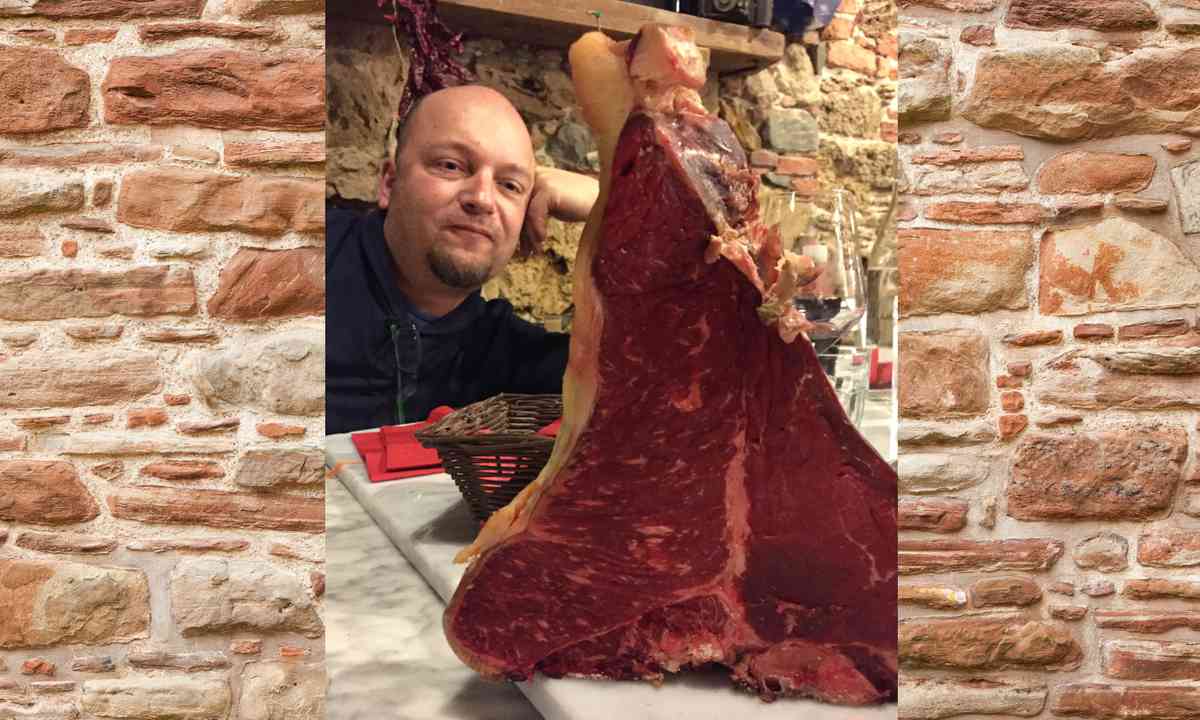 In a country famed for its pasta – and a city equally well-known for its seafood – it seems counter intuitive to be recommending a restaurant that specializes in meat, but In Carne is worth seeking out. Set in an old, rustic warehouse, choose a slab of meat from an old fashioned butcher’s counter, where a butcher prepares it and sends it to the chef.

Even if you choose one of the lighter options like 'The Elephant’s Ear' – a T-bone steak pounded thin and stretched until it’s roughly the size of said pachyderm’s ear – you’ll probably need to pop across the road to La Bodeguita, a tiny cavern bar set beside the canal, for a settling Campari or two. 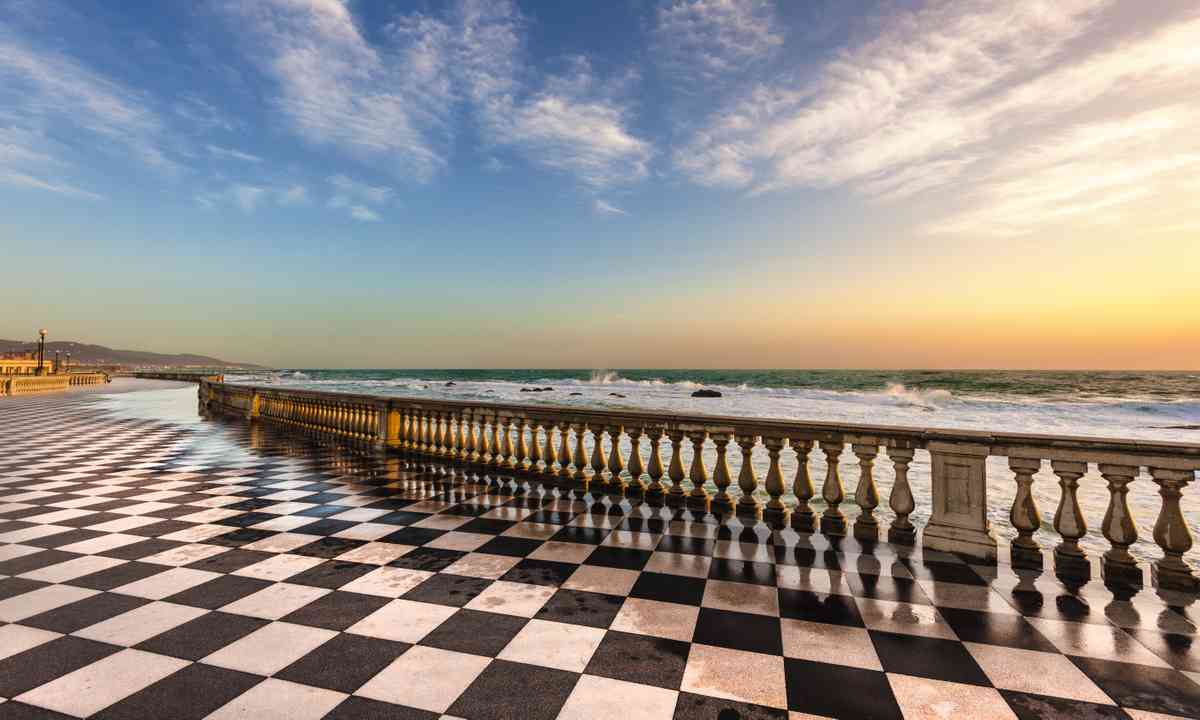 The sea front along Viale Italia near Terrazza Mascagni has been totally transformed in the past decade. The walkway has been tarted up with chequer-board tiles and a gaggle of cool restaurants and bars nestle amongst the trees. In summer, the road is lined with a ribbon of motor scooters, parked side by side, their riders sipping aperitivos in whichever bar is deemed the coolest that week.

If you continue to walk south towards the seawater pools you’ll find the neighbourhood of San Jacopo, where a handful of artisan food shops and cool restaurants like Vizi e Virtu have popped up. If you’re lucky, master Vespa restorer Marco Quaretta will be in his workshop on Via Luigi del Moro, and will let you look around his collection of immaculately-restored Vespas and extensive horde of Vespa memorabilia.