13 yellow places around the world that will brighten your day

Bright, sunny and exuding a warm, cosy glow, these golden destinations are guaranteed to bring a little sunshine into your life... 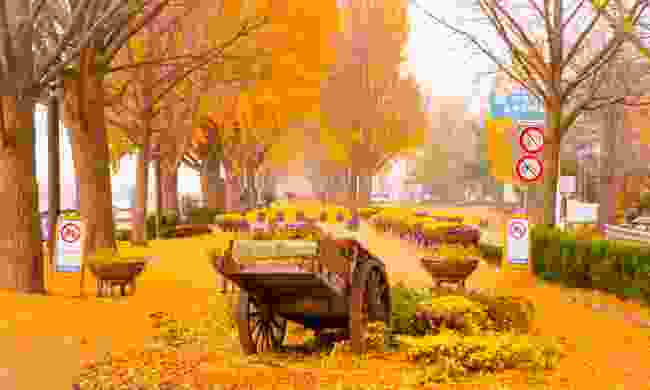 The South Korean town of Asan is famous for two things: its hot springs and an avenue of ginkgo trees that turn an incredible shade of yellow every autumn.

The avenue runs alongside the Gokgyo River, stretching for two kilometres, and every year presents visitors and locals with a canopy of gold and a carpet of yellow leaves. It’s one of South Korea’s most iconic sights. 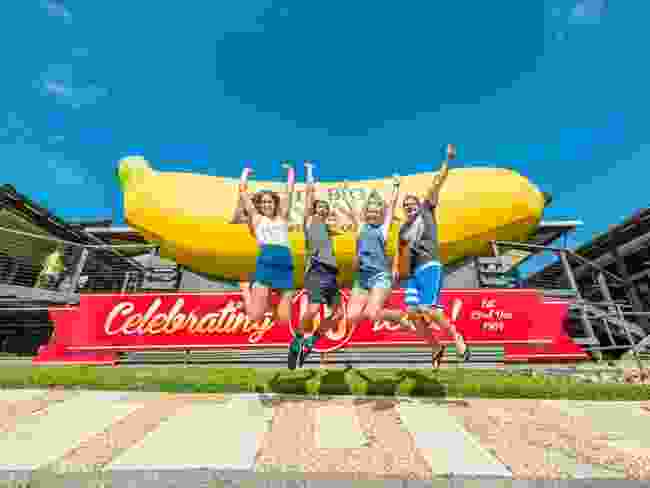 Very big and very yellow, the Big Banana in Coffee Harbour is Australia’s original – and most iconic – ‘big thing’.

Set on a banana plantation, the 13m long fibreglass banana has been a popular roadside attraction since 1964, receiving over 150,000 visitors every year. 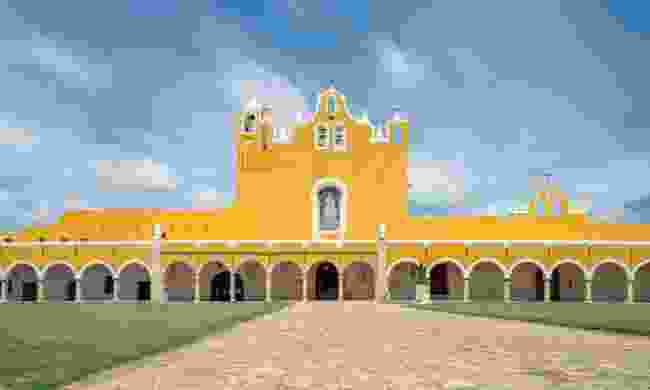 The pretty colonial town of Izamal in Yucatán is known throughout Mexico as the ‘Yellow City’. Most of its buildings are painted yellow and there are a number of theories why.

One dates back to 1,000 BC, when the town was a pilgrimage site dedicated to the sun god, Kinich Kakmó. Another says it was to impress Pope John Paul II when he dropped by in 1993. Whatever the reason, the effect is striking. 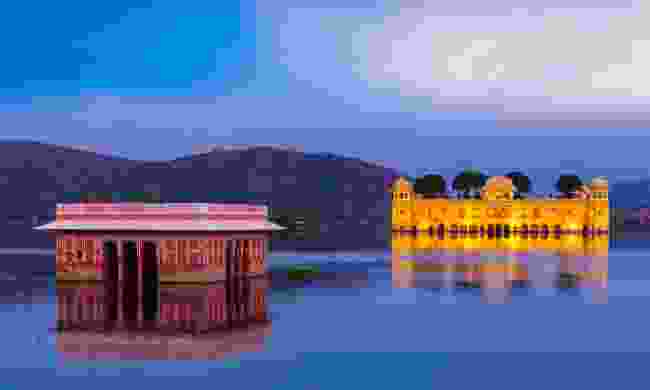 The Jal Mahal - or ‘Water Palace’ - in Jaipur was built in the middle of a man-made lake in the 18th century to serve as a duck hunting lodge for the maharajas.

It has had a long and neglectful history, but recent renovations have restored it to its imperial glory. Glimmering at night, in the middle of Man Sagar Lake, it is one of India’s most extraordinary sights. 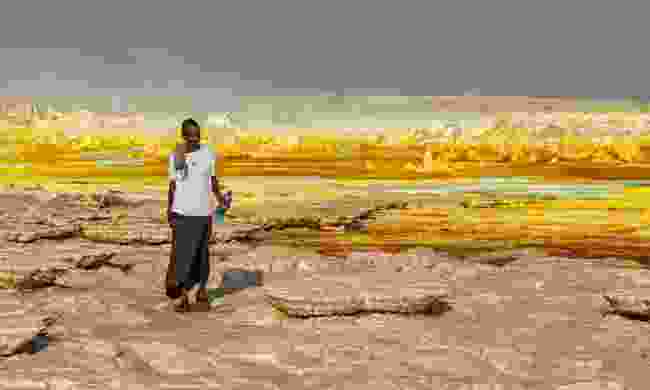 A sulphur lake in Dallol (Shutterstock)

Dallol is both the hottest place on earth and one of the most yellow. This active cinder cone volcano in Ethiopia’s Danakil desert is pocked with hot springs and bubbling acid lakes and a sulphuric crust of vibrant yellow.

Uninhabited and unforgiving, Dallol has nevertheless become an unlikely tourist attraction, with visitors organising 4WD safaris from Mek'ele, 122km away. 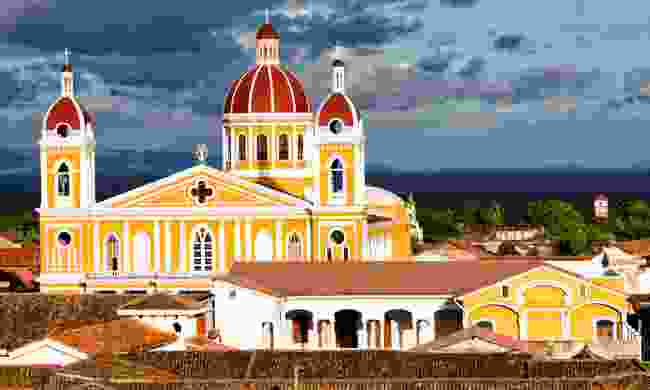 The cathedral in Granada (Shutterstock)

Our Lady of the Assumption Cathedral in Granada is one of the most striking sights in Nicaragua.

Built in 1583, destroyed in the 19th century, and rebuilt again in the early 20th century, the bright yellow and white neoclassical cathedral can be spotted from all parts of the city. 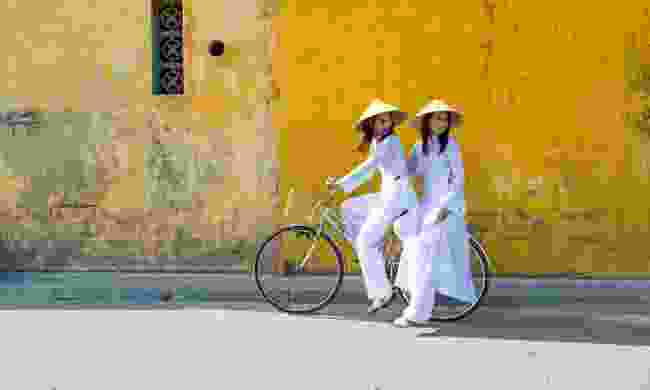 Girls on a bike in Hoi An (Shutterstock)

The only town to escape the Vietnam War unscathed, Hoi An is known as Vietnam’s ‘Yellow City’. Buildings throughout the city are painted yellow, giving the city a welcoming and golden hue.

Some say the buildings were painted yellow to keep them cool in the tropical heat. Others say that it is because the colour symbolises ‘superiority’ in Vietnamese culture.

It also looks good on Instagram. Perhaps that’s why Cua Bac Church was recently painted yellow. It had been grey for centuries. 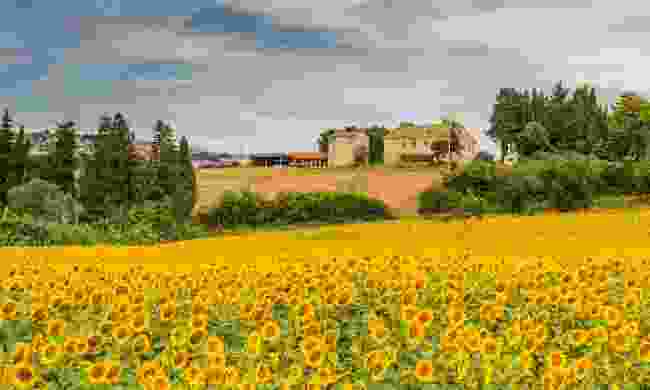 Provence in France has its fields of lavender. Tuscany has its sunflowers. Every summer, between the vineyards, and surrounding ancient stone towns, vast field of giant yellow flowers turn their head towards the warm Italian sun, adding a splash of colour to this already beautiful part of the world.

Head to Monteriggioni, a tiny walled city near Siena, for a perfectly constructed vista of sunflowers and stone. 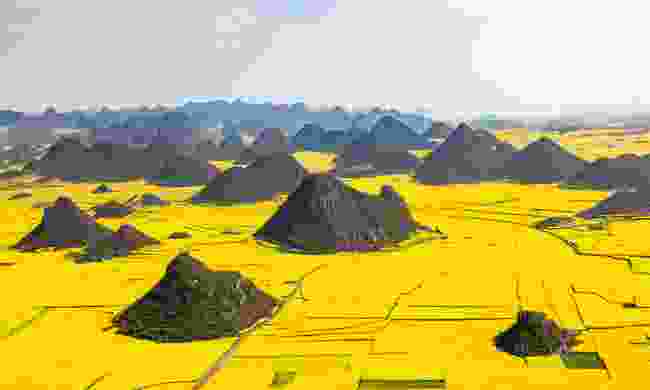 Every spring, the fields around the limestone karsts of Luoping in China’s Yunnan province are turned into a sea of bright yellow as the vast crops of rapeseed bloom.

Set amongst the dark rock mountains, it is a truly spectacular sight, with photographers flocking from around the world to get a shot. It is the best time to buy Luoping’s famous honey too, a sweet souvenir of your visit. 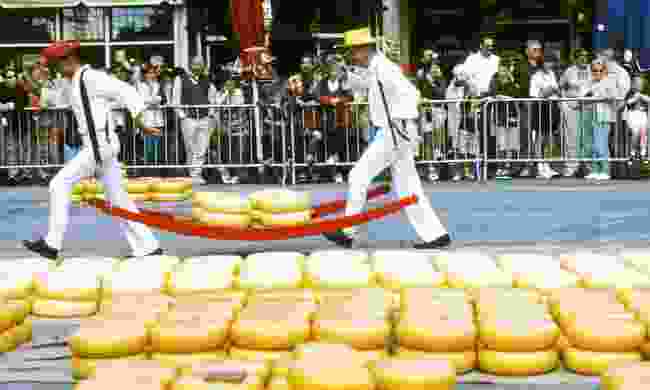 Every Friday from March to September, the main square in the Dutch city of Alkmaar is transformed into a huge outdoor cheese market.

Row after row of yellow Gouda cheese wheels are stacked high, waiting for the traditional cheese carriers to take them into the market hall to be weighed and sold. By design or luck, the train that will whisk you from Amsterdam to Alkmaar is cheese yellow, too. 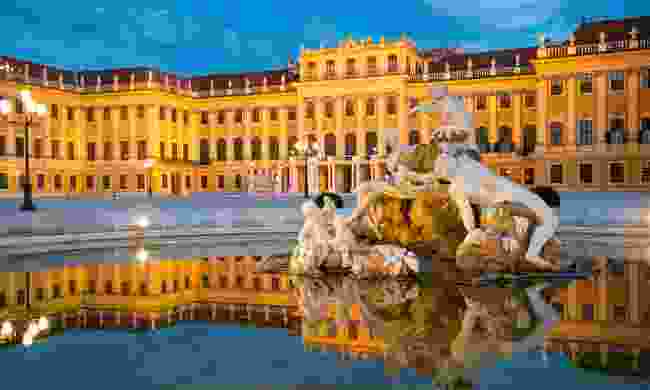 The Schönbrunn Palace started life as a modest hunting lodge, but as the power of the Hapsburg’s grew so did it. By the mid 18th century, it had been transformed into 1,441 rooms of bright yellow baroque palace, surrounded by equally elegant gardens.

While yellow was the traditional colour chosen for baroque buildings in Vienna, the shade chosen for the palace was distinctive enough to get its own name: Schönbrunn Yellow. 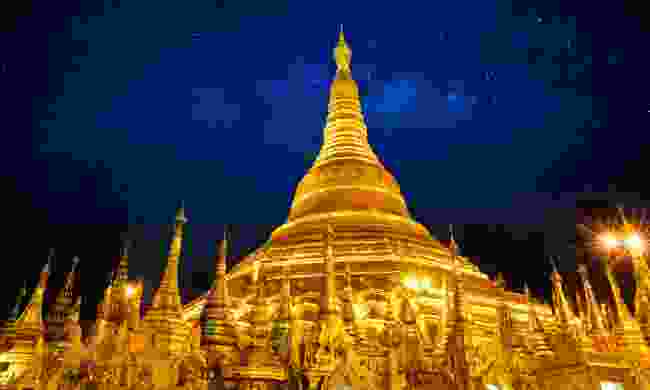 Yangon’s breathtaking Shwedagon Pagoda is said to be the oldest in the world, dating back 2,500 years. It certainly the most dazzling, with its 110m high dome gilded in gold and encrusted with with 4,531 diamonds, the largest measuring 72 carats.

Visit in the morning, as staff sweep the marble paths and worshippers pray, the glint of the sun’s morning rays adding to Shwedagon’s golden glow. 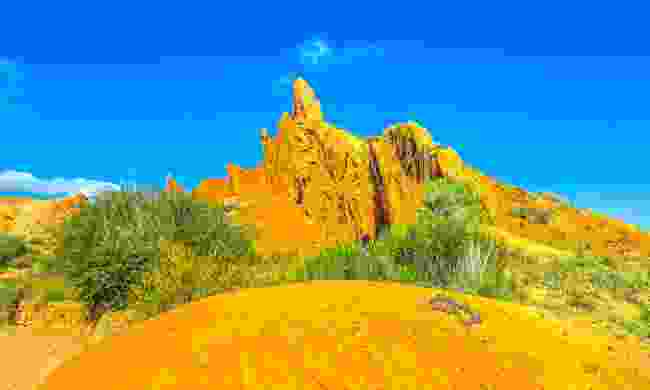 Located on the southern shores of Lake Issyk-Kul in Kyrgyzstan, the Skazka Canyon was called the Fairy Tale Canyon during Soviet times.

It's no surprise, given its otherworldly colours and the strange, twisted formations, carved by the elements over the millennia.

Skazka Canyon is tricky to get to, yes, but ultimately well worth the effort. Note that the colours are most striking under the midday sun.

Where to find the world’s most beautiful doors