The Cagols arrive in the coastal town of Kynsna and decide to take a township tour. It’s an experience that proves a real eye-opener – for them and their children.

Located along South Africa’s fabled Garden Route, Kynsna is one of the prettiest and most affluent places in South Africa. But like all places in South Africa, it had a township on its periphery. We decided to our children, all under 10, on an organised tour to show them that not everyone was lucky enough to enjoy the lifestyle of those on the coast.

Townships sprung up on the edges of towns and cities to house non-white residents during the time of apartheid. Most were places of hardship, appalling conditions and terrible social problems. 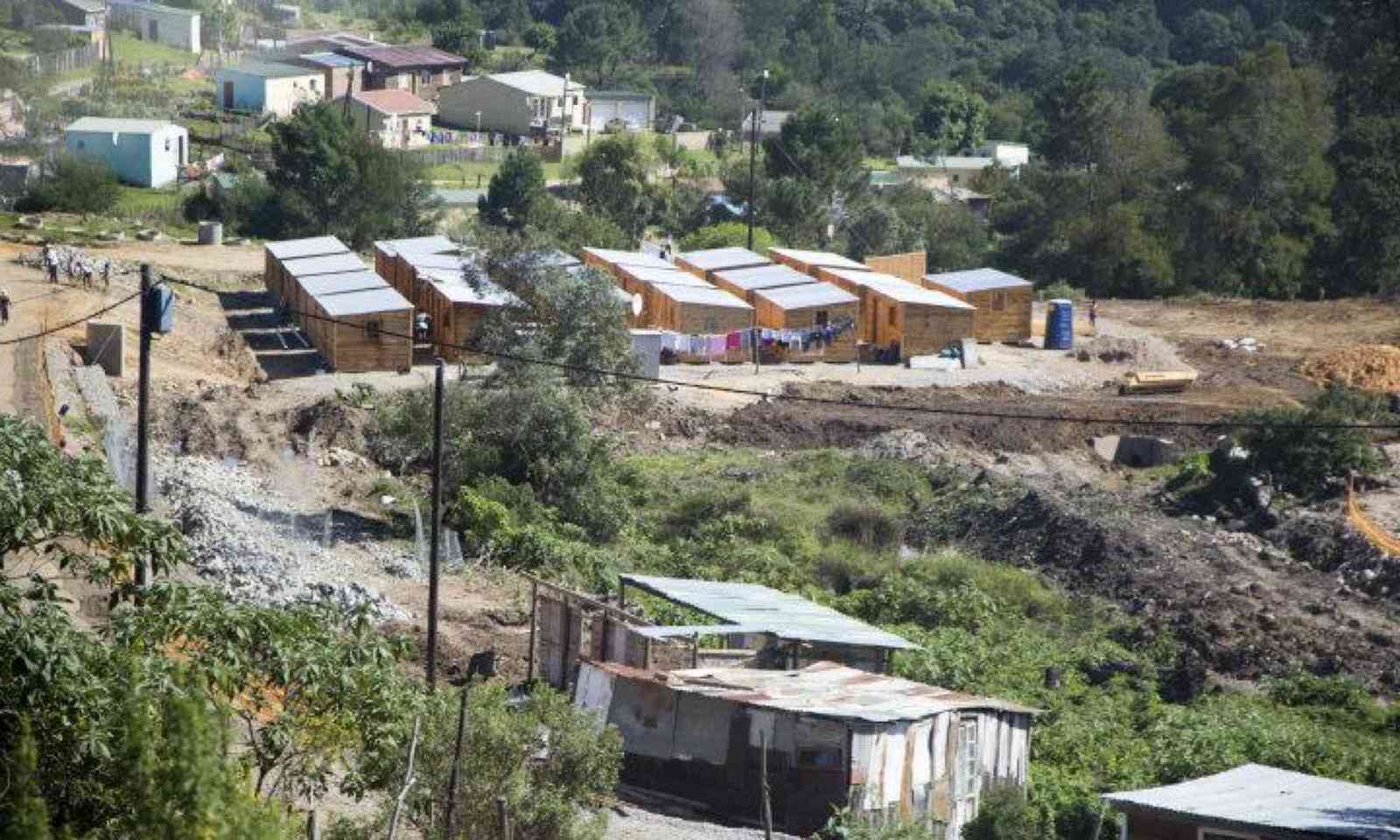 When Nelson Mandela became president he instituted a policy to build houses throughout the townships for those earning less than 4,000 rand per month. It’s a policy that has had mixed results, but in Kynsna it achieved some success, building new houses and providing jobs for the community.

The township tour was operated by Ella and Penny, an energetic, selfless duo who met in church and set up a non-profit organisation that runs five safe houses for vulnerable children and adults in the township community. 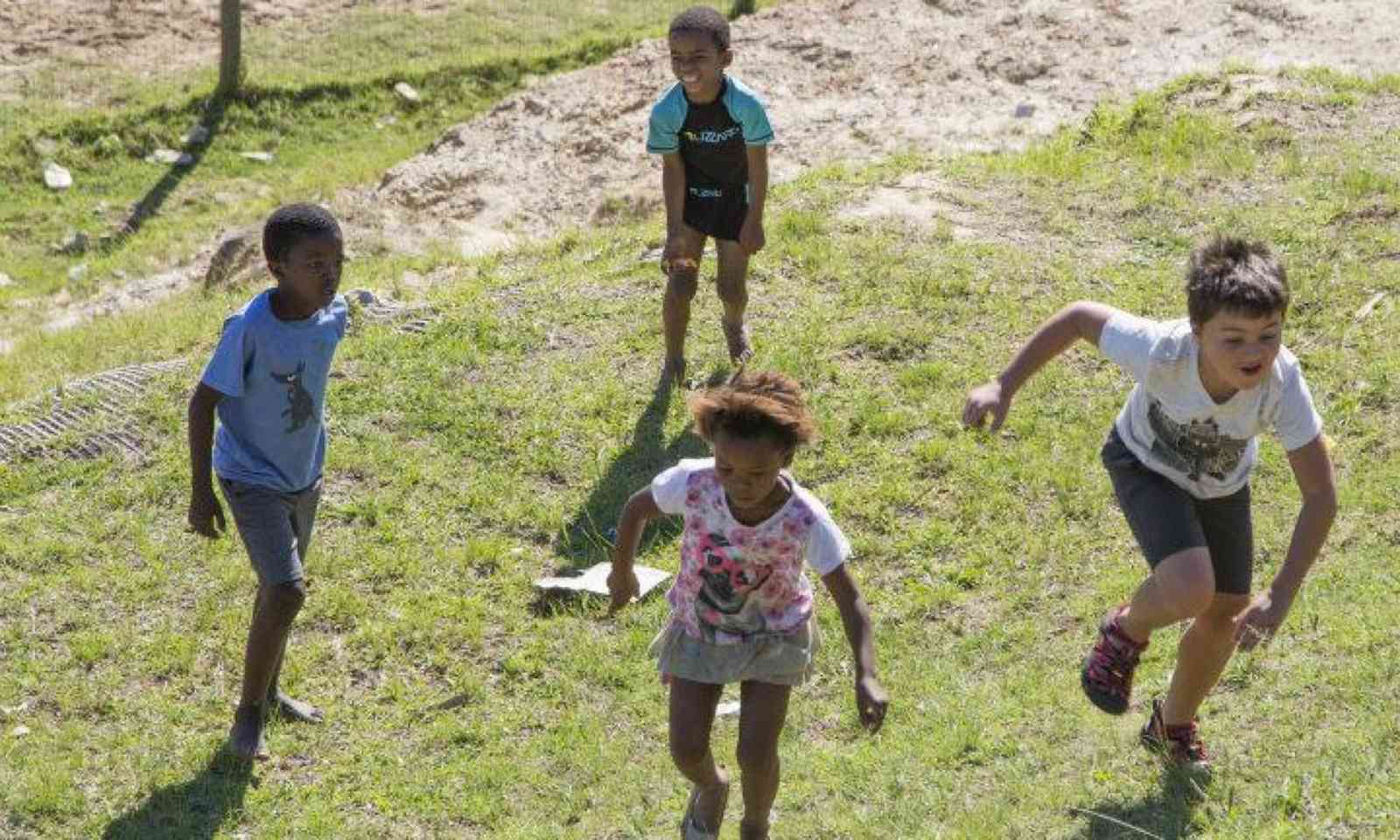 Our first stop in the minibus was at the side of a road and it immediately became apparent just how different doing this tour with children would prove to be. A bunch of local kids were playing so our kids got out and offered them some of their sweets. Luca, our youngest, decided to slip down the hill on his backside to give a sweet to a boy at the bottom. This immediately led to an impromptu bottom-sliding competition on little bits of cardboard and great laughs for all.

Next, we dropped by the local ‘shopping centre’, a collection of shipping containers where locals run their businesses. We were really impressed by the shoe shop; the owner’s craftsmanship was amazing and he had a real passion for his business. Unfortunately Edwina's feet were too big for the ones she liked! We continued on, pulling over the van whenever Penny spotted a stray dog, and dolling out treats from a big bag of dog food she kept up front with her. 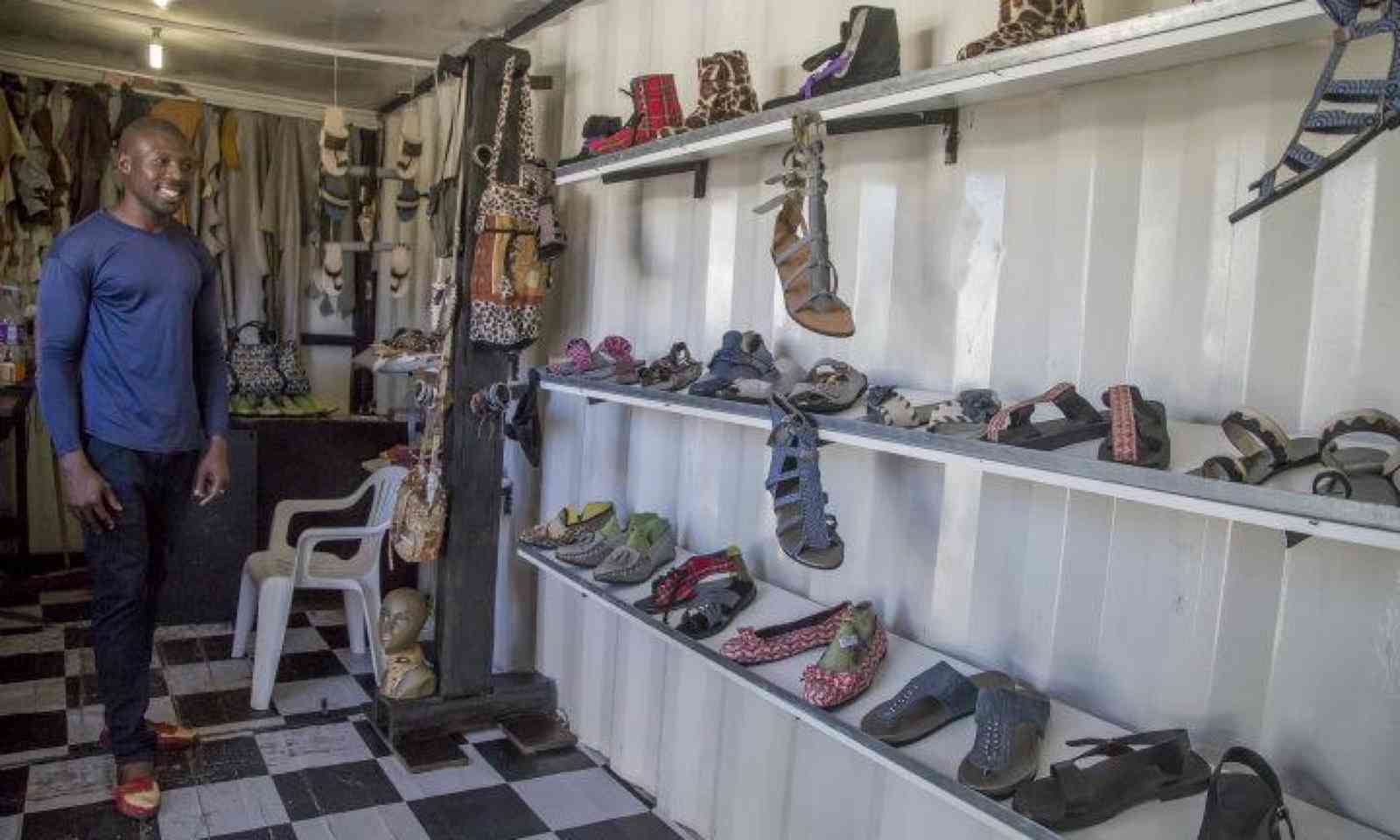 At the local library, a fantastic government-run facility loved by all the community, our children learned about schooling in the township. There are six primary and two secondary schools. Children start at the age of five and finish at 19, and free meals are provided. Books and pens are expensive though, so Penny gave our children some to hand out to the local kids studying at the library.

Our next stop was a real eye-opener. Ella is a foster mother to 15 children, one of whom was coming to stay at her house. The girl's name was Grace and she is eight years old, cannot walk and does not attend school. She hardly talks and is neglected by those who are meant to care for her. Grace has the most beautiful smile, though, and her eyes really light up. Our children took to her immediately. 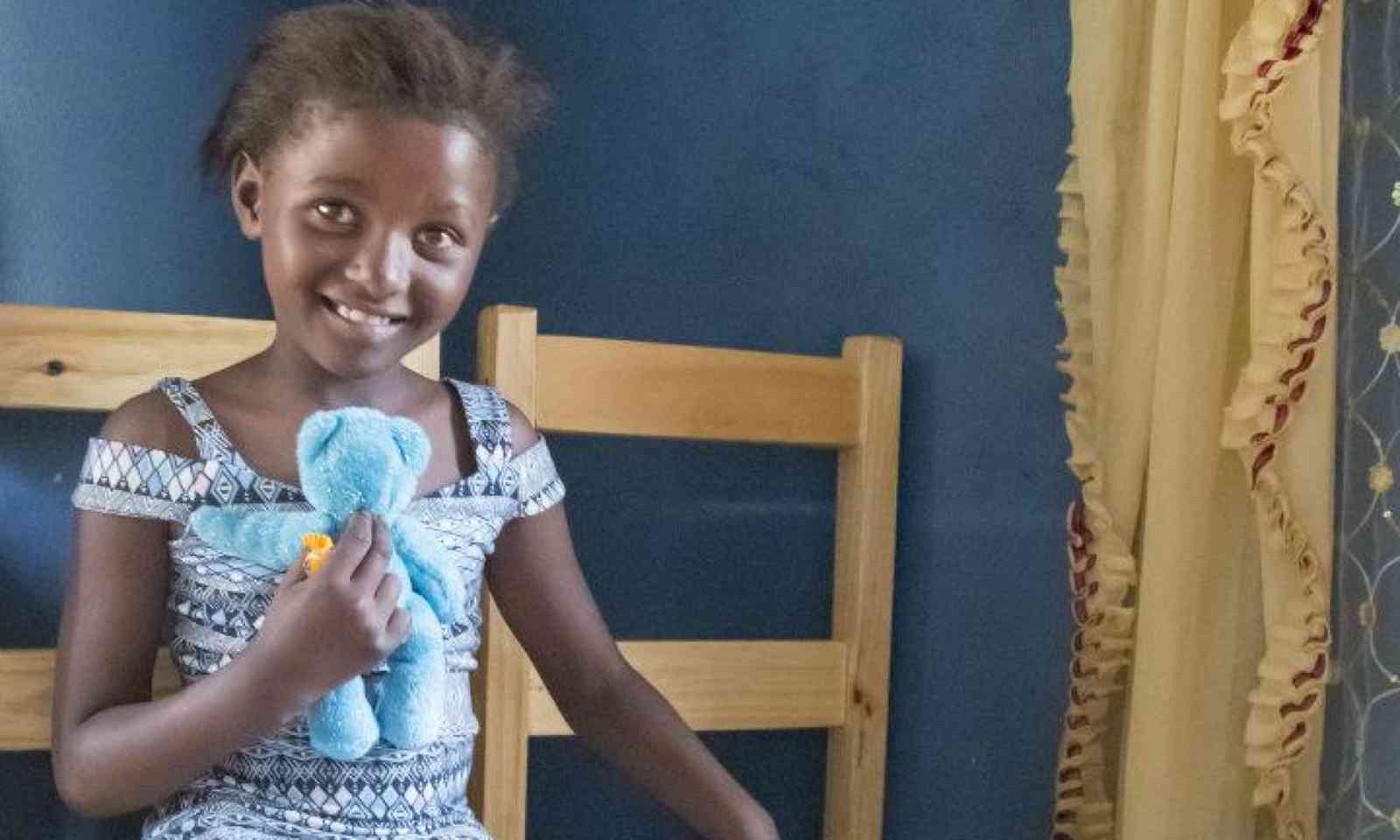 Ella had approached Grace’s family about a month before, asking if they would like some assistance. They had very little money and had left Grace to fend for herself. Ella has been slowly building a relationship with them, taking Grace to her home a few days a week. Grace has begun interacting with other children and developing her speech, social skills and trying to walk.

We spent the next hour at Ella's house in the township. Our kids immediately fell in with the local kids, playing drums and learning some local songs. Seeing Ella's home, hearing her stories and meeting the other children in her care, we felt nothing but admiration for her and the work she is doing. 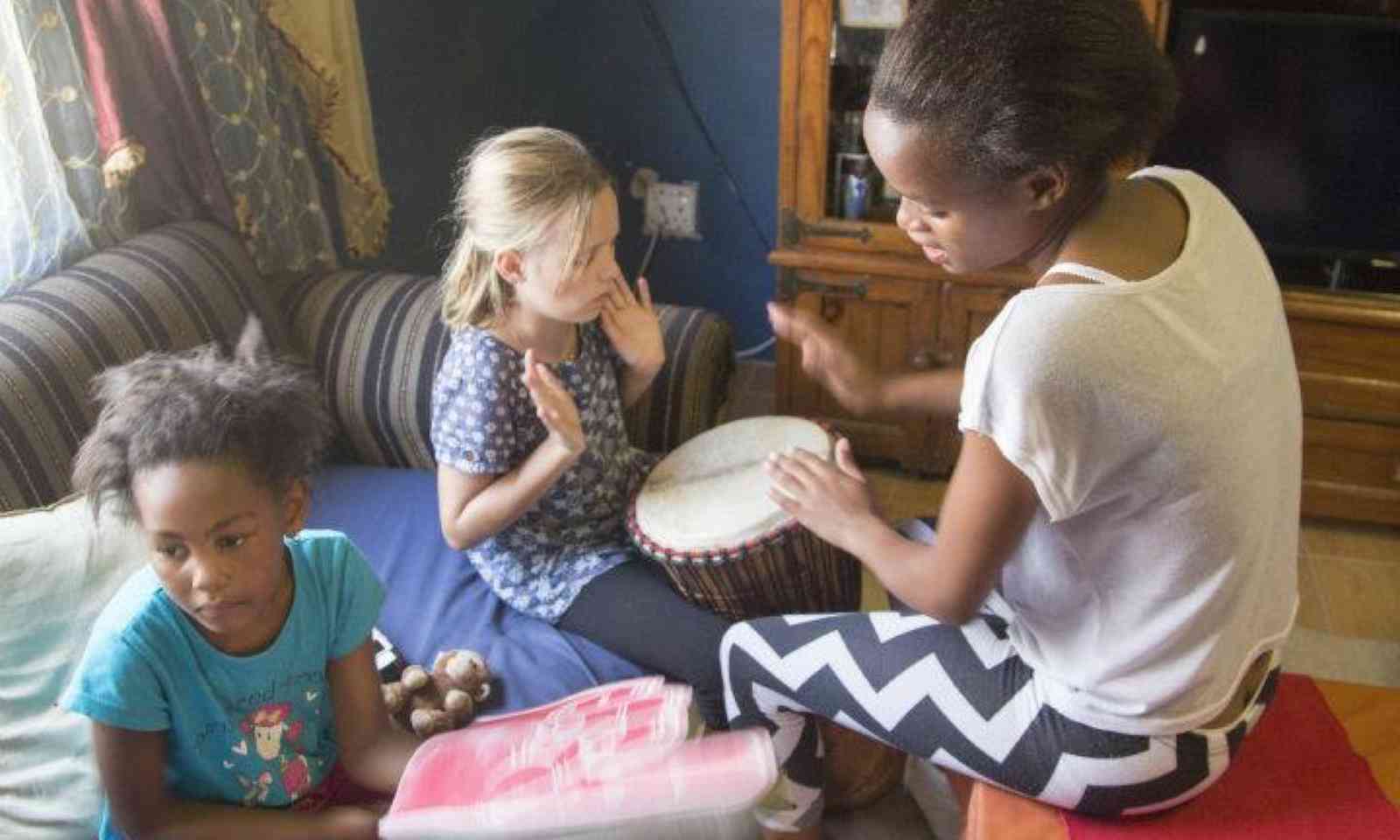 So, how did our kids feel about this experience? Well, they thoroughly enjoyed being with other children. When they are playing, children don’t see any difference in circumstances. But that’s not to say they didn’t take in what they had seen. They reflected on the poverty. And wondered why Grace had been neglected. They realised too that children in Africa, India and Indonesia have a harder life than those in the West.

In the long term, who knows? Hopefully this experience will make them more empathetic, understanding and caring adults.

How to kick start a family adventure