From Porto to Canberra, these incredible cities are all but ignored by travellers. Discover their highlights and why the world's top travel bloggers recommend you visit them... 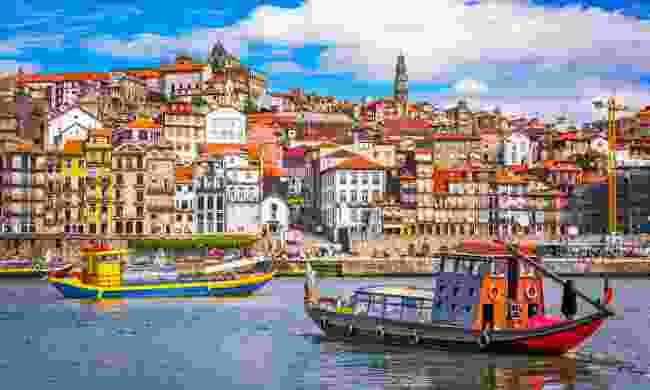 Often outshined by nearby Lisbon, Porto can be thought of as the Portuguese capital’s scruffier little brother. However, On closer inspection, though, there is a unique culture in Porto that you can’t find anywhere else in Portugal.

The city struggled immensely under the recent economic crisis, but is coming back bigger and better than ever, with young, fresh, and passionate people leading the charge.

Porto’s multi-coloured Ribeira district, located in the city centre on the banks of the Douro River, is one of the city’s most beautiful highlights. But the nearby beaches, the many art galleries, including the unmissable Museu Serralves, in particular, and lots of little hidden bars where you can sample world-famous port wine also make Porto easy to love. 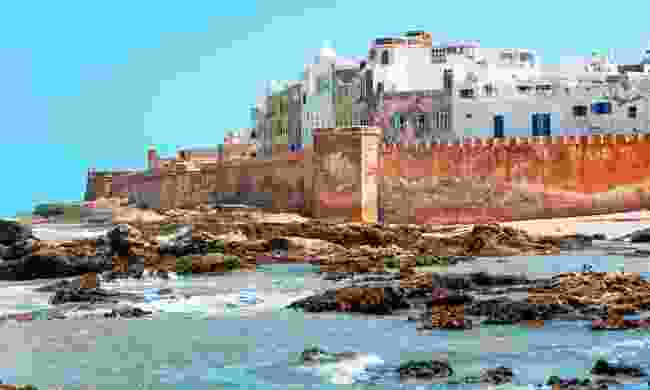 In Morocco, most people head to intense Marrakech and historical Fez. Essaouira is usually the last option, a destination that some travellers have heard about, but rarely take time to explore, which is a shame, as Essaouira is a gem on the Moroccan coast, a city full of history, nature and a laidback atmosphere that is contagious.

The majority of travellers who do head this way come for two mains reasons: kite-surfing and Games of Throne. The walled city of Essaouira was used as set for Game Of Thrones Season Three. But its fame dates back to 1969 when Jimi Hendrix visited the city for summer holidays. Even with those kind of ‘big’ events are in town, Essaouira remains tranquil, with streets that are filled with smiles and the delicious aroma of Moroccan food.

Essaouira has a long beach, strong winds, an 18th-century walled city in the background, camels hanging out by the beach, surfers catching big waves and coloured kites flying in the sky. I know it sounds strange to put all these elements together in a tiny Moroccan city, but they do co-exist and in incredible harmony.

Essaouira is the perfect place to enjoy Moroccan culture without the hassle and haggling of other cities. It’s a place to unwind, while drinking a sweet mint tea, watching the surfers and camels passing by. 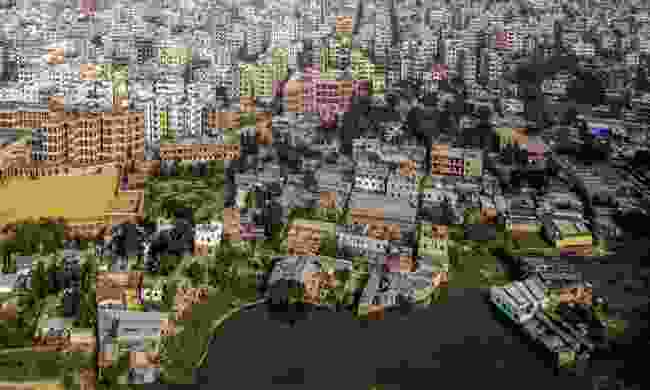 Dhaka is the most underrated capital city in the whole of Asia. It also feels like the least touristy destination on the planet.

Known as the ‘City of Mosques,’ Dhaka is located near the Ganges Delta. Its beautiful landscapes comprise mostly of tropical vegetation along the Buriganga River.

Visiting Dhaka is not difficult and there are some interesting sightseeing points, including religious buildings, historical monuments, markets, and the famous Sadarghat Port, all of which are excellent places to get an insight of this hectic city.

Walking through Dhaka is a unique experience where you can interact with the friendly Bangladeshi people. 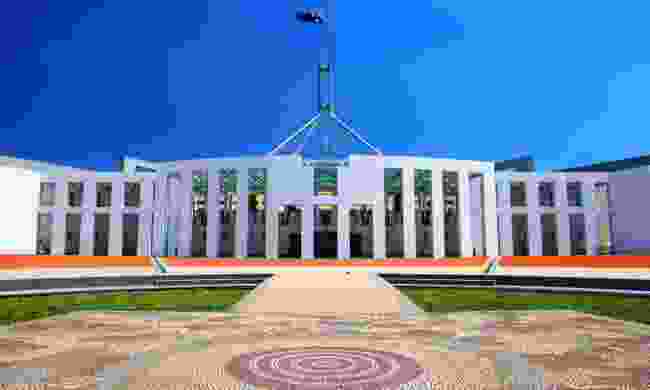 Canberra is often overlooked by visitors to Australia. It doesn't have beautiful beaches, or, indeed, any beaches and there's no cool graffiti art scene or a fancy Opera House. But it's still an incredibly interesting place with lots to see and do.

In Canberra, you can easily get right to the top of government. You can walk on the roof of Parliament House for awesome views of Canberra (and to brag that you are top of the Australian government).

There's a great food scene with cool cafes and delicious restaurants. We recommend Cantina for sangria and tasty tacos.

There are also some cool museums, our favourite being the National Portrait Gallery.

Canberrans are also kind, helpful and proud of their cool city. 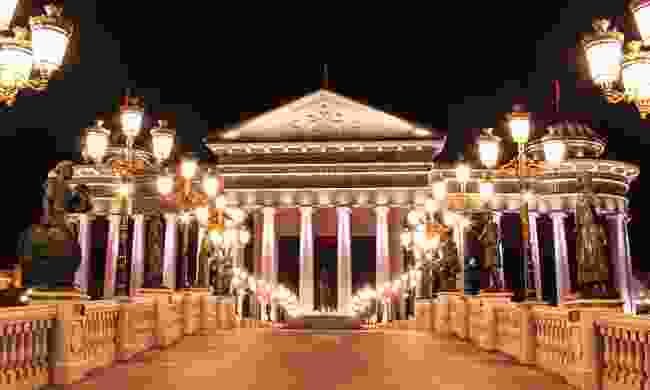 Macedonia is a small but beautiful and diverse country that’s also one of the cheapest and best value destinations in Europe. But it usually gets overlooked by travellers.

The capital, Skopje, must be one of the most under-rated destinations in Europe.

This quirky, fun, unpretentious and multicultural city has undergone a unique transformation in recent years as huge civic buildings and hundreds of huge, quirky and kitsch bronze statues have been built as part of Project 2014, a controversial attempt to attract more tourism and increase patriotism and national identity.

This has made Skopje a fun, interesting city to explore, with brand new, neo-classical architecture that wouldn't look out of place in Athens or Rome, historic Ottoman-era mosques and Albanian-influenced bazaars, a Parisian style 'Arc De Triomph’, red London-style double decker buses that ply the streets, a huge 66 metre-high cross on top of a hill that is Macedonia's version of Rio's Christ the Redeemer, and even a London Eye-esque Skopje Eye in the pipeline. 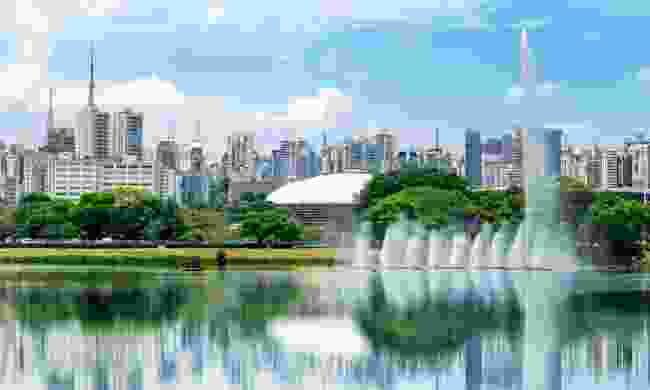 São Paulo often gets overlooked for travellers to Brazil, but the fact is that the country's largest city is also its most vibrant.

Like most great cities in the world, it boasts an eclectic mix of different neighbourhoods with different cultures and vibes, giving visitors lots of places to explore.

On top of that, the city is home to some of this city's most respected restaurants, and you can spend every mealtime having a world class experience. Add to that the city's vibrant art scene, metropolitan population, and year-round activities and offerings, and São Paulo should easily be on any visitor's list of places to visit in Brazil. 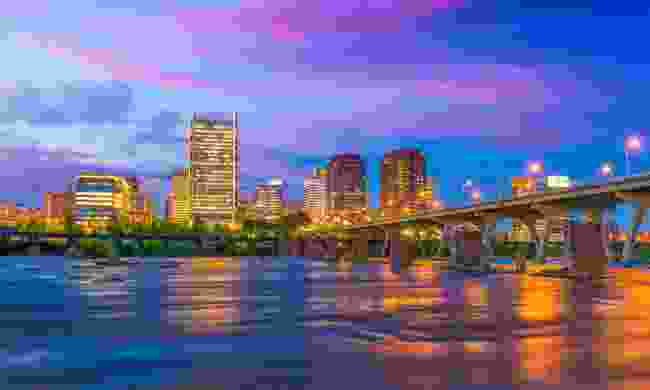 Richmond, the capital of Virginia, is a great small city with lots of street art, fine restaurants and lots of options for entertainment. From the empty streets and the dark corners that inspired some of the tales of Edgar Allan Poe, who lived here, to the colourful, hipster areas with alternative bookstores, vintage stores and museums, Richmond is both young and old.

Even when the architecture is a reminder of the historical past of slavery and war, Richmond is diverse and celebrates its mixed population with pride, including LGBT families, migrants and thousands of students and young people from the United States and abroad.

That’s without even mentioning that Richmond is one of America's most tattooed cities, with 14.5 tattoo shops per 100,000 people. 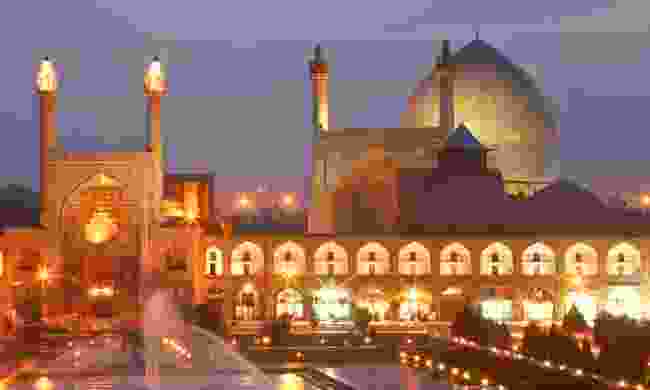 Will Hatton – The Broke Backpacker

Isfahan in Iran is probably only underrated because Iran still doesn’t have that many tourists at the moment. It’s just absolutely stunning from an architectural point of view.

It’s one of the best places in the world to view traditional Islamic architecture. There are a lot of mosques, covered head to toe in gilded, painted glass, so when you go in it’s a bit like being in a multi-coloured mirror. There are lots of beautiful buildings and traditional markets scattered about the place.

You’ll also see and taste lots of meat. You can get a lamb kebab just about everywhere.

Isfahan is also famous for its biryani, a traditional rice dish. It’s one of the best place in Iran for that.

I think a mass influx of people trying to check out Iran before it changes is quite likely.