Market forces: the world’s most colourful and exotic markets

From the oldest farmer’s market in the US to ancient bazaars, straight out of the Arabian Nights, these markets are full of life, colour and tasty treats. You might even pick up a bargain or two as well 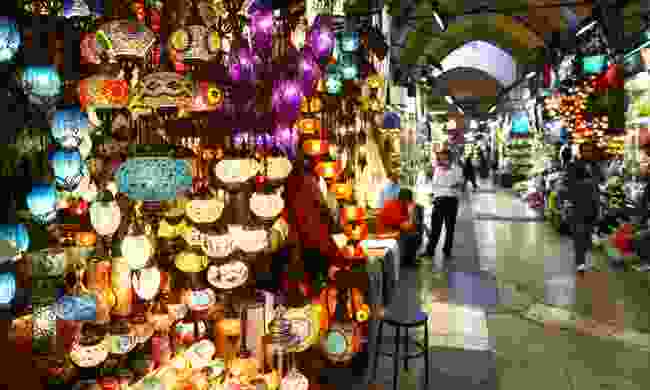 Istanbul’s Grand Bazaar is the eastern market of everyone’s imagination. Narrow passageways are crammed with all kinds of exotic jewellery, carpets, brassware, leather goods, hookahs, ceramics and pottery and the imploring cries of the hawkers echo under the ancient vaulted roof. Be careful when you step back – there is always someone with a cart scooting past, taking merchandise to some hidden corner within this crazy labyrinth.

The bazaar dates back to1520 and covers an area of over 60 streets. It is home to a mosque, 21 inns, two vaulted bazaars, seven fountains and 18 gates. And a bargain-priced leather jacket you simply must have. 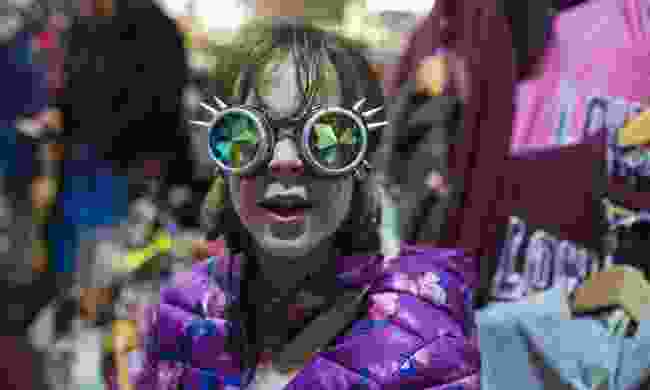 Colourful, grubby and in-your-face, Camden Market is London’s punk spirit in market form. If you’re looking for a new pair of Docs, weed-flavoured lollypops or a knock-off Kanken, this is the place to go.

The market is also a great place to people watch. Pick a spot near the lock and watch the world go by, from punks, chavs and grannies to gangs of wide-eyed Spanish school groups. The courtyard around the Amy Winehouse statue is another prime people-watching location.

The new food vans near the lock are a welcome addition, offering a tasty and delicious alternative to the KFC opposite the Tube station. 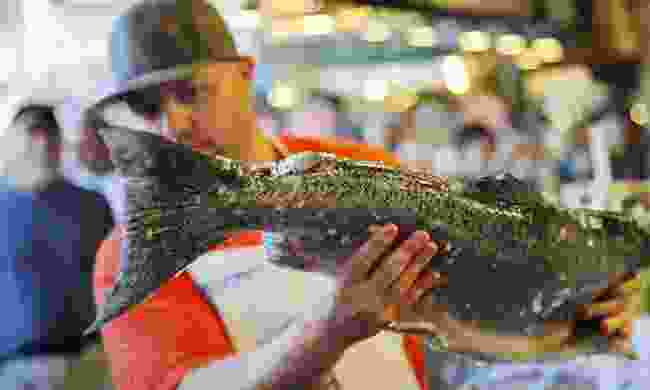 Fishmonger about to toss a salmons at Pike Place Market (Dreamstime)

Set up by eight local farmers in 1907, the Pike Place Market near Seattle’s waterfront is the oldest surviving farmers market in the USA. It remains true to its produce roots – there’s plenty of fresh fruit and veg and fisherman tossing salmon across the noisy fish market – but has expanded to include antiques, books and artisanal crafts. The award-winning Pike Brewery Company are based on the premises too.

Don’t forget to seek out the market’s quirkier corners. There’s a lovely secret garden on the rooftop of the LaSalle Building, offering views across the city and where produce is grown and donated to a local food bank. In the north corner of the market you’ll find one of the city’s first Starbucks. 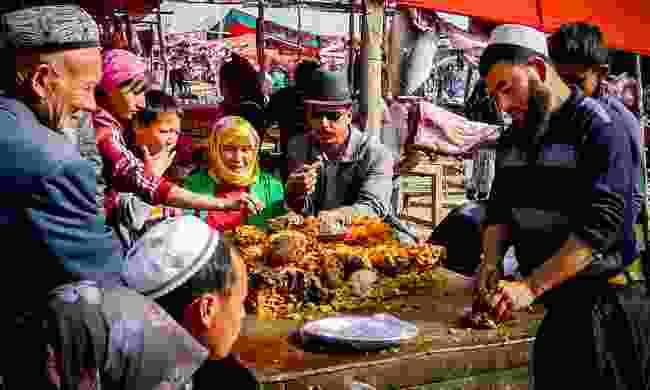 Long the beating heart of China’s wild east, Kashgar’s famous Yekshenbe Bazaar (Sunday Market) has been operating since the days of the Silk Road. Huge, chaotic and noisy, it sells anything you may need – not surprising as it’s the only market around in an area the size of Western Europe.

Recent development saw the ancient market split in two, with the livestock section moved out to Pamir Dadao, 10 kilometres out of town, and the rest of the market rehoused in a permanent structure just northeast of Dong Hu Park. But the spirit of the market remains undiminished. Explore the ‘mini’ markets that spring up in the surrounding streets for a real adventure. This is where you can sample real nomad cuisine – and pick up the 100 grams of Iranian saffron you’ve been looking for. 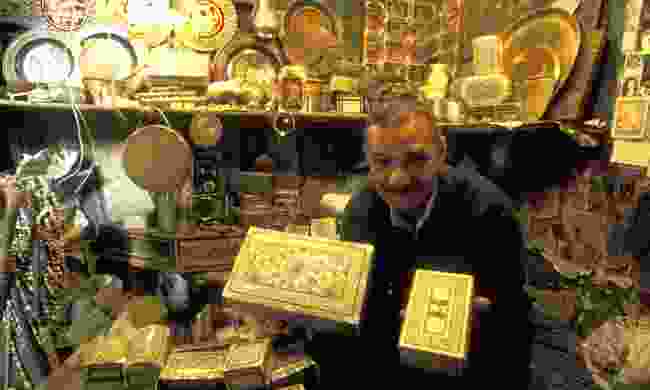 A visit to the Khan El-Khalili bazaar in the heart of Islamic Cairo is like being transported back in time to an old Arab souk. It’s a medieval maze of alleyways, where the air is thick with the scent of spices and insistent shop owners unwilling to let you pass before you peruse their wares. Haggling is essential, especially for souvenirs. Don’t be surprised if you end up with more papyrus pictures than you bargained for, and maybe a belly dancing costume or two as well.

The Khan dates back as far as 1382 and within its hidden recesses you’ll find craftsmen working as they’ve always done, pounding brass over red hot coals or stitching tents, still used by nomads. And when your shopping is done, take time to linger over a traditional cup of tea at the famous Fishawi's cafe and watch the world go by. 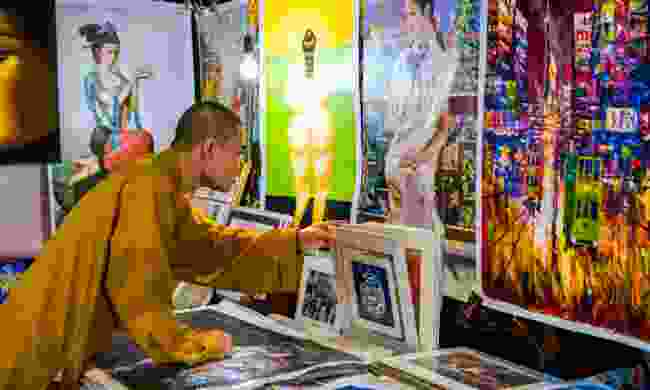 A Buddhist monk in the night market of Temple street (Dreamstime)

When night falls, there’s nowhere quite like Temple Street. Neon lights flicker, the pavement is taken over by street stalls and the tourists, locals and ne’er-do-gooders descend on one of the last areas in Hong Kong that has escaped gentrification.

Centred around the Tin Has Temple complex, the area is more than just a place to pick up cheap clothes and watches or even a trinket or two. You’ll also find fortune tellers and herbalists, and hidden up the alleys, a dubious Cantonese singing house or mahjong room. It’s Hong Kong in a nutshell and why so many film makers feature it in their films.

This being Hong Kong, it is also a terrific place to sample world class street food. Head across to Woo Sung Street, running parallel, pull up a plastic chair and tuck into the best wok-fried seafood you’ve ever tasted. 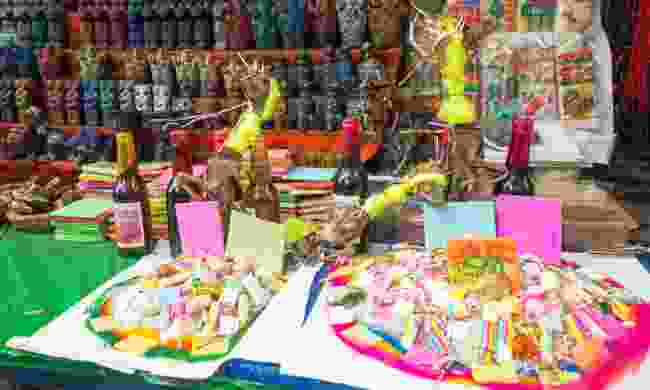 Items for sale at the Witches Market in La Paz (Dreamstime)

With its dried llama foetuses, soap stone figurines and mysterious herbal remedies, the Witches’ Market in Bolivia is aimed at a very particular clientele. But that has not stopped this lively and colourful market from becoming one of La Paz’s most popular tourist attractions – and a great way to experience authentic Bolivian practises often hidden behind closed doors.

The market sells the raw ingredients used in rituals to call on the spirits from the Aymara world. Dried frogs, turtles and snakes abound, as do owl feather and an assorted of herbs. Most are used to bring good luck and prosperity. Others are aphrodisiacs. Some are used for darker purposes, although no Bolivian will admit that to you.

Want to know what the future holds? Witch doctors in dark hats and dresses wander through the market offering fortune-telling services.