Wait watchers: 9 of the world's most beautiful railway stations

From the granite grandeur of Antwerp Centraal to the breathtaking modernism of Liège-Guillemins in Belgium, these railway stations are temples to the romance of rail. Disembark and stay a while. 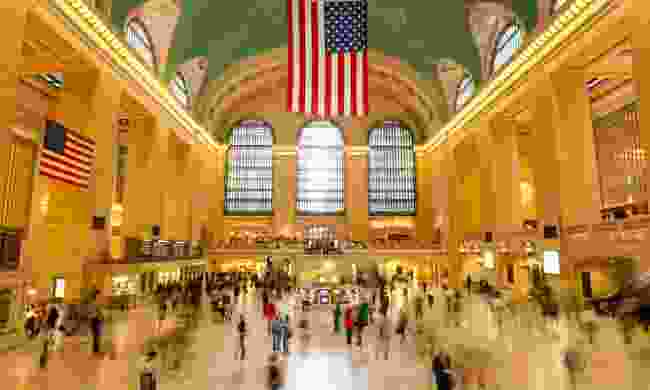 No other railway station in the world captures the romance of rail travel quite like Grand Central in New York. Every day, in every part of the airy main lobby, you’ll witness teary greetings and farewells, hearty business handshakes, and scurrying commuters with their heads down, intent on reaching one of the station's 44 platforms.

Perhaps that's why Grand Station is the sixth most visited tourist attraction in the world, with over 26,000,000 visitors dropping by to admire the Beaux-Arts architecture or to meet under the iconic clock in the main concourse, a design classic by Henry Edward Bedford. 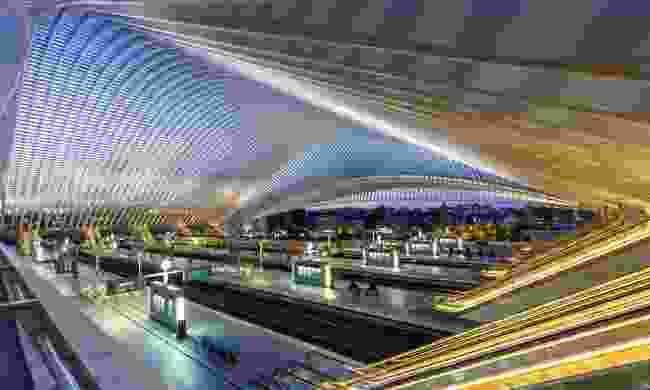 Liège-Guillemins station thumbs its nose at the people who say the golden age of rail is dead. Only opened in 2009 and borrowing heavily from airport-style architecture, the station is a strikingly modern blend of steel, glass and white concrete.

The station was designed by Santiago Calatrava, who wanted the station to reflect the changes in rail travel brought in by the sleek high-speed trains that use it. It only has five platforms – again, a nod towards modern efficiency – and is dominated by a towering 32-metre monumental arch. 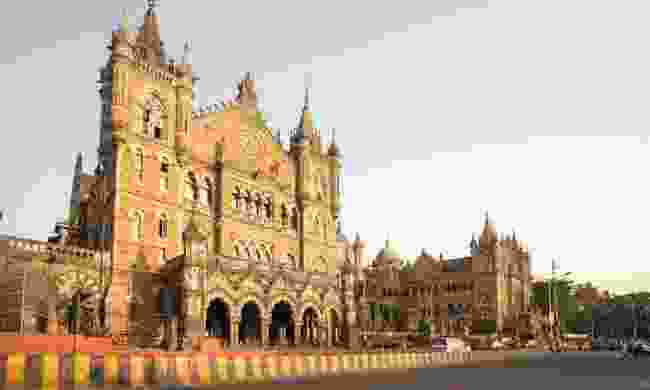 The busiest station in India – beloved and cursed by both commuters and lunchbox-delivering dabbawalas alike – Chhatrapati Shivaji is also its most beautiful. Designed by Frederick William Stevens and built in honour of Queen Victoria’s Golden Jubilee, it is a beguiling mix of Victorian Italianate Gothic Revival and traditional Indian Mughal styles, and is listed as a World Heritage Site by UNESCO.

For much of its life, the station was known as the Victoria Terminus, but changed its name in 1996 to honour Chhatrapati Shivaji – the founder of the Maratha Empire. Most locals still call it Victoria, which is not surprising considering the station’s grand colonial facade. Down on the commuter platforms, however, things are strictly functional, albeit with a tiny sprinkle of Hollywood magic after appearing in the worldwide hit film, Slumdog Millionaire. 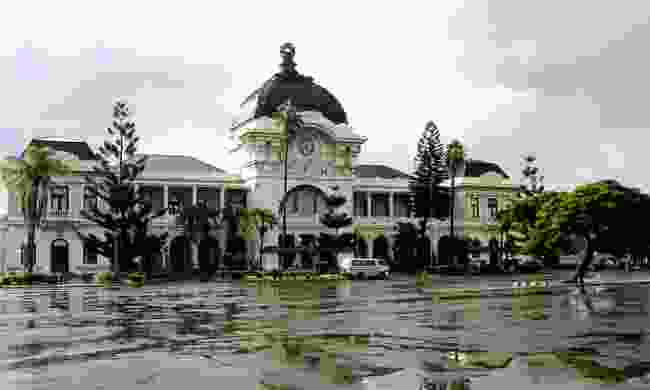 In Maputo, the steamy capital city of Mozambique, you’ll find one of the world’s most extraordinary railway stations. An unlikely jumble of wrought-iron latticework, pillars and verandas, the green and white building is a lesser-known work of Gustave Eiffel, the designer of Paris’s famous Eiffel Tower.

For many years the station was unloved and left to fall into disrepair. But like the rest of the city, it is enjoying something of a revival. The station now also serves as a public art space, displaying the work of local artists and hosting concerts and fashion shows. 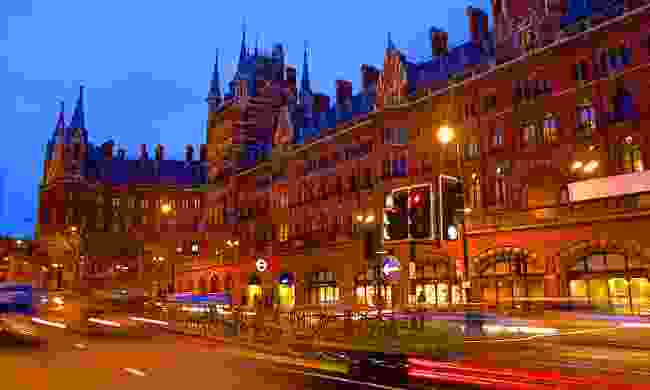 Built on the site of a notorious slum called Agar Town, St Pancras has a colourful history. The building's Victorian Gothic Revival style earned it the title ‘cathedral of the railways’, but by the 1960s it had become redundant, with services diverted to nearby Kings Cross and Euston.

A rowdy public campaign saved the building from demolition, and the opening of the Channel Tunnel revived its fortunes. After a £800 million facelift, it became the London terminal for the Eurostar, opened in 2007 by Queen Elizabeth II. Its regeneration has ushered in the gentrification of the area surrounding it. Once a wasteland of industrial lockups and abandoned warehouses, it is now a bustling area of cafes, restaurants and creative start-ups. 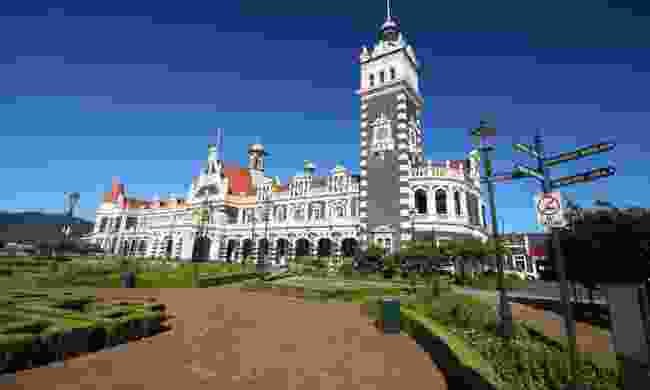 While the futuristic Liège-Guillemins railway station in Belgium heralds an exciting new age of rail travel on the continent, another station in the southern hemisphere is adapting to the real politik of rail travel in that part of the world. Dunedin Railway Station in New Zealand – designed in a revived Flemish Renaissance style – has had to embrace multifunctionalism to survive. As well as serving as the town’s railway station, its upper floor is also home to New Zealand's Sports Hall of Fame and the Otago Art Society. 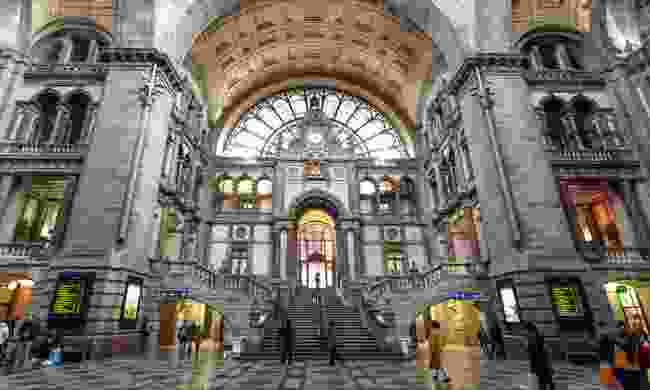 If you had to nominate a station that captures the essence of the great era of rail, you’d be hard-pressed to do better than Antwerpen-Centraal. Solid, imposing, and made of iron, glass, marble and granite, it is the history of continental rail travel writ large.

Just don’t try to pinpoint its style. The terminal’s designer, Louis Delacenserie, famously pilfered a variety of architectural styles, often on a whim. So much so that the fictional architect in W.G. Sebald’s novel, Austerlitz, is declared a genius after listing the full range of Delacenserie’s influences. 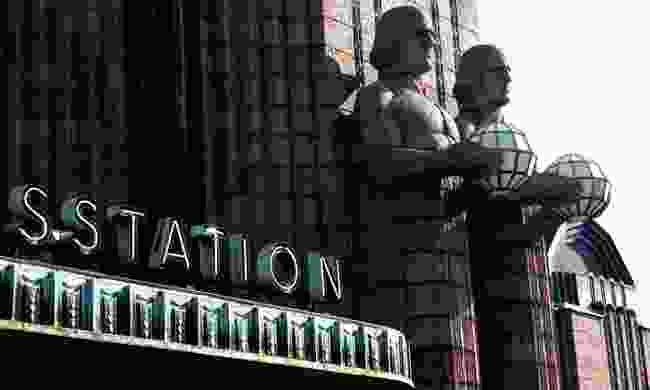 The guardians of Helsinki Central (Dreamstime)

Built in a modern, rational style, Helsinki’s Central railway station is distinctly Scandinavian – right down to the giant lamp-holding guardians who look like they are protecting the entrance to Asgard.

The station was designed by Finnish architect Eliel Saarinen. This version was actually his second attempt after his winning design entry was criticised for being too traditional. It also featured a lounge intended for private use by the Emperor of Russia, but by the time the station opened in 1919, two years after the Russian Revolution, that became redundant. These days it’s used by the President of Finland. 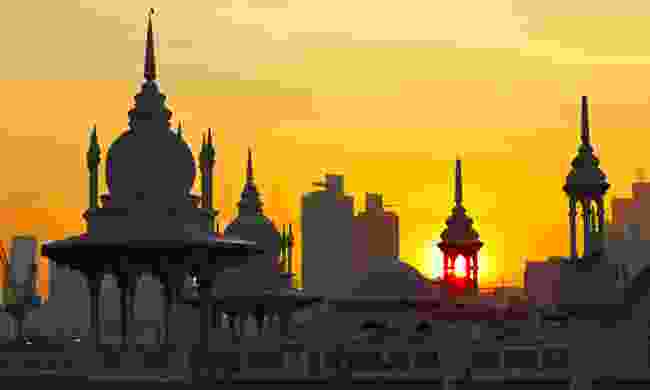 Built in an eclectic Neo-Moorish/Mughal/Indo-Saracenic style, Kuala Lumpur Railway Station bristles with design elements from both East and West.

Sadly, the diversion of long-distance and intercity rail traffic to the city's other station, Kuala Lumpur Sentral, has seen the station become something of a backwater. But as dusk falls, and swifts dart amongst its domes and minarets, there is no sight more beautiful in KL.